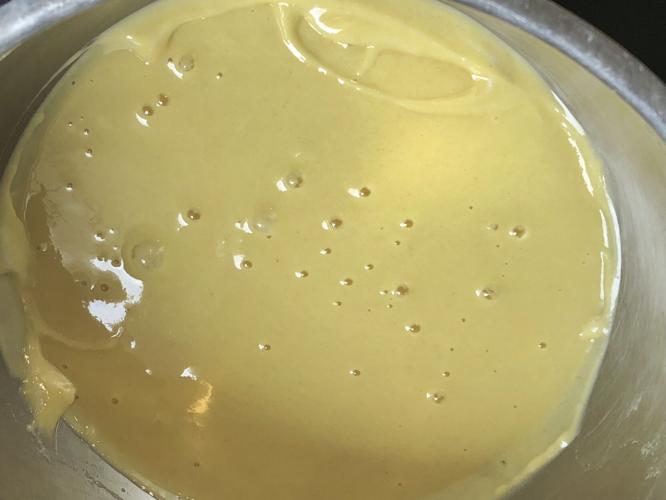 The egg yolk, flour and milk batter ready to combine with the whites. (Courtesy photo) 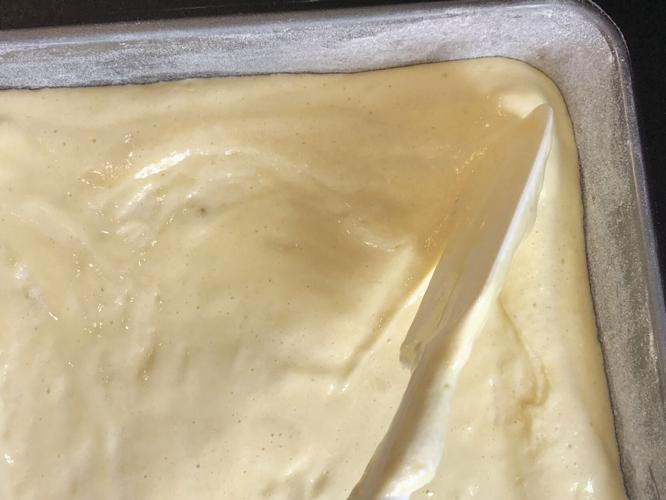 Use the tip of your spatula to build up the batter in the corners. (Courtesy photo) 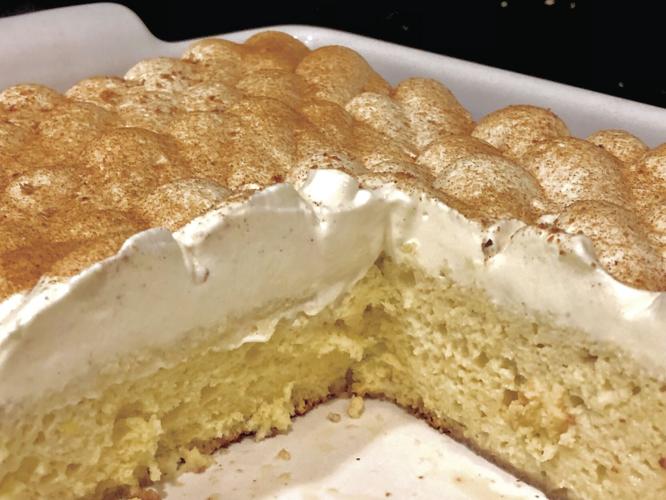 The cake absorbs all of the eggnog. (Courtesy photo) 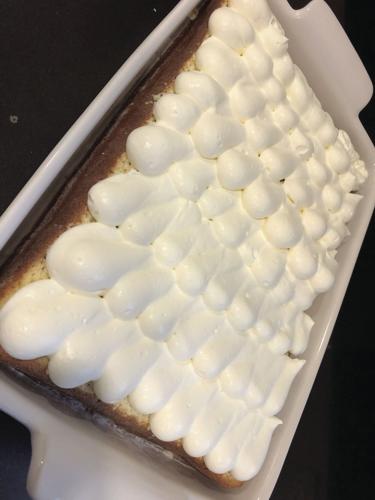 The egg yolk, flour and milk batter ready to combine with the whites. (Courtesy photo)

Use the tip of your spatula to build up the batter in the corners. (Courtesy photo)

The cake absorbs all of the eggnog. (Courtesy photo)

In the spring of 2000 l left the Boston Museum of Fines Arts to take over the food and beverage operation at the Getty Center in Los Angeles, California. Soon after I arrived we started planning the annual Cinco de Mayo celebration for the staff. Our Hispanic cooks taught me how to make this wonderful cake. Since it’s a single layer cake it has fewer steps and this variation is a perfect dessert for New Year's Eve.

What’s important with this style of cake is to ensure the cake is moist with the eggnog or traditional three milks. It’s one reason the cake is refrigerated for a minimum of two hours. The cake doesn’t contain any oil or butter so it can absorb more of the liquid. This is an easy recipe to make since it’s a single layer of cake that you don’t have to remove from the pan. Plus instead of making eggnog you can pick up a quart of your favorite brand in the market.

The sponge cake is very similar to a chiffon cake because you separate the eggs and make two separate mixes that you eventually fold together. However it doesn’t contain the oil or melted butter of a chiffon cake. This recipe calls for firm peaks. Many recipes will call for stiff peaks, which I feel is a big mistake. Stiff peaks collapse when folded, whereas firm peaks don’t since they are still somewhat fluid. Instead of spreading the whipped cream over the top, consider piping the cream using a large pastry back and large plain tip.

Since the cake is saturated with the eggnog, you don’t have to be worried about over-baking the cake. For a chocolate cake you can replace 1/2 cup of the flour with unsweetened cocoa powder. Sift the cocoa with the remaining flour until evenly blended. Another variation is to substitute eggnog with just cooked warm lemon curd poured over the top of the cake.

Preheat the oven to 350°F. Lightly butter a 9x13 baking pan and dust with flour. Tap out the extra flour and set it aside.

In a medium bowl, combine the flour, and baking powder. Stir until evenly blended.

In a large mixing bowl combine the egg yolks and 1 cup of sugar. Beat until fluffy and pale yellow. Add a 1/2 cup of milk and mix until combined. Gently mix in the flour mixture only until incorporated. Set aside.

In another large bowl whip the egg whites until soft peaks form. Then add 2 tablespoons of sugar, and continue mixing until firm peaks form.

Gently fold the egg yolk batter into the whites just until combined.

Pour the batter into the prepared pan and spread the top level. Bake until the cake is golden brown and springy in the top center when touched, about 25–30 minutes.

Remove the cake from the oven and place on a rack to cool for 30 minutes. Using a toothpick or a fork, poke holes all over the top of the cake. Slowly pour the eggnog over the top and sides of the cake allowing it to be absorbed. Some eggnog may remain on the side of the cake, but this will be fully absorbed during refrigeration.

Cover the cake pan with plastic wrap and place it in the refrigerator for at least two hours or overnight.

Whip the heavy cream with the powdered sugar until soft peaks form. Spread or pipe the whipped cream evenly over the cake. In a small bowl stir together the remaining 1 tablespoon of sugar, cinnamon and nutmeg. Sift evenly over the top.

The New England Coffee Festival is taking place this weekend. Which events are you most looking forward to?