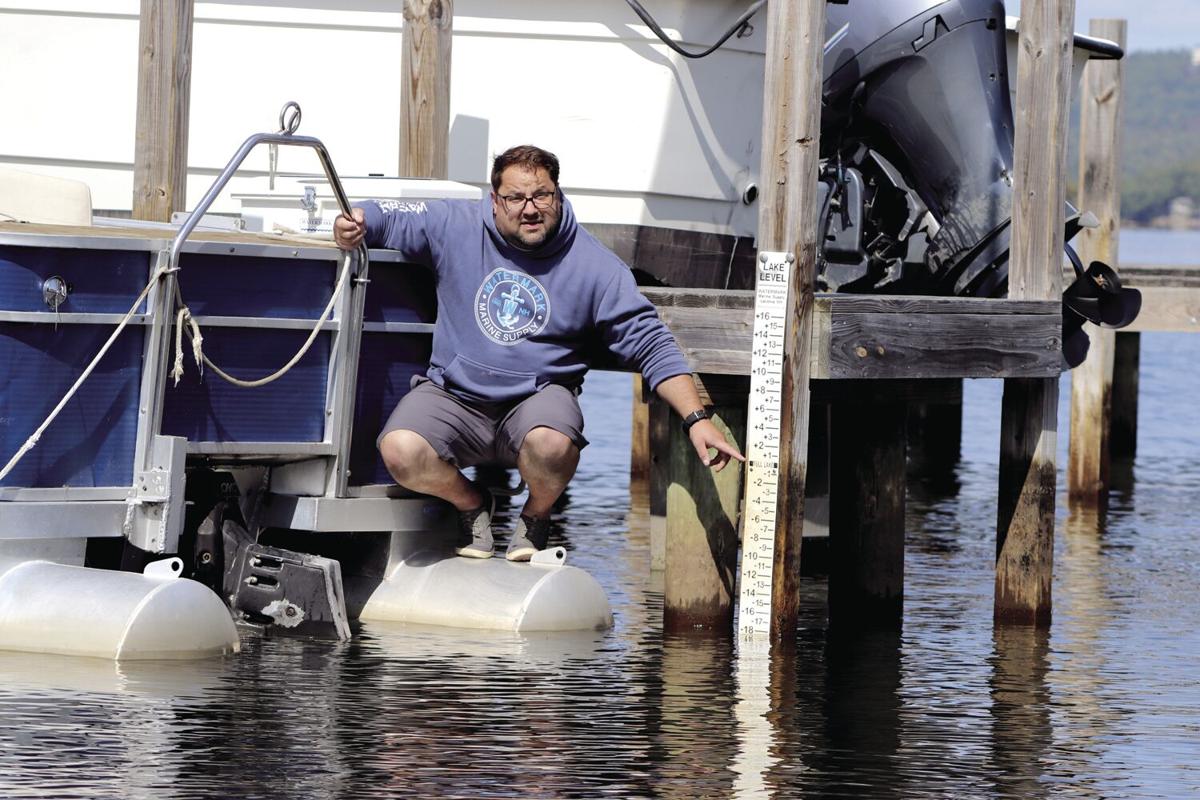 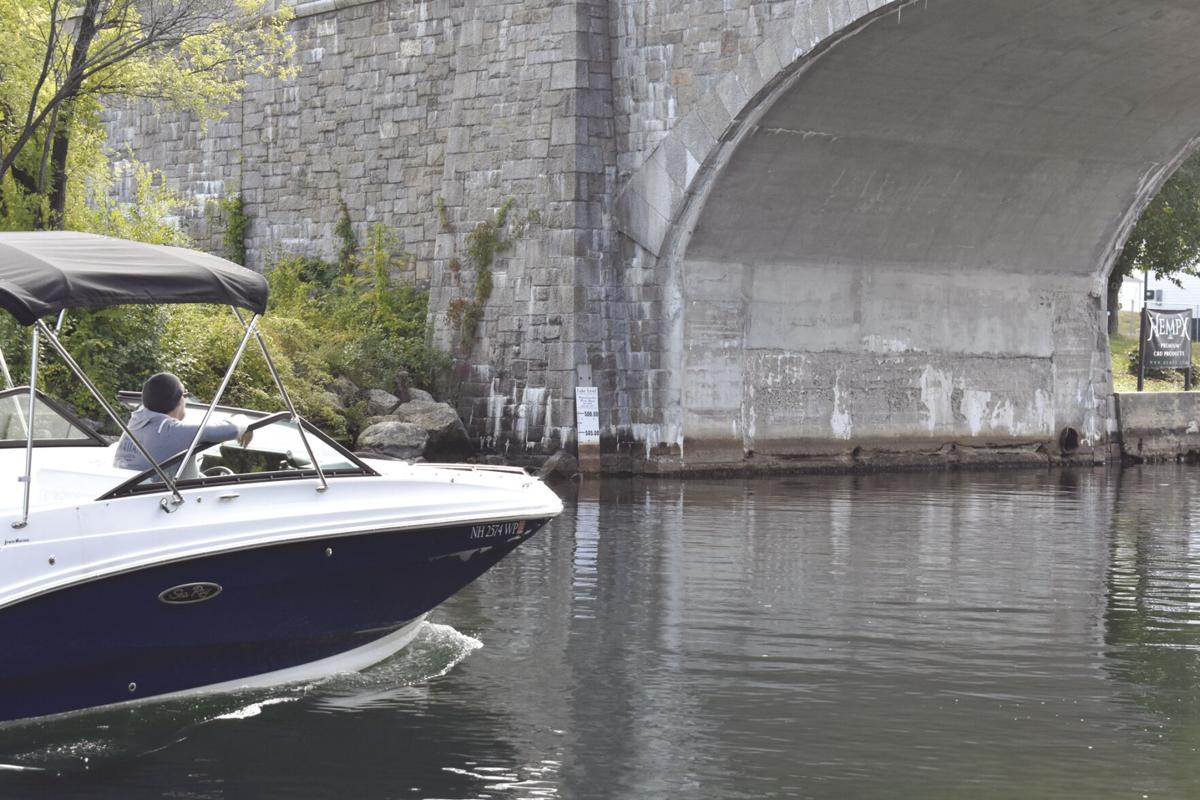 A boater passes through the Weirs Channel on Friday morning. Lake levels are well below normal for this time of year. (Adam Drapcho/The Laconia Daily Sun photo) 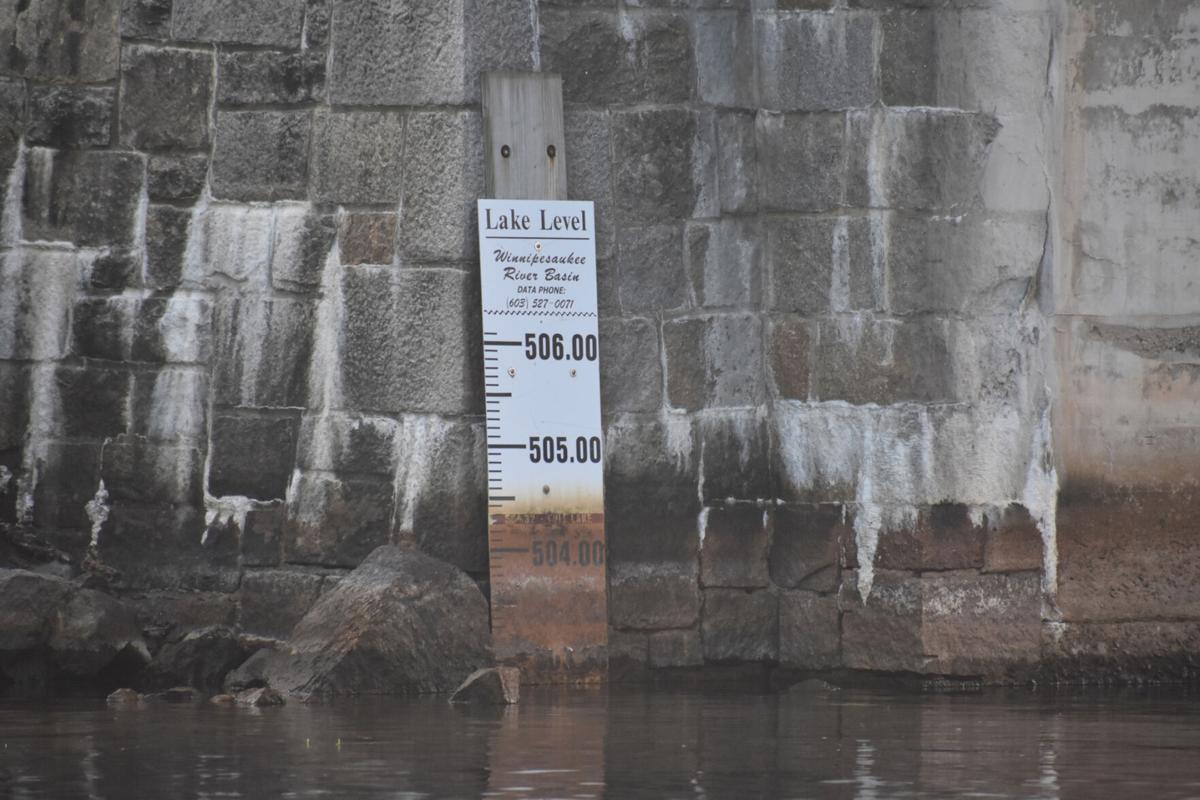 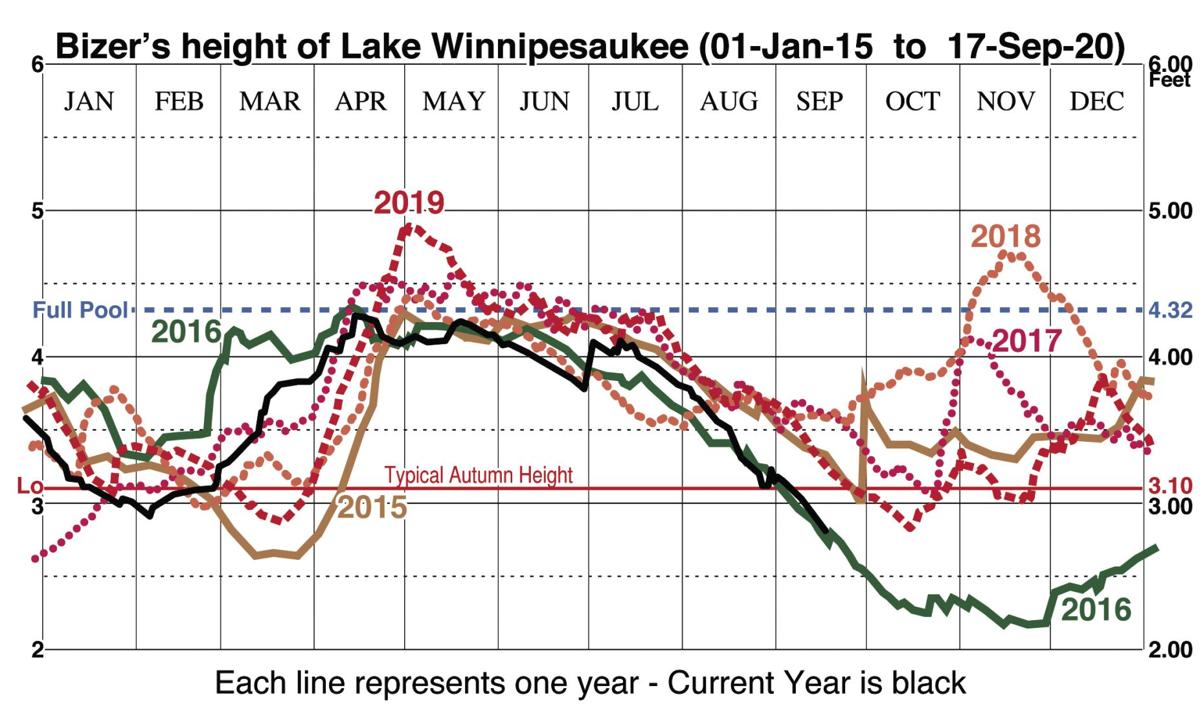 This chart shows the height of Lake Winnipesaukee from January 2015 through September 17, 2020. Each colored line represents a different year. (Courtesy graphic/Bizer)

A boater passes through the Weirs Channel on Friday morning. Lake levels are well below normal for this time of year. (Adam Drapcho/The Laconia Daily Sun photo)

This chart shows the height of Lake Winnipesaukee from January 2015 through September 17, 2020. Each colored line represents a different year. (Courtesy graphic/Bizer)

It has been a great season for boating – and if you need a second opinion, head to a local marina and ask to see all the empty space in their showroom. Social distancing and travel restrictions made boating an attractive alternative to other summer plans, and lots of hot, dry weather made for a string of perfect boating weather that seemed to have no end in sight.

That is, unless boaters were to look down, into the lake, because that summer of sunshine has left a lake much lower than usual. That’s leading some to suggest that people should pull their boats from the water and hope that next summer has its share of sunshine.

“We would put out the warning to people, particularly if they aren’t year-round residents, they may want to look at their docking situations now,” said Tim Dunleavy, captain with the New Hampshire Marine Patrol. “If you wait too long, you may be employing a barge and a crane to get your boats off the bottom, or off the lift.”

Jamie Irving, permitting coordinator for Watermark Marine Construction, said Lake Winnipesaukee is about 18 inches below what is considered “full lake level,” and that boaters could soon find themselves in trouble if their dock is in somewhat shallow water, or if their lift won’t drop their boat low enough to reach the water level.

“We did send out a blast email to our mailing list where we warned people of this exact issue,” Irving said. Hiring a crane and a barge to retrieve the boat would come with a staggering bill, and less expensive alternatives – such as dragging the boat to deeper water – could result in a similarly expensive hull damage. That’s why he suggested turning the page on the 2020 season.

“The absolute best recommendation is, boating season is essentially over. The risk to reward is not worth it,” Irving said.

That’s not to say that the lake is no longer navigable. Dunleavy said the hazardous areas of the lake are well-marked, and boaters should be confident in their safety as long as they stay between the buoys.

“This lake, for decades, has marked those places of hazard very well,” Dunleavy said. The danger comes when it’s time to leave those travel lanes and head to shore. Rocks or shoals that are within 150 feet of shoreline aren’t marked, and boulders that boats have safely passed over all summer might suddenly have an appetite for a propeller. “Around sandbars, approaching the shore is where you need to be careful,” he said.

It’s actually a lost propeller that is the reason that Winnipesaukee boaters have such a detailed map to guide them. The must-have map for boaters on the big lake is made by Bizer, a company owned and operated by Stewart Woodworth, who started boating on Winnipesaukee in the early 1990s.

“My first year on the lake, I ran aground,” he said. He was puzzled, because the map he was using showed no hazards where his mishap occurred. His complaint to the mapmaker was returned with a shrug, so he decided to make his own map.

Woodworth said he has records from the state’s Dam Bureau going back to 1982, and by his figuring, this is the fourth lowest the lake has been at this time of the season.

“I would say it’s abnormally low, but I wouldn’t call it historically low,” Woodworth said. “It’s low enough to cause concern.”

Winnipesaukee is about three to four inches below normal fall levels, but the historic low mark is another three inches lower.

Boaters who decide to take their chances and get stuck therefore shouldn’t blame Woodworth’s maps, which he said are written “on average fall levels.”

The conditions creating the low water have been in the works for almost a year, according to Paul Venuti, commander of the Lakes Region Sail and Power Squadron, a boating safety and advocacy organization.

“This past winter, it was a real light winter for snow,” Venuti said. He has been a lakeside resident for 18 years, and has been coming up to boat on Winnipesaukee since 1985. His experience tells him that boaters should pack it up and be thankful for the season that was. He’s thinking about doing that himself, even though he usually keeps his boat in the water until Columbus Day.

“I’ve considered pulling mine early, too,” Venuti said. “We’ve had a lot of wind and rain – showers, not beneficial rain – and a lot of wind this year, which makes for rough waters.

“I feel there’s going to be a long, hard winter, a lot of early winter and hard winter conditions.” Venuti noted that good summers are usually followed by harsh winters, and it’s best to get boats put away before the conditions turn.

“I think it’s going to be early, the sooner they get them out, the better for them, with the water being low now. That’s just my feeling, from what I’ve observed over the years,” Venuti said.

Boating has always been a dance with nature, and the seasoned boater knows when the song is over.

Irwin takes 91-year-old wooden boat out for a spin

LACONIA — When Bill Irwin was a boy, his mother would go out on The Weirs boardwalk with a bull horn and invite people to take a thrill ride o…