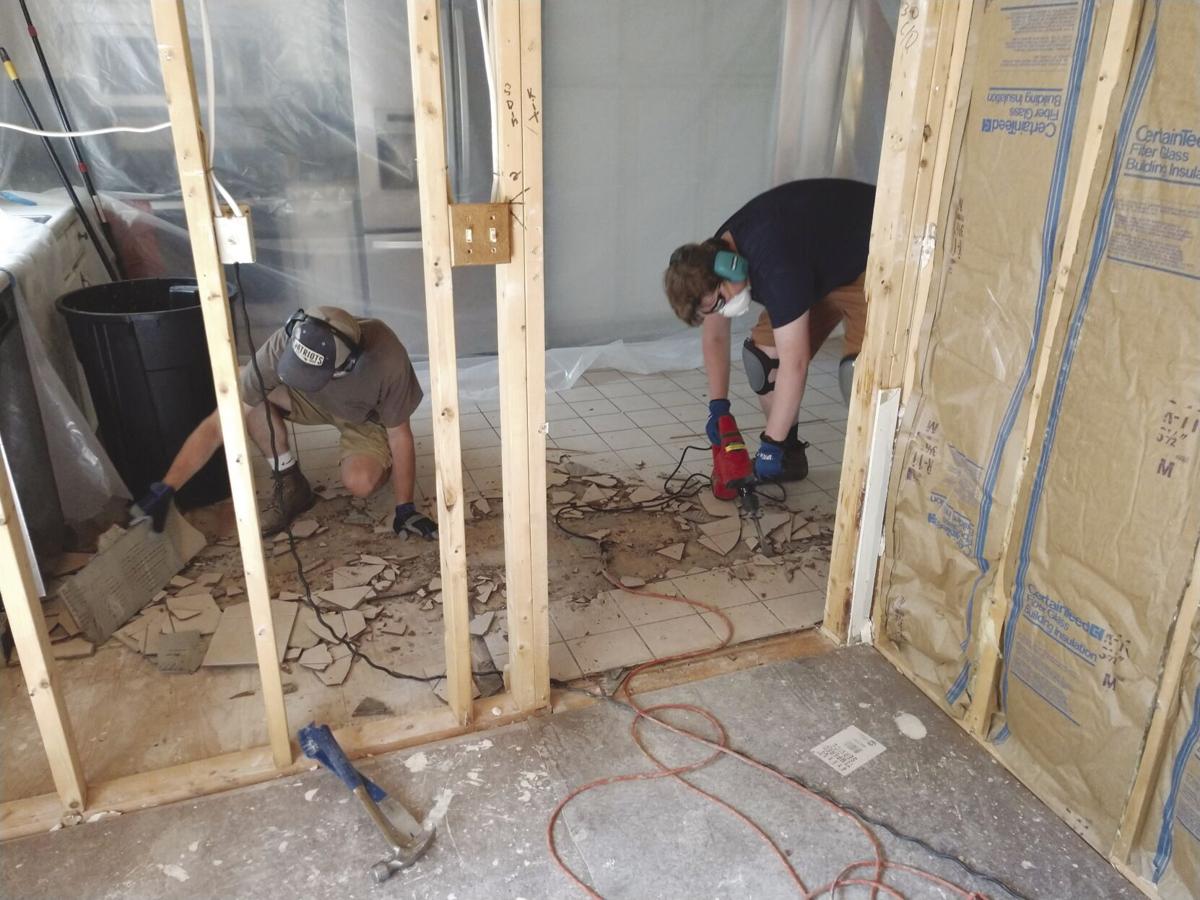 Nathaniel Harding, right, and Brandon Howe of Image Contracting in Bedford work on floors during a recent project. (Courtesy photo) 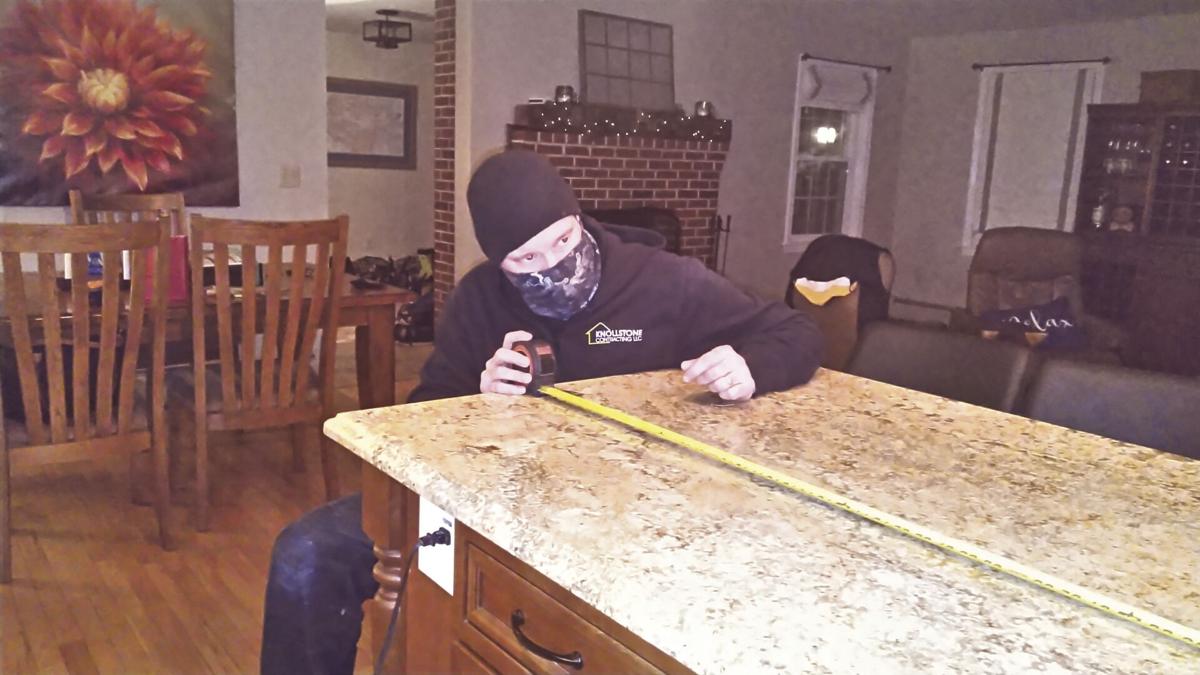 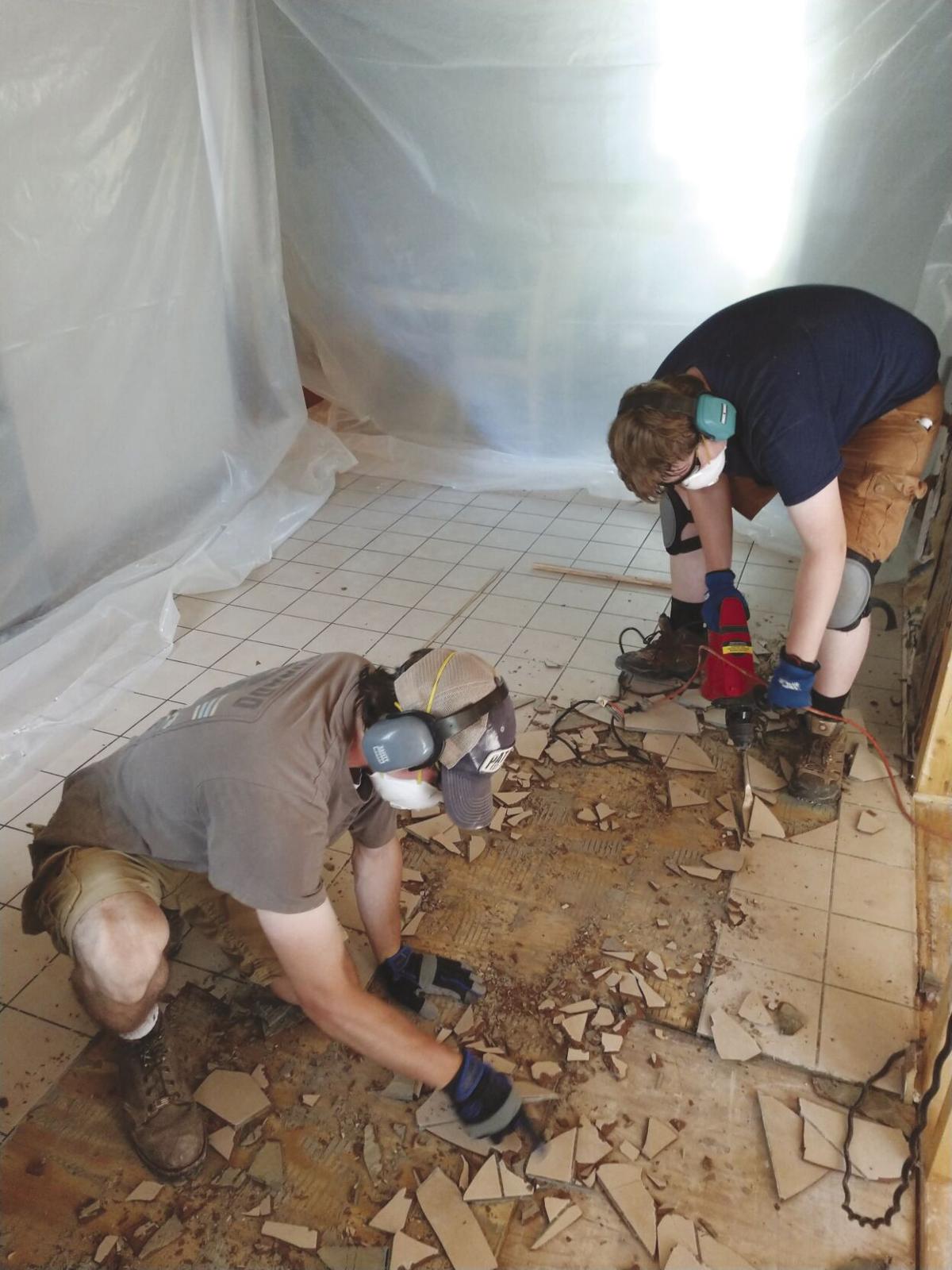 Nathaniel Harding, right, and Brandon Howe of Image Contracting have had no shortage of work despite the pandemic. (Courtesy photo)

Nathaniel Harding, right, and Brandon Howe of Image Contracting in Bedford work on floors during a recent project. (Courtesy photo)

Nathaniel Harding, right, and Brandon Howe of Image Contracting have had no shortage of work despite the pandemic. (Courtesy photo)

Contractors, like most other businesses, were hit hard when the COVID-19 pandemic first hit in March.

The majority of clients who had committed to projects opted to back out due to uncertainty about having someone else in their house. But unlike many other professions — most anything indoors comes to mind — the lull for contractors was only a blip in the grand scheme of things.

Greg Baier, owner of Knollstone Contracting in Concord, saw business plummet early on during the pandemic, but it quickly sprang back.

“We lost every project we had scheduled for indoors. I was sending back thousands of dollars in retainers. People didn’t want us in their houses,” Baier said. “Now I can’t go five minutes without the phone ringing. All of the money they had spent on other things like vacations they instead (now) are spending on (home) projects.”

It was a similar scenario for John Harding, who has owned Image Contracting in Bedford for 10 years.

Image Contracting shut down for about three months, until the demand for work came back.

“As soon as the warmer weather came around and people had been stuck at home for a while they realized we could do work outside,” Harding said. “We were inundated with decks and porches to improve people's outdoor spaces. We definitely did get hit initially but thankfully it turned on like a switch and it has been non-stop since then.”

Despite also having to close up shop for a time immediately after the pandemic hit in March 2020, the year was actually more successful than the previous year for Baier and Knollstone. Sales were up 18 percent. And through almost two months, Baier is projecting more than a 30 percent increase for 2021.

“In the first two months of this year, I've done more estimates than I would normally have done in six months of last year,” he explained. “With people not taking vacations, the housing market skyrocketing, and tangible cash on hand for the families not as affected by the pandemic as others , the amount of additions, finished  basements and decks has soared since late summer/early fall.

“It's actually gotten to the point where my wife has told me I need to slow down before I have a heart attack.”

Gary Abbott, executive vice president of the Associated General Contractors of New Hampshire, which represents commercial and individual contractors as well as government highway contractors, attributed the increase in business to an almost seamless transition from pre-COVID work to the current state.

“A big reason (contractors) have been successful during COVID is that our association here in New Hampshire worked quickly with the Department of Transportation to set up rules and requirements, like wash stations and sanitizing on job sites. By doing that early - even before executive orders by the governor - workers learned how to navigate during COVID. And that quick work then trickled down in private work. Then came along Gov. Chris Sununu and CDC requirements and it all lined up well. The economics of construction clearly has been a success story.”

Even when the cold weather rolled around again, contractors saw demand for indoor renovations stay steady. With almost a full year of knowledge about the virus and how to stay safe, Granite Staters are feeling comfortable with contractors and subcontractors entering their homes.

Laura Valleau Healey of Nottingham and her husband Tim started renovating their basement before the pandemic. Although Tim planned to do most of the work himself, the Healeys decided to hire contractors to do the ceiling, floor and electric work.

The Healeys hired John C. Pratt Company of Rochester to do the ceiling in their basement for a few days this month. Healey said that Pratt and the other contractors who they hired and got estimates from were more than willing to take precautions.

“(Tim) greeted them in the driveway and asked if they had masks. They said yes and put them on and wore them the whole time,” she said. “They were very respectful of our space. It all went very smoothly.”

Baier, of Knollstone Contracting, said his crew of seven full-timers and three part-timers all wear masks. And for added safety everyone is tested bi-weekly. With his staff working close together and in someone else’s space, he figured it was the right call.

“I feel in good conscience everyone who works inside should be doing it. It just made sense to me,” said Baier. Still, he’s had to adjust to customers’ varying levels of comfort: one couple talked to him through a sliding glass door for an hour for a deck estimate despite his safety.

The onus of being safe isn’t only on the side of contractors. Homeowners, especially if they are going to be in close proximity, need to adhere to the wishes of those they hire.

“I’ll completely refuse to work on a job site if the homeowner isn’t wearing a mask,” said Jeff Linton, owner of A Cut Above the Rest, an historic homes contractor in Wilton. “If they don’t believe in wearing a mask, I’ll walk away. If they can’t follow that simple rule I’d rather be safe than sorry.”

Linton had back surgery in December 2019. Between rehab and the pandemic he lost almost a year of work, so now that he’s back he takes his safety seriously.

“I’m not going to cross that line,” he said. “If it costs me a job then so be it. I have plenty of work coming up and plenty of loyal customers.”

Many homeowners have now been stuck in their home working remotely for a year looking at the same four walls. The work they intended to do for years still remains undone, taunting them; some need more living space for kids or parents. There are a myriad reasons to start construction, even during a pandemic.

“Homeowners may have wanted to remodel their kitchen and never got to it,” Harding said. “We’ve had a flood of basement work not only because they want an increase of living space but also want separation for the family.”

The work shows no sign of slowing down. Estimate requests are also coming in fast and furious. Baier said he did 27 in 31 days in January. Harding has to work seven days a week in order to keep his head above water.

Contractors are facing a surge in demand at the same time that they’re navigating a surge in prices for materials. Prices for some essential materials have doubled: a 2x4 that was $2.38 in February 2020 is now close to $5; a sheet of plywood rose from $26 to $57. The instability and unpredictability of materials costs has forced workers to guarantee estimates for a short time. Or, the cost can change once the materials are bought.

Harding likened the fluctuation to playing the stock market.

“One thing that has been difficult is working to (meet) quotes and estimates regarding materials because they are subject to the price when I acquire the materials,” he said. “If I give a quote in September and don’t start the job until January there could be an increase by 20 percent.”

Janet Martinez, owner of Loudon Building Supply, said her second-generation company only saw a minor slow down early in the pandemic. Normally, 95 percent of business at Loudon Building Supply is done with contractors, but Loudon has seen a 25 percent increase in homeowners shopping for projects they’re completing themselves.

The biggest difficulty for Martinez has been the ability to get products. Lumber has been hard to come by, or takes much longer, which in turns makes contractors’ jobs much more arduous.

She said with Boise-Cascade, a supplier of engineered wood products and lumber, there is just no cedar to be bought from Canada due to limited COVID restrictions and skilled labor to run the mills lacking.

“We had a little lull on some materials and their price came down to something reasonable and then it shot right back up,” Martinez said. “It’s been a rough road to satisfy our customers. We’ve had to back off on our profit in order for them to get a job and finish the job.”

According to a press release on February 17 by Ken Simonson, chief economist at the Associated General Contractors of America, “a government index that measures the selling price for materials and services used in new nonresidential construction increased 2.5 percent from December to January and 10.7 percent since April.”

“The government data was collected more than a month ago, and numerous sources indicate price increases have continued or even accelerated since then,” Simonson added.

Simonson added that tariffs on imported goods have been a factor, too, and his association is pushing President Joe Biden to rescuing them.

Some homeowners prefer not to be involved in the nitty gritty details but still want the outcome they envision. An interior designer, along wi…