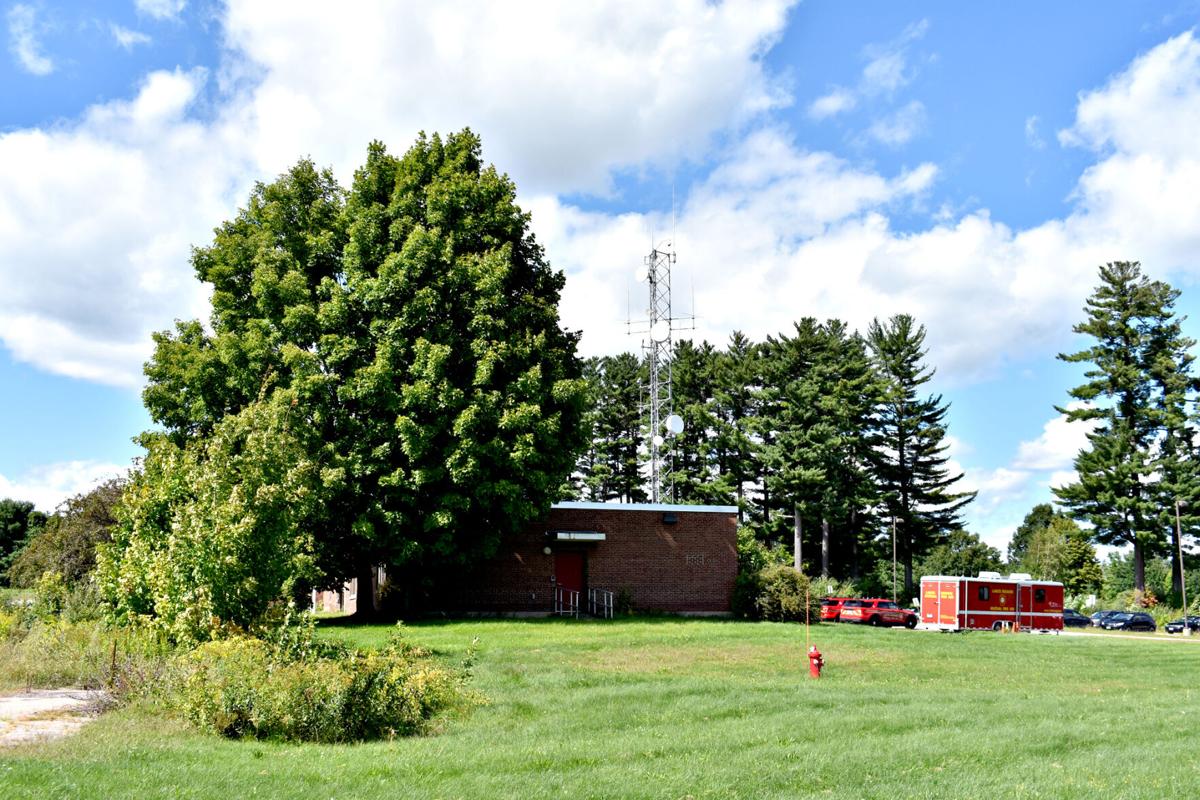 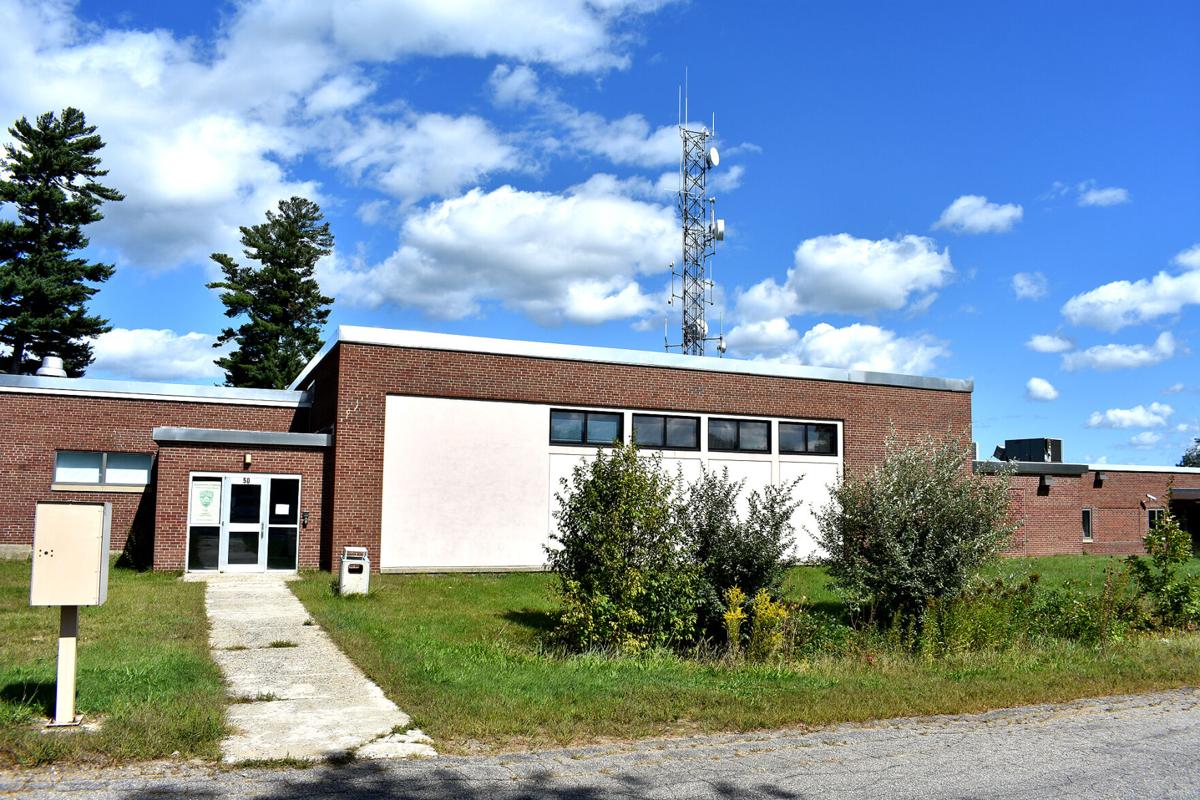 LACONIA — Since 2012, a single-story brick building on the Laconia State School property has been the regional headquarters for both 911 and Lakes Region Mutual Fire Aid, which coordinates firefighting and ambulance assistance for 35 communities stretching from Strafford to Waterville Valley. It’s an area roughly the size of Rhode Island, representing approximately one-third of New Hampshire.

Now the future of this headquarters is uncertain as the state entertains proposals from national real estate marketers to sell the 217-acre state school parcel, which has enviable frontage on Route 106 and commanding hilltop views.

It’s a prospect that worries emergency service coordinators who rely on efficient radio transmission, uninterrupted high-speed internet, cost sharing whenever possible, and a host of NH municipalities to pay the operating expenses for LRMFA, which run about $1.4 million each year. In short, 911 and Lakes Region Mutual Fire Aid do not want to move.

“We couldn’t build as perfect a location as we are in today,” the site of its operations for 20 years, said Jonathan Goldman, chief coordinator for LRMFA. The agency handles about 28,000 emergency calls each year, and serves about 110,000 residents as far west as Wentworth and Dorchester. LRMFA coordinates mutual assistance and emergency coverage, providing fire and EMS dispatch, is wired to fire alarms in Laconia, and furnishes training for member fire departments in an area covering 1,600-1,800 square miles. Estimates to move just LRMFA run roughly $7 million.

“We’re just trying to keep the pressure on (state officials) and have them understand the problems this could create,” Goldman said.  “It’s my hope that the governor comes to us and says, ‘Hey, this is our plan.’ Then if it’s a bad idea, we’ll have time to plan.”

Some of the biggest problems remain the unknowns. “What are the ancillary consequences of the sale? No one seems to know yet,” said Mark Doyle, director of the New Hampshire Department of Safety, Division of Emergency Services and Communications.

The 911 center, which is located on the other side the building from LRMFA, is staffed around the clock and serves as a “complete, separate duplicate system” for the entire state, said Doyle. “We wouldn’t have a backup location unless we have time” to establish a new one. A mobile system can be deployed in emergencies, but, “This is our only physical backup for 911,” Doyle said.

Friday is the last day the state can receive proposals from national real estate firms interested in marketing and selling the state school property, which includes the 17-acre site of the emergency services dispatch agencies. On Monday, Goldman will meet with New Hampshire Commissioner of Administrative Services Charles Arlinghaus to review issues concerning the sale, which will require final approval by Gov. Chis Sununu and the Executive Council.

Executive Councilor Joseph Kenney, who serves the Lakes Region, said he’s been personally contacted by at least three entities interested in the property, including one that is willing to work with public safety on a mutually acceptable solution.

The building functions as the state’s backup command center for 911 dispatch should the main emergency communications center in Concord go offline for any reason. Its current strategically advantageous location boasts a direct line of sight to a radio transmission tower on top of Mt. Belknap — a resource used by both 911 and LRMFA. The entire state school property, adjacent to Ahern State Park, is considered desirable for residential, resort or a hybrid of uses, and is a favorite spot for locals who hike, walk their dogs and enjoy picnics.

The heads of 911 and LRMFA, plus state representatives and leaders from member towns that depend on LRMFA, hope the state will be willing to carve out a plot so that emergency operations can remain — whatever happens to the rest of the piece.

“They should carve out a tract here and leave this alone. That would be the logical solution,” said Chief Michael Sitar of Tilton-Northfield Fire & EMS, who is board president of LRMFA.

Relocating 911, which occupies one end of the building, would run about $10 million, said Doyle. The $17 million price tag to move each service separately would likely drop to $15 million if the two providers relocated together, where they could still share infrastructure and some support staff.

For LRMFA, the cost of uprooting and re-establishing service in a newly constructed or renovated building would be prohibitively expensive and might force some communities to withdraw, Goldman said. This would make the service more expensive for those remaining, and pose a significant burden on taxpayers. Goldman estimates that member towns could be required to pay $200,000 a year or more if LRMFA moves.

This would be especially difficult for Ellsworth, which has only 86 residents, Goldman said. Currently, Moultonborough pays $109,000 annually, the second-highest bill based on property evaluation. LRMFA’s total operating costs remain the same, regardless of how many communities participate. “As an organization, we’ve never thought about a new building,” Goldman said.

NH Rep. Sallie Fellows of Holderness, one of LRMFA's member communities, said Friday that if necessary, she will introduce legislation to remove the parcel containing 911 and LRMFA from the sale.

“It’s relatively easy to carve out a pad here for this to be separate. That would be simplest and easiest,” said NH Rep. Norman Silber of Gilford.

Fellows said there is still time to amend the map of the property that will ultimately change hands, and either exempt the emergency services building, or carve out a 12 to 17-acre parcel that will remain independent.

“There is a good chance the governor will understand these arguments and say, ‘Just pull it out.’ But we can’t count on it,” said Fellows. “COVID could get worse, and this could not get the attention it needs.”