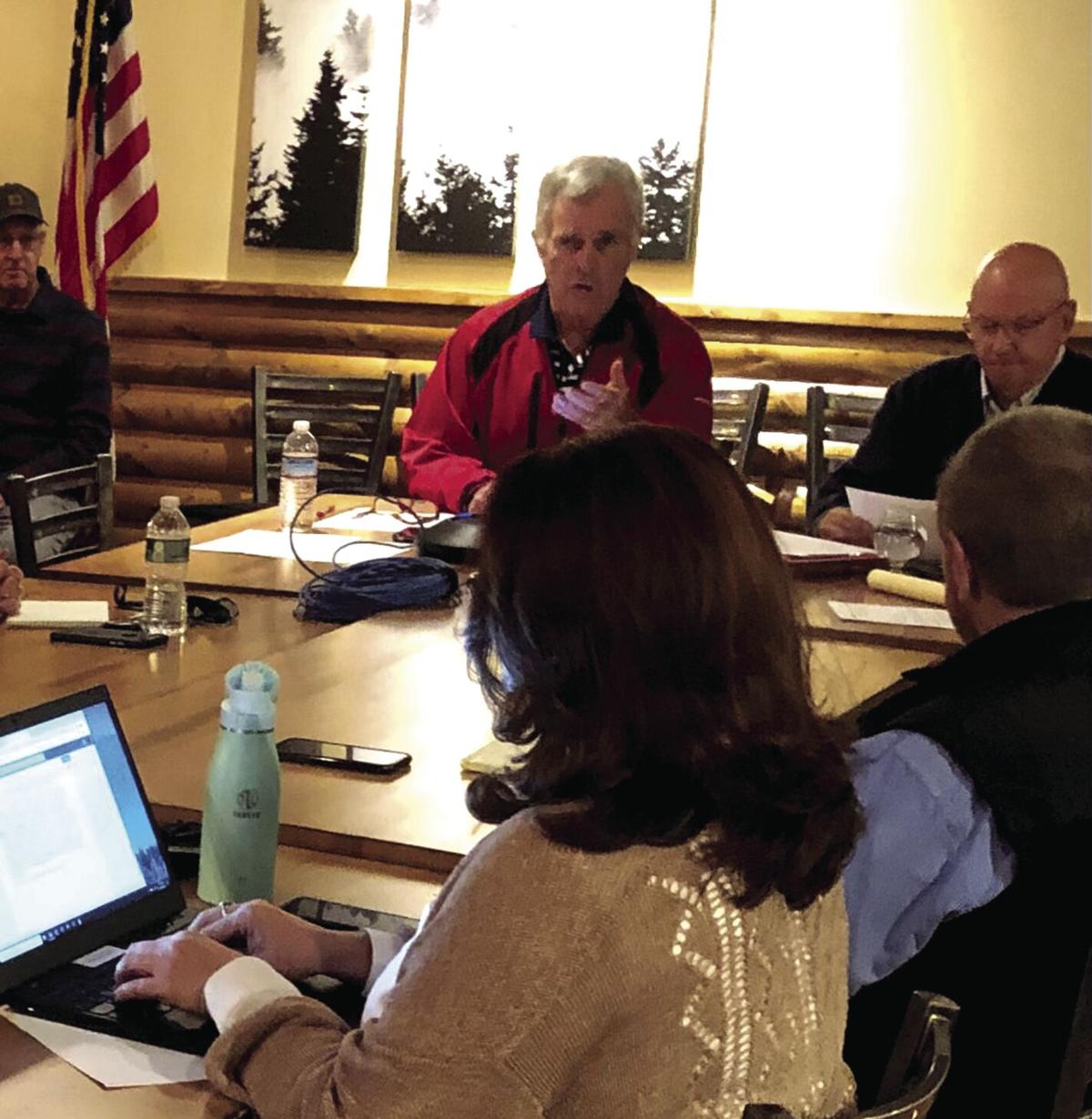 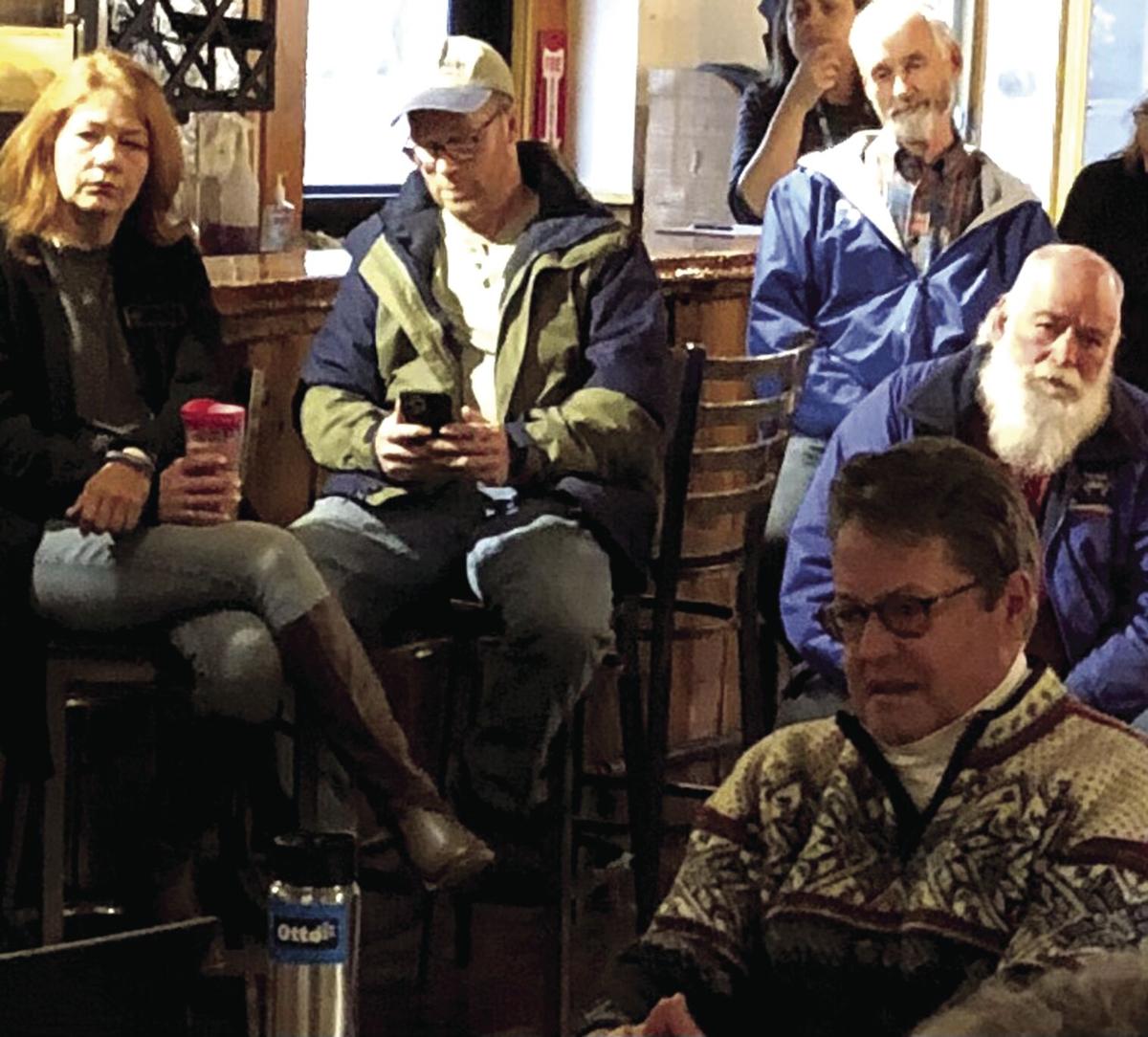 GILFORD — Fearing the Belknap County Delegation intends to oust a majority of the members of the Gunstock Area Commission in the coming days, the board is asking a judge to intervene to prevent that from happening.

By a vote of 3-2 the commission voted Wednesday to have its attorney file a motion seeking an injunction to prevent the delegation from removing any members of the commission during a meeting scheduled for Tuesday evening.

The vote came at the conclusion of a one-hour meeting held at the Gunstock base lodge. Gallagher, Kiedaisch, and McLear voted to have an attorney begin the legal process, while Commissioner Jade Wood, who joined the commission two months ago, and fellow Commissioner Peter Ness voted against.

No motion had been filed in Belknap Superior Court as of 3 p.m. Wednesday. The courts are closed Thursday because of the Veterans Day holiday.

Kiedaisch said the move to remove him and the two others was in reprisal for their attempt last month to have Ness removed for allegedly attempting to sell to Gunstock a computer software program in which Ness has a vested interest.

Gallagher, Kiedaisch, and McLear charged that most members of the delegation have already made up their minds to remove the three and so the outcome of Tuesday’s public hearing is a foregone conclusion.

Besides coming on the heels of the Ness matter, the potential of an upheaval in the Gunstock Commission arises two weeks after Gunstock unveiled plans for a major expansion, and the delegation’s vote that Gunstock should not be run as a business.

The three commissioners contend the delegation’s leadership wants them removed and replaced with new members who will go along with the idea to lease Gunstock to a private operator.

Ness, who was seated at the opposite end of the table from the rest of commissioners, pushed back as Kiedaisch repeated the allegation that Ness had more than once tried to sell his ski instruction software to Gunstock despite being told several times to stop.

As to Tuesday’s scheduled delegation meeting regarding the presence of Gallagher, Kiedaisch, and McLear on the commission, Ness said, “What the delegation chooses to do is something you are not in control of.”

The commissioners were the only ones who spoke during the meeting.

Asked to comment after the meeting ended, Sylvia declined.

“I am not going to make any comments to The Daily Sun,” he said as he left the meeting room in the Gunstock Base Lodge. “You are clearly reporting from the bias of Gunstock and Commissioner Kiedaisch. So that’s the comment for today.”

Sylvia, however, believes the three commissioners have been involved in actions that “raise grave concerns and possible questions of criminal activity,” according to what Sylvia wrote in a memo, a copy of which was provided by Kiedaisch.

In the memo, Sylvia suggests they may have violated the laws against bribery, improper influence, and official oppression. But nowhere does he specify in what way the commissioners might have broken those laws.

“The question for the delegation to consider is if the actions by Commissioners Kiedaisch, Gallagher, and McLear rises to the level of removal for cause...”, his memo reads.

“They haven’t said what the cause is,” McLear told the meeting. “I say let’s take the matter to court.”

Kiedaisch told the meeting that Sylvia had twice asked him to resign from the commission, and in one instance presented Kiedaisch a prepared letter of resignation for him to sign. On both occasions Kiedaisch refused, he said.

He also told the meeting that on Oct. 16, state Rep. Norm Silber told Kiedaisch, Gallagher, and County Commission Chair Peter Spanos, that he controlled a block of 13 to 14 votes on the delegation. Given that, Silber said the commission’s request that the delegation remove Ness was “dead on arrival.”

On Oct. 25, Gunstock Commission attorney Thomas Quarles formally asked the delegation to disqualify itself because it had decided the matter before hearing any evidence. Sylvia called the attorney’s letter an “attempt to intimidate the delegation” and suggested the commissioners had not followed the Right to Know Law with regard to the matter.

The delegation declined to remove Ness, arguing that since Gunstock had not bought the software nothing improper had occurred.

Besides wanting Gunstock leased out to a private operator, Silber and Sylvia are working to introduce legislation that would abolish the Gunstock Area Commission altogether, making the facility a county department which would give the delegation ultimate control over Gunstock’s budget.

In the meantime, Sylvia’s memo states that if Gallagher, Kiedaisch and McLear are removed the delegation should consider making an emergency appointment so the five-member commission would have a quorum, and then appoint people to the two remaining vacancies at a later time.

Kiedaisch predicted that if he, Gallagher, and McLear are ousted, Ness will become the next commission chair.