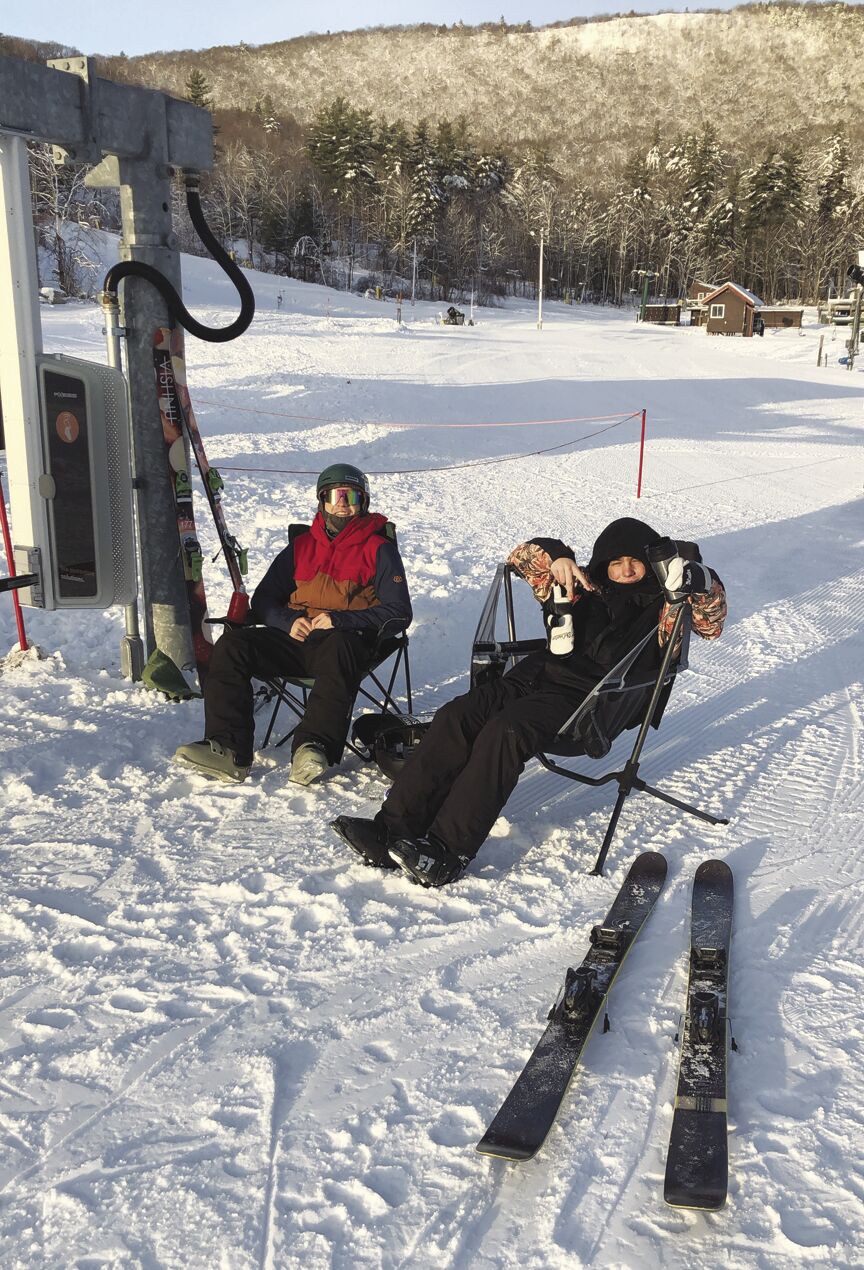 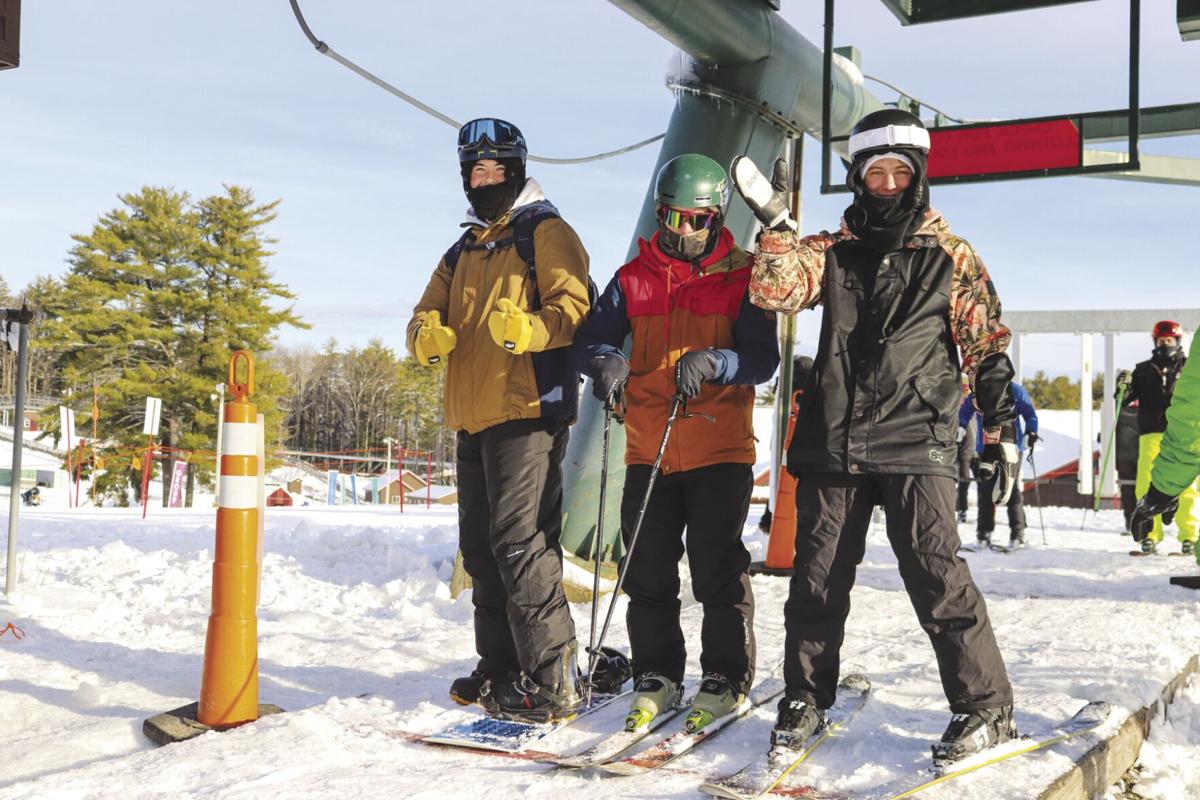 Sam Bonner and Evan Griffin, both 17-year-old high school students and instructors for the Gunstock Snowsports School claimed the “Most Stoked” award and owned the day before it even began. (Courtesy photo)

Sam Bonner and Evan Griffin, both 17-year-old high school students and instructors for the Gunstock Snowsports School claimed the “Most Stoked” award and owned the day before it even began. (Courtesy photo)

GILFORD — Gunstock Mountain Resort is now open for the Winter 2020-21 Season. On opening day, however, there were two young men who undoubtedly claimed the “Most Stoked” award and owned the day before it even began.

Sam Bonner and Evan Griffin, both 17-year-old high school students and instructors for the Gunstock Snowsports School, showed up extra early the morning of opening day on December 11. They were not scheduled to work, just really excited to take their first runs of the season and to hopefully nab the coveted first chair. So in anticipation of an eager crowd, they decided to camp out at the Ramrod lift, Black Friday style.

“Sam called me the night before and said, ‘Wanna do something dumb? Let’s go camp out for the first chair at 7 a.m.,’” Griffin said. “And thus, the plan was born.”

Lifts were scheduled to begin spinning at 9 a.m., but the two enthusiasts showed up at 7 a.m. fully dressed in their ski gear and set up shop at the Ramrod lift. They pull down their masks for a few quick photo ops and posted their triumphant arrival on their Instagram account, @gunstocklocals.

Despite their valiant effort to get first chair, their plan was thwarted when they realized that Gunstock’s President and GM, Tom Day would be taking the seat for his first full season at the mountain, along with Ski Patrol Manager, Kyle Griffin, to emphasize “Safety First.” They were good sports about it and just happy to grab the second-best chair.

“We kind of knew going into it that they would do a ceremonial first chair, so we were expecting to get second in the line, but all and all we were glad to see it go to Tom,” Bonner said. “We’re excited to see what he has in store for this year.”

Bonner and Griffin are both longtime skiers who call Gunstock their home mountain and are happy to spend their winter teaching others to ski and snowboard. In a world of physical distancing and remote learning, they are heading into this season with optimism and are looking forward to lots of on-snow adventures.

“I’m super stoked for hopefully getting my PSIA Level 1 certification and just having good times with my good friends. I definitely missed ‘The Rock,’” Bonner said. “I am stoked to see the changes in the mountain as well as the park. Hoping for my best year yet!”

“I’m excited for progression in my skiing and spending time riding the mountain and making memories with some of my close friends,” Griffin said. “Getting back on snow after a tough year is what we all need, so that’s what I’m the most stoked about.”

Sam and Evan, thank you for your enthusiasm. We salute you!

Thursday’s storm was a record-breaker for snow accumulation

LACONIA — Thursday’s storm dumped more snow in the region than any other storm since March 12-13, 1888, according to preliminary findings of t…