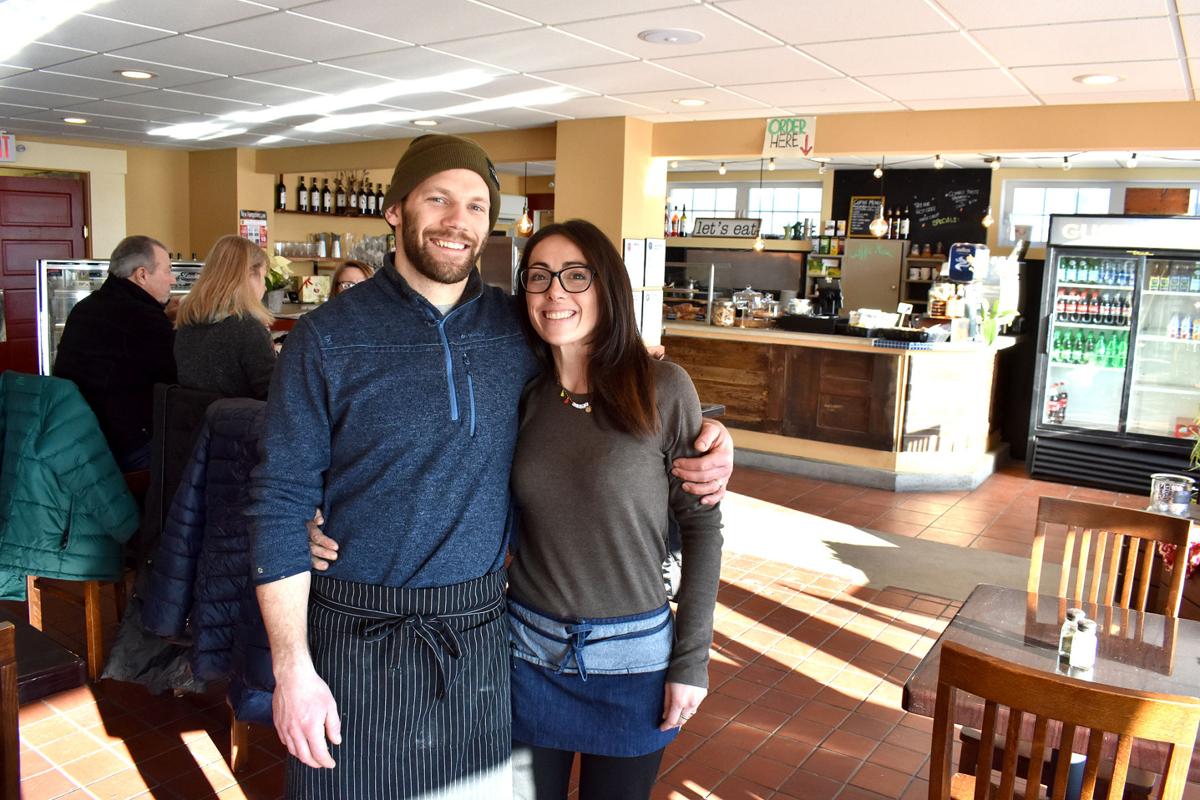 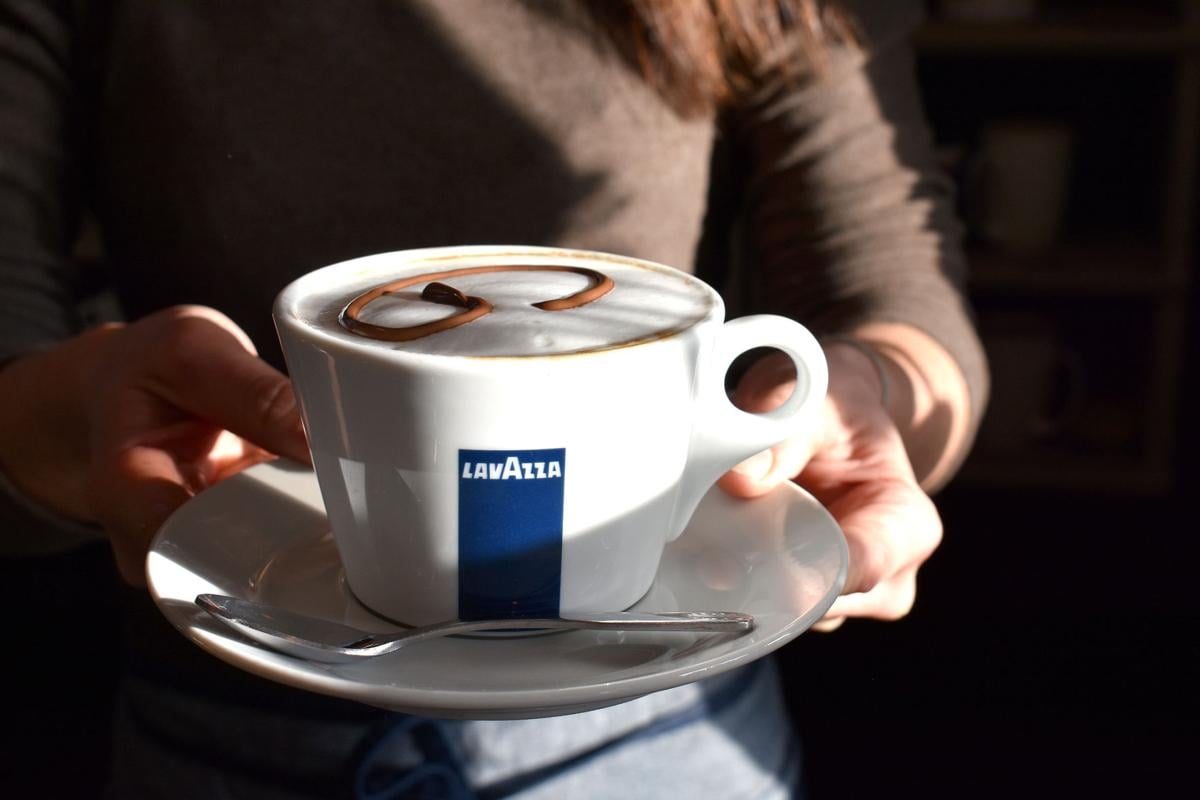 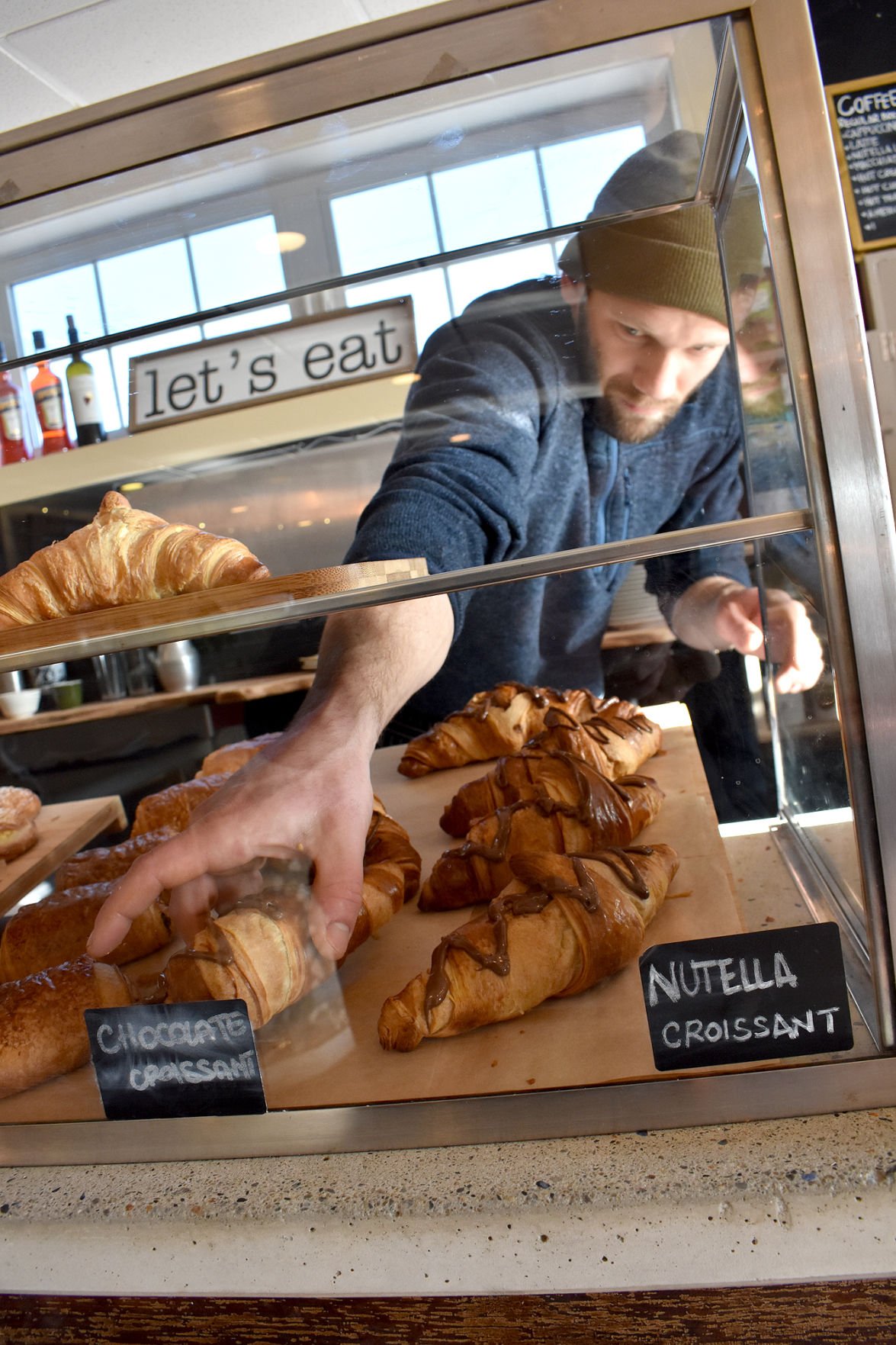 CENTER HARBOR — Nick crocheted while taking the train through Europe. Elena hurt her knee in Brazil. Because of those two events, there’s a new café overlooking Lake Winnipesaukee.

Gusto Italian Café opened just after Christmas, and the weeks since have been a whirlwind for Nick and Elena Gagliardi. Their breakfast-and-lunch restaurant has been more popular than they could have hoped, proving to them that their decision to gamble on the open storefront was a good one.

Nick is a Gilford boy. He graduated from GHS in 2011, then studied business administration at Plymouth State University. After college, he and some of his friends decided to take a year to travel around Europe. They were taking the train to Rome, where they were hoping to find a hostel, when Nick decided to pull out his yarn and crochet hook.

Elena was also on the train, returning early from a trip to Brazil because she had injured her knee. Men don’t crochet in Italy – and if they do, they certainly don’t do it on the train – so she teased him about it. The flirt worked, and the two of them started a conversation. By the time Nick and his friends reached their destination, Elena had given him her number.

They got together in Italy, then she later caught up with him when he was staying in Paris. Then she flew to Gilford to visit him again. On Jan. 20, 2017, they got married in Boston.

Elena, who had been working in the restaurant industry in Italy, quickly found work in the North End of Boston. Nick joined her there, until they got the urge to move to California. They made it as far as Aspen, Colorado.

Life in the Rockies was good for the Gagliardis. Elena managed a mountaintop restaurant and gave cooking classes – her clients included celebrities such as Katy Perry and Orlando Bloom – and Nick got a job in guest services that had great perks. They’re both skiers, and they were happy to be able to make a living where they could enjoy the mountains when they weren’t working.

But that chapter came to a close last spring, when they were in New Hampshire to visit Nick’s family. They took a drive to Center Harbor to look at a vacant storefront in the building at 23 Main Street. It had a view of Lake Winnipesaukee, was a short walk from the town docks, and when Elena lifted a corner of the carpet, she saw tiles underneath that reminded her of her native Tuscany.

“We always wanted to have our own place,” Nick said, “We could have gone back to Colorado and gone skiing and biking and rafting, enjoying the sun… We always pick the way most difficult.”

“That’s what happened here,” Elena said. The name of the café reflects that approach toward life, and their menu does, too, even though they had reservations about whether the local market would embrace breakfast and lunch options that were nearly unaltered from Elena’s native city of Arezzo.

She said she was worried she wouldn’t be able to convert people who were used to pancakes and bacon for breakfast. In fact, she’s found just the opposite.

“I’m just thankful they come here and they really appreciate Italy,” she said.

For breakfast, she suggests one of their “morning sandwiches,” which have eggs and either prosciutto, salami or pesto. Their most popular lunch sandwich is the “Milano,” which has fried chicken, mozzarella, pesto, greens and a roasted tomato. Their pasta is all hand-made, in-house, and the bestseller so far is the Bolognese, which has pork and beef, cooked for hours in wine, tomatoes and olive oil.

Nick runs the show in the kitchen, while Elena works the front of the house. It’s been all they can do to keep up with demand since they opened.

“I’ve been going out of my mind in the kitchen,” Nick said. “I’ve never had so much fun, though. I love making people happy, and the plates have been coming back empty.”

With Osteria Poggio a stone’s throw away, and Piccolo Italian Market just over the line in Moultonborough, Center Harbor is becoming Lake Winnipesaukee’s Little Italy. Though she’s now an ocean away from Arezzo, Elena said the hospitality of their new neighbors has made them feel at home.

“We’ve felt so welcomed,” she said.