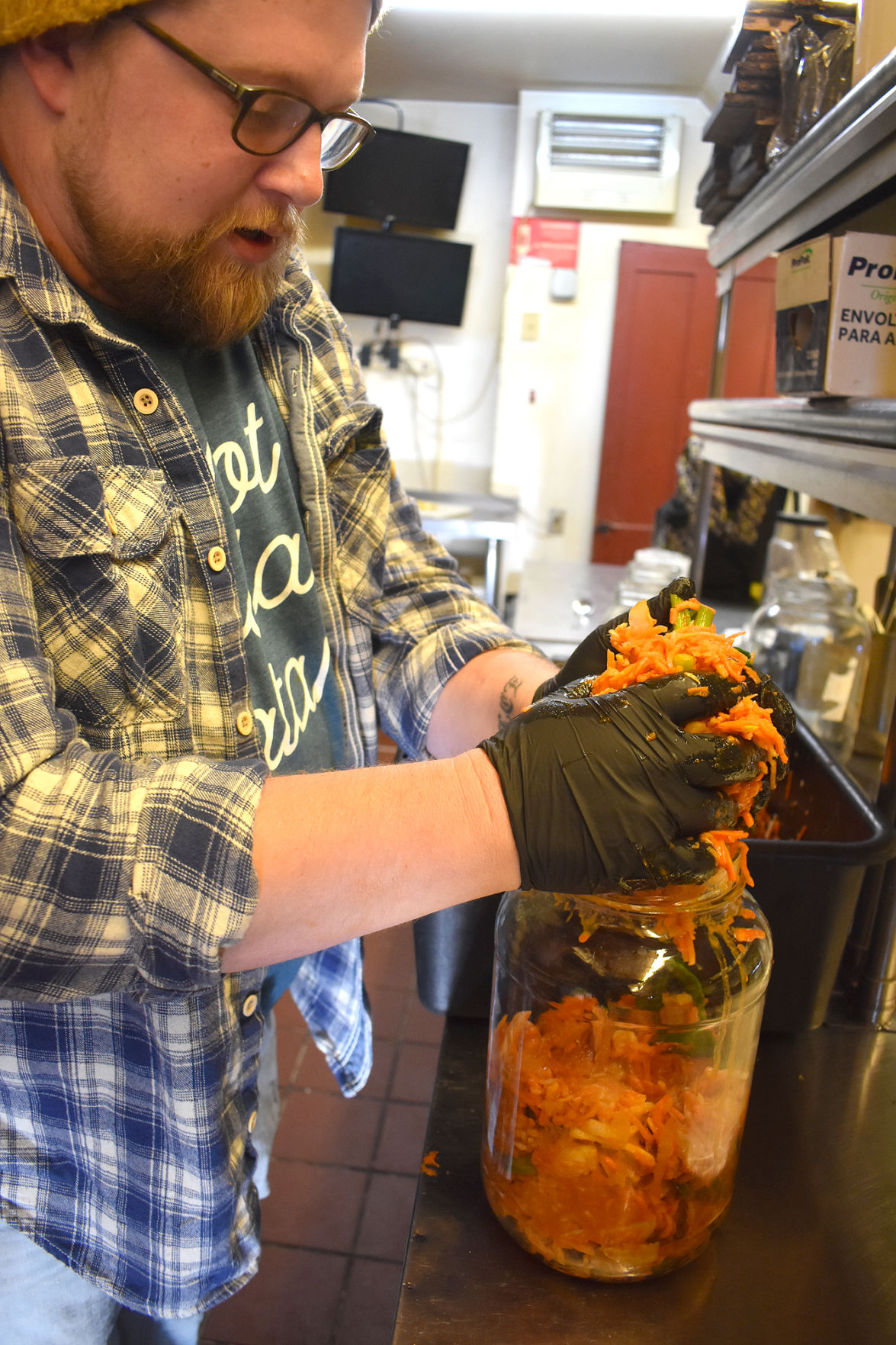 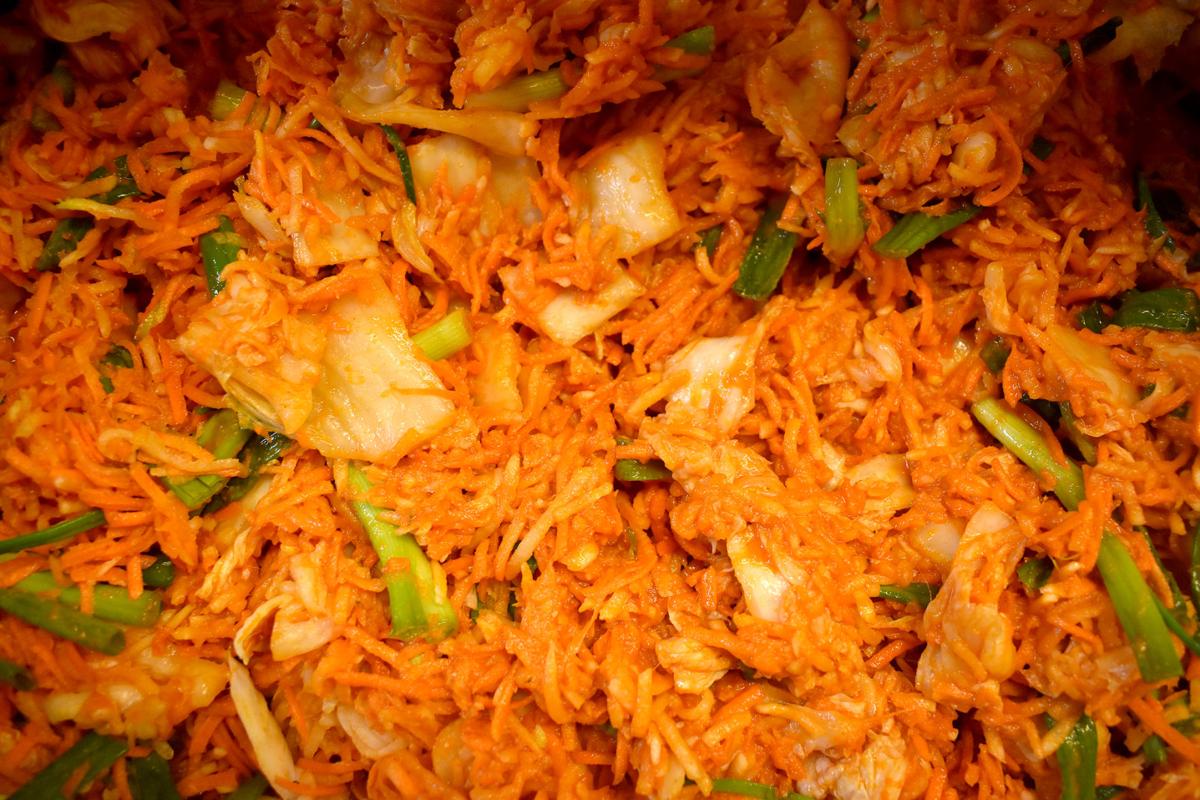 Kimchi, sort of like Korean sauerkraut, is a condiment made from cabbage, carrots, scallions and seasonings, which is then allowed to ferment. (Adam Drapcho/The Laconia Daily Sun photo)

Kimchi, sort of like Korean sauerkraut, is a condiment made from cabbage, carrots, scallions and seasonings, which is then allowed to ferment. (Adam Drapcho/The Laconia Daily Sun photo)

CENTER HARBOR — It hasn’t been quite two years since the doors opened at Osteria Poggio, an Italian restaurant in the historic Coe mansion. Yet, chef and part-owner Kaylon Sweet is already thinking about what other kinds of restaurants might find a home in the Lakes Region. This winter, Sweet is going to audition some of his best ideas by creating pop-up restaurants within Osteria Poggio.

The first pop-up restaurant will take place the weekend after Thanksgiving, the evenings of Nov. 29 and 30 and during brunch hours on Dec. 1. Titled “Bolillo Takosu,” which Sweet said means “white boy tacos” in Japanese, it draws on his formative years growing up in Japan as a Navy kid, as well as his love of tacos.

The pop-up restaurant will take place in Osteria Poggio’s second floor lounge, which will also be the scene of a tap takeover by the Wolfeboro craft brewery Burnt Timber. The rest of the restaurant will be open for business as usual.

From the time that he was a baby until he was nearly 10 years old, Sweet lived on a U.S. Navy base in Misawa, Japan. While some servicemen and their families kept to the base, Sweet said, “My mom was adamant that we were part of the culture.” A highlight of his week was bath day, when he and his family would go to the public hot baths, then he would get a fish-shaped ice cream sandwich and play video games until he ran out of coins.

While he is becoming known as a chef of Italian food, Sweet’s first foods were of a Japanese palate. With Bolillo Takosu, he has paired those flavors with Mexican techniques, because, well, tacos.

The menu is simple for the pop-up. There are three tacos: chicken heart, pork belly and sweet potato. They’re each seasoned with toppings that borrow from East and West: Japanese mole sauce, sesame salsa negra, and ginger aoli. There’s also a fish ceviche served with a wakame salad, matcha flan, and a flight of house-made kimchis.

Sweet said the tap takeovers and pop-up restaurants will continue through the winter, until Osteria Poggio closes for mud season; maybe once a month, maybe every other week, perhaps every weekend if he can get enough interest. Future ideas include a ramen chop house and a chicken and waffle diner. If one of the pop-ups strikes a chord, he might turn it into a full-fledged restaurant, he said. “It’s me testing the waters, man!”

It’s also Sweet finding a creative way to attract new customers to the historic mansion that houses his restaurant, as well as to give existing patrons a new reason to visit during the cold months. There are also themed parties and events planned for the winter aimed at the same goal. He’s even offering cooking classes in January, which will offer a full meal, a talk on the history of the dish, a cocktail class and wine pairing lesson.

“Our biggest problem with where we are is people don’t know that we’re here,” Sweet said. “This could get us business that doesn’t normally come in.”

Do you think the restrictions that have been imposed in response to the coronavirus are reasonable and warranted? Click here to answer