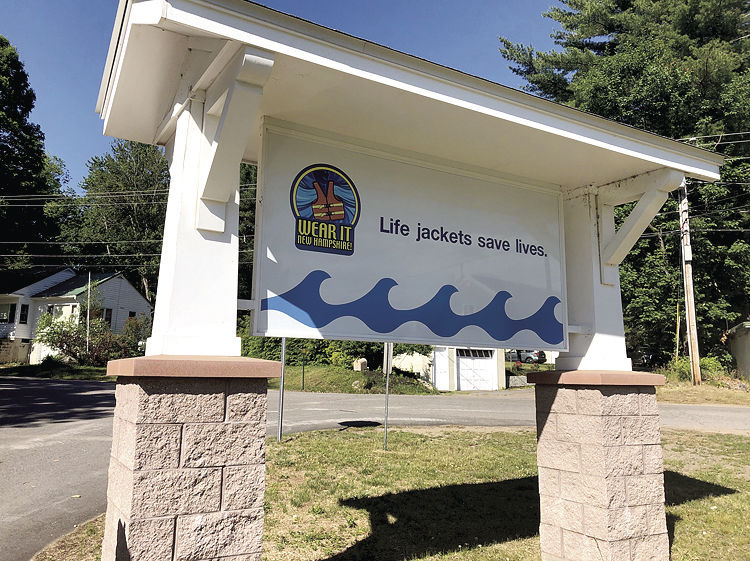 A sign at the entrance to the Gilford Town Docks serves as a reminder about the importance of wearing life jackets when out on the water. Whether out on the water in a large powerboat or a canoe, state law requires there must be a life jacket for every person on board. (Michael Mortensen/Laconia Daily Sun) 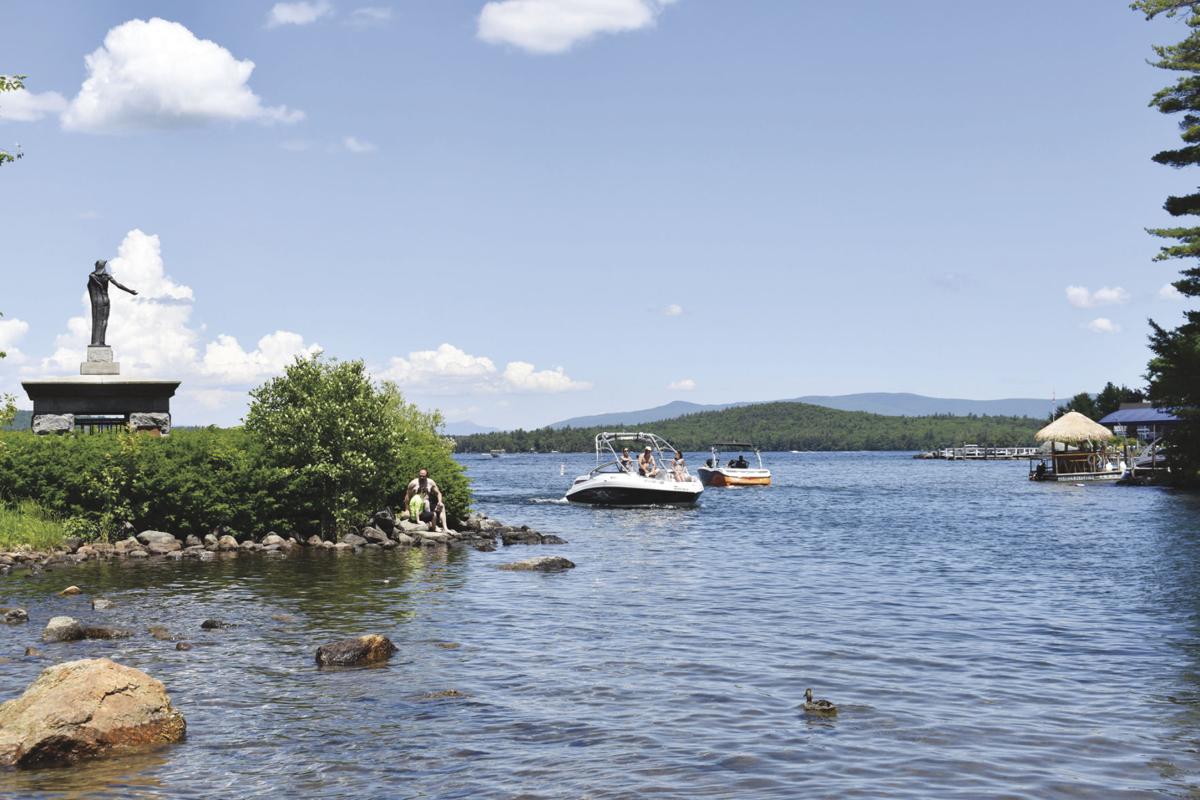 A sign at the entrance to the Gilford Town Docks serves as a reminder about the importance of wearing life jackets when out on the water. Whether out on the water in a large powerboat or a canoe, state law requires there must be a life jacket for every person on board. (Michael Mortensen/Laconia Daily Sun)

LACONIA — As the weather heats up, the allure to get back out onto the region’s lakes, ponds, and rivers is stronger than ever. While that is always true during the summer, it is especially true this year as people emerge from many of the restrictions linked to the coronavirus pandemic.

Being on the water is fun. But water demands respect, and those who work in the water recreation industry say safety should never be far from the minds of those who venture out on the water.

For Julie Marsh, part of the family that owns the Winnisquam Marine operations on Lake Winnisquam and at the Weirs Channel, safety awareness should begin even before boaters board their craft.

“It starts on the dock,” she said. “We urge that kids have their life vests already on when they go out on the dock. And we teach people how to safely pull away from or approach a dock.”

These pointers are part of the orientation Winnisquam Marine gives to customers, whether they are brand-new to boating or experienced boaters who have traded up to a new vessel.

Preaching safety is simply good business, according to Don Thurston, who owns Thurston’s Marina in Weirs Beach along with his three brothers.

“We tell our customers they need to be safe, and we tell them why the rules are what they are,” he said.

For instance, abiding by the safe-passage rule is extremely important, Thurston stressed. That rule requires that whenever a boat is operating within 150 feet of rafts, docks, shore, or another vessel, it must slow down to the minimum speed needed to maintain steering, but no faster than 6 mph.

There are many situations in which this rule applies, including when boats are transiting restricted waters like the Weirs Channel. From Thurston’s Marina vantage point on the channel, Thurston said he often sees boaters who throttle up before they clear the channel.

Boaters need to keep in mind that 150 feet is not a great distance — it’s half the length of a football field — and that boats do not slow down as quickly as a motor vehicle.

A boat that is 22 or 23 feet long weighs over 2 tons, Thurston pointed out. Because of inertia — the resistance to any change in speed — boaters have to allow for the distance they will travel through the water before their craft actually slows down to the reduced speed.

Marsh said an effective way for boaters to get up to speed, so to speak, on safe boating practices is to learn from someone else who has a boat. She added that many people also become acquainted with boating safety through renting.

Life jackets are at the core of safe boating, whether using a motorized or non-motorized vessel. The U.S. Coast Guard reports 76 percent of boating deaths in 2017 were due to drowning, and 84 percent of the victims were not wearing a life jacket.

While New Hampshire does not mandate boaters wear a life jacket – the law states that there has to be a vest on board for every person in the vessel – the Wear It program of the National Safe Boating Council promotes boating safety by encouraging boaters to wear life jackets any time they are on a boat, motorized or non-motorized.

And it doesn't matter how strong a swimmer you think you are. Good swimmers still need life jackets, safety experts say, because when people fall off a boat they may become disoriented, injured or unconscious. Life jackets can keep a person's head above water so they can breathe and be rescued more easily. Every child should wear a life jacket at all times when boating.

State law requires that, in order to operate a powerboat with a more over 25 horsepower, a person must satisfactorily complete a boater-safety course to obtain a certificate — the equivalent of a driver’s license to operate a motor vehicle.

But it’s not just powerboaters who need to be safety-conscious. Those with non-motorized crafts — canoes, kayaks, and paddle boards — also need to abide by the rules of the road.

The popularity of low-intensity water recreation has increased tremendously in recent years, and Dunleavy said he worries that some who have gotten into paddlesports are heading out with too little thought to the safety regulations they need to be following.

“We’ve had some close calls,” he said.

As with powerboats, canoers, kayakers, and paddle boarders are required to have a life jacket for everyone in the craft. And if they go out after dark they must have a white navigation light that is visible from any direction.

Steve Bardus, co-owner of Wild Meadow on Winnipesaukee in Center Harbor, said safety awareness is an important part of his business, which sells paddle boards, canoes and kayaks.

For that reason the life jackets that Wild Meadow carries are lightweight and comfortable to wear, features he said increase the likelihood that paddle sports enthusiasts will wear them.

Other features available to enhance safety include reflecting tape for kayak paddles and safety flags that are attached to a pole that clamps onto the kayak. Both of these items make it easier for boaters to spot a kayak out on the water.

Bardus also urges his customers to take a safety course, such as the one offered by the American Canoe Association.

Dunleavy said he is concerned that too many people who have gotten into paddle sports are buying their boat or board from big-box stores “and are not getting the education they need.”

While technology is no replacement for safety consciousness, there have been improvements in boats which make them safer.

Fires on powerboats are less likely because of automatic extinguishers and fuel systems that are designed to lessen the chance of gas fumes accumulating, Thurston said. Also, today’s boats are easier to steer than older models.

The newest paddlesports crafts are made of lighter-weight material which, among other advantages, make them easier to maneuver, Bardus said.

How do I order my permanent boating education card?