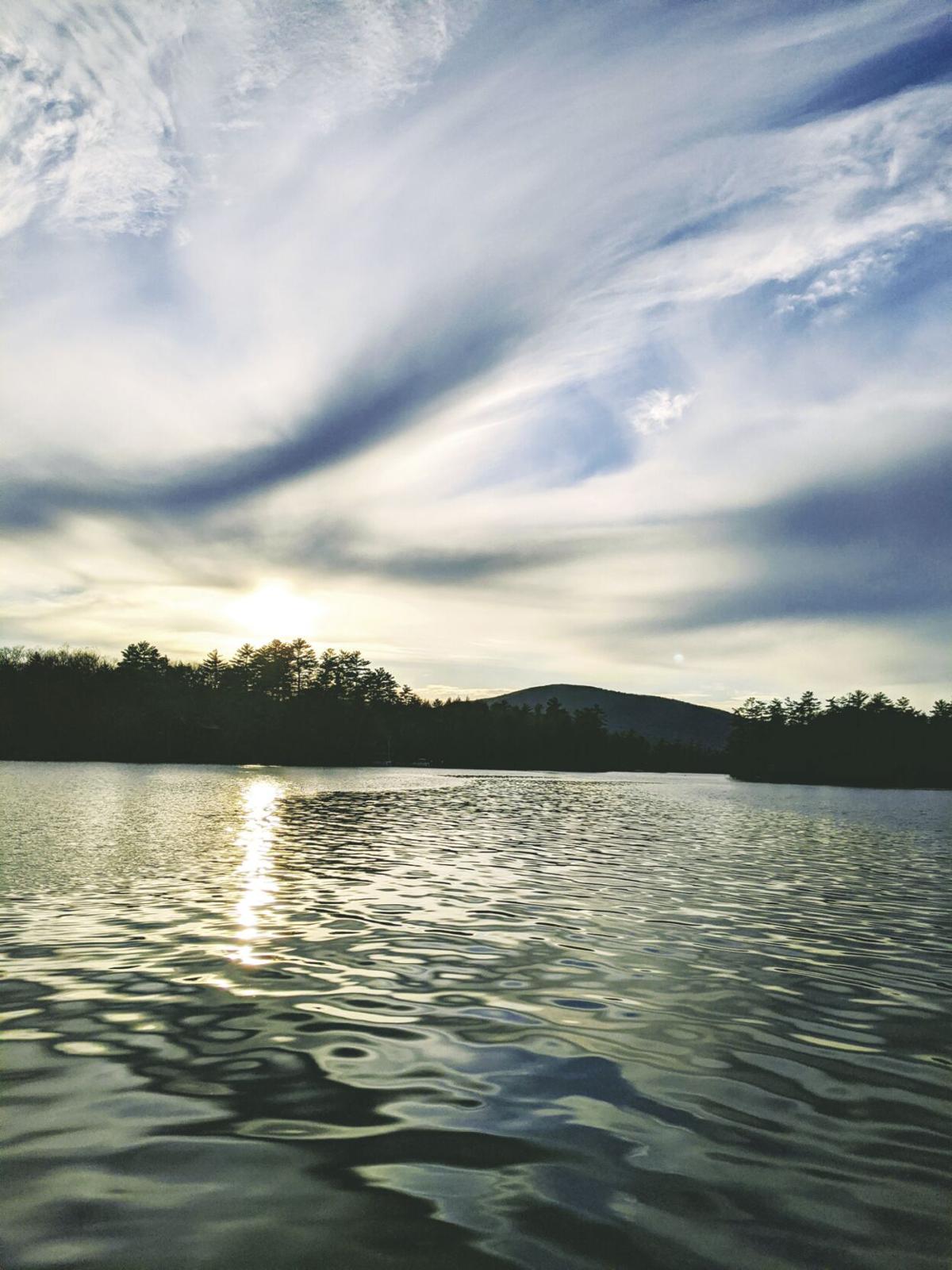 This photo of Lake Winnipesaukee was sent in by reader Anita Fontaine. (Courtesy photo) 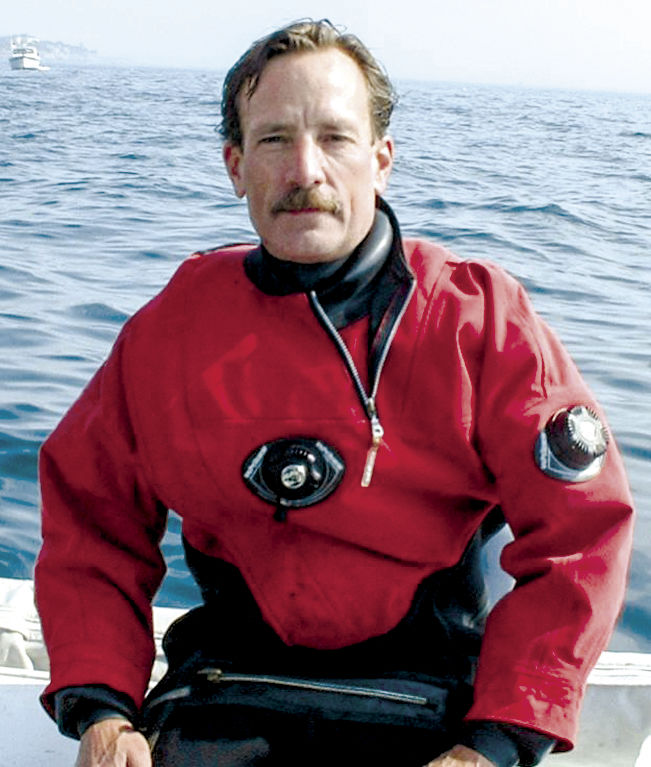 This photo of Lake Winnipesaukee was sent in by reader Anita Fontaine. (Courtesy photo)

In the summer of 2015, diver Hans Hug, Jr. stepped off the stern of his boat and began to descend through Lake Winnipesaukee, knowing that there was something awaiting him at the bottom but not sure what it was.

Hug had been running side-scan sonar off of Weirs Beach late in the previous boating season, and noticed something strange on his monitor. He had become familiar with the way many things appear on a sonar scan, but this didn’t look like anything he had seen before. It appeared spoked, or webbed.

“So I’m looking at this object, all I knew was it was steel or iron and it was very big,” Hug said. As he sank down toward the bottom, his target came into view. He knew almost immediately that he was looking at a piece of Winnipesaukee history.

“What I found was one of the original paddlewheels of the SS Mount Washington, and it was standing upright in the mud, like a doughnut,” Hug said.

The MS Mount Washington is an iconic fixture on the lake today, giving visitors and locals alike the chance to cruise around Winnipesaukee and its islands. But the diesel-powered, steel-hulled vessel, 230-feet long, is the second vessel to carry the name. The first was a wooden sidewheeler, 175 feet in length, which ferried travelers on Winnipesaukee from 1872 until it was destroyed in a fire in 1939.

Hug wouldn’t say exactly where in the lake he found the paddlewheel, as some other divers aren’t as respectful of historic landmarks. Suffice to say, though, the waters off of Weirs Beach are some of the busiest parts of the lake, and hundreds of boaters had been passing over that spot for decades, not realizing they were just above the gravesite of an icon.

But, Hug has learned, that’s the way it is on Winnipesaukee, a lake he has combed for 15 years. He finds new and amazing wrecks every year, almost none of which are recorded as being found before.

Hug is a native of Massachusetts and lives in Exeter. He is an insurance broker by trade, and runs a side-scan sonar business. Diving is his passion.

He started diving in 1988, with his brother, who taught him how to harvest scallops and lobster by hand. As a diver, he learned that, anywhere where humans have been active, you will find things under the water. Dive under any bridge, for example, and he said you’ll find something: guns, bikes, radar detectors, safes, chainsaws. In 2005, his attention turned to Winnipesaukee, where he and his family vacationed in his childhood. He’s been fascinated by the lake ever since.

He has discovered more than 80 wrecks on the bottom of the state’s biggest lake. Of those, 35 are steam boats, 40 are motorboats, 10 are barges up to 60 feet long, three are early-model Ford vehicles. None of his finds, he believes, had ever been discovered before. He’s currently working with a friend to painstakingly excavate a pickup truck they found upside-down, half-swallowed by the muddy bottom, in Moultonborough. They’re working to determine if there’s a body in the cab that might be given proper respects.

Most people won’t ever have the equipment and expertise to follow in Hug’s footsteps. Yet, he’s found, there is a surprising appetite for his finds. A few times each year, he is invited to speak at a local civic group, and those lucky to get in before the room reaches capacity will hear him describe, and show images of, that which lies silently beneath the hum of human activity on Winnipesaukee. For those who aren’t so lucky, he posts videos of his dives to the winnipesaukee.com forum, under the “Dive Winnipesaukee” subgroup.

Hug said there’s nothing that compares to the feeling of descending through the water column and seeing something appear beneath him, something that perhaps no human has seen in decades.

“When I get down to the bottom, it’s literally like being on a different planet. No cell phones, no traffic lights, no distractions,” he said. There’s nothing but him and his target, a tether to history. “I literally lose track of time. Moment to moment, it’s timeless, you’re completely in the moment.”

It isn’t something that gets old for Hug.

The (sand) bar is open

It didn’t take long for Tom and Rena Bester to fall for the sandbar life.