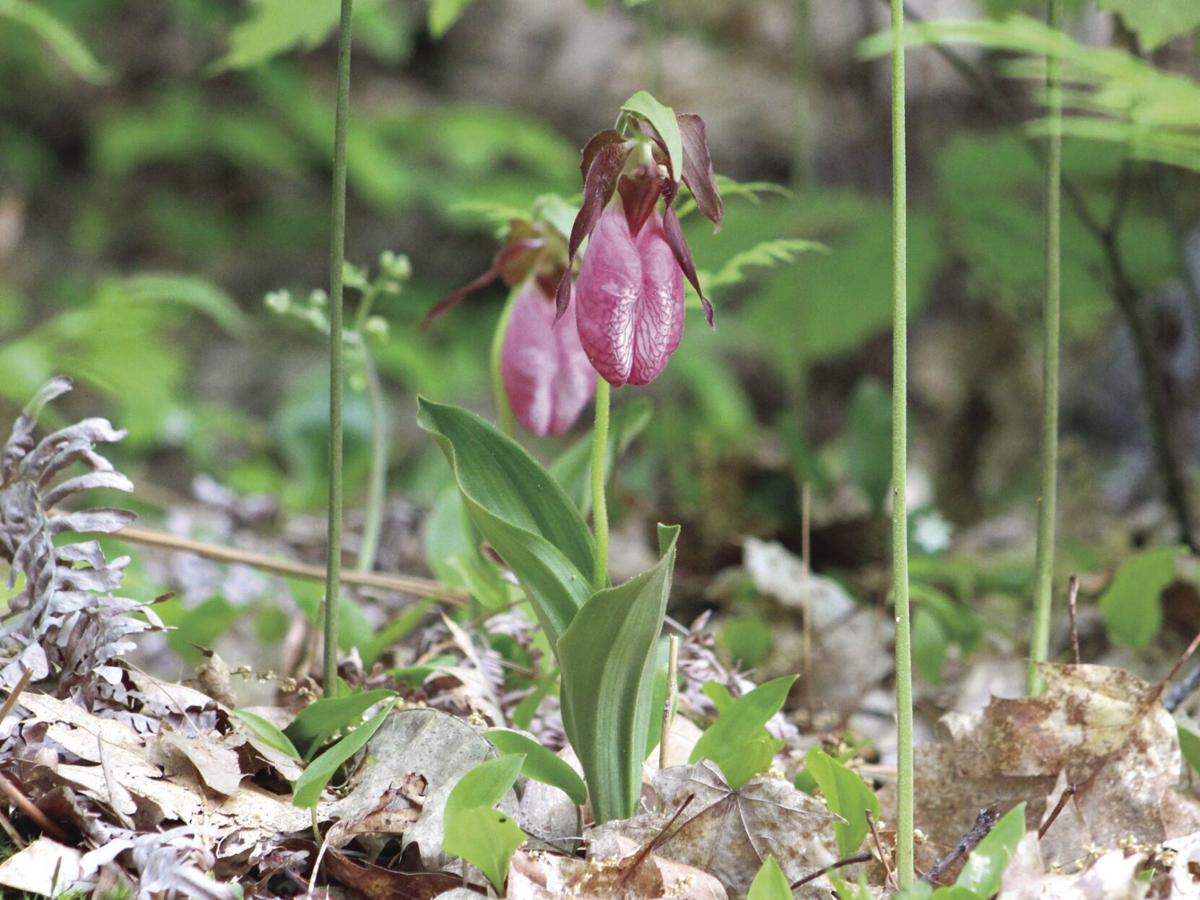 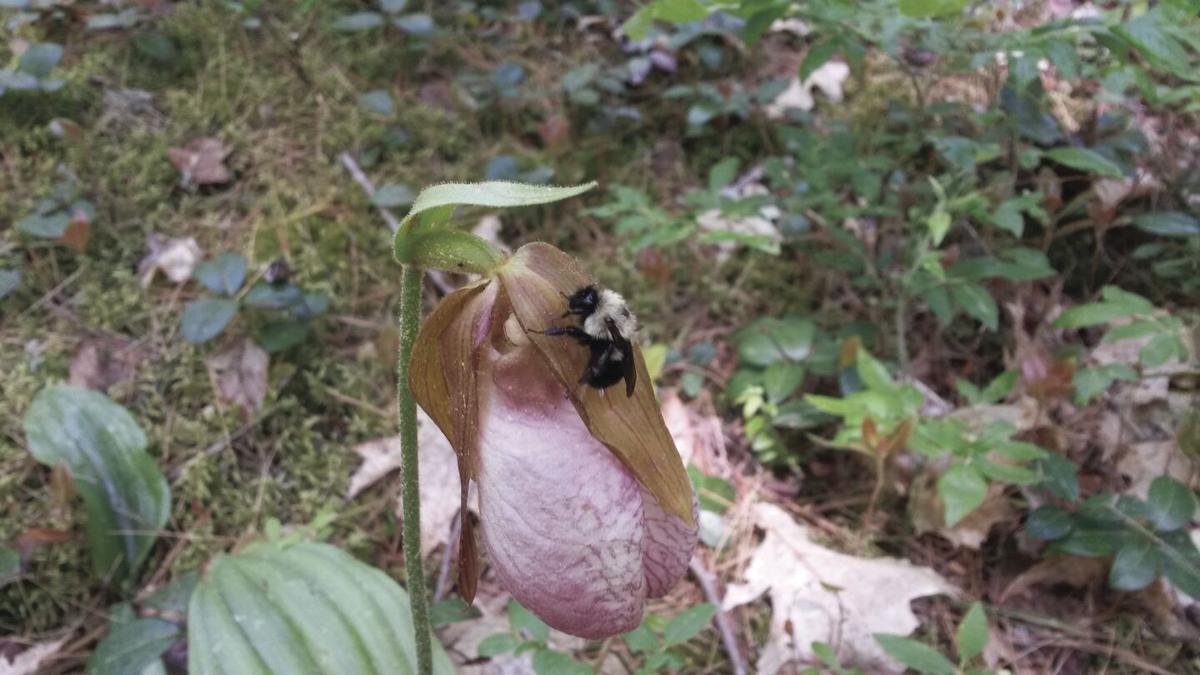 A Bumble bee about to enter a Lady's Slipper blossom. (Courtesy photo/Scott Powell)

A Bumble bee about to enter a Lady's Slipper blossom. (Courtesy photo/Scott Powell)

New Hampshire’s wild flower season is in full bloom now and the Lakes Region is home to many of our state’s most beautiful and interesting native flowers. The season begins with the first tiny white blossoms of the trailing arbutus, also known as the mayflower, though today they start blooming in April. These pretty flowers can also be pink or lavender in color and have a lovely sweet perfume — if you’re willing to get down on your hands and knees to smell them.

Emerging a few weeks after trailing arbutus are two of the most showy native spring wildflowers: the trillium and the pink lady’s slipper. I’ve seen three species of trillium — the purple, white, and painted — in the Lakes Region’s forests, and they are blooming now near the lakes, though you may find them later in the season at higher elevations.

The next eye-catching flower to bloom in the parade of wildflowers is the glamorous pink lady’s slipper (Cyripedium acaule). The lady’s slipper is a hardy member of the orchid family which, beyond its beauty, has several unique traits that make it a challenge to grow and thus, like the trillium and mayflower, should be treated with great respect. One of these traits is that lady’s slipper flowers have no nectar, yet they still need to attract insects to be pollinated. The method they have evolved to ensure pollination is quite interesting: The visual beauty of the lady’s slipper blossom is appealing to bees as well as humans, and the blossom, which has its petals fused together, forms a pouch with a hole at one end through which an attracted bee enters. As the bee passes through the narrow blossom it is forced to brush against the flower's female part, where it deposits pollen it may have collected from another lady’s slipper. Then, as it passes out the exit hole, the stigma (the flower's male protrusion) rubs against the bee, depositing its pollen which will be shared with the next flower the bee visits. There is however one major flaw in the system: since the lady slipper doesn't produce any nectar, after a few visits the bee learns to ignore these flowers, meaning only a small percentage of them get pollinated each year, a factor in their sparse population.

When a lady slipper does get pollinated it will produce thousands of seeds which will be scattered by the wind in the fall. But now there’s another unusual challenge for these plants: their tiny seeds have no starches to help them germinate and grow (compare that, for example, to the large nutritive-content around an apple seed). When a successfully pollinated lady's slipper seed is released, it must land on the ground and come in contact with a specific type of fungus (mycorrhizae) that will work with the seed to allow it to absorb nutrients from the soil. In return, as the flower grows, it will pass nutrients that it generates via photosynthesis back to the fungus which it needs to live and grow. This is also why one shouldn't try to transplant lady’s slippers — because they require such a specific micro-climate in the soil, and they are unlikely to survive if transplanted elsewhere.

The whole process, from seed dispersal to flowing plant, takes at least 10, and as many as 17 years. According to an article in the Squam Lakes Natural Science Center newsletter by Margaret Gillespie (Vol. 37 No. 1, Spring 2008) “Pink lady’s slippers can live up to 100 years. Some of those years may be spent dormant below the forest floor, especially after plants have expended energy producing seeds or if the habitat becomes less conducive for growth by becoming too shady or sunny. These beauties certainly don’t bloom every year, perhaps treating the world with their moccasin flowers just 10 to 20 times over their long lifespan and producing seeds only four or five times.”

Designated New Hampshire’s state wildflower in 1991, the lady’s slipper can be found from late May through much of June in many of the Lakes Region’s forests; look for them in shaded woodlands with dappled light, often under pine trees and especially near bogs and wetlands where the soil is loose and moist and low in nutrients. When you see these beautiful flowers in the wild, know that they have worked long and hard to get where they are, and leave them be for others to appreciate their beauty - and their persistence over the many years.

Oh, I can't express how much I love Lady’s Slipper... Its lovely color and pleasant odor make me feel alive every time I see or smell one. When I was a kid we used go to pick them from a forest near my grandmother's real estate in Kotor https://tranio.com/montenegro/budva/