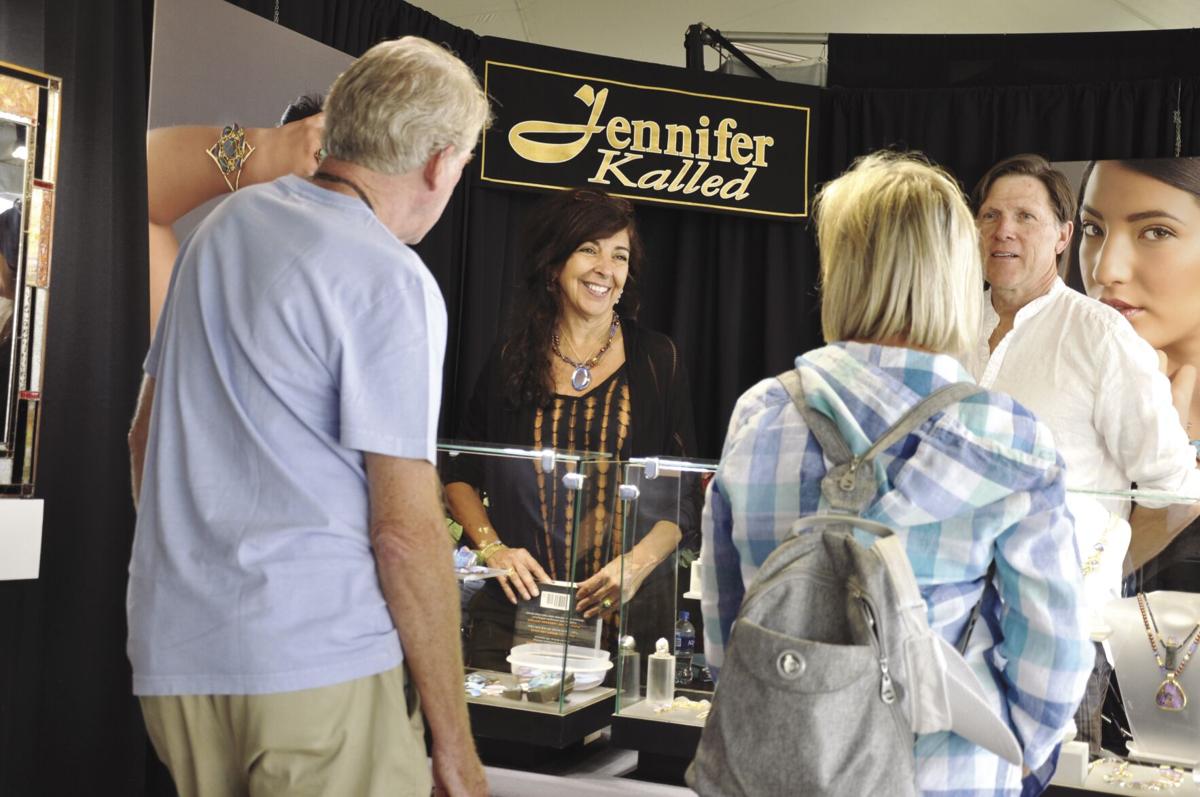 The League of New Hampshire Craftsmen is providing social media training to its 700 members, helping them engage with customers virtually while in-person is not an option. (Courtesy photo) 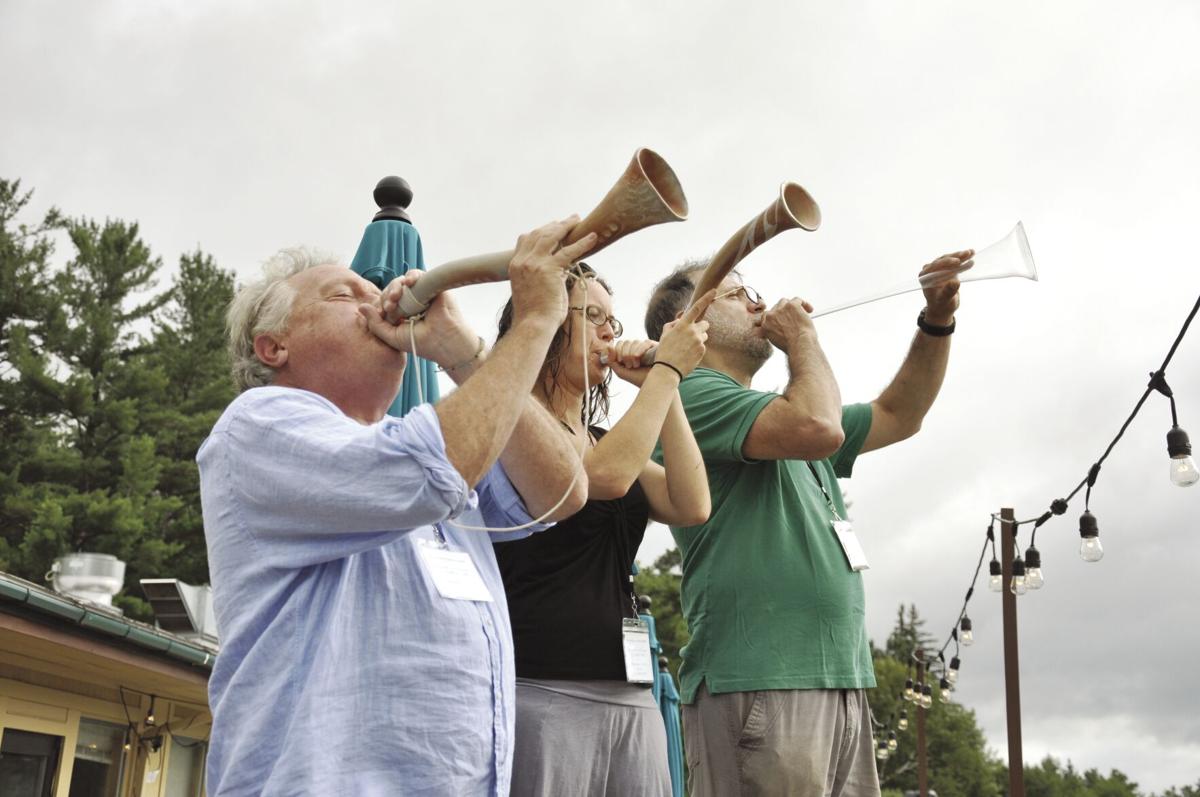 Musical performances and craft demonstrations are an important part of the Craftsmen’s Fair, and will be a vital part of the virtual event as well, said Mariam Carter, executive director of the League of New Hampshire Craftsmen. (Courtesy photo) 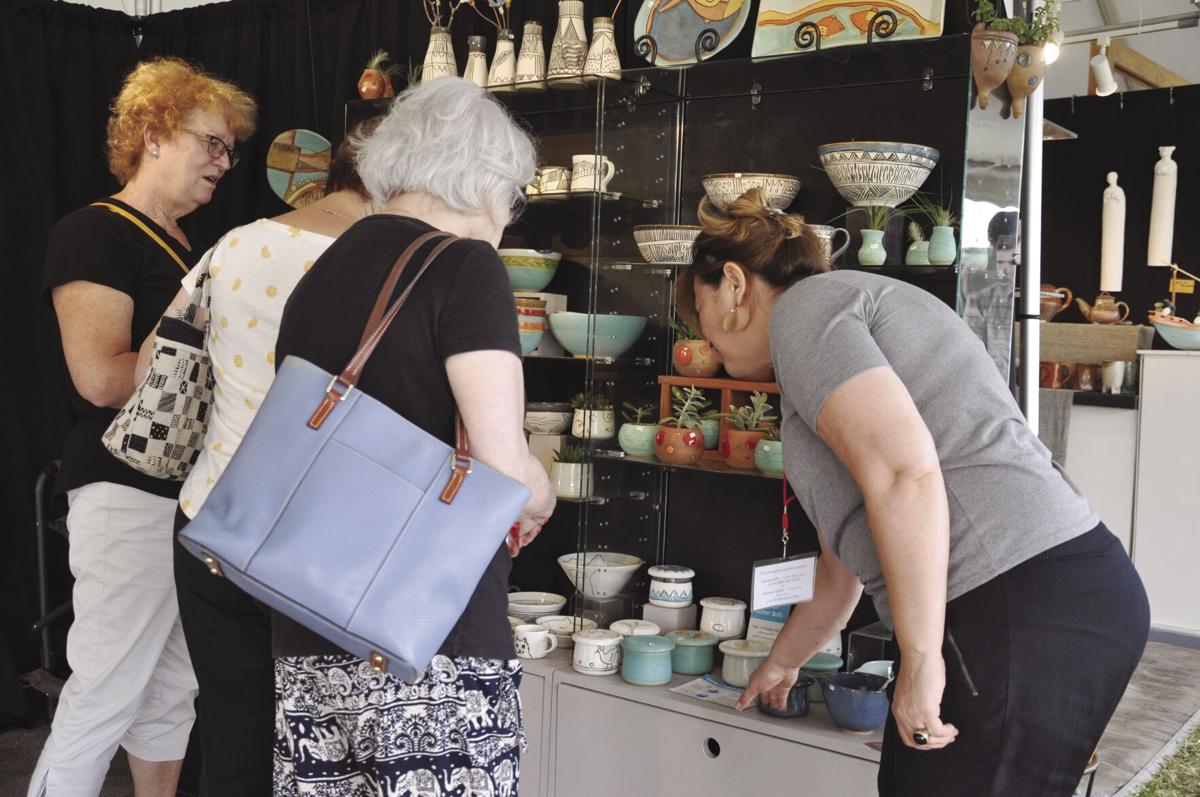 The League is providing its members with social media training to help engage with customers through their virtual booths. (Courtesy photo)

The League of New Hampshire Craftsmen is providing social media training to its 700 members, helping them engage with customers virtually while in-person is not an option. (Courtesy photo)

Musical performances and craft demonstrations are an important part of the Craftsmen’s Fair, and will be a vital part of the virtual event as well, said Mariam Carter, executive director of the League of New Hampshire Craftsmen. (Courtesy photo)

The League is providing its members with social media training to help engage with customers through their virtual booths. (Courtesy photo)

Last year the League of New Hampshire Craftsmen undertook strategic planning sessions. One of the big takeaways that emerged was that the league needed to enhance its digital presence, teaching its 700 members to engage with their customers online. It seemed like an essential step for the organization, which has been around since 1932, but at the time executive director Miriam Carter didn’t realize how soon it would become critical.

Then, the pandemic happened. Early on, Carter was hopeful that the league could still host its craftsmen’s fair, the ten-day event that takes place each summer at Mount Sunapee. For many of the league’s craftsmen, the fair is an essential revenue source. Last year, craftsmen sold more than $2.3 million of products to more than 20,000 visitors at the event. The fair also provides the vast majority of the league’s operating budget, covering expenses for ten months of the year.

By late May, it became clear that even though the fair takes place outside under tents, it wasn’t safe to bring crowds together. The league members echoed that message: while they wanted to do the fair, they didn’t feel it was safe.

However, league members needed revenue from the fair to survive.

“The federal and state grant money wasn’t going to be enough to continue to let people work in this livelihood in a meaningful way,” Carter said.

She and the other leadership at the League decided to make the87th annual Craftsmen’s Fair a virtual event, which will run from August 1-9. During the event, patrons will be able to purchase from craftsmen, but also engage with music and craft demonstrations that are recorded and live-streamed. The League will even be delivering art supplies to galleries around the state, so that patrons can pick them up and do socially-distanced crafting projects inspired by the fair.

“We did a lot of research along the way, learning what worked and didn’t work,” for similar events Carter said. In response to the research Carter made logistic changes — like upgrading the League’s website to handle increased traffic — and also programming changes so that patrons felt they’re still getting value from the fair, in addition to purchasing products.

In addition to the virtual fair, the League will run the Art Craft and Design Exhibition, a fixture at the fair, at its Concord headquarters. That will be opened for limited in-person visitors.

However, the bulk of the preparation for the fair is focused on replicating the event virtually, providing the engaging, entertaining and educational aspects that attract droves of visitors. In addition to promoting the fair to the public, the League is training its members on how to strengthen their social media presence and keep in contact with the customers virtually. Many of the League’s members are older, and social media doesn’t come naturally, but they’re learning, Carter said.

“It was a stretch for some people, but there’s a real enjoyment in the process of moving into that,” Carter said. “Change is hard, but once you make the change there’s a certain level of excitement.”

This year the League is just hoping to cover costs with the fair. Costs for the 145 vendors have been reduced, and there will be no admission, although the League is asking for participant donations to support the effort. The League has been impacted by the pandemic outside of the fair: its Hanover gallery is permanently closed, while the Keene gallery is closed temporarily. The league’s seven other galleries in the state remain open, but Carter said that all galleries are struggling.

Still, Carter is hopeful that the investment in virtual platforms will pay off in the long run by helping the League connect to customers beyond New England, who wouldn’t otherwise be able to attend the fair. In future years, the League plans to keep a virtual component to the event.

“We saw this as a really important opportunity, a silver lining in the COVID cloud, to change this organization and get members networked to people beyond the New England region,” Carter said.

This story is part of the 50 Businesses, 50 Solutions series, shared by partners in The Granite State News Collaborative, that aims to highlight how business leaders across the state, from mom and pop shops, to large corporations have adapted to meet the challenges and disruptions caused by the novel coronavirus in the hopes others may be able to replicate these ideas and innovations. Tell us your story here. For more information visit collaborativenh.org.

50 Businesses, 50 Solutions: With sales down, a focus on branding

The Leotard Boutique, an e-commerce operation in Lebanon, is using the pandemic to reach new followers who might become customers one day.