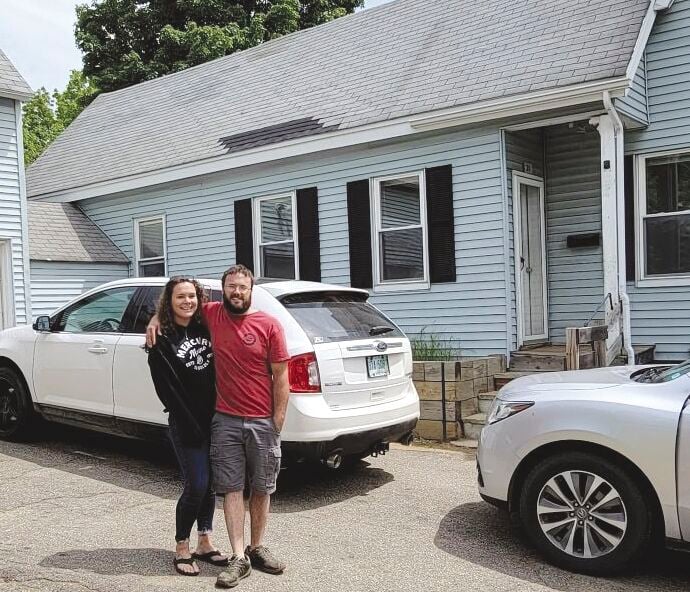 During the hottest real estate market in memory, Kelso Honeycutt and Amber Marceau closed on a house in Laconia's South End they bought for $264,900. It has three bedrooms, two baths and an in-ground pool. (Courtesy photo) 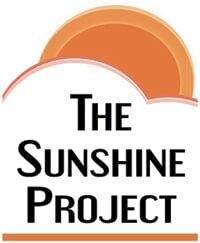 During the hottest real estate market in memory, Kelso Honeycutt and Amber Marceau closed on a house in Laconia's South End they bought for $264,900. It has three bedrooms, two baths and an in-ground pool. (Courtesy photo)

When it comes to real estate, Rick and Jenn Kelly benefit from their entrepreneurial spirit, hard-work ethic and ability to spot diamonds in the rough – plus their capacity to seize them before anyone else.

Purchasing, polishing and reselling seen-better-days condominiums in Laconia, Gilford and Meredith between 2003 and 2007 enabled the couple, now in their early 40s, to buy an 1800s Colonial in Gilford currently worth $700,000 more than they paid for it in 2009.

Today they scout for sleepers – money-making opportunities in the $200,000 to $400,000 range, including condos that others might consider too dog-eared or in need of labor, time and money – commodities that are in short supply.

For the Kellys and others, fixer-uppers are a slumbering gold mine. And they may be the last bastion of affordability in a sizzling real estate market where properties sell fast, typically above the asking price as home prices continue to hit record highs.

“It’s so competitive now. We close as quick as the seller wants without any contingencies” or requests for repairs, he said. It’s a strategy he uses to beat buyers from southern New Hampshire and states as far as Washington, Oregon and California who are fleeing more expensive or less desirable locales in favor of wide-open spaces and bargains in central New Hampshire.

The Kellys also pay cash, mostly profits from previous transactions. “It’s the only way you can compete now, with the supply and demand,” Kelly said. “The inventory is low, and prices have gone crazy in the last year to year and a half.  People are coming up here and finding these homes are still a bargain, even with the inflated prices.”

Welcome to the new world of residential real estate post-COVID.  Procuring a home – once a careful, less pressured and more leisurely hunt – now occurs at breakneck speeds without much time for deliberation because of the stream of cash-ready, waiting buyers hoping to relocate to New Hampshire. It's a boon for sellers, but often a bewildering and disappointing experience for buyers who don't have a lot of money to spend.

“It’s literally on fire. Houses are being bid up over the asking price,” sometimes considerably so, said Frank Roche, founder of Roche Realty in Laconia. There aren't enough homes for buyers. New listings, which slowed to a trickle, are picking up little by little. Homes in Gilford, Meredith and Alton are swiftly snatched up, and buyers are now increasingly turning to Laconia, Franklin and Tilton, and outlying Lakes Region towns including New Hampton, Plymouth and Rumney, Roche said.

For more than a year before COVID hit in spring 2020, buying a home in the Lakes Region was fast-paced and competitive. There were bidding wars and comparatively few choices in the lower-to-middle price ranges, while luxury lakefront and properties with a desirable view achieved stratospheric highs. Then came the pandemic, and the exodus of people from populated areas brought out-of-staters from pricier urban and suburban spots throughout the Northeast, especially Massachusetts, Connecticut, New York and New Jersey.  A first or second home in comparatively rural, safe, affordable and stress-free New Hampshire became a hotter commodity.  That means homes that previously might have been passed over for something better are getting a second and more serious and look, according to real estate agents.

“There’s very low inventory and people are snapping up what they can, including those older homes,” said Chris Adams, an agent with ReMax Bayside. In Laconia, which has a plethora of homes from the early 1900s, 17 single family homes were for sale last week, with 35 under contract, compared to previous years when 100 to 130 were on the market at one time, said Adams. “Now you have 20 to 30 people coming to an open house, and anywhere from six to 12 offers.”

“Normally you want a distressed property that you can flip at the right number. It’s becoming more and more tricky to find properties for these investor-flippers,” said Kevin Shaw, an associate broker at Roche Realty in Laconia who helps the Kellys find bargains to flip.  The couple bought and sold two fixer-uppers in the last 15 months.

Sky-high demand and a drought of available homes is a scenario that squeezes out first-time, older and lower- and middle-income buyers in a state that has long struggled with a shortage of affordable residential real estate. At the upper end, price is less of a sticking point.

“I feel bad for younger buyers who don’t have a lot of cash” to put down, or an ability to raise their offers, especially when a lineup of others are standing by to outbid them, Shaw said. “It’s the most competitive, insane thing I’ve ever seen” in 22 years in real estate.

People exiting areas in and around Boston, Hartford and New York City “look at the value up here, and say, ‘What are we waiting for?’ People in southern New Hampshire are trading up,” said Shaw. New Hampshire, with its history of tax advantages, has become a mecca for retirees and almost-retirees. Some buyers, flush from selling the home they bought 30 years ago for $200,000, are splitting the proceeds to buy a home in New Hampshire and another in Florida or South Carolina, he said. “This has been happening for two to three years,” said Shaw, but it has been hastened as a result of the pandemic. Working remotely allows many home buyers who still have jobs to live far away from the office, which also ramps up demand.

It’s tough if you already live and work in this area, and don’t have cash available from selling your more expensive home somewhere else.

“If we didn’t pull the trigger on the house that day, it would have been under contract” within 24 hours, said Kelso Honeycutt, a Laconia native who recently closed on a New Englander-style home in downtown Laconia, after scouring rural parts of the Lakes Region for an older home with character and charm. “It was a rollercoaster, and crazy at the same time.”

Honeycutt, 30, and his girlfriend, Amber Marceau, 25, rented in Meredith and Sanbornton while they viewed six to eight houses in person, “and billions online,” he said.

Like many buyers, they were competing with cash-ready buyers who could offer more than they ever could with FHA financing, and without the padding to go higher. And they had little time to decide. “When we were looking at other houses, by the time we took to think about it, it was already under contract” – sometimes within hours, Honeycutt said.

According to Multiple Listing Service data from the Northern New England Real Estate Network, between January and May 2021, most homes that didn’t need work and were built between 1700 and 1940 sold for $4,000 to $20,000 above asking price. In comparison, many that needed to be rehabbed went for $8,000 to $20,000 less than the listing number.

Last week, Honeycutt and Marceau moved into their first home: a 2,700 square foot Victorian-era single-family home in the south end of Laconia they bought for $264,900. It has three bedrooms, two baths and an in-ground pool. They also paid less than the seller’s asking price – a stroke of good fortune that’s almost unheard of these days, especially when buying with financing and a customary down payment.

“We’re kind of an anomaly. We scooped it up.  We didn’t have 100 grand to throw around,” Honeycutt said. “The seller accepted our offer because she liked us, I guess.” These days, he said, “if you want something right away, you have to pay cash, over-asking, or make a good impression on the seller.”

They will eventually update the kitchen, but it’s usable as is. The interior needs a fresh coat of paint. “We could live in it for the next 10 years and be happy,” Honeycutt said.

Real estate agents in the Lakes Region say older homes in need of upgrades and cosmetic improvements are often viewed as land mines or money pits, scaring off buyers without time, patience, building skills (or friends and relatives who have them) or experience sizing up well-worn, older real estate.

But they’ve become a corridor of opportunity in a frenzied market where newer homes in move-in condition are selling for as much as $100,000 above what sellers are asking and sometimes without home inspections, according to real estate agents. In some cases, buyers from distant locales are making cash offers sight-unseen, simply by viewing photos, floor plans and data online, they say.

Its a risky process that none recommend – unless the buyer is a savvy, seasoned investor or in the building trades.  When it comes to older homes, the inspection means everything. It's important to get the perspective and rough estimates from people familiar with construction costs.

It’s easy to underestimate what it will cost to rehab an older structure. In the past year to 18 months, "lumber doubled, steel tripled and appliances have gone up 50 percent because of the cost of material," said Shaw. The Kellys, who own a local carpet cleaning business, do much of the work themselves and can estimate what they can’t do.  For everyone, due diligence is essential to know what  you’re getting into – what you need to do right away and what you can put off.

“Unless you’re an experienced investor or in construction, it’s always wise to have home inspection,” Adams said.  Doing homework if you're a prospective buyer includes comparing communities, neighborhoods, school systems, and reading town meeting notes, he said. Many pay for a radon test, which has no proven health risks, Adams said. But almost all skip testing for lead paint, which can be a significant health risk for young chidren, he said.

“It’s all got to be in your comfort zone,” said Kelly, who buys condos to renovate and resell, usually within six months. “If a structure is sound and you have a good place in a good location, putting in sweat equity, you’re going to make out good,” he said. “It’s always a good investment if it’s done right. Real estate is an awesome investment if you can get into the game as young as possible. It’s a savings account that you’re living in.”