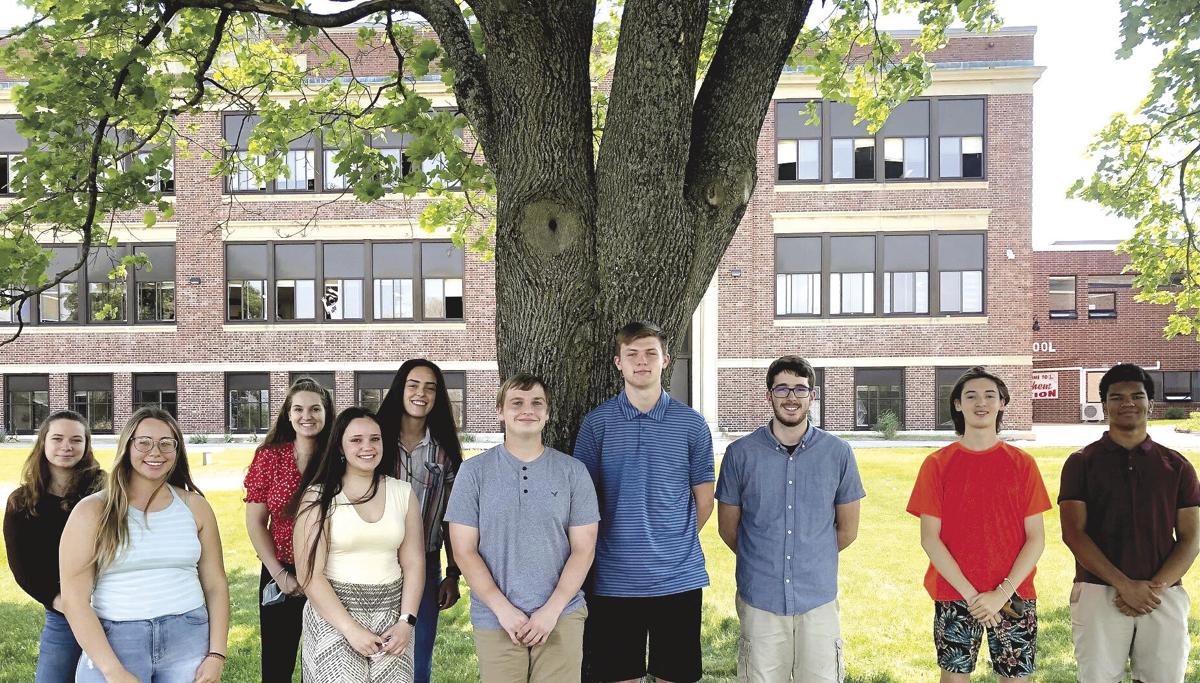 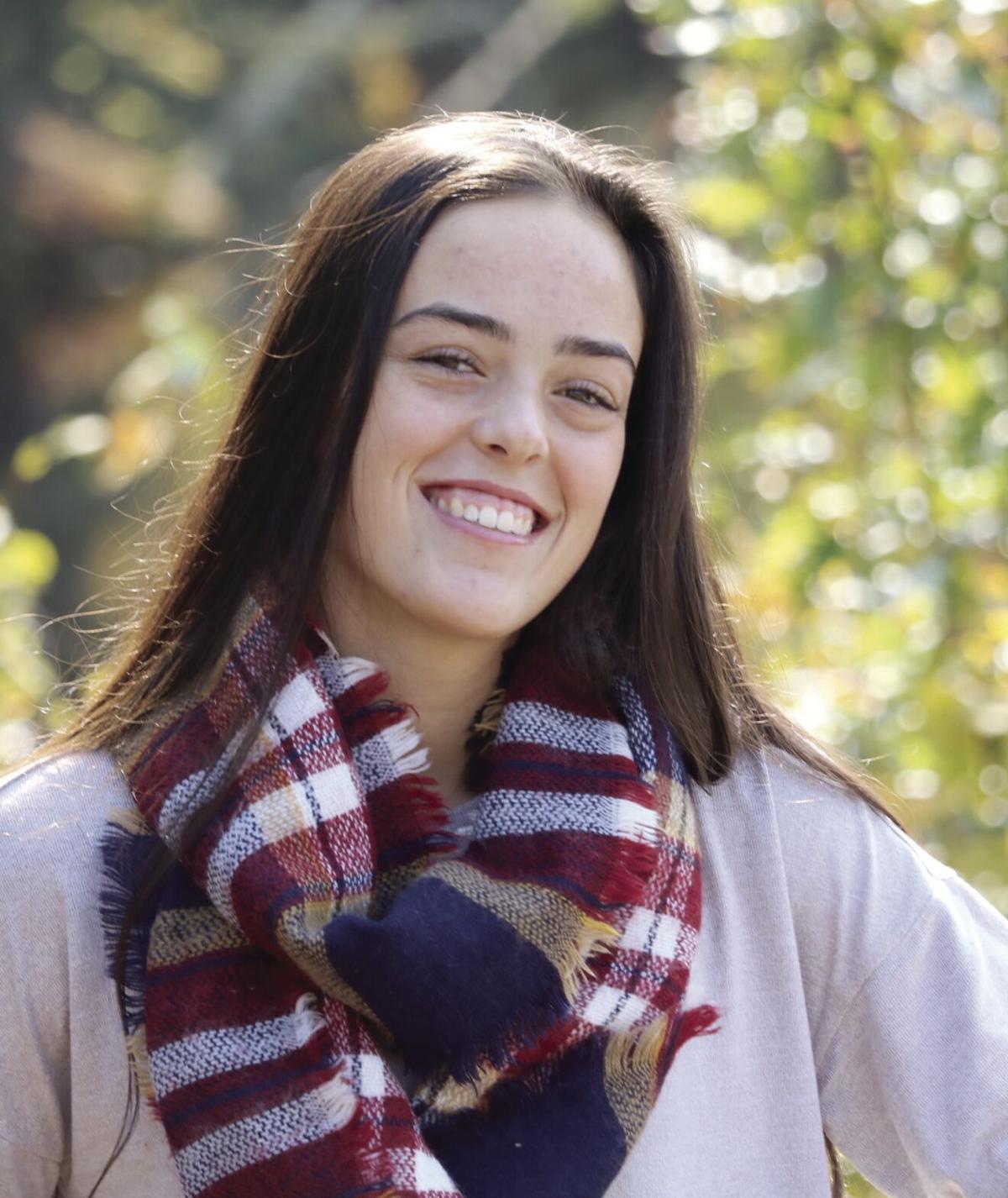 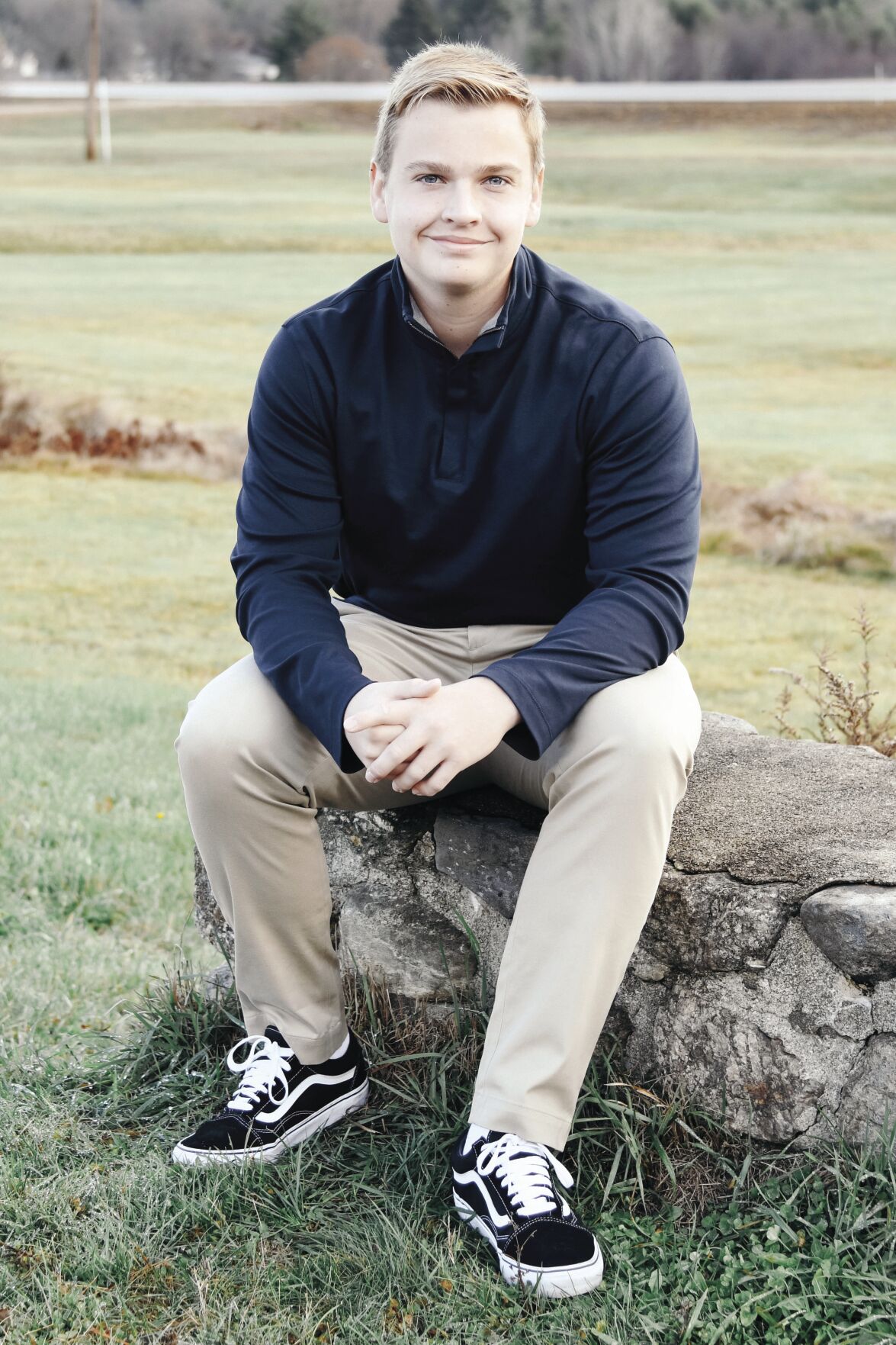 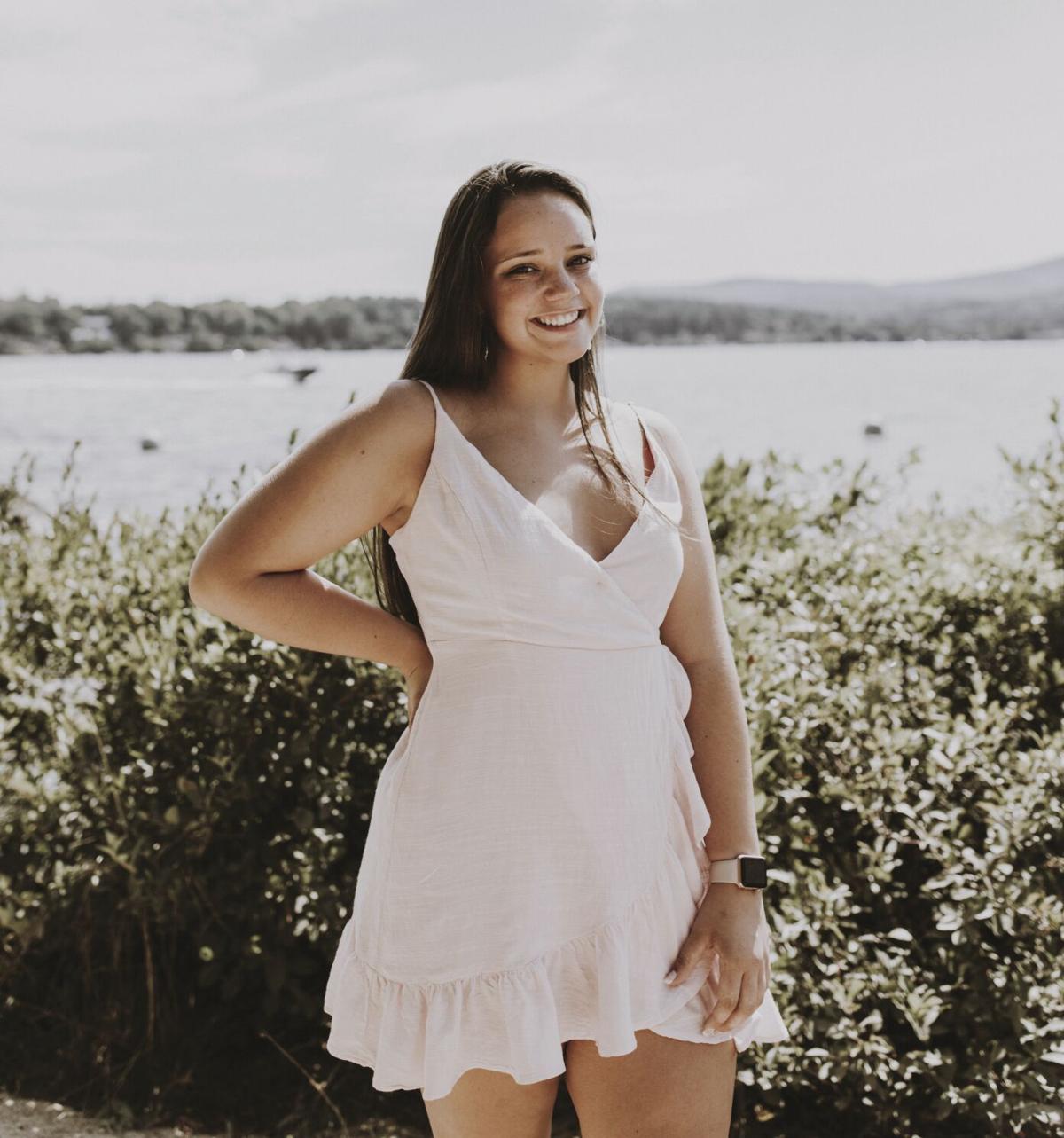 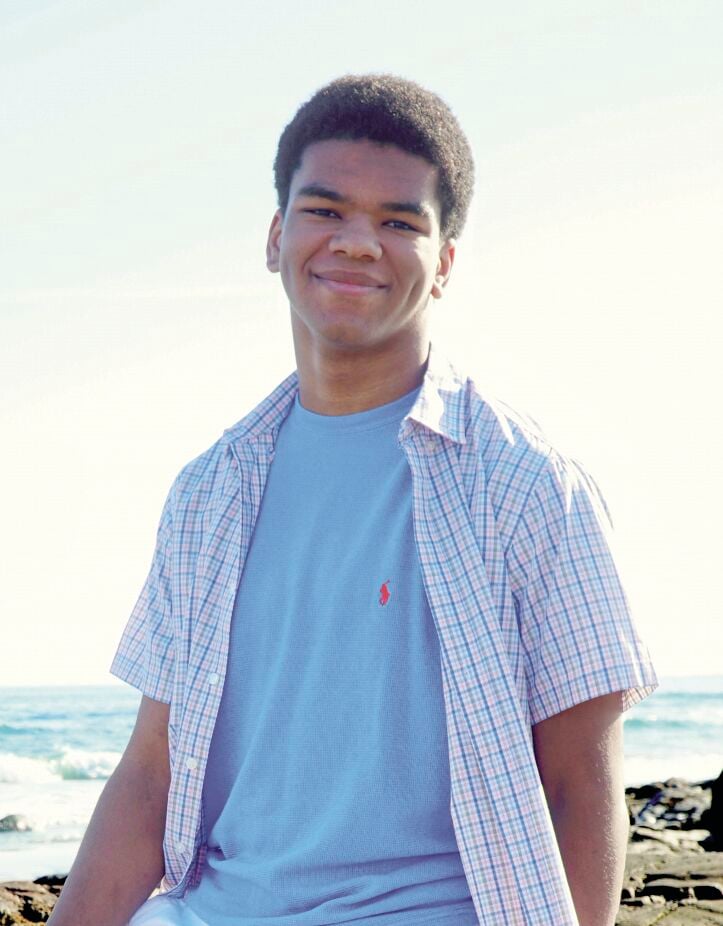 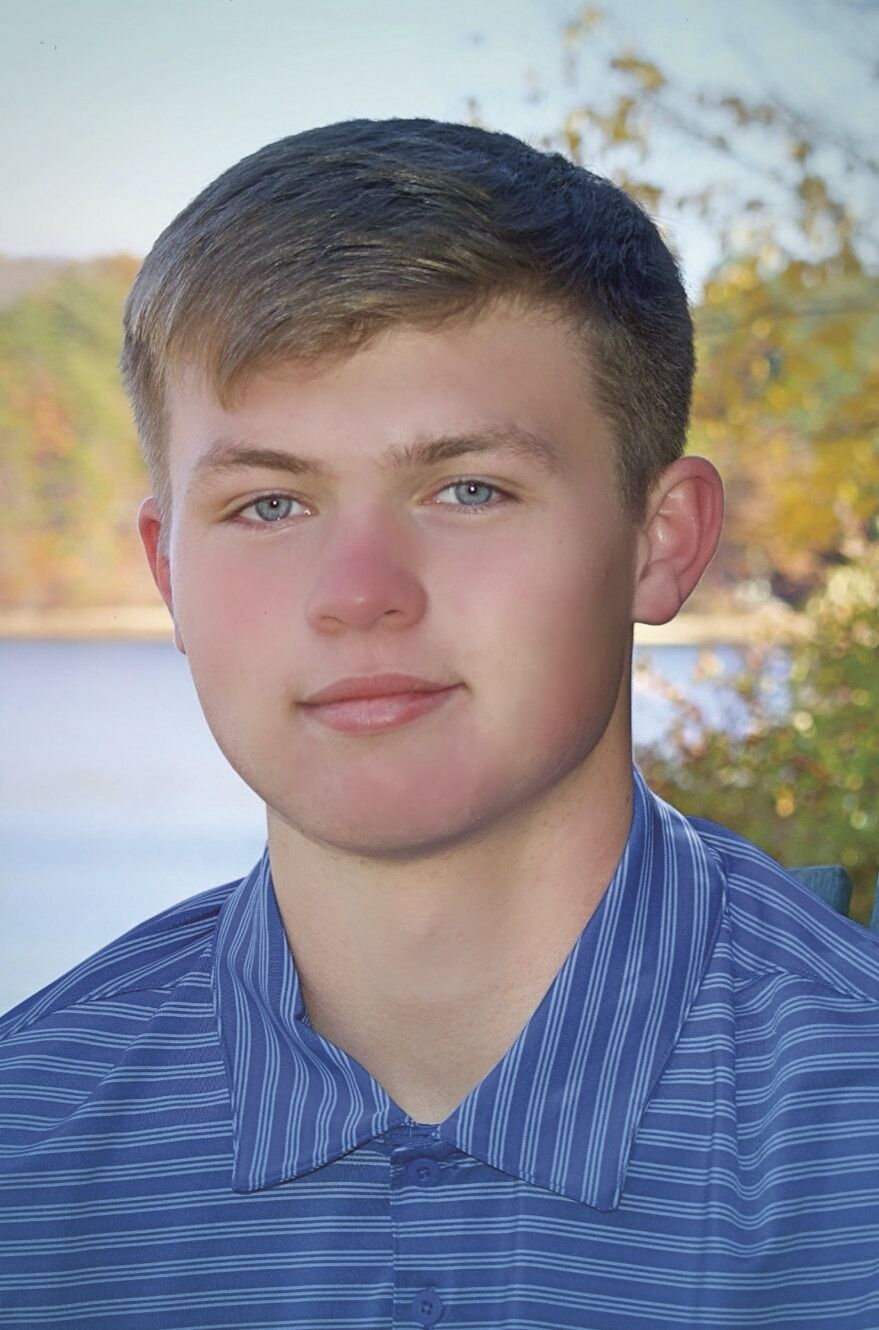 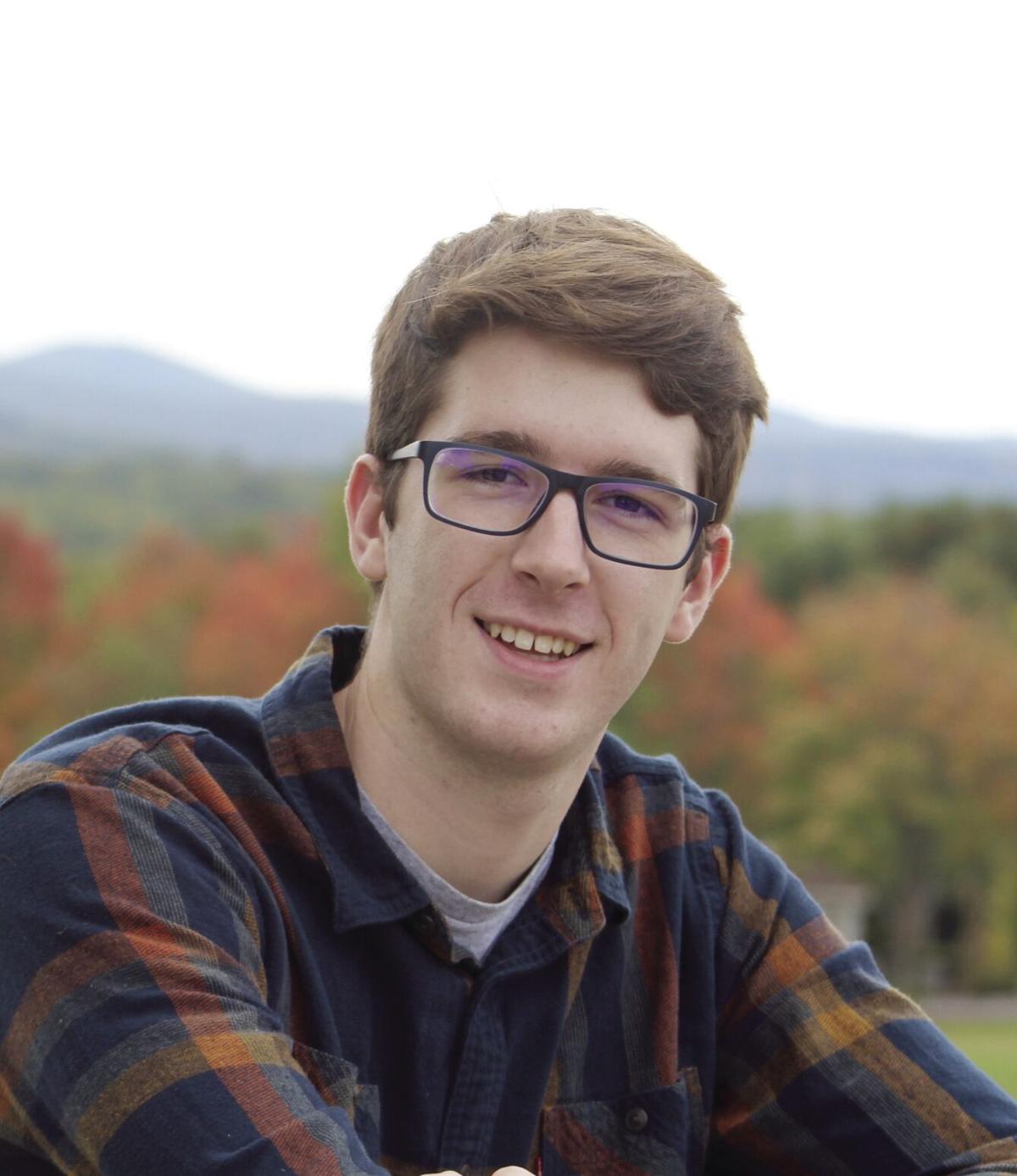 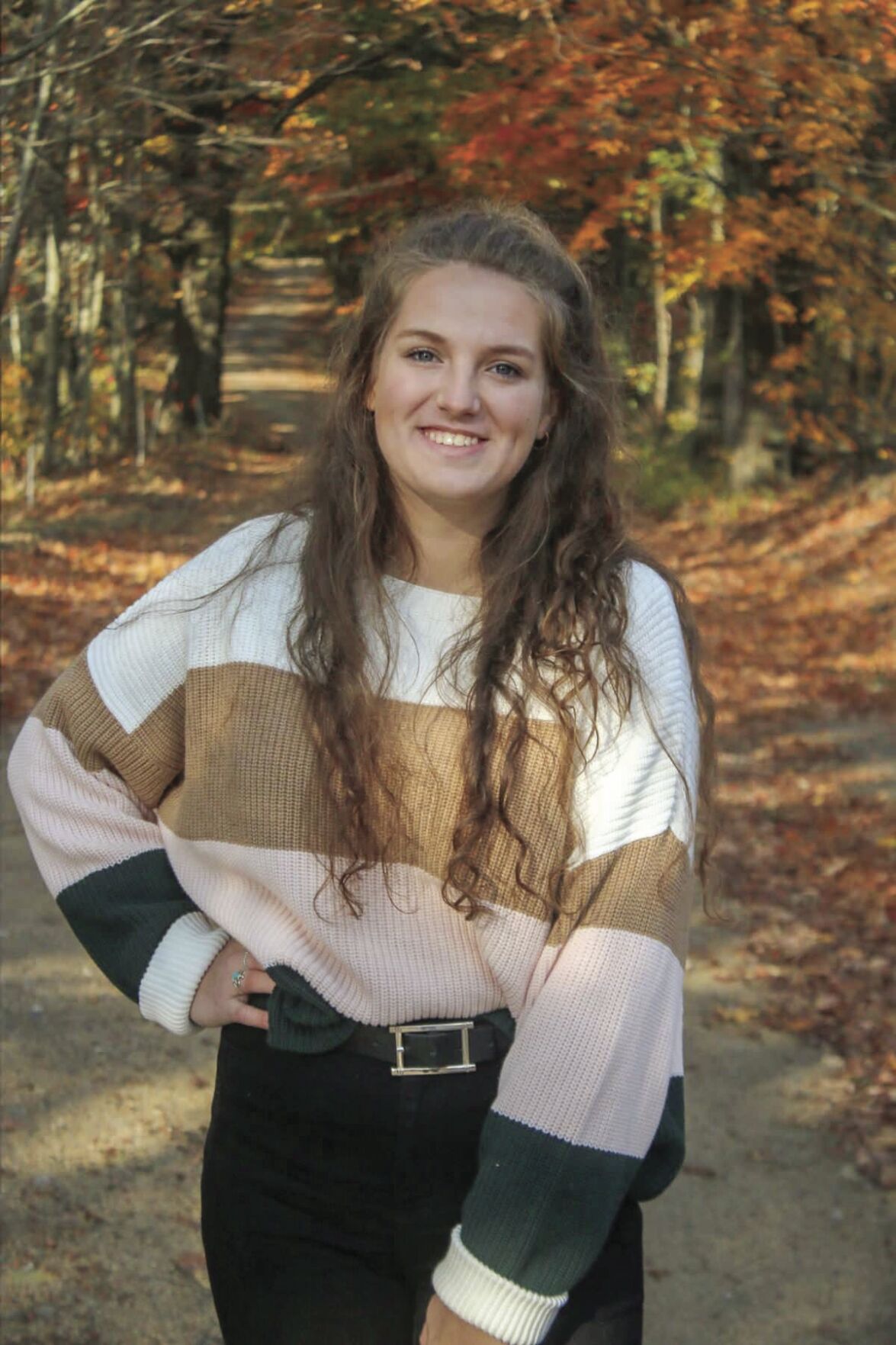 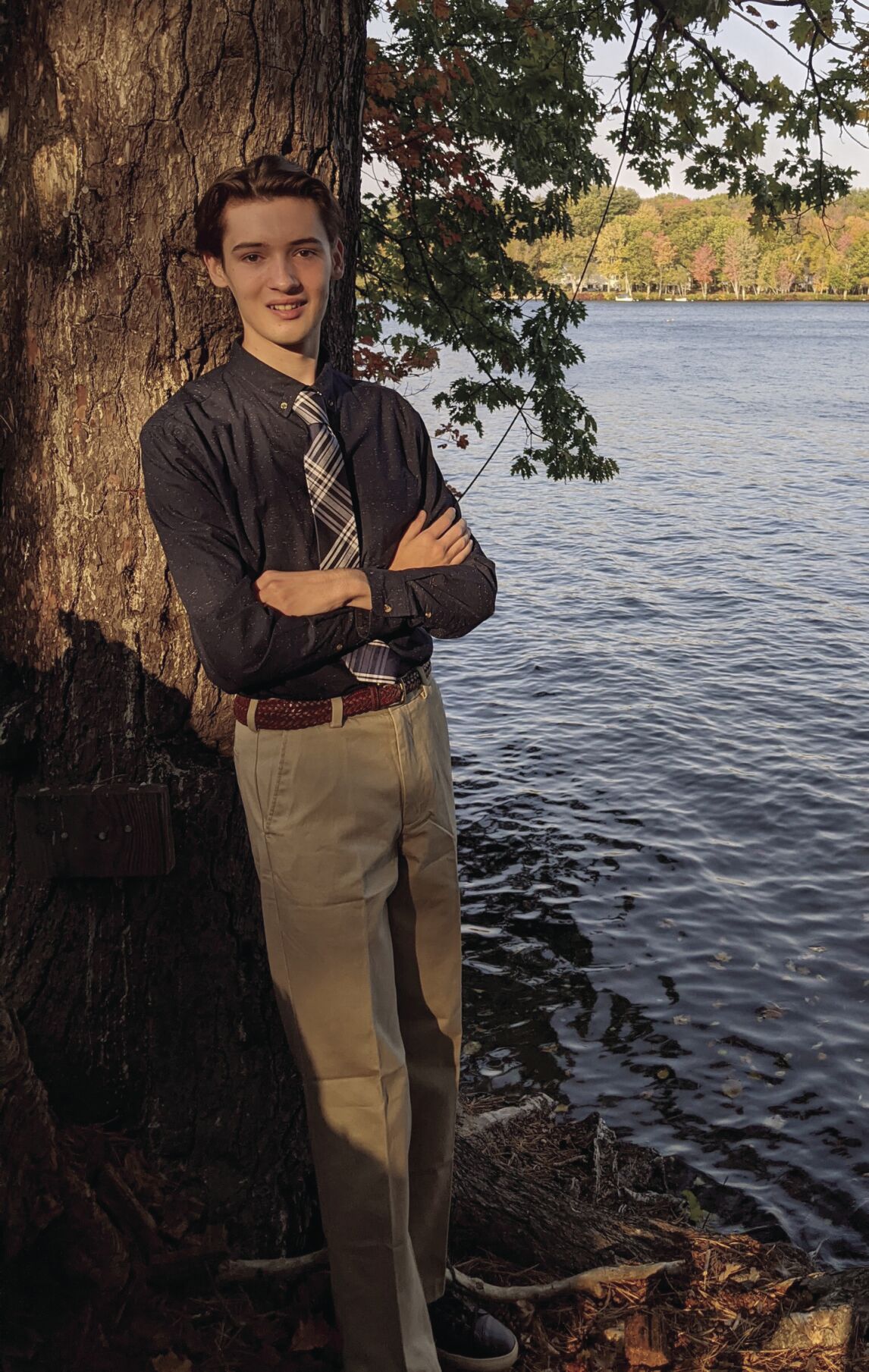 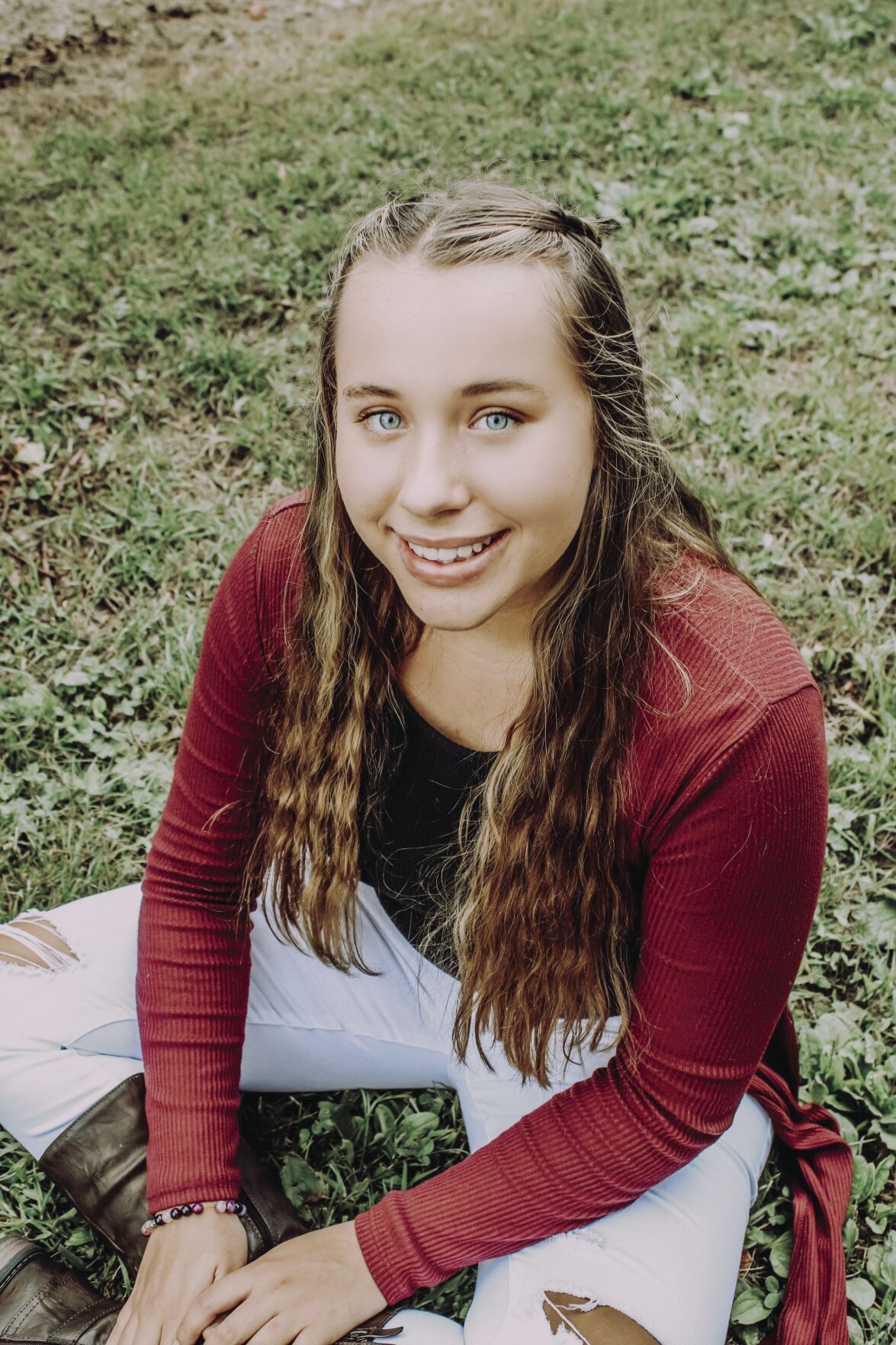 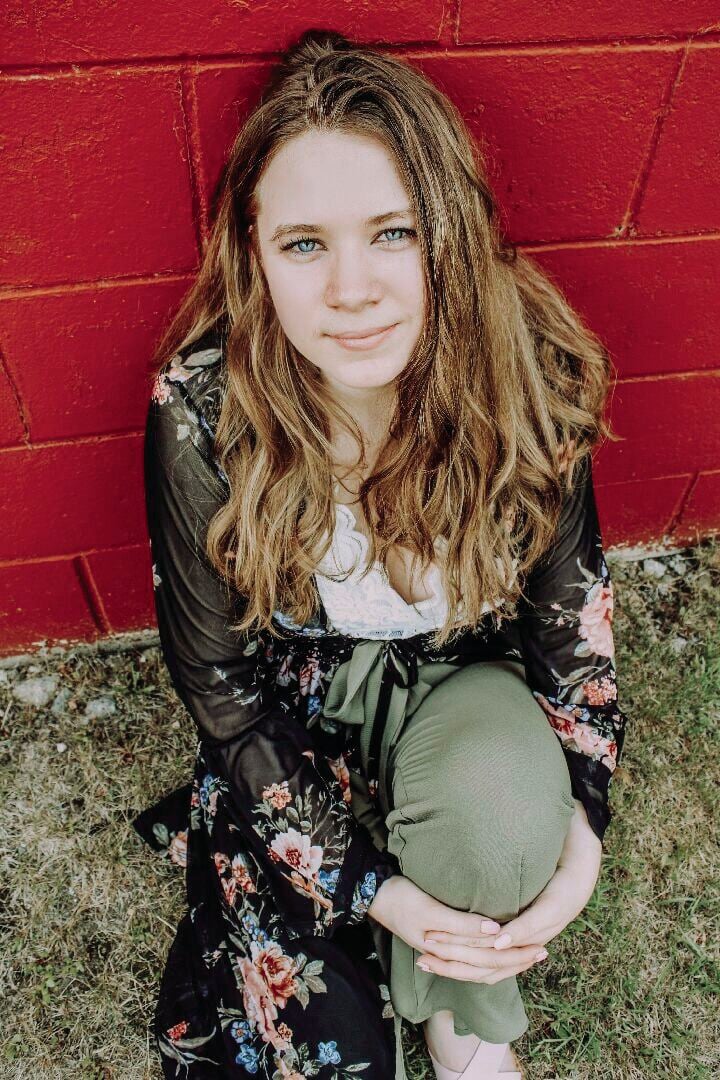 LACONIA — The top 10 graduates of Laconia High School are about to go their separate ways as they move into the next phase of their lives. But wherever life takes them, they say their schoolmates and they will always share a special bond because of the sense of community they experienced growing up in Laconia.

Lydia Tucker, Ryan Whitton, Selia Michalewicz, Andrej Bright, Dylan Dickey, Aidan Eldridge, Jillian Goyette, Benjamin Cone, Alyssa Malone, and Jaylynn Fleury all share that sentiment and say it has been one of the biggest influences on their lives.

Their interests and goals vary. Some are looking at fields of study where they can further develop their interest in technical subjects. Others find themselves drawn to professions which offer an opportunity to help others. For many, their extra curricular activities cover a wide spectrum of interests, such as sports, robotics or Scouting.

For Lydia Tucker, class valedictorian, creating a sense of community among her fellow students is a goal she has pursued with intense fervor. She launched the Passion Project to stimulate student morale and create a lasting impact on the school and the community. After graduation Tucker will be going to Dartmouth College where she hopes to broaden her knowledge of international relations. She chose Dartmouth in large part because of the opportunities to do some of her studies abroad. She is also looking forward to getting involved in programs at the Church of Christ at Dartmouth College, part of the same denomination as the Laconia Congregational Church, her home church. While at LHS, Tucker played field hockey and lacrosse, and was also active with the school’s Key Club, a service organization for high school students, as well as being involved in gymnastics.

Ryan Whitton, class salutatorian, will be attending the University of New Hampshire’s College of Engineering. One of the biggest lessons he has learned during his high school years, and particularly during the COVID pandemic, is the importance of maintaining a positive attitude. “I want to be remembered by the teachers and how positive I was,” he said. Outside the classroom Whitton has been a member of the school’s math team, and has been active in sports, playing soccer, lacrosse, and unified basketball.

Selia Michalewicz is interested in working in the medical field, and will be attending University of New Hampshire where she expects to major in some area of science. She said as a student she has learned the importance of being self-motivated. During her years at LHS she played on the girls’ basketball and soccer teams.

Andrej Bright said he found classes in science, mathematics and technology the most rewarding and will now be going on to Rensselaer Polytechnic Institute in Troy, New York, where he will be majoring in industrial management engineering — sometimes called process engineering — which deals with the interaction between humans, machines, or nature. “I enjoy tackling new problems,” he said, adding that motivation has been one of the biggest life lessons he has learned at LHS. Given his keen interest in STEM courses, Bright was involved in the school’s robotics team.

Dylan Dickey will be attending St. Joseph College in Maine where he plans to major in business and sports management. He would like to work for a professional sports team after he finishes college. He participated in three sports while at Laconia High — basketball, soccer, and spring track. Dickey hopes that after he has left LHS he will be remembered for not just what he did while a student, but more importantly for who he was. “I hope people will remember that I was more than a student and an athlete, but that I was part of the school,” he said.

Aidan Eldridge will be going to Worcester Polytechnic Institute in Massachusetts where, like Bright, he plans to major in industrial management engineering. Here too his fascination with STEM courses have been a major influence in his decision to aim for a career in an engineering field. His two passions are engineering and community service. Taken together those led him to work on a project to raise awareness of spinal muscular atrophy and create a remote controlled car for a student who suffers from the neuromuscular disorder. Other interests Eldridge had outside the classroom were the Key Club and Drama Club where he was a member of the technical crew.

Jillian Goyette will be attending University of Rhode Island this fall where she will be focusing on laboratory science. Goyette, whose mother is a nurse, is interested in working in the medical field. Her extracurricular interests included playing on the school’s field hockey and unified basketball teams.

Benjamin Cone will be going on to New Hampshire Technical Institute where he plans to concentrate his studies in the engineering field. He’s hoping to move onto a more specialized engineering field, one that he will find exciting and creative. During his high school years Cone has been on the cross-country track and swim team, in addition to being involved in competitive archery and band. He has also been involved in scouting for many years and is currently working on his Eagle Scout project — creating an historical walk downtown. The idea of the walking trail is so people can see the various historically significant places in the downtown area. Cone has been working on the project in collaboration with the Belknap Mill Society and the city. “I want to be remembered for my actions,” Cone said.

Alyssa Malone will be majoring in English at University of Massachusetts-Boston. She said she has a strong interest in both literature and writing, and has given thought to possibly going into journalism after college. She was involved in the class leadership and was also involved in the Art Club. She said showing empathy and personal character are extremely important. “I hope people see and remember me as someone who cared, and was kind and respectful,” she said.

Jaylynn Fleury plans to take a gap year after high school and work while she decides how she wants to further her education. “I don’t know what field I want to get into just yet,” she said, but added that she has given some thought to becoming a veterinarian. Fleury, too, was a class officer, and was also in the Art Club and sang in the high school chorus. With six younger brothers, Fleury said being a good role model is something she aspires to, so that her brothers will have an example to follow as they go through their school years. “I want to be remembered as someone who is remembered by my family,” she said.