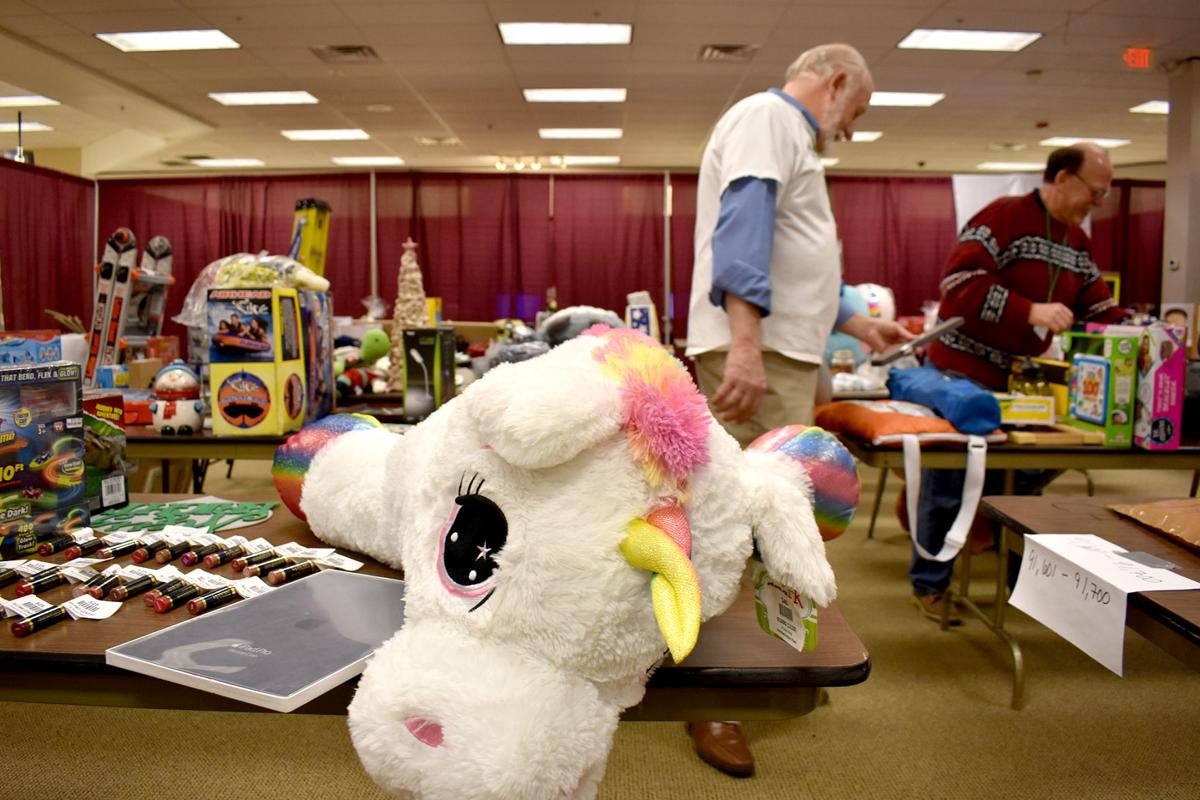 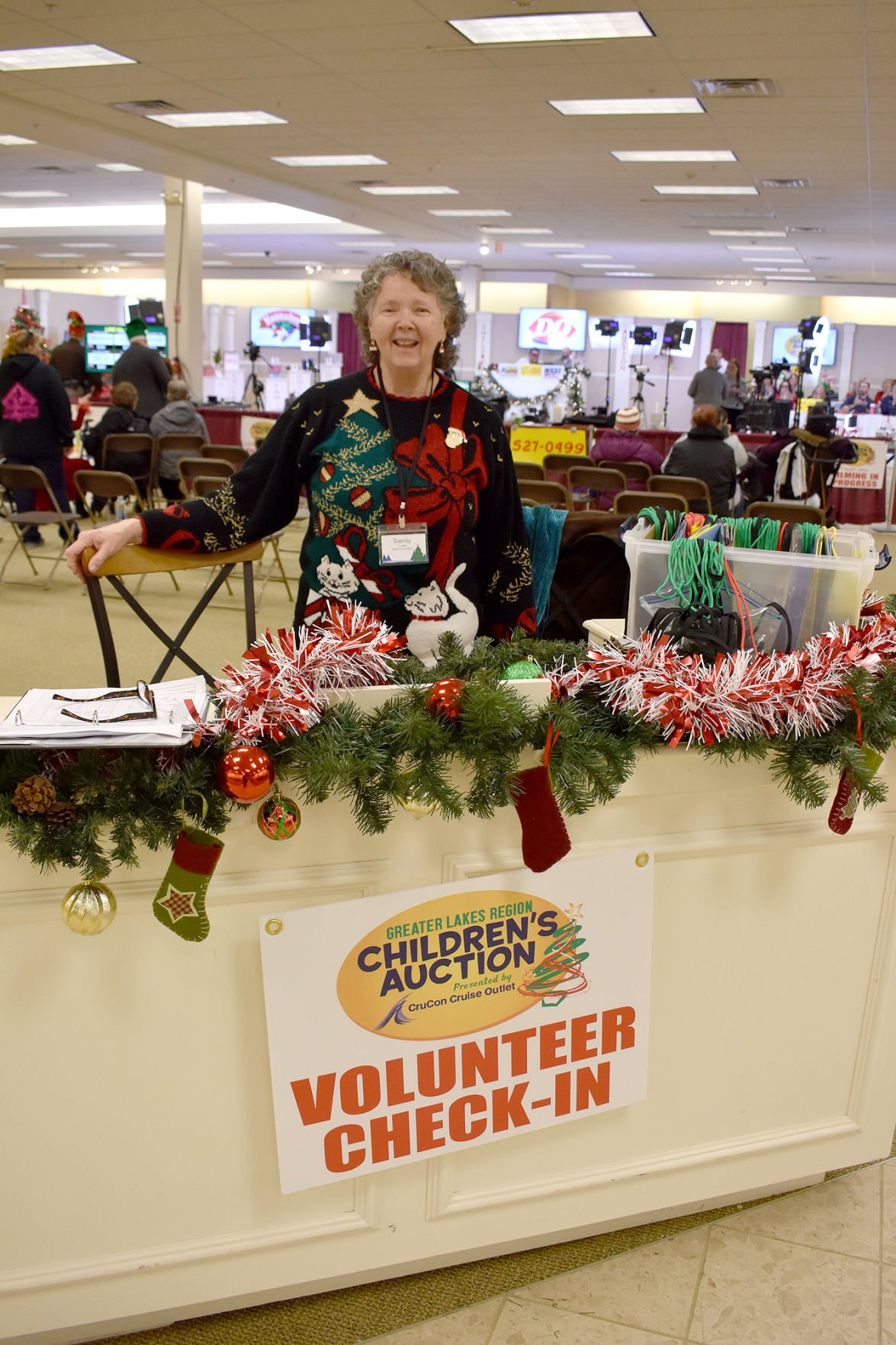 LACONIA — People see or hear the on-air hosts of the Greater Lakes Region Children’s Auction; they know about the thousands of items that go up for bid; and they are awed by the amount of money raised each year to benefit the area’s youngest and most vulnerable residents. What they may not know is just how many hands – and hearts – are at work behind the scenes, volunteering hour after hour, year after year.

“This is a lot of work,” said Jaimie Sousa, president of the board of the Children’s Auction. “The people who continue to come back do so because they’re really passionate about what we’re doing,” she said.

Board member Larry Poliquin said that more than 100 people volunteer to help at the Children’s Auction. Some are retirees, some come as representatives of local businesses, some are from the nonprofit organizations that benefit from the annual fundraiser. After school hours, young people come to help out.

In addition to the volunteers who are on the televised and radio and live-streamed broadcasts, volunteers greet people who show up at the auction. They accept, catalogue, evaluate and photograph donated items, then organize them by group to go up on the six-item auction board, and field calls from bidders.

Jared Guilmett, who helps organize auctioned items and call the winning bidders, said he has been volunteering for 16 years. It started when his parents brought him and his brother, Garrett, just to watch the auction from the spectator seating.

“Doris Makely roped us in one year to help make the calls, and we got hooked,” Guilmett said.

What hooked him? “The crazy amount of energy and intense community spirit; that’s what kept us coming back,” he said.

For longtime volunteer David Barth, it’s the end result of their collective labors that keep him coming back. He was part of the group that in 2011 formed the Got Lunch! program, which delivers food to Laconia children during the summer months. The first year that they organized the effort, they had nearly 300 children sign up.

“We didn’t know where the money was going to come from,” Barth said.

It was the Children’s Auction that stepped up, even though they were way past the grant application deadline, to get Got Lunch! off the ground. The auction has supported the program each year, which has helped several hundred school children stay fed each summer for the past eight years.

This year, Barth brought along Bob Nerbonne, a first-time volunteer who has the sound of someone who will return next year.

“It’s terrific. It just feels good to give back to the community,” Nerbonne said. “It’s amazing what this does for the community, for the kids.”

Sandy Marshall used to come as part of her official capacity when she was an employee of LRGHealthcare. She still comes to volunteer, even though she no longer works for the hospital, because of “the people that are all here, that I’ve been doing this with for so many years. And the cause, you can’t beat that,” she said.

Another of those people returning year after year is Dom DeCarli, who has been sorting auction items into groups of six for 15 years.

“It takes takes about 2,000 items to run the auction for a week,” DeCarli said. “When you’re putting boards together, you have six slots to have items, you try to keep everybody listening or watching to be involved,” he said. That means that each group should have something for a grandma shopping for her grandson, a husband shopping for his wife, and a young man looking for a gift for his grandmother. “Hold their interest for five days — that’s the challenge.”

Meanwhile, many of the volunteers are also furiously bidding, trying to tick boxes on their holiday shopping list.

By the end of the week, many of the volunteers have put in an overtime work schedule at the auction, and they’ll look forward to doing it again next year.

“The fun thing is, it’s amazing, it’s like family,” Poliquin said. “It’s not a volunteer army, it’s a volunteer family … and I think that’s what drives people back, year after year.”