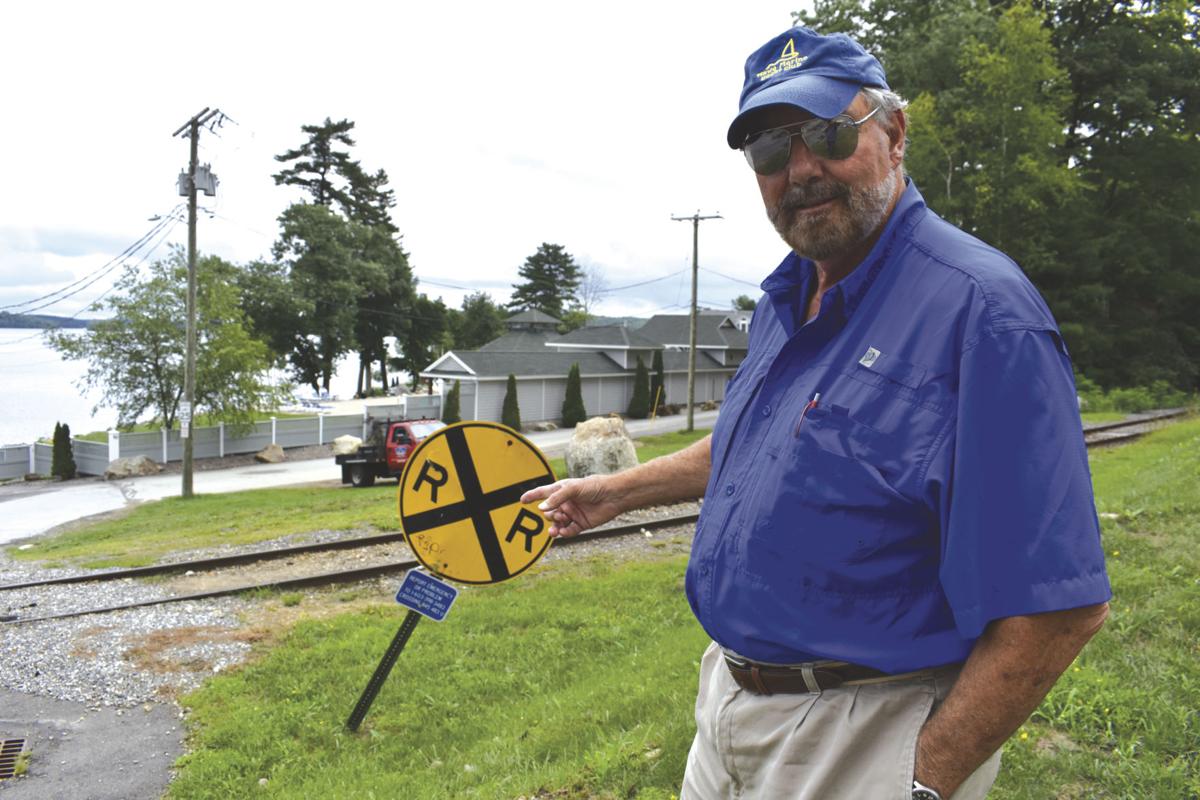 Richard Mailloux, owner of Akwa Marina, said the passing train detracts from the experience of his guests. He would prefer to see the tracks replaced with a recreational trail linking Weirs Beach to Meredith. (Adam Drapcho/The Laconia Daily Sun) 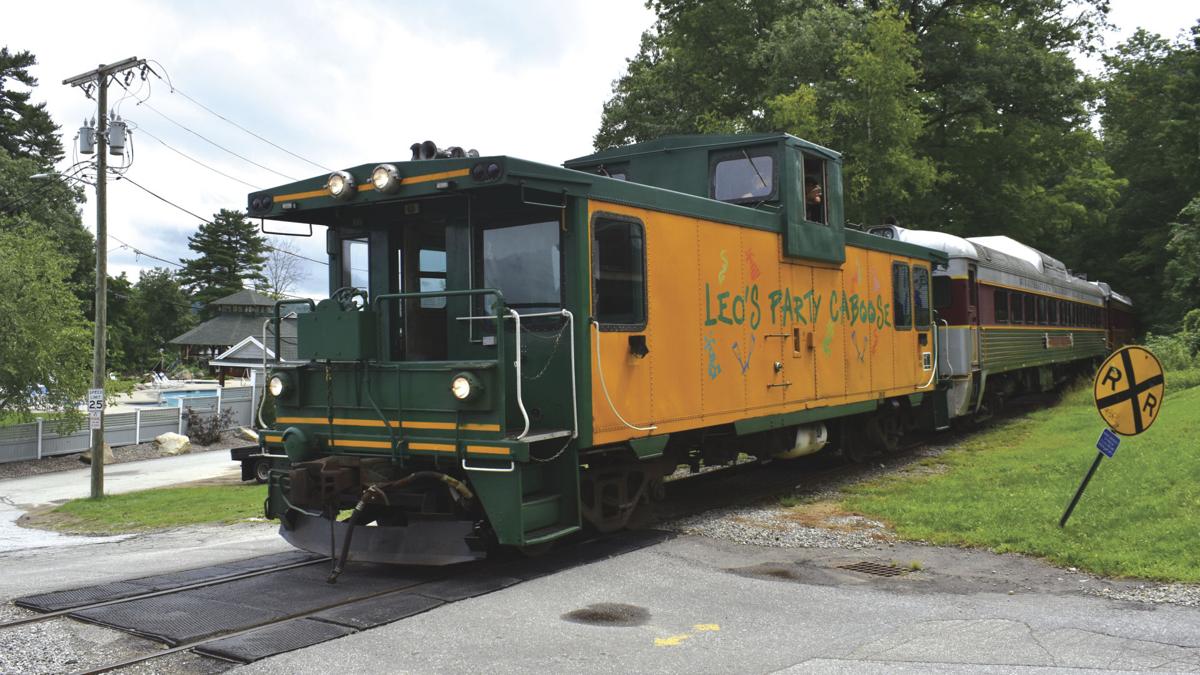 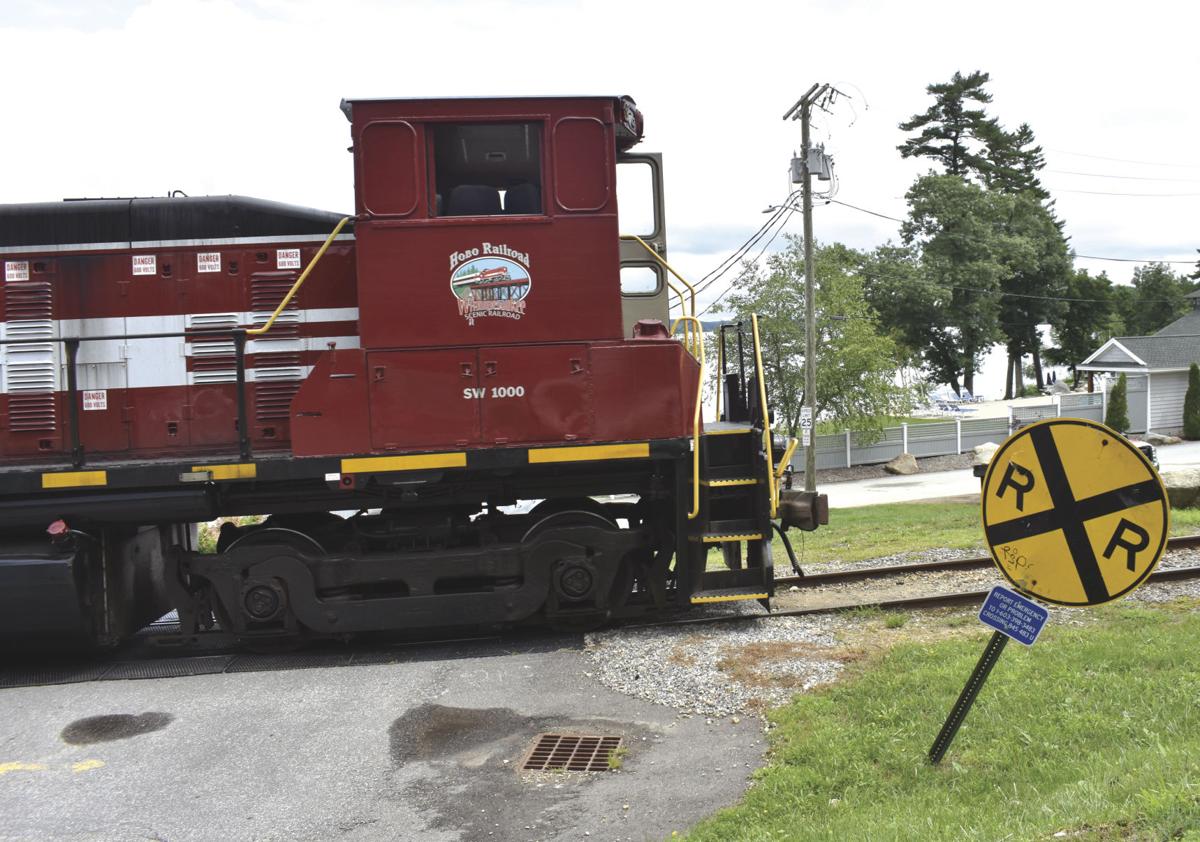 Richard Mailloux, owner of Akwa Marina, said the passing train detracts from the experience of his guests. He would prefer to see the tracks replaced with a recreational trail linking Weirs Beach to Meredith. (Adam Drapcho/The Laconia Daily Sun)

LACONIA — The City Council decided unanimously on Monday evening to commission a study to examine the pros and cons of extending the WOW Trail next to the railroad tracks along Paugus Bay, or in place of those tracks.

The WOW Trail Committee will pay for the study, which will likely cost about $50,000. The council also voted to ask the state Transportation Department for permission to use the state-owned Concord-Lincoln train corridor so a contractor could do the research. The state has said it would grant permission.

The Winnisquam-Opechee-Winnipesaukee Trail currently stretches from the Belmont town line to the Lakeport area of Laconia, a distance of 2.5 miles.

Proponents would like to extend the public pedestrian and bicycling trail another 4 miles to Weirs Beach, and eventually another 5 miles into Meredith, saying it would be a boon to tourism and economic development.

Some residents who live along Paugus Bay strongly object. They promise a court fight and contend that an extension would disrupt their privacy and lead to trespassing and other problems.

The idea of removing the tracks, which would make the trail easier and cheaper to build, is opposed by rail enthusiasts and by a freight train company and a tourist train operator that use the corridor. Also, it would require passage of a new state law. Present statutes dictate that rail takes precedence in such corridors.

Allan Beetle, president of the WOW Trail Committee, said the study will help inform the discussion about a trail extension he’s convinced will be a valuable addition to the city and the region. He said the rail corridor is currently underutilized.

“I think we have an opportunity to change the course of things in Laconia by getting this trail up to The Weirs,” he said at the council meeting.

There are also plans to extend the trail on its southern end.

“It will be an incredible amenity, an incredible ride up Paugus Bay from Laconia. If we get up to The Weirs, there will be no trail that compares to this trail in New Hampshire. You’ll have to go to the Cape Cod Rail Trail or maybe the Burlington Trail to see anything like this. This will be a real destination for people throughout New Hampshire, throughout New England to come here to ride this.”

“I have no objection to the trail per se,” he said. “Trails are OK. My position is that our concern is both with respect to freight and the tourist potential on the line, and that it would be fine if somehow the committee could find a way to get the funding and to build the trail with the rail.

"We strongly object to any idea of taking up the rail.”

Richard Mailloux, owner of the Akwa Marina Yacht Club, said the tourist train now runs close to his resort at The Weirs. He is in favor of pulling up the tracks in favor of an extended trail that he said would make the city more attractive and draw investment.

“If you want to increase the tax base, you have to use what’s given to us by God,” he said. “We have this lake in front of us. Everybody from Boston to Long Island, New York, they all come up here to see this lake, to be on it. That’s your value. That’s your base. We need to use the lake.

“I would like to build a hotel, an extended stay, on my property. How can I do that with the train whistling, blowing daily so loud you can’t stand it and sometimes up to 11 o’clock at night?”