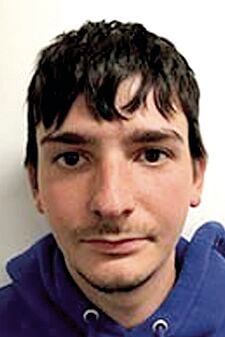 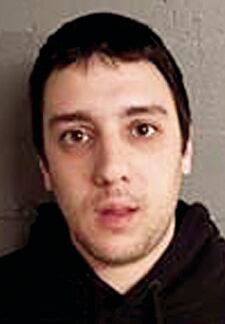 LACONIA — For the second time in less than two months a Belknap County grand jury has issued indictments in connection with what prosecutors allege was a major fentanyl trafficking operation in Belknap County.

Dylan Laflamme, 26, of Hillsboro Street, in Berlin, and Adam Brooks, 32, of French Hill Road, in Milan, were both indicted on charges of conspiracy to sell fentanyl.

The indictments were issued by the latest session of the Belknap County grand jury.

Laflamme was also indicted on a charge of possession of fentanyl with intent to sell.

The two were among 10 people who were arrested in May as a result of a month-long, multi-agency, drug trafficking investigation which involved State Police, the state Attorney General’s Drug Task Force, and the federal Drug Enforcement Administration.

Laflamme and Brooks are alleged to have been working together in an attempt to sell 695 grams of the opioid drug — or 24½ ounces, or 1½ pounds — enough to cause the death of almost 350,000 people.

An indictment is not an indication of guilt. Rather it is a finding by a grand jury that enough evidence of an alleged crime exists to warrant being a case to trial.

According to the indictments Laflamme traveled several times to unspecified locations in the state to sell or purchase fentanyl, and traveled to locations to give unnamed individuals money to buy fentanyl. In addition, Brooks agreed to be involved with Laflamme in the alleged criminal enterprise.

On Jan. 29 of this year, one or more people gave Laflamme approximately 695 grams of fentanyl in Tilton, and on the same day Laflamme possessed “with intent to sell” the same amount of fentanyl in Sanbornton, the indictments state.

The affidavits outlining the evidence authorities used to show probable cause for arresting the two men have been sealed, according to court records.

Laflamme was released on personal recognizance and Brooks on $2,000 cash bail pending an arraignment.

The multi-agency investigation spanned Belknap, Carroll, Coos, Merrimack and Rockingham counties, and resulted in the seizure of approximately 6 pounds of fentanyl and 11 firearms, according to the state Attorney General's Office.

Eight of those arrested were from the North Country, while two were from Lawrence, Massachusetts.

A single 2 milligram dose of fentanyl (there are 453,592 milligrams in a pound) is lethal for most people, according to the Drug Enforcement Administration.

A pound and a half of fentanyl is worth about $150,000 on the street, according to the DEA.

In late May two Boston men were indicted for allegedly selling 1½ pounds of fentanyl to an informant in Tilton.

Others indicted on drug charges by the latest grand jury session were:

Henry Coburn, 53, of Perch Pond Road, in Campton, was indicted for possession of methamphetamine.

Bruce E. Collins, 51, of Elkins Street, in Franklin, was indicted for possession of methamphetamine.

Scott Coy, 37, of Endicott Street North, in Laconia, was indicted for possession of cocaine.

Jocelyn Dubois, 30, of Merrimac Street, in Laconia, was indicted on separate charges of possession of fentanyl, and possession of methamphetamine.

Charity Eddy, 46, of Harvard Street, in Laconia, was arrested on two charges of possession of methamphetamine.

Joseph Robinson, 43, of Union Avenue, in Laconia, was indicted for possession of methamphetamine.

Susan E. Spurr, 46, of Shapleigh, Maine, was indicted on separate charges of possession of clonazepam, buprenorphine, alprazolam, and morphine (all subsequent offenses). She was also indicted for driving after having been certified an habitual offender.

Meghan Tighe, 28, of Pleasant Street, in Franklin, was indicted on separate charges of possession of fentanyl and possession of methamphetamine (both subsequent offenses).

James Vien, 36, of Brewster Road, in Center Barnstead, was indicted on separate charges of possession of methamphetamine, and possession of buprenorphine (both subsequent offenses).

Jeffrey Wyatt, 22, Dewey Street, in Laconia, was indicted on a charge of sale of fentanyl. According to the indictment, Wyatt sold the drug to a police informant within 1,000 feet of a school building.