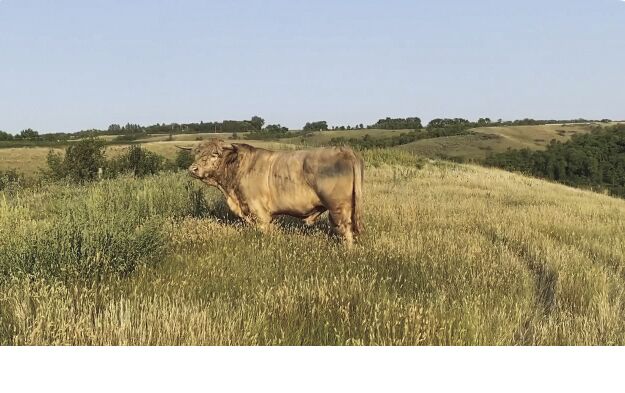 Blain, the Scottish Highlander bull, on the prairie in his new home: Sawyer, North Dakota. 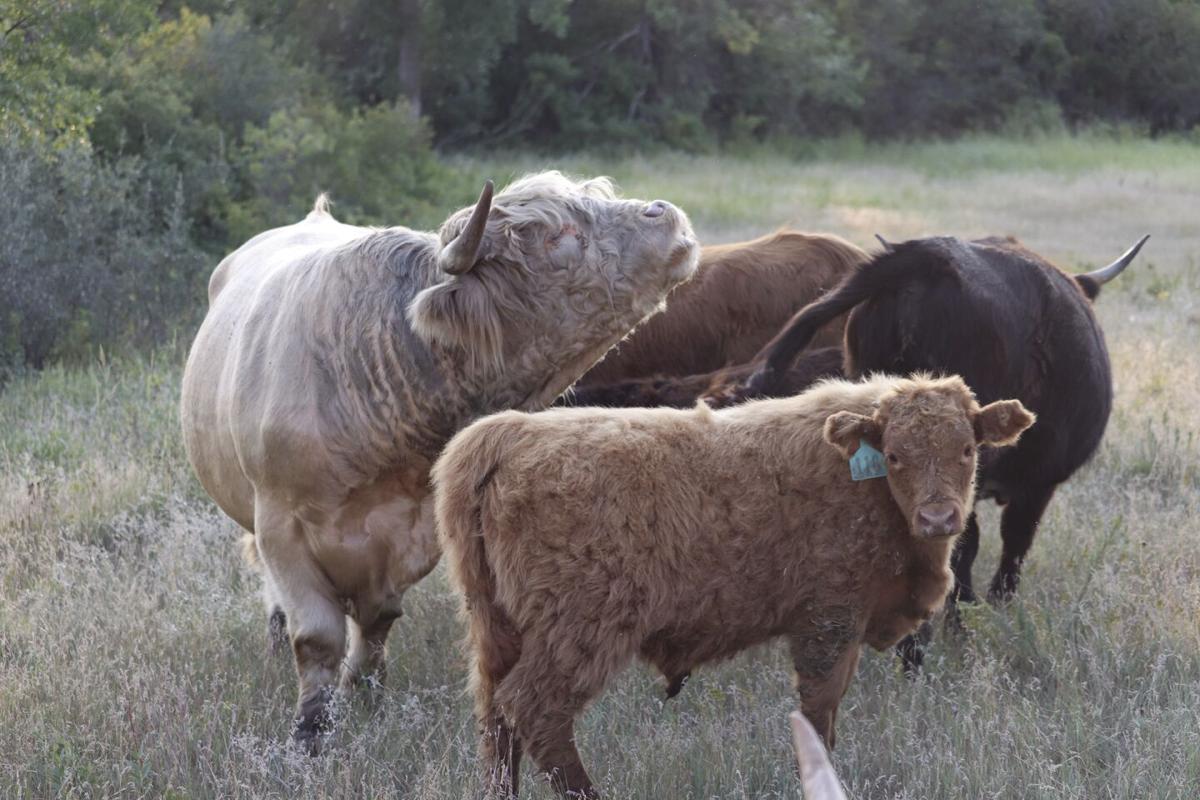 Here is Blain in ND with his new cow-girl friends.

Blain, the Scottish Highlander bull, on the prairie in his new home: Sawyer, North Dakota.

Here is Blain in ND with his new cow-girl friends.

Not Your Ordinary Cattle Drive

Regular readers have learned about Blain's career and the offer to buy him from Jeanne Anderson, a rancher in North Dakota. I had to ask myself, "Why would I sell the best bull I ever owned?"

Blain is a stocky ton of beefy muscle, and his physique is something any meat producer would want to pass down to the next generation. Apart from one unfortunate incident when we were installing his ear tag, Blain has been a gentleman to humans and cows alike. I could walk up to him in the pasture to put a halter on him; he would follow behind me docile as a lamb; and he was a proper suitor for the cows. I watched him groom Virginia, by licking her neck for hours! He hung out with her and shared his food with her. Cows won't breed with just any bull, but Blain's gentleness won each cow's respect and cooperation. He is the ideal breeding bull.

The thing is, I don't need a bull anymore. On Miles Smith Farm, the breeding window is only six weeks in July and August. But I still have to take good care of my bull the other 46 weeks. During the long New Hampshire winter, that means buying him huge amounts of expensive hay.

I considered renting a bull but decided to go with artificial insemination or A.I. That way, I can choose the bull from a catalog for the perfect genetics. Of course, a catalog bull can't woo his girls and negotiate that vital transaction. Instead, I'll have to pay close attention to each cow's heat cycle. When it becomes apparent she is ready; we'll put her in the squeeze chute and have a professional do the insemination with a strawful of semen. The cow will miss out on the romance, but hopefully, she'll still get pregnant.

So I sold Blain to Jeanne. She arranged for his transport with Lippert Trucking, which delivers livestock all over the country. But before he left on his 1,800-mile journey, he needed a health certificate and an entry permit for North Dakota. Every bovine shipped across state lines must have a health certificate based on the requirements of the destination state.

North Dakota requires a test for trichomoniasis, a venereal disease that seems widespread in the Midwest and West, but not so much in New England. At first, our veterinarian did not know how to administer the test, but after many phone calls and some internet research, the vet sent a scraping sample from inside his sheath to Colorado State University's Veterinary Diagnostic Laboratory. A week later, the result came back negative, and North Dakota issued an entry certificate.

To look his best for his new owner, Blain got a proper washing the night before he left, and because he didn't like his ear tag, I removed it. Blain immediately stopped swinging his head and looked at me as if to say, "Thank you, ear-bling is not my thing."

The next day the trailer pulled up at 7:30 a.m. It was not just any stock trailer; this 24-foot, extra-wide trailer was like a mini-barn. Six stalls containing mini-pigs were set up in the front of the trailer. There was a stall in the middle for a young Texas Long Horn heifer, and Blain, all 2,000 pounds of him, had the rear stall. He had plenty of room to move around, lots of hay, and a supply of water. And off he went.

This "cattle-drive" took seven days because other animals were delivered or picked up along the way. The driver stopped each night to give himself and the critters time to rest.

On Aug. 22, Blain arrived at his new home in Sawyer, N.D., which he'll share with a lovely herd of Highlander cows and heifers. I'm sure he'll fit right in and win these new girls' hearts just like he did here.

My relationship to Blain the Bull

It might seem that a calf born on the farm lives out his life there. That's true of 90 percent of the herd at Miles Smith Farm. But some cattl…