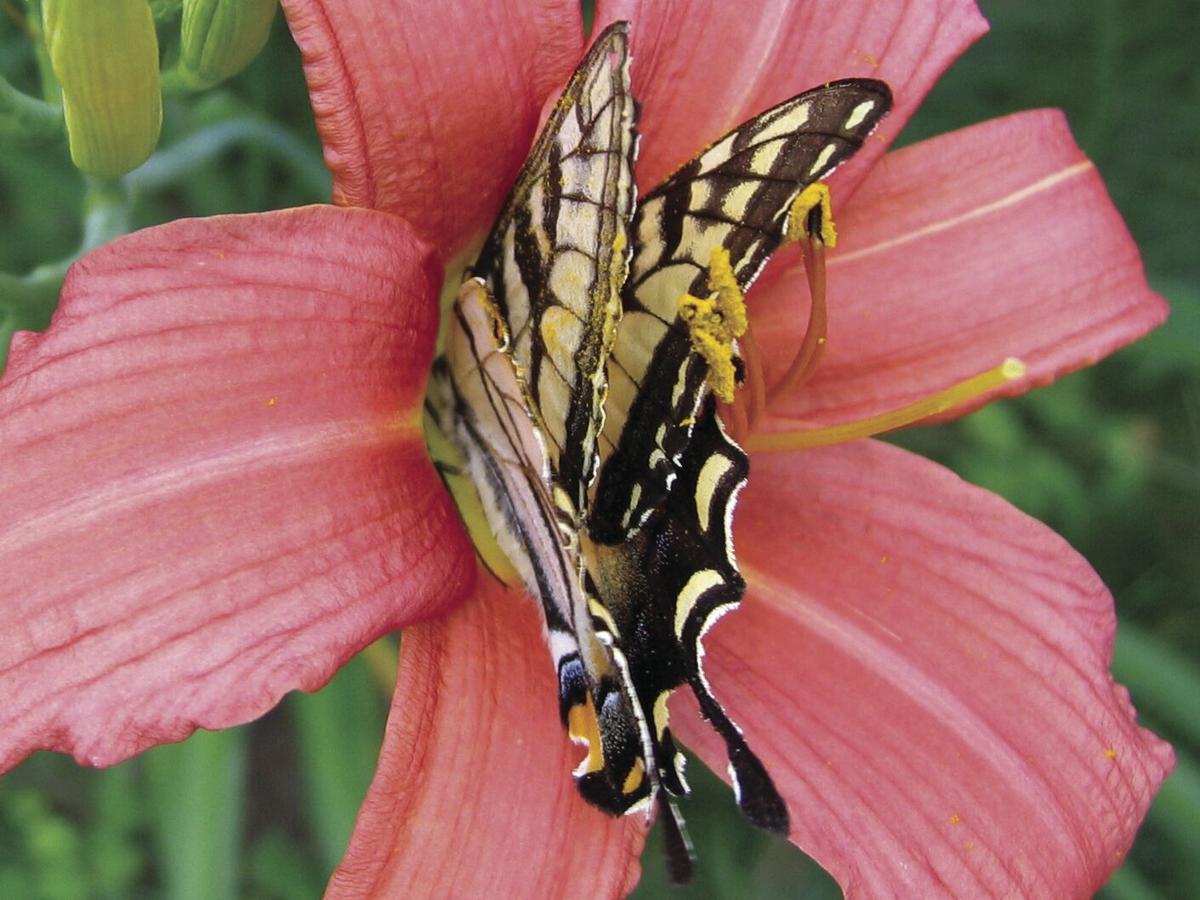 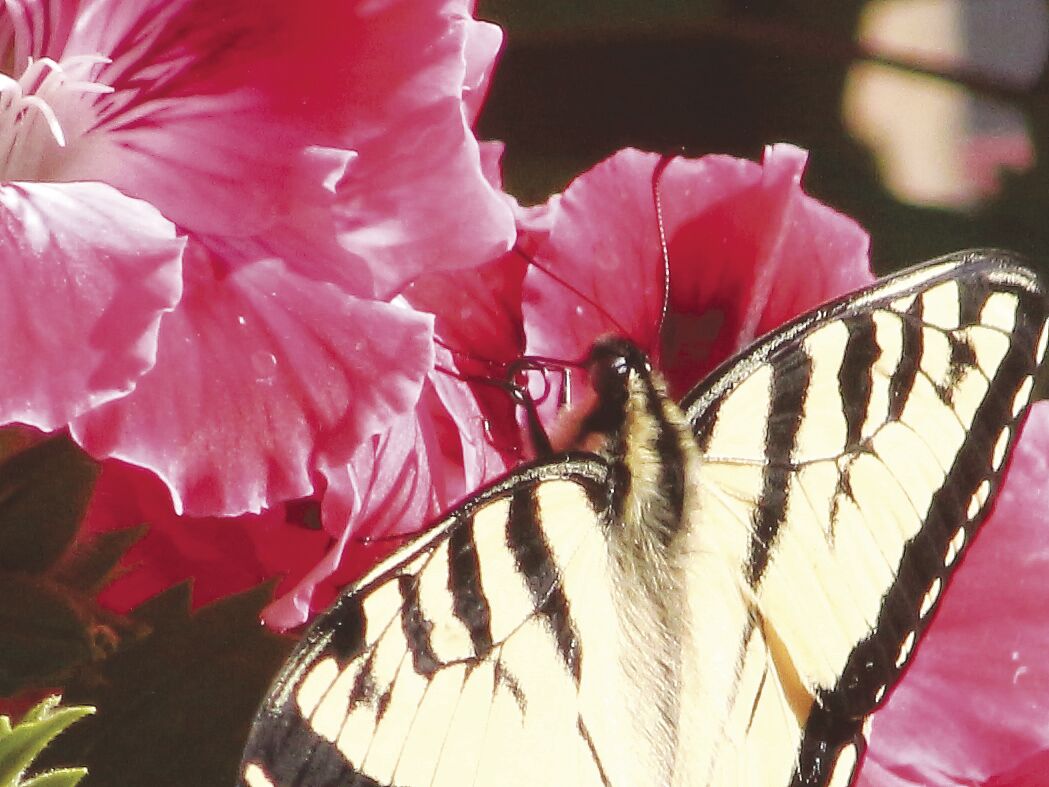 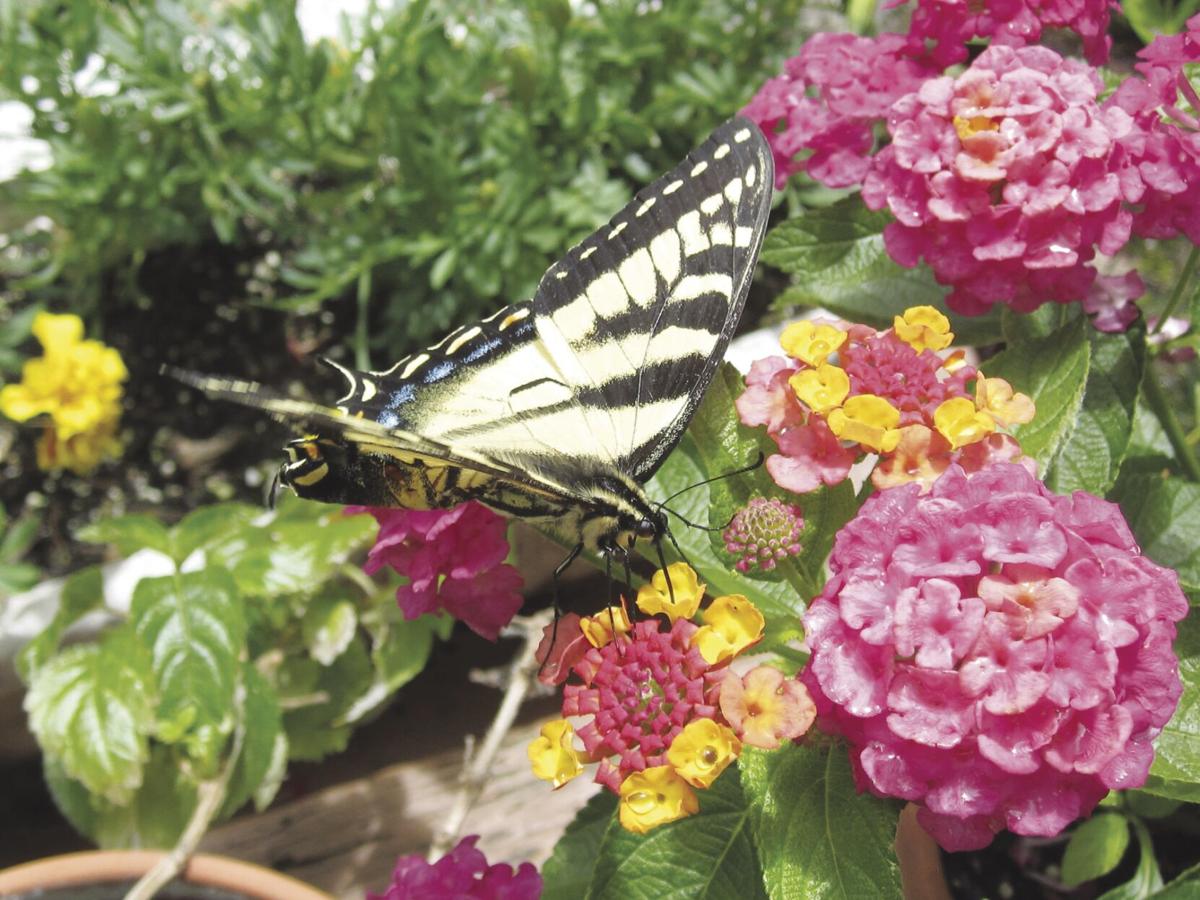 New Hampshire’s wildflowers are a feast for the eyes from late winter when early bloomers like snowdrops emerge, through late fall when a hard frost kills off the last of the late summer flowers such as goldenrod. Their attractive colors and forms have evolved over thousands of years with the focused intent of attracting attention; not so much our attention, but the attention of insects which are essential to their pollination and thus continued survival. The majority of pollinators do their job unnoticed and un-thanked — flies, bees, moths, and many others. But then there are those that are so big and so beautiful they’re noticed where ever they go; who hasn’t marveled at the impressive tiger swallowtail butterfly.

With a wing span of up to five inches, the Eastern Tiger Swallowtail (Papilio glaucus) is not only a highly visible butterfly in New Hampshire, but it’s also one of the most common butterflies we have here, undoubtedly due to some amazing attributes it has developed over time. This butterfly’s adaptations kick in right after the eggs hatch into caterpillars. While some butterflies require a single plant species to survive — for example, the monarch caterpillar will eat only milkweed — a tiger swallowtail caterpillar is less picky and will feed on many plant species, though it prefers black cherry, birch, and ash, and this broad dinner menu is certainly a factor in its wide spread presence.

Like other butterflies, the tiger swallowtail has evolved an array of defensive techniques to aid its survival. Having been strategically placed on a preferred tree species, a newly hatched caterpillar won’t need to travel at all to start feeding on its favorite leaves; it will eat and grow rapidly through five caterpillar stages which are called “instars.” In the first instar, it’s a small brown caterpillar appearing like a bird dropping, so most predators will leave it alone. As it grows and molts through the stages it turns green and develops large eye spots on its body which makes it look like a snake so hungry birds and rodents keep their distance. In its final caterpillar stage it turns brown again for camouflage and forms a chrysalis on a tree branch to begin its metamorphosis into a butterfly. At this point their life cycle varies depending on the time of season. Unlike a monarch butterfly which reliably emerges from its cocoon in seven to 10 days, a tiger swallowtail can take two or three weeks, maybe longer. And if it didn’t form a chrysalis until late summer or fall it will overwinter within its safe cocoon and not emerge until the following spring. While safely protected within its hidden chrysalis it will perform one of the most amazing feats of nature, one that scientists still don’t fully understand, transforming from a bland, crawling caterpillar into the fabulous flying beauty of a butterfly.

As an adult butterfly, the tiger swallowtail’s food source changes from tree leaves to the nectar of flowers. The eastern tiger swallowtail doesn’t purse pollen the way a honey bee does, but rather it pollenates flowers purely by accident as a by-product of its search for nectar. The proboscis of a butterfly is long hollow tube which it keeps rolled up and hidden until needed. When it finds a promising flower it lands and extends its proboscis to probe deep into the flower where the nectar is located. Some flowers such as lilies have evolved deep blossoms and long stamens — the part of the flower which hold the pollen. This forces the butterfly to dive deep into the flower past the pollen which is on the tips of the stamen. As the butterfly enters and feeds, the sticky pollen attaches to the butterfly’s wings so when it flies on to other flowers it brings some pollen from the plant to share with many others. Having fed itself and pollinated the local plants, adult tiger swallowtails will mate, the females will lay individual eggs on their preferred tree, and the process will begin again.

As our most common butterfly, painted bright yellow with contrasting black lines and orange and blue spots along the edges of its wings, the tiger swallowtail is readily seen throughout the Lakes Region. Whenever I see one I stop and think about the amazing process it has gone through in order to fulfill its role in nature as well as to share its beauty with us.