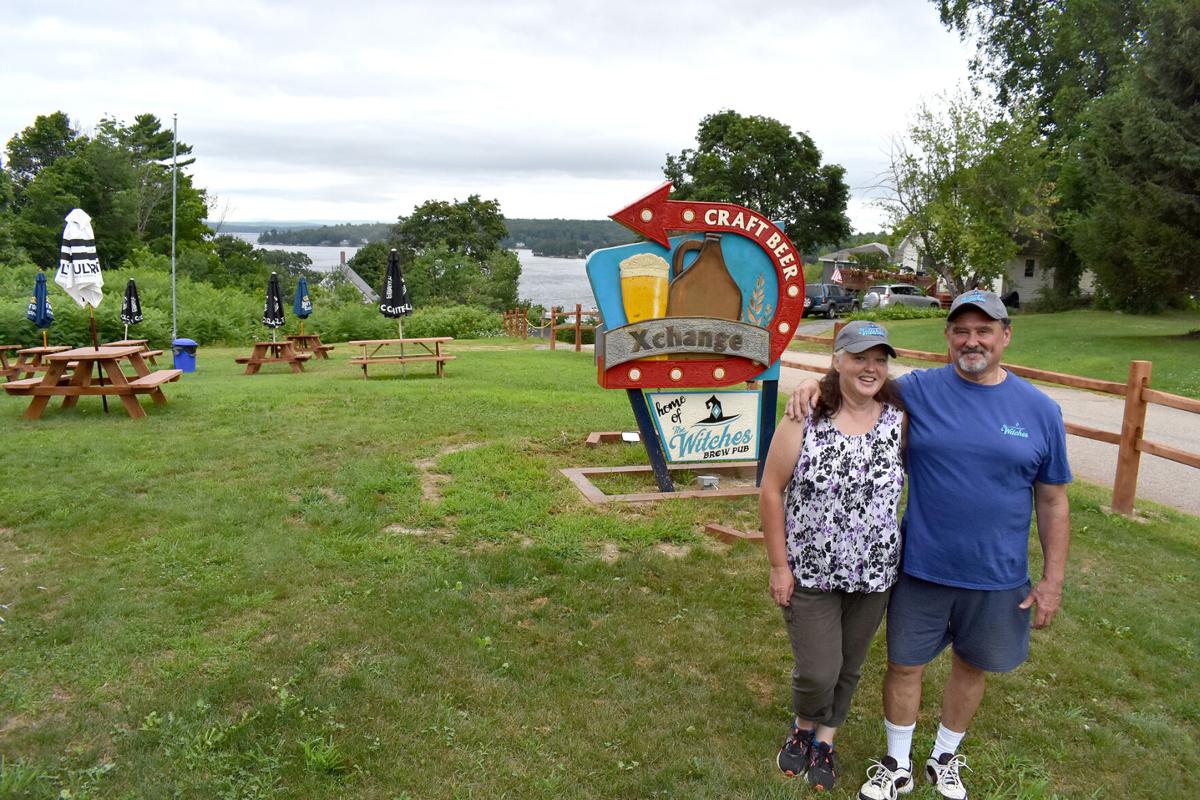 Monique and Keith O'Leary purchased the 1920-built property at the top of Doe Avenue in The Weirs in 2018, spent two years renovating it, and opened it this past weekend as a tribute to their shared love of craft beer. (Adam Drapcho/The Laconia Daily Sun photo) 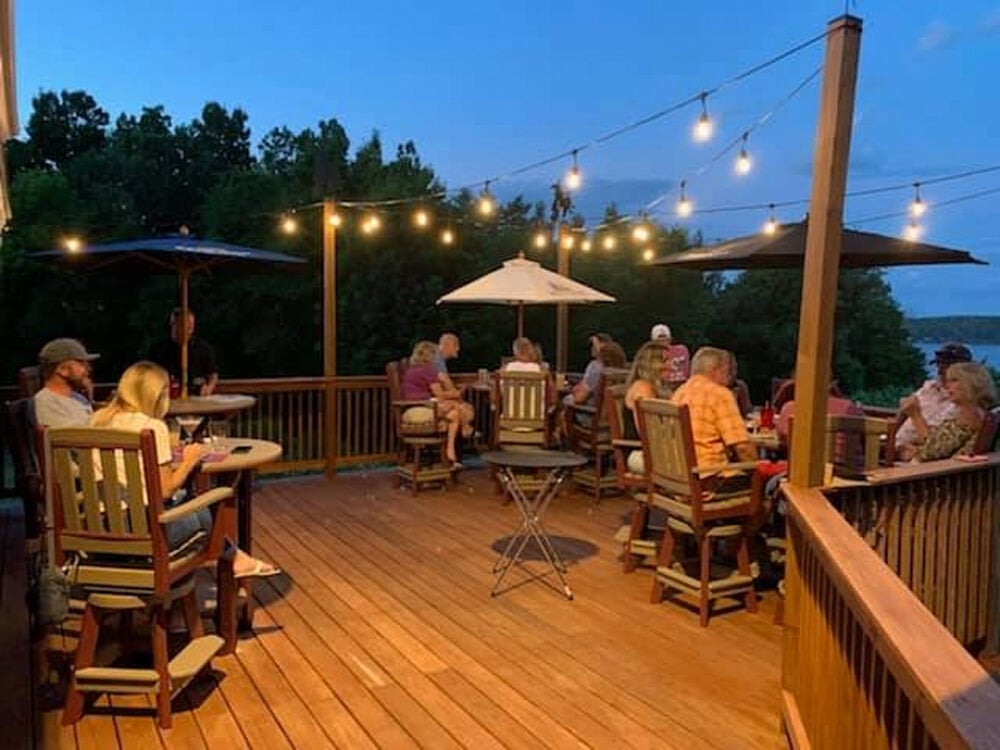 The Witches, a brew pub overlooking Weirs Beach, has seating options indoors, on a lawn, and on a deck. (Courtesy photo)

Monique and Keith O'Leary purchased the 1920-built property at the top of Doe Avenue in The Weirs in 2018, spent two years renovating it, and opened it this past weekend as a tribute to their shared love of craft beer. (Adam Drapcho/The Laconia Daily Sun photo)

The Witches, a brew pub overlooking Weirs Beach, has seating options indoors, on a lawn, and on a deck. (Courtesy photo)

LACONIA — Keith and Monique O’Leary realized a long-held dream on Saturday when they opened the doors to The Witches. If their first weekend is any indication, their pub will also be a dream come true for those who love good beer.

“We want to be a Mecca for craft beer,” Keith said.

The O’Learys are from Massachusetts but have been vacationing in the Lakes Region for many years. They now live in Gilford full-time, and in 2018 they purchased the property at 59 Doe Ave., which is near the top of the hill that Tower Street climbs, and which looks out over Lake Winnipesaukee and the docks at Weirs Beach.

The property has a grand history, built in 1920 and operated as the “Lawrence Manor,” a 48-acre resort that catered to visitors who stepped off the train at Weirs Beach. In more recent years, after many of those acres were parceled off, it was operated as a French restaurant.

Then it sat for many years, and when the O’Learys signed the papers, it was in a decidedly less grand state – it was “an eyesore,” as Keith put it.

It took years of work, but the structure that was once the main building for the resort is again welcoming, and they hope it will once again become a destination.

Keith and Monique both appreciate a carefully made pint of beer – she is a fan of the current IPA craze, while he prefers the darker brews – and they plan to use their Weirs Beach property to promote craft beers in multiple ways, all under the brand identity of “Craft Beer Xchange.”

“I don’t want to brew beer, I want to build the incubator for the guys in their garage,” Keith said. Brewers could try out a residency in the brewery to see how their small-batch recipes work when scaled up and run through commercial equipment. “If something hits, I can serve it in my pub,” he said.

The third of those business plans is “The Witches,” the brew pub that opened this weekend and, despite a lack of marketing, was filled on both Saturday and Sunday.

Keith and Monique built a bar with 36 taps for The Witches, and they plan to use those taps to represent the range of what’s currently happening in the craft brewing world. There will be some taps dedicated to the foundational breweries in Europe, alongside the best of New Hampshire, New England and beyond. They also have some non-beer brews, such as seltzers and ciders.

To go along with the beer, head chef Cary Williams has a menu of what they described as “upscale tavern food.” Think bratwurst, mac and cheese, and lots of pizza. When the weather starts to cool, they plan to add Wiener and Jaeger schnitzel.

Monique said that during their first weekend, patrons were hitting all the notes on the scale of beers they offer. Most popular were a mocha stout made by Clown Shoes Beer, a porter made by Berkshire Brewing, and a blood orange wheat from Jack’s Abbey. Also on the hit list were a seltzer made by 603 Brewing, and Bantam cider. A couple of New Hampshire breweries made some noise, too, as Concord Craft’s “When Rhinos Fly” and Stoneface’s “Pink Duct Tape” were also in the running – not bad when there are 35 other contenders.

"I think this industry is super exciting," Keith said of craft brewing. "I think it has come into its own."

"All year, all the time, you're going to find your complete variety of beers," Keith promised.

Your table will be ready, starting Monday