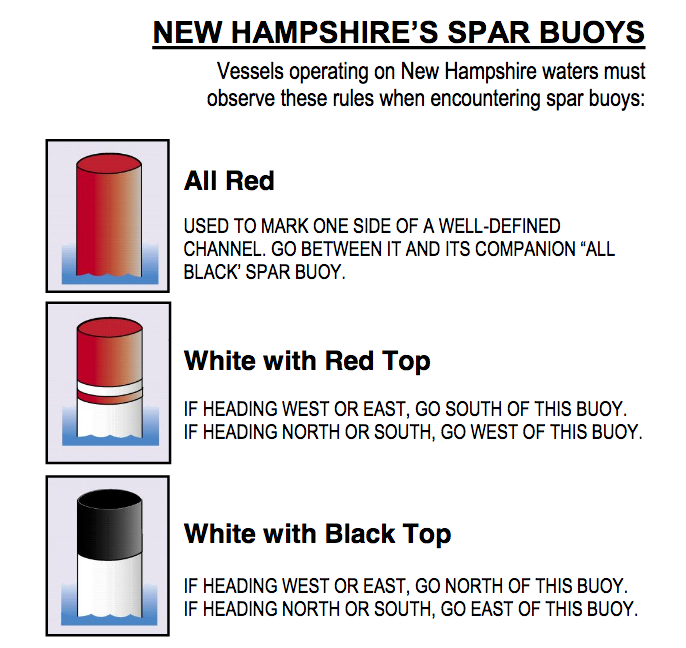 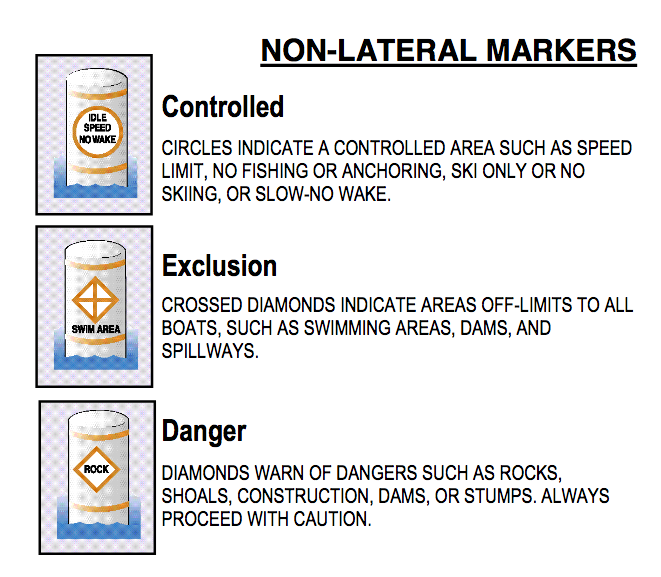 GILFORD — Patience, courtesy, preparedness and adherence to the law would remedy many of the problems people encounter when boating, but there are people who apparently don’t care or are ignorant of these basics.

And that’s when the state’s Marine Patrol may get involved.

The Laconia Daily Sun recently asked the following question on its Facebook page:

“For a story we are doing, what dangerous boating practices or potential hazards to navigation have you encountered locally?”

A total of 77 people responded, and one of the most common comments was that people do not leave enough separation between boats.

It is illegal to operate a boat at greater than headway speed (6 mph or the slowest speed to travel and still maintain steerage) if within 150 feet of swimmers in the water, other boats, rafts or floats, swimming areas, docks or mooring fields, the shoreline, a bridge or while passing under a bridge.

“Boaters and jet-skiers go greater than headway speed closer than 150 feet to the shore in the area from the Pier down to the Akwa. They fly right in front of the dock and the smaller beach areas. We have many people who swim in this area, myself included. Too many inexperienced boaters that aren’t from the area with their 1-day boating license and a rented boat or jet ski could be contributing to this. And where is the Marine Patrol? Barely see their presence this year.”

There are eight full-time, year-round Marine Patrol officers and 55 seasonal workers. They can’t be everywhere.

Not maintaining the proper separation between boats is a common infraction, he said.

“You need to place your boat in a bubble,” he said. “If someone breaks the bubble, you need to be at no-wake speed right away. A half a football field is 150 feet, and if a boat is pulling people on tubes or water skiers, the tow rope can double that required distance of separation.”

“There seems to be a lot of boaters who don't know how to 'trim' their boats so that they glide across the water with minimal wakes. Instead these boaters charge down the lake with huge wakes and disrupt every other boater's smooth sailing. Why isn't there a requirement for these yahoos to be taught how to operate their boats to respect the safety of others?”

“When a boat is not at full throttle, or planing, they are often plowing and displacing the most water possible,” he said. “That throws a very large wake that rolls to shore and rocks other boats.”

Brandi Nute complained of “kayakers in the middle of Lake Winnipesaukee at dusk with no lights or reflective clothing and their kayaks aren't bright so they blend into the color of the water. We can't see you as we are driving in our boat.”

Dunleavy said the rules are that any boat, whether manually propelled or under power, needs a light visible for 2 miles, 360 degrees on the horizon, including canoes and kayaks.

“During the low-light time of the day, your blues, grays, blacks, those drab colors blend in with the surface of the water,” he said.

Power boats also must have red and green side lights.

Even with the proper lights, nighttime navigation can be difficult and potentially dangerous.

“When operating at night, you are often relying on knowledge you’ve committed to memory,” Dunleavy said. “Every lake becomes a different lake at night.”

There are 84 numbered lights on Lake Winnipesaukee and 975 spar buoys. Boaters sometimes run right into the buoys at night.

Lost on the lake

“Twice this year while we were fishing on Lake Winnipesaukee small boats have driven up to us and asked how to get to Wolfeboro and Alton,” Brandi Nute commented. “Come on people!!! Who doesn't have a map?”

“We oftentime find people who lose their way and approach a patrol boat or call 911,” he said. “They are lost, don’t know where they are on the lake. If they have a cell phone, we can usually get their GPS coordinates.”

“The nautical term for a map is a chart. They are readily available. Striking out on an unfamiliar lake without a chart is asking for trouble.”

Accidents can sometimes occur while fueling a vessel. People whose boats are equipped with blower fans should run them for at least four minutes after fueling and before starting the engine.

Sometimes, even when proper practices are followed, accidents happen. That was the case last Saturday when a 25-foot powerboat caught fire at Winnipesaukee Pier. The fire department determined a mechanical malfunction was to blame.

Dunleavy said common courtesy and patience solves a lot of problems when boats are in congested areas. Unpowered boats have the right of way.

Courtesy also played a factor in another reader comment.

“While swimming at Newfound lake last weekend some guy started his boat and allowed it to idle for a half hour,” Larissa Ann Stewart said. “The fumes were horrible. I ended up with a headache and sick to my stomach. The beach was packed that day. I am not sure why they're not required to be further out or there should be restrictions on how long a boat can idle like that with a packed beach.”

Dunleavy said it’s just common courtesy not to leave a boat idling for that long in a congested area like that.

Boaters are most likely to get into trouble near the shore. The Marine Patrol puts navigation markers in lakes to steer people around obstructions, but the markers are not placed within 150 feet of shore.

“People coming and going from their own property, or from their friend’s property, could encounter rocks and boulders,” Dunleavy said. “This is not called the Granite State for nothing. When you get close to shore you have to have that personal knowledge.”

There are also areas of Lake Winnipesaukee that are known to be trouble spots in terms of underwater obstructions, Dunleavy said.

“The Witches is a large stretch of ledge and rock outcropping,” he said. “During high water they may not be visible.

“The rocks are below the surface and people miss our signs and buoys and run aground on those ledges in the fall,” Dunleavy said. “There are fewer accidents when the water is low and the rocks are exposed.”

Another difficult area is called The Graveyard in Moultonborough, near Melvin Island.

Many people don’t realize that Squam Lake can be very hazardous.

“It is probably the most treacherous lake for navigating if you are not familiar with it,” Dunleavy said. “There are many more open-water hazards on Squam than any other lake in the state.”

“No one knowing what this sign is or how far away they’re supposed to be from it (150 feet in case anyone is wondering). Getting pretty annoyed with all the moronic boaters driving right over us when we’re scuba diving near our flag.”

— Mallory Murphy, who included a red diagram with a white line going through it — the indicator that there is a diver underwater.

Dunleavy said divers should display such a flag high on the boat in addition to on the water. Sometimes flags floating on the surface can be obscured by the boat itself.

“Not knowing which side of the buoy to go on, not following the wake zones. Paugus Bay is a nightmare right now people racing in before the no wake. Not following at a safe distance. Geez, I could go on and on.”

The Marine Patrol gives out free stickers with handy advice on spar buoys. Boaters should go between solid red and black buoys. White with red on top means stay west or south. White with black on top means to stay east or north.

The sticker also advises that life jackets must be worn by those 12 years of age and younger, users of a ski craft and any person being towed behind a boat.

Island life is no bear