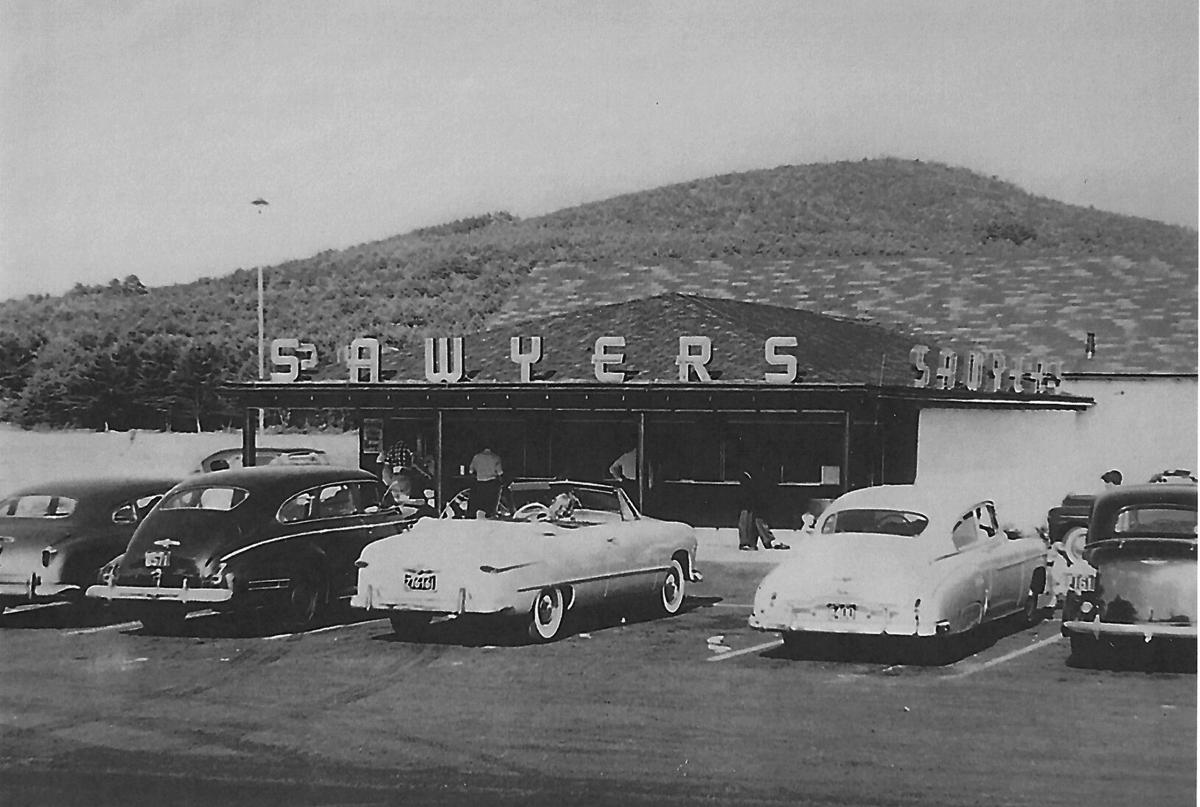 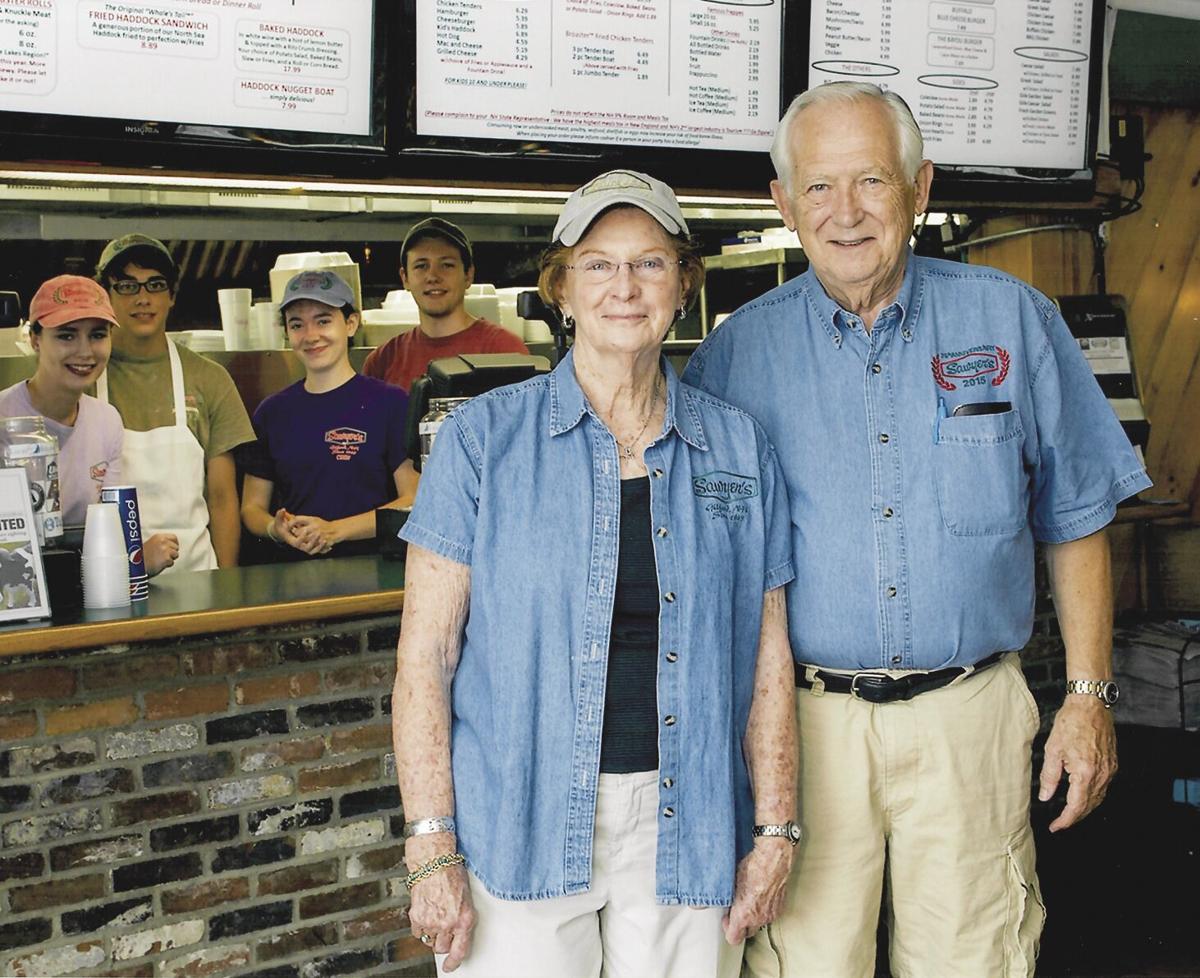 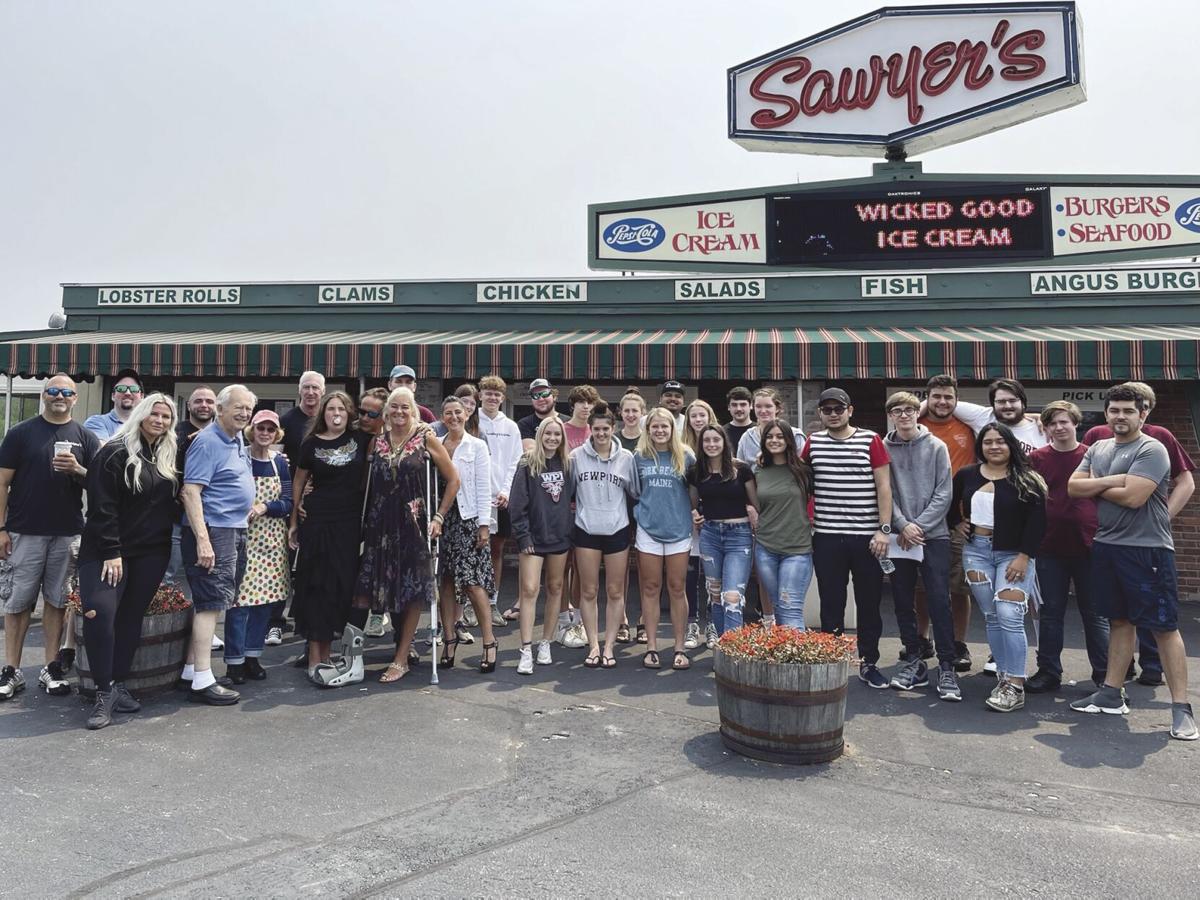 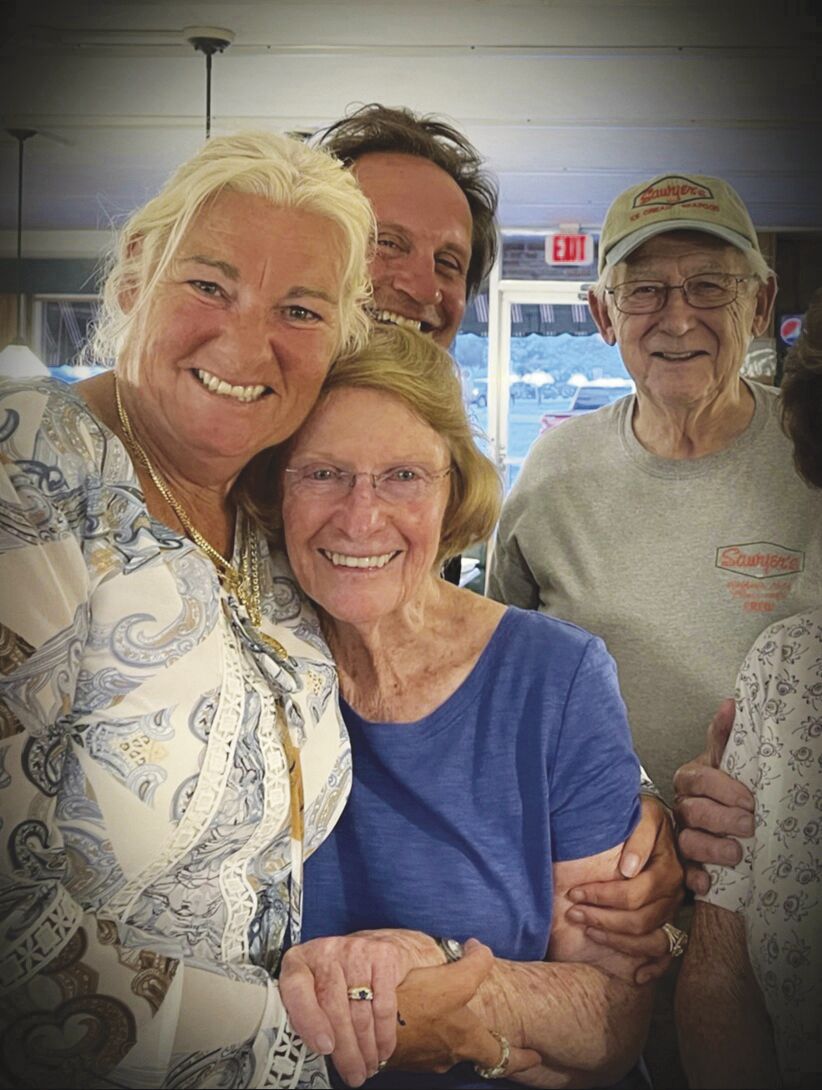 GILFORD — Sawyer’s Dairy Bar is under new ownership for only the second time in 76 years. Restaurateurs and real estate investors Kalley Cutler and Ron Allen purchased the famous New Hampshire ice cream stand and restaurant from Pati and the late Larry Litchfield.

The Litchfields bought the business from the founders George and Ruth Sawyer in June 2005. They invested their time and savings, making only a few modifications and updates to equipment, but kept the architecture. They continued to build the seasonal business, through Larry’s vision.

Pati said “Sawyer’s was all Larry. He made it was it is today.” She was there to support his dream for the last 16 years. After a trip to Italy where they took a gelato-making course, Pati came back to create and perfect her homemade ice cream recipes that remain the staple of the menu.

The Litchfields made the decision to sell Sawyer’s hoping to begin an active retirement. They were concerned with selling and the possibility that a buyer would only want the location to put up a gas station or convenience store, but not keep the business. When they met the then-potential buyers, they knew it was right. The two couples clicked right away.

Maria Erna, realtor of McGinn & Associates Realty, Salem, represents Kalley and Ron in the majority of their commercial and residential real estate ventures, said, “In more than 20 years in real estate, this is the first time I’ve even seen a synergy between a seller and buyer like this. Typically in a commercial sale, it is all business and numbers. There was an instant connection between Pati and Kalley. The two couples spoke daily over the weeks until closing.”

The new owners will keep the post World-War II landmark open for business as the iconic corner ice cream stand it has been since 1945. Cutler and Allen are so committed, they began training with key members of their team, along side the Sawyer’s staff, weeks before they closed on the property. They wanted to learn every aspect, process, and Pati’s secret recipes to continue making the delicious ice cream from scratch and fresh on site.

“It was just meant to be. Ron and I had talked for years about one day wanting to own Sawyers. We are blessed that it came to fruition when the time was right," said Kalley.

Kalley and Ron’s names may be familiar to visitors to their flagship restaurant and tavern - Jamison’s (named after their daughter) on Route 111 in Hampstead. To learn more, visit JamisonsRestaurant.com. Or possibly from when they made news after the acquisition of the former Cherrystone’s restaurant building, another Gilford restaurant that was built in 1975. After that purchase, the pandemic put the project on hold. They are back on track and working with the town of Gilford to finalize details on new construction, hoping for approval. The submitted plans for the year-round, fine-dining establishment include the demolition of the existing building, and new construction, featuring impeccable architectural elements.

Kalley is a visionary who has made a career of real estate investing and building businesses. She and her husband Ron brought life back into a Hampstead landmark restaurant, when they purchased the building that sat vacant for many several years, and since turned it into a multi-faceted fine dining family restaurant, that not only survived the pandemic, but exceeded expectations, while keeping her team employed. They are known for their farm to table menu, hand-tossed pizza, craft cocktails, and gelato - made onsite.

Ron is an avid historian who takes pride in preserving the heritage and legacy of architecture. His background is in construction where he takes pride in revitalizing and maintaining historical integrity. They own a historical property in Salem that was built in 1836 with the exterior and majority of the interior still in original condition.

Kalley and Ron continue to create opportunities for those around them, from job creation to philanthropy. They work closely with the Salem School district to provide special needs children with programs, supplies, and funds to keep them fully integrated and engaged through their charity, JamisonsGift.com. They are also the largest fundraiser and donor for Best Buddies — NH division. With an opportunity to own a thriving business like Sawyer’s, the possibilities of what they will to bring to the Gilford community and lake region are endless. You may even see a few new items on the menu.

Erna commented “This is exciting to represent Kalley and Ron with the ownership of such an iconic piece of New Hampshire history. I have watched them revitalize residential and commercial properties over the years, always benefiting the community and the landscape. The town of Gilford and Sawyer’s patrons will not be disappointed.”

A Brief History of Sawyer’s

George Ansel Sawyer was a life long resident of Gilford. He had been a milkman on Lake Winnipesaukee and in the Lakes Region for many years. In 1945, George and his wife Ruth (Nolan) Sawyer opened their summertime dairy bar at the now landmark corner location in Gilford. During the '60s, after a fire destroyed much of the back building, it was reconstructed to what is seen today, with the addition of the iconic turning sign on the roof. George, with his sons Roger, Peter, and their families, operated the ice cream stand for over 50 years, and built it to become a very successful summer business. They sold it in June, 2005 to Pati and and the late Larry Litchfield. After 76 years, it is a destination to this day for their famous ice cream made on site.