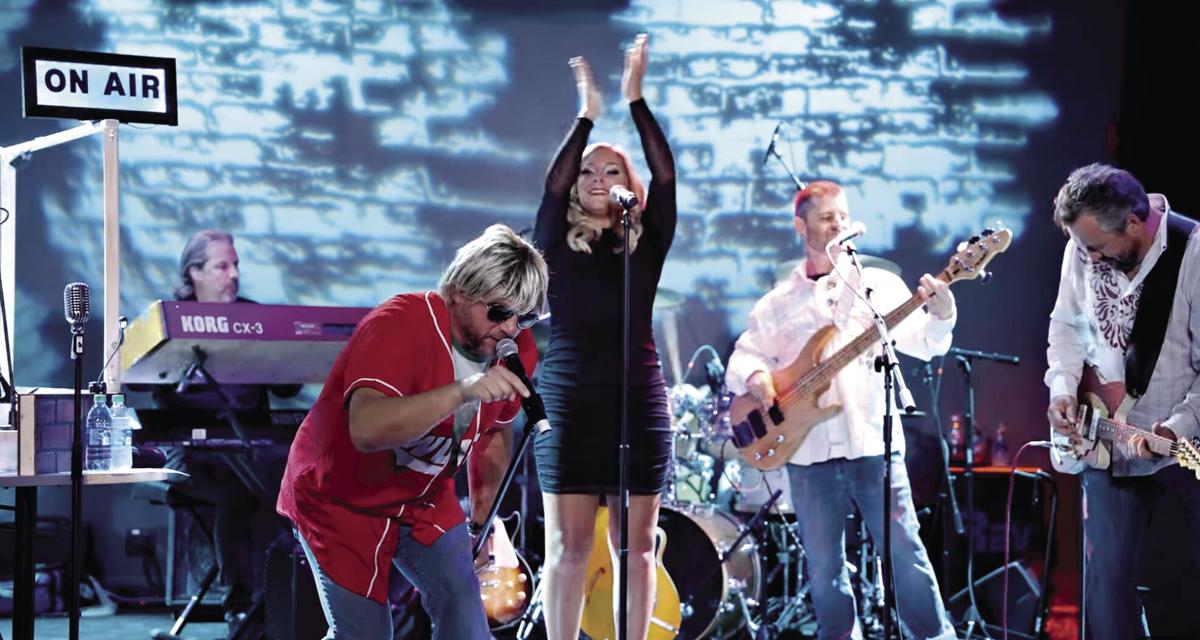 "Rockphoria" performed at the Lakeport Opera House last month, one of more than 30 sold-out shows that the newly renovated venue hosted this summer. (Courtesy photo) 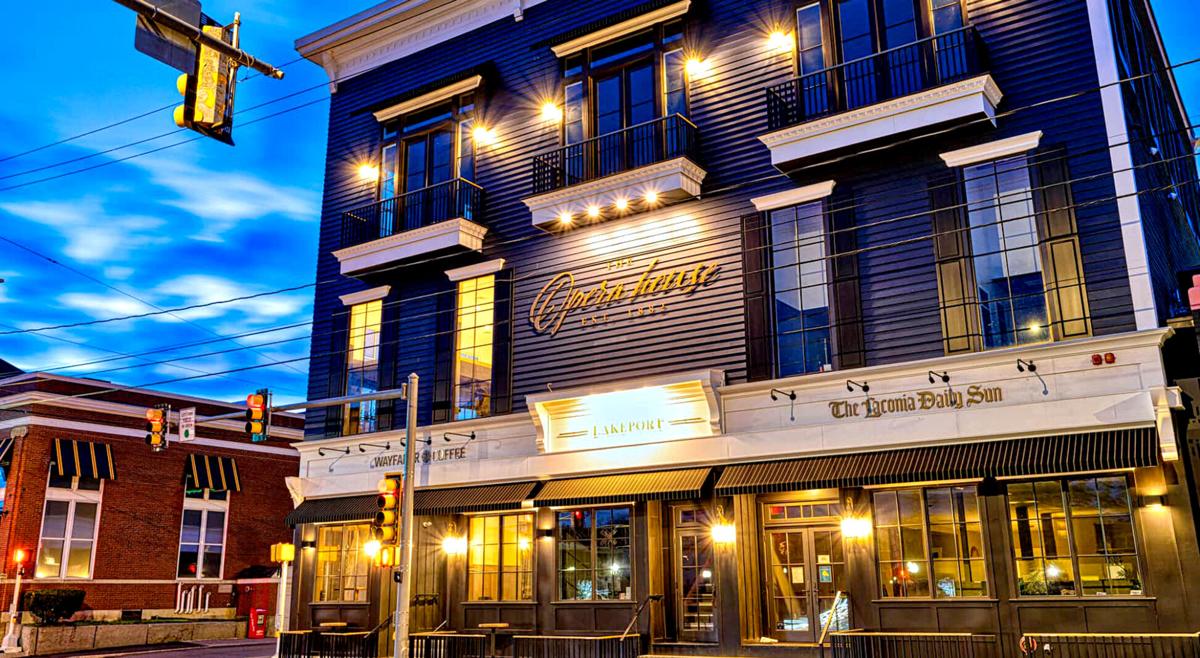 The Lakeport Opera House reopened earlier this summer after a 60-year hiatus. The venue's patrons will likely also support other nearby businesses. (Courtesy photo)

"Rockphoria" performed at the Lakeport Opera House last month, one of more than 30 sold-out shows that the newly renovated venue hosted this summer. (Courtesy photo)

The Lakeport Opera House reopened earlier this summer after a 60-year hiatus. The venue's patrons will likely also support other nearby businesses. (Courtesy photo)

Before patrons take in Christine Hurley & Friends Comedy Night on Saturday night at The Lakeport Opera House, you can be sure some will grab a drink or dinner at Fratello’s or the O Steaks & Seafood. Maybe others stopped in at Chaos & Kindness to check it all out, or they grabbed a cup of coffee at Aroma Joe’s to pep them up for the performance.

The same thing will happen this fall and winter in Laconia at the Colonial Theatre. People will come for a performance of Our Town or A Christmas Carol, and they’ll grab a hot beverage at Wayfarer Coffee Roasters, a beer at Defiant Records & Craft Beer or a bite to eat at Koung Sushi Mart.

That’s how an intricate and broad-scope entertainment industry works for a community. It doesn’t just make people happy for a few hours. It boosts the economy in the cities and towns that put effort into developing venues and creating more opportunities for tourism.

That engine is firing up hot now in the Lakes Region.

For the first time in 60 years, the renovated Lakeport Opera House welcomed over 5,000 patrons at 30 shows this summer, thanks to developer Scott Everett. Chaos & Kindness welcomed visitors to its flagship shop in Laconia, offered a $10,000 cash prize in a New Hampshire-wide scavenger hunt, and launched The CAKE Theater in Veterans Square this year. And Spectacle Management opened the doors of the renovated Colonial Theatre Laconia, and a full slate of shows is scheduled through the spring.

These opportunities, combined with new restaurants and real estate, are supplementing the core of what has existed for many decades at Weirs Beach, The Belknap Mill and Winnipesaukee Playhouse, to name a few.

“Laconia is soon to be one of New Hampshire’s premiere entertainment destinations,” says Brandon Caron, director of strategy and business development for Spectacle Management, which manages the Colonial with the city of Laconia.

Tim-James Everett, director of the Opera House and brother of its owner/developer, Scott Everett of Paugus Properties, says, “These are all feeding off each other, building momentum, creating confidence for other businesses to invest in Laconia and for the consumers to get excited about being here, which of course leads to economic development for the city.

“As they say,” he adds, “rising tides lift all boats.”

That tide began lifting the region’s boats back in 1914, when James “Jim” Irwin hopped off a train at Weirs Beach with a trumpet case and a lot of gumption. By 1925, Irwin had turned a gig in a band into ownership of the Winnipesaukee Gardens, a popular dance venue at Weirs Beach in the Big Band era.

Irwin is credited with turning The Weirs into a vacation destination; with Irwin Marine, the marina he founded that’s become a still-family-owned giant with multi-locations, he helped put Laconia on the map for boating visitors.

Today, many other spirited developers are building on what Irwin started decades ago with innovative ideas, generous investments—and in some cases, long ties to the region.

The Everetts grew up in Gilford, and Justin Spencer of the rock group Recycled Percussion and founder of Chaos & Kindness in downtown Lakeport, was born in Laconia Hospital, now known as Concord Hospital-Laconia.

Following the lead of other regions

Laconia was not first in the region’s redevelopment game.

Meredith’s rebirth was spearheaded by Rusty McLear, a serial entrepreneur who moved to the region in 1971 and got started on his massive enterprise by offering to rotate into every job in a new hotel to learn the business.

In 2019, after he’d spent 36 years building, owning and operating hotels, restaurants and shops that changed the face of Meredith, McClear sold Hampshire Hospitality Holdings to TPG Hotels & Resorts of Rhode Island. The sale involved properties that were big regional draws, including Church Landing, Inn at Mill Falls, Bay Point at Mill Falls, Chase House and Mill Falls Marketplace and had a combined assessment of about $25 million.

In Concord, Steve Duprey, owner of the Duprey Companies, offering hospitality development and management, was a mover and a shaker. “I started agitating in 1985 that Concord needed to update Main Street,” Duprey says.

When the Capitol Center for the Arts was rejuvenated in the early 1990s, Duprey advocated for congressional appropriations. He then developed an office building across the street from the performance venue that became home for the League of N.H. Craftsmen, New Hampshire Furniture Masters, the Greater Concord Chamber of Commerce and Concord Hospital’s administrative offices.

After developing the Smile and Love Your Neighbor buildings, home to Gibson’s Bookstore, Duprey got deeply involved in securing grants and leading Concord through a major project to make the downtown more welcoming to visitors.

Trees were planted. Historical placards were hung. Lighting was improved. Colorful flags and banners flew, and Duprey said, while he’s biased, he thinks the project had fabulous results.

“People love our downtown. It has become the primary gathering place in Concord,” he said. “A lot more renovations have happened. Downtown market rate housing has been added, and there’s more to come. There’s a lot going on. More people. More economic activity, and we just want to keep building on it.”

Building on it in Laconia

Brandon Caron of Spectacle Management said he has seen tangible economic growth and a large confidence boost in the future of the region’s development opportunities since the restoration of the Colonial was announced.

“A number of local businesses and tradesmen have also been employed during the renovation,” Caron said. “As the Colonial event load builds, and the downtown business district expands, so too will the economy and vibrancy of Laconia.

“The diverse calendar of events will reintroduce local residents to the energized downtown business district and be a driver for tourists all across the region,” he added, noting Spectacle is also creating jobs and hiring local residents.

As Spectacle Management and the Everetts feel the relief of first performance seasons that exceeded their expectations, they are also at work planning what is next.

After leveling decrepit storefronts on Elm Street this spring, Scott Everett is at work building five to 10 retail storefronts at ground level on the same footprint, with about a dozen condos or apartments above. He can’t commit yet to an opening date because of all the moving parts in construction and the national supply chain now, “but construction is active, and we’re pushing as hard as we can,” he says.

He is also not at liberty to announce the names of the shops that will call the new development home. “They will be high-end, diverse and create a lot of foot traffic and general activity in Lakeport,” Everett said.

Over the winter, Everett expects to announce plans for a building that abuts the Elm Street Project. “Momentum is moving, and like a snowball going down a hill, is only picking up speed from here,” he says.

Also, over the winter, when the Opera House is closed, the Everetts will make improvements to the venue as they prepare to launch the lineup for spring and summer 2022.

On the right track

Meredith’s McLear said redevelopment work in Laconia and Lakeport are life-changing for the community. “It’s a really big leap forward for their future,” he said, noting there are projects under discussion that he can’t talk about yet that have the potential to be equally significant.

Duprey, of Concord, said he thinks leaders and developers in Laconia are on the right track.

“It’s a good start. It’s a consistent effort,” he says. “To this day, a lot of communities will do a project and step back and say, ‘We’re done.’ You can’t do that. You constantly need to update and upgrade.”

Duprey adds that not every idea or innovation will work. “There will be some ideas that fail. And some naysayers. I keep telling people, ‘That’s not the New Hampshire way.’ We’ll keep trying stuff, and if it doesn’t work, we’ll try something else. It takes perseverance and conversations. It’s made a huge difference in Concord—it’s livability, attracting people to live in Concord. We still have a lot of work, but we’ll get there, and Laconia can too.”

Yes Section 8 residents will be happy to welcome all the tourists downtown. Good luck!😄😂😄

You're dreaming. The only way for a businesses like these to survive in the Lakes Region is either make all your money in the Summer/Fall and shut down in the Winter or be criminally connected with the City Council.

Or....hide under a 501c-3 as a Charitable business like Taylor Community and get away with financial Exploitation of the Elderly and literally, murder.