Rep. Dawn Johnson, who also sits on the Laconia School Board. 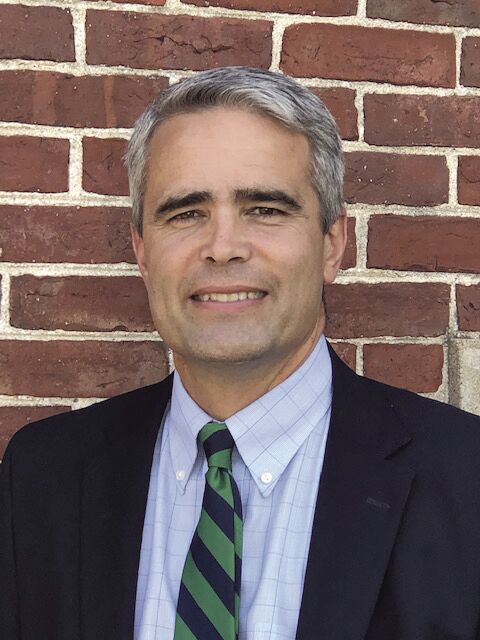 LACONIA — A bill to create a universal school voucher program in the state will be taken up by the School Board at its next meeting at the urging of the Superintendent Steve Tucker, who believes the legislation would hurt the city’s public school system.

Tucker raised the issue during his report during the board’s meeting on Tuesday.

The bill — HB 20 — would establish what is titled an “education freedom account program,” which would enable families whose children leave their local public school to redirect state aid to the educational program of that family’s choice.

Unlike a voucher bill that was introduced — and defeated — four years ago, HB 20 has no income-eligibility requirement, allowing all parents to take advantage of the program.

The bill would allow parents to use money in the account to offset the cost of their child’s education at a private school, in an online or home-school program, or even a public school outside the student’s home school district.

The accounts would be funded through state money that is currently allocated for public education, around $4,600 – the average amount of “adequacy aid” the state pays per pupil to individual school districts. Depending on the individual circumstances, a family could receive between $4,000 and $8,500 a year per student, Tucker said.

“This bill would have a direct impact on the schools in Laconia,” Tucker said.

Board members Mal Murray and Nick Grenon said they had concerns about the bill’s impact.

But member Dawn Johnson, who was elected to the state House this past November, said public schools will not suffer because of the bill.

“It won’t be detrimental to school districts,” said Johnson, a Republican. “The bill is about what’s best for the kids and their education.”

The state Department of Education has estimated that upward of 2½ percent of students in grades 1 through 12 statewide would participate in the program. That translates to 4,230 of the state’s 169,204 public school students. Of those students, the largest segment — 75 percent — would be students who switch from a public school to a private school. Another 15 percent would be students already enrolled in a private school, while 10 percent would be students who are currently being home-schooled, although it is not immediately clear whether current home-schooled students would qualify under the HB 20 program.

Tucker said he finds the impact on home-schooling particularly worrisome. He said that since the start of the coronavirus pandemic, the number of home-schooled children in Laconia has more than doubled — from 29 to 62.

In its current form HB 20 contains no accountability requirements to determine whether students who would get money through the program are receiving an adequate education.

“They would be getting public money with no accountability,” Tucker said. “If those kids are getting public money with no accountability, with no way to monitor the quality of the program; and to think about the resources and management to oversee the disbursement and regulations of these funds is overwhelming,” he continued. “The question is how do we regulate it.”

He said if there is no way to measure the program that would be implemented through HB 20, “then this is a pretty high-risk experiment to take part in.”

Assistant Superintendent Amy Hinds told the board another concern is the potential that, under HB 20, a school district could still be required to pay for the special education services for a child enrolled in a private school or who is being home-schooled even though the district  receives no state aid for that child’s education.

The superintendent said it would be “powerful” for the board to take a position on the bill.

Johnson challenged those who call the bill a voucher program.

But Tucker responded, “It’s called an education freedom account, but essentially it’s a voucher … it’s money given to a family for a student.”

A hearing on HB 20 took place on Tuesday. Due to the high turnout, the hearing was continued to next Thursday when the House Education Committee has set aside the entire day to listen to public comment.

GILFORD — It’s been a tradition of childhood for decades. First comes the forecast and, with it, anticipation. The flakes start drifting in, o…

the people generally in charge of the public schools don't really care about the well-being of your kids, they just want to get paid. Bills like this stop them from getting paid, because it makes them compete. And they can't.

Spoken with a person of total ignorance and no concept of what goes on in Public Schools and hardships of teaching in todays environment.

Someone with your lack of awareness should spend a little time volunteering in the Public Schools and understand what a thankless job it can be, thanks to the likes of ignorant people like you.

Here's the bottom line Dawn Johnson doesn't get, nor does anyone in favor of voucher programs; Public Schools are funded by taxpayers dollars and are there to give our children a fair and equitable education for all children.

Our Public Education System has been the foundation of the American Experiment and only recently have you had people who complain and out to do anything to destroy it.

I went through Public Schools and State Colleges, and it has given me a wonderful education; I also had friends growing up that their families choose to send their children to private schools which they would pay for, but that was their choice and that was always understood.

I think it's time the Governor and especially the State Education Secretary support Public Education, and stop with the Voucher Program to satisfy a small group of malcontents and special interest groups.