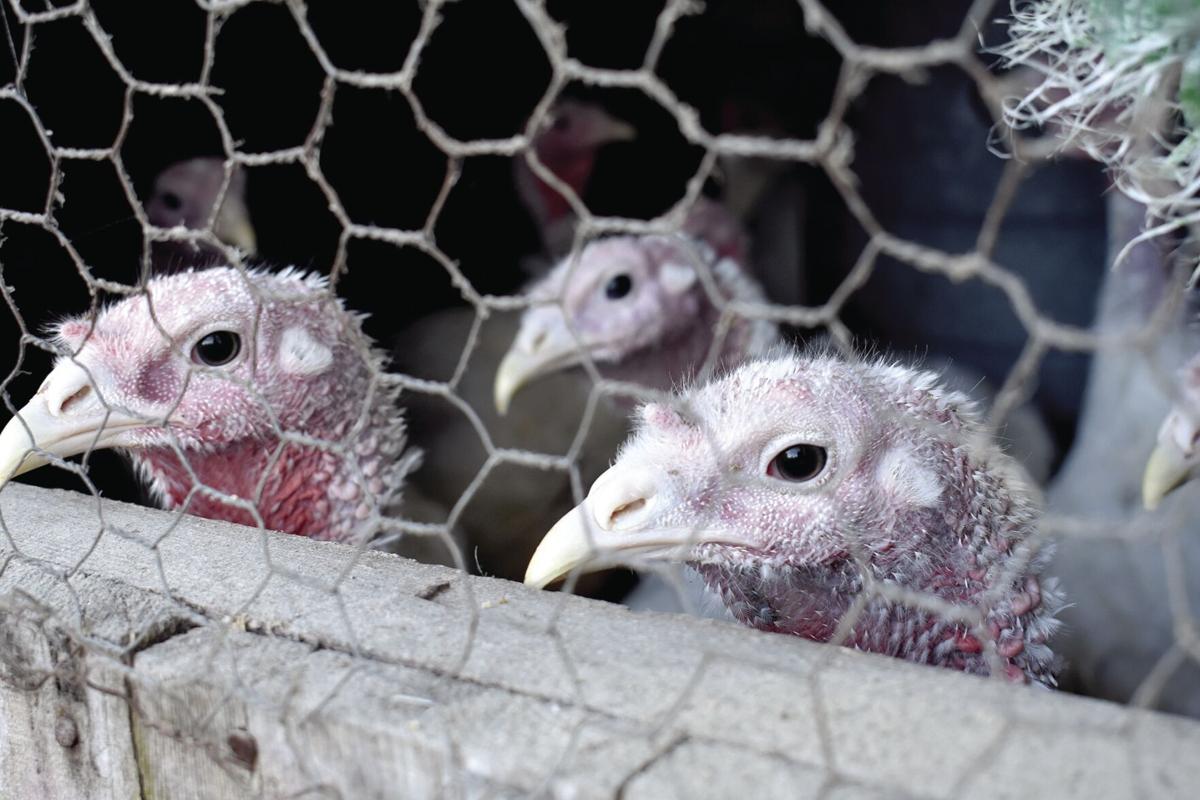 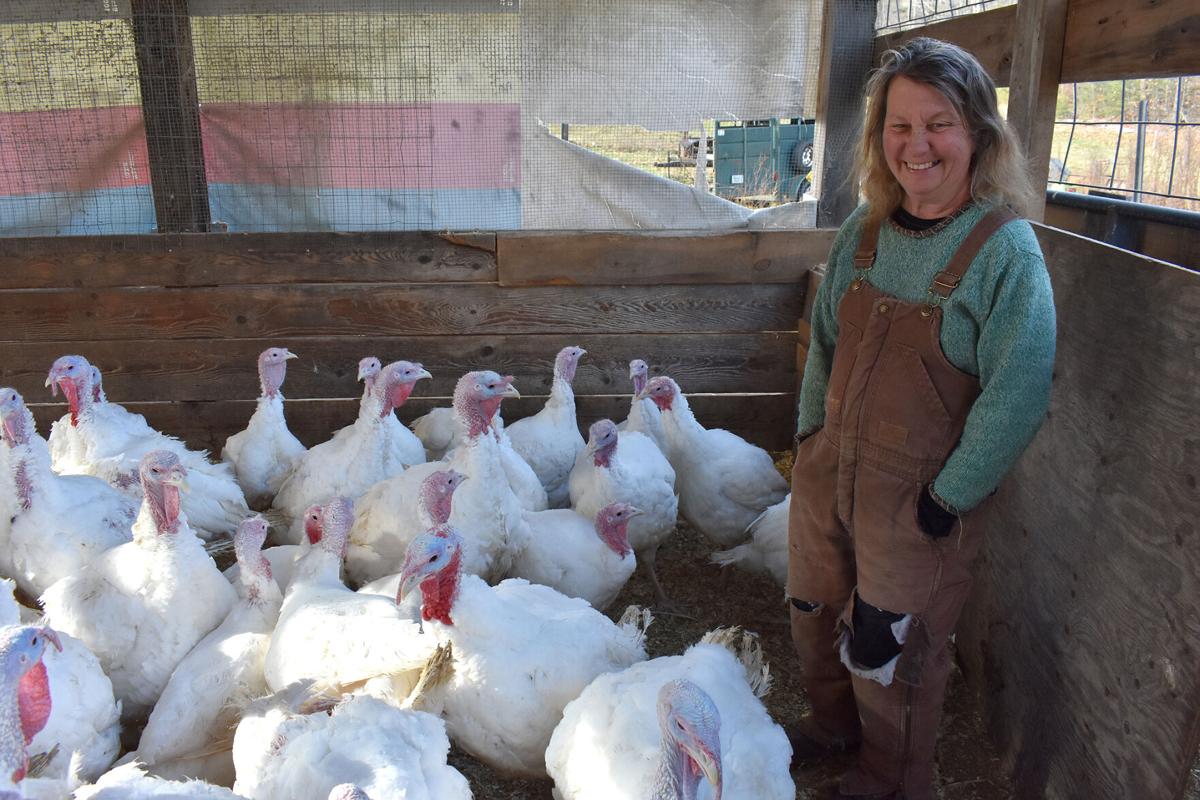 Monique Labrecque, owner of Hermit Brook Farm, said there were moments of uncertainty this year, but she stuck to her plan and now expects to sell each of the 200 turkeys she has raised. (Adam Drapcho/The Laconia Daily Sun photo) 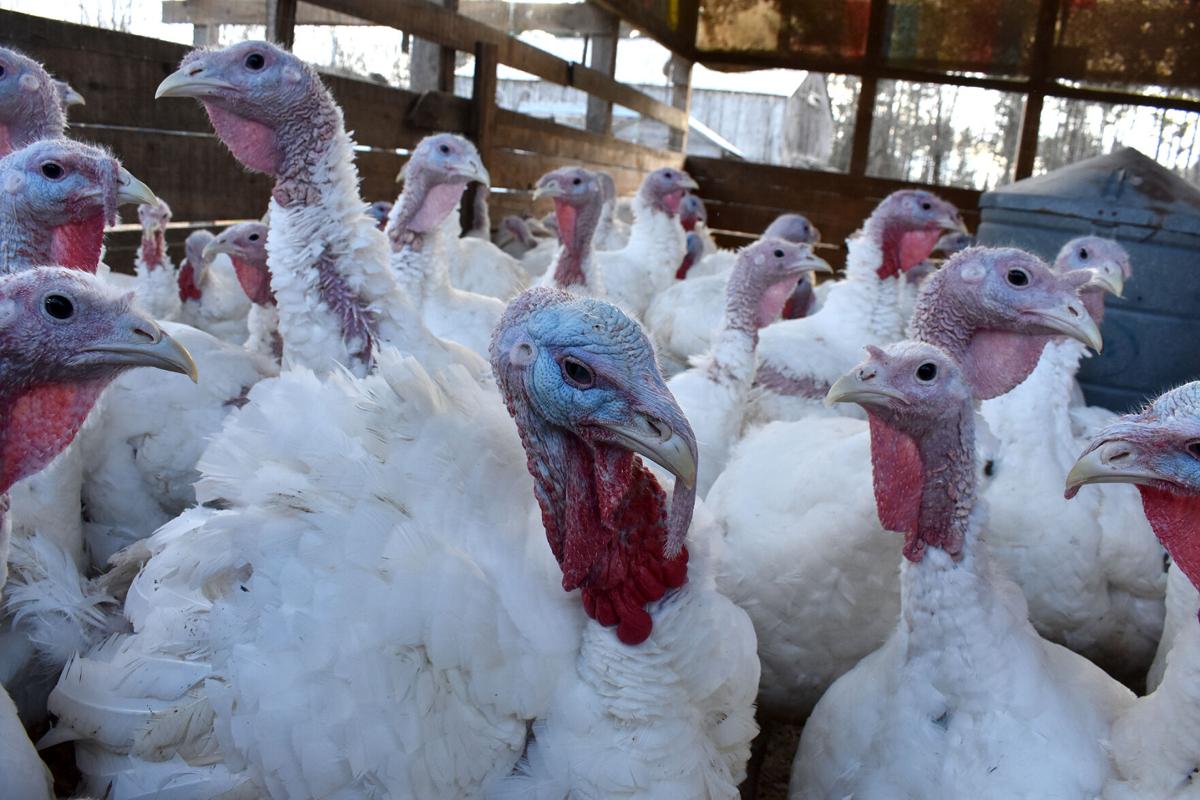 Monique Labrecque, owner of Hermit Brook Farm, said there were moments of uncertainty this year, but she stuck to her plan and now expects to sell each of the 200 turkeys she has raised. (Adam Drapcho/The Laconia Daily Sun photo)

SANBORNTON — While some have been anxiously watching the news to figure out what’s safe and unsafe to do, Monique Labrecque has been too busy to let the rising, then falling, then rising COVID-19 infection rates affect her plans. As a farmer, she doesn’t have much choice, either.

“The problem with turkey orders is, I have the same customers year after year,” she said. When they come to pick up their bird for their Thanksgiving meal, they tell her, “Put me on the list for next year. So we did.”

Factoring in enough for new customers and a few sales for Christmas dinners, she ordered 200 turkey poults about a year ago, well before “social distancing” was a phrase used by reasonable people. Labrecque had barely started raising the birds this summer when the cancellations started coming in, as customers realized that large family gatherings probably wouldn’t be happening this year. She didn’t panic, though. Instead, she stayed on her course and did what a turkey farmer does: raise turkeys. It’s a gamble, because it costs her up to $130 per day to feed the birds.

In the end, nearly all of her cancellations were reversed. After all, it’s time for Thanksgiving, and Americans eat turkey on Thanksgiving. She is heading into the slaughter with reservations for about 180 of her turkeys, leaving 20 available for new customers and a few Christmas dinners, just like she planned it a year ago.

Labrecque has been raising turkeys in a quiet corner of Sanbornton for more than two decades. At one point, she raised about 750 of them, with most going to corporate customers who gave the birds to employees. Those orders went away in the recession of the late 2000s; since then she’s backed down to the 200-bird range.

That doesn’t mean that she’s any less busy. In addition to raising ducks, chickens, goats and cows, Hermit Brook Farm offers animal processing for backyard farmers – she slaughtered 3,000 chickens this year – and opened a smokehouse this winter, offering to do bacon and hams for people who decided to raise their own pigs.

The smokehouse was barely online when news of the pandemic started to break, and many people responded by deciding to raise their own meat. Those who didn’t want to dispatch their own animals had a hard time finding someone to do it for them.

“We have been absolutely slammed,” Labrecque said. The smokehouse has long been a goal of hers, but it’s a process built around time, and Labrecque doesn’t have any more of that commodity than she did before adding the smoking service.

“We’ve been starting at 2 in the morning for several weeks. But our product is coming out good, and if you sleep for a couple of hours that’s enough,” she said.

There are many reasons to not raise turkeys. When they’re poults, they’re fragile and need to be kept warm with heat lamps. Loud noises can make them panic and pile atop each other, sometimes crushing the bottom bird. Then there’s the constant worry about bobcats, coyotes and bears.

“It’s a pretty stressful operation,” Labrecque said. The pandemic was just one more variable this year, and she said she opted against worrying.

“It doesn’t do any good. I bought my turkeys well before the pandemic even started. I work a year ahead, I just keep doing the same thing we always do and hope that the world spins around again,” she said.

By the end of the year, Labrecque will be 64, an age when she once pictured herself “watching TV and sitting in a chair.” Instead, she’s preparing for a four-day turkey slaughter to provide the centerpiece of about 200 holiday meals.

Why work so hard?

“This is my income,” she replied, shrugging. “I don’t make much, but I can’t sit at a desk and I don’t like working for other people... That’s why I’m here. I should be collecting social security, but instead I’m plucking chickens.”

CENTER HARBOR — What do you get if you combine bread, cranberries, greens, apples, chicken, cheese and a smear of maple aioli? For EM Heath Su…