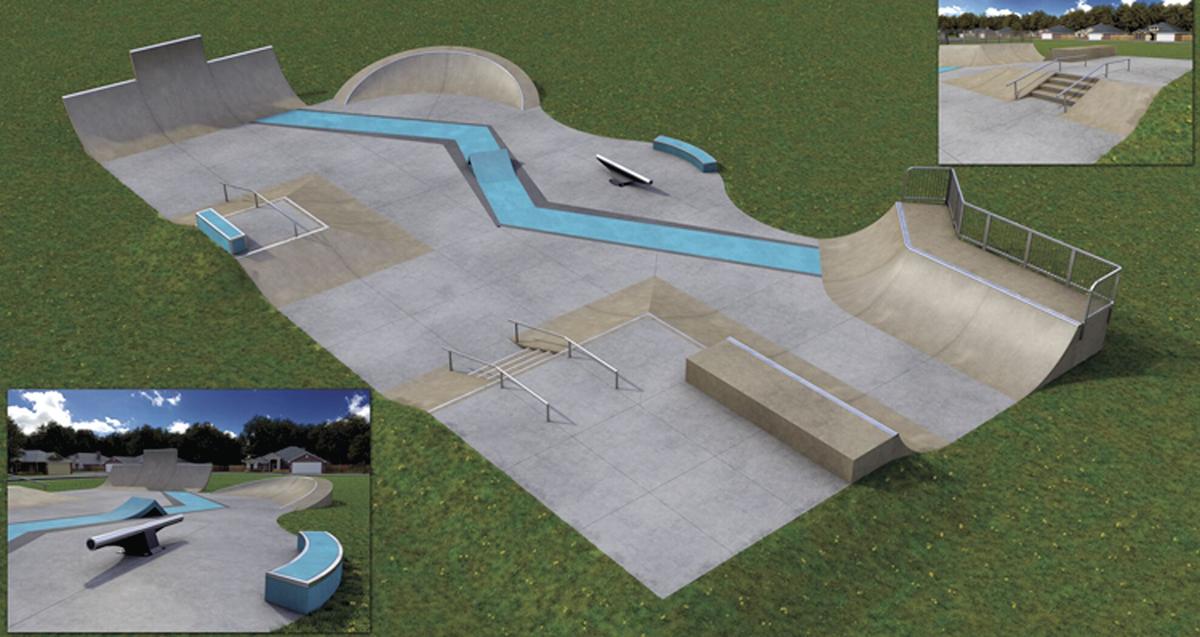 This rendering shows a layout for a concrete skatepark, similar to the one that would be built in Opechee Park under a plan being put forth by the Laconia Parks and Recreation Department. The exact layout and features of the Laconia facility will be different, however. (Courtesy graphic/Laconia Parks & Rec) 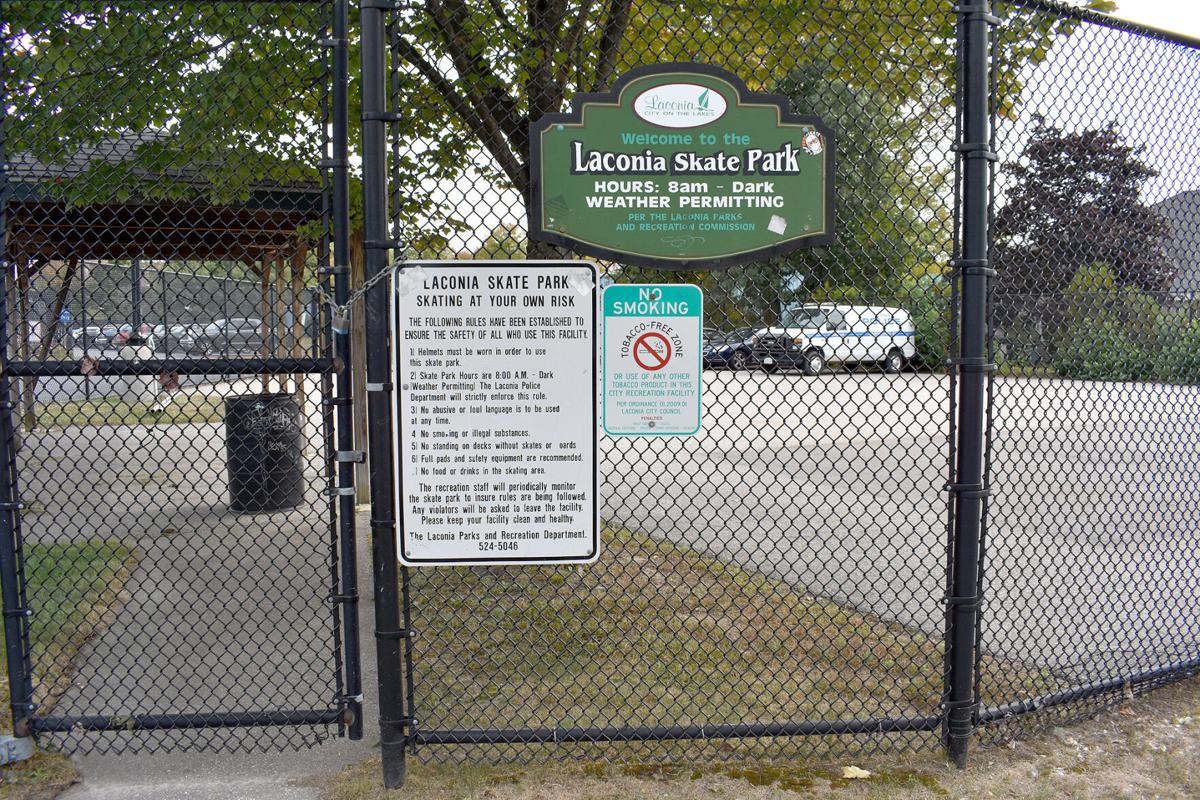 The site of the city's former skatepark, adjacent to the Police Department, is now empty of skate features and is being used for vehicle storage. (Adam Drapcho/The Laconia Daily Sun photo)

This rendering shows a layout for a concrete skatepark, similar to the one that would be built in Opechee Park under a plan being put forth by the Laconia Parks and Recreation Department. The exact layout and features of the Laconia facility will be different, however. (Courtesy graphic/Laconia Parks & Rec)

The site of the city's former skatepark, adjacent to the Police Department, is now empty of skate features and is being used for vehicle storage. (Adam Drapcho/The Laconia Daily Sun photo)

LACONIA — Plans are moving forward to build a new skatepark in the city, according to Parks and Facilities Director Amy Lovisek. The City Council is expected to take up the plan on Monday.

The new facility would be constructed at the south end of Opechee Park on land where the old park clubhouse once stood.

The plan for the new park is the result of conversations Lovisek has had with adults and teenagers who have offered ideas about the materials, features and location for the new skatepark.

The city has been without a place for skateboarders to gather and engage in their sport for four years, when the facility next to the Laconia Police Station closed because it had deteriorated to the point where it had become unsafe.

Lovisek will ask the council to approve a $100,000 expenditure to design and build the 100 foot-by-50 foot concrete facility.

If the council authorizes the money, the Parks and Recreation Department will have a skateboard park-building firm draft a design for the Laconia facility.

In addition to skateboards, the park could be used by riders on kick scooters and BMX bicycles, Lovisek explained.

The new park would be a place for “kids to gain interest in the sport and do it safely,” said Dan Lasata of Laconia, who is in the process of forming a tax-exempt charity to help support and fund the park, during the construction phase as well as in future years.

Lovisek said Opechee Park was chosen as the location for a skatepark because of its high-visibility location and also because Opechee, which covers 20 acres, has ample room to accommodate the facility.

“This location will provide easy access from all areas of the city as it is centrally located. It is also highly visible to all traveling (on North Main Street) for safety and security reasons,” Lovisek said in a report prepared for the City Council.

The site of the shut-down skatepark on Fair Street next to the police station will be used for parking and additional Police Department storage, Police Chief Matt Canfield said.

Skateboarding has changed since the days when Lasata, who is now 42, took up the sport as a 9-year-old youngster in Gilmanton.

“Back then it was seen as something done by punks and weirdos,” he said. “Today it’s an Olympic sport.”

While the total price of the park is put at $200,000, Lovisek said the actual cost could be lower than that figure. American Ramp Company, which is expected to design and build the facility, has told the city the cost could be as much as 40 percent lower because the company already has a crew working on a project in Maine.

Work on the park could begin this fall and riders could use those features which are completed before the end of the year. The rest of the park would be installed next spring, according to the plan.

MEREDITH — Brendan Hart said he was hoping to raise as much as $10,000 through the pop-up mini golf course that the Friends of Meredith Parks …