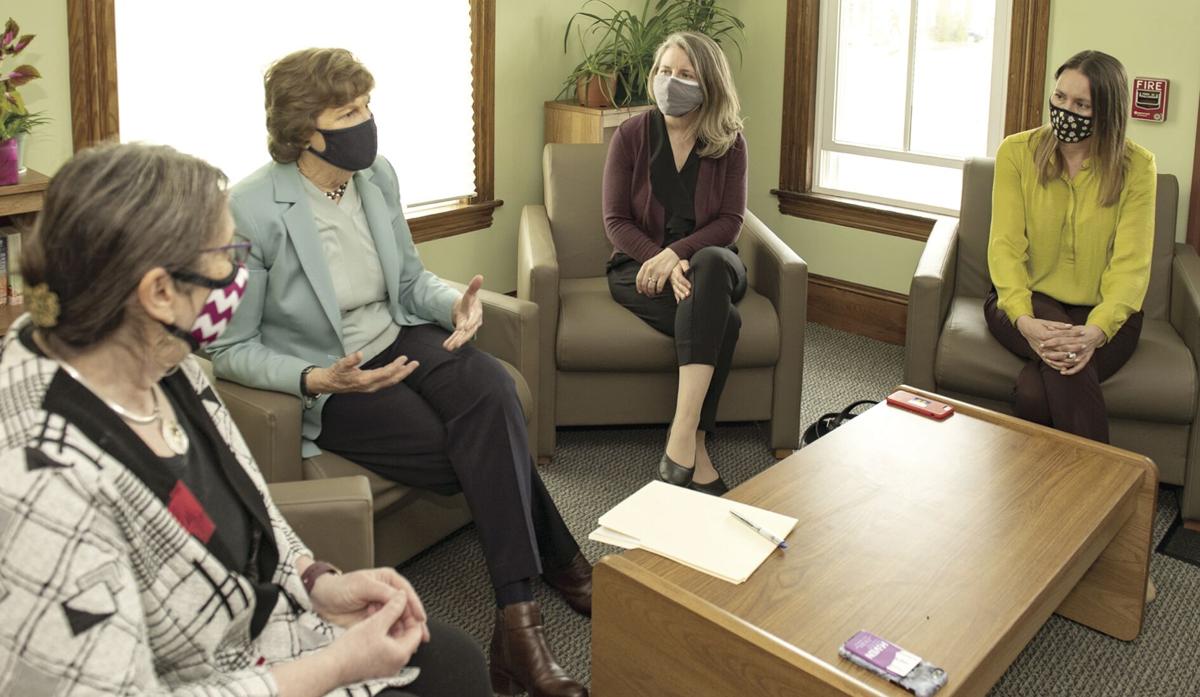 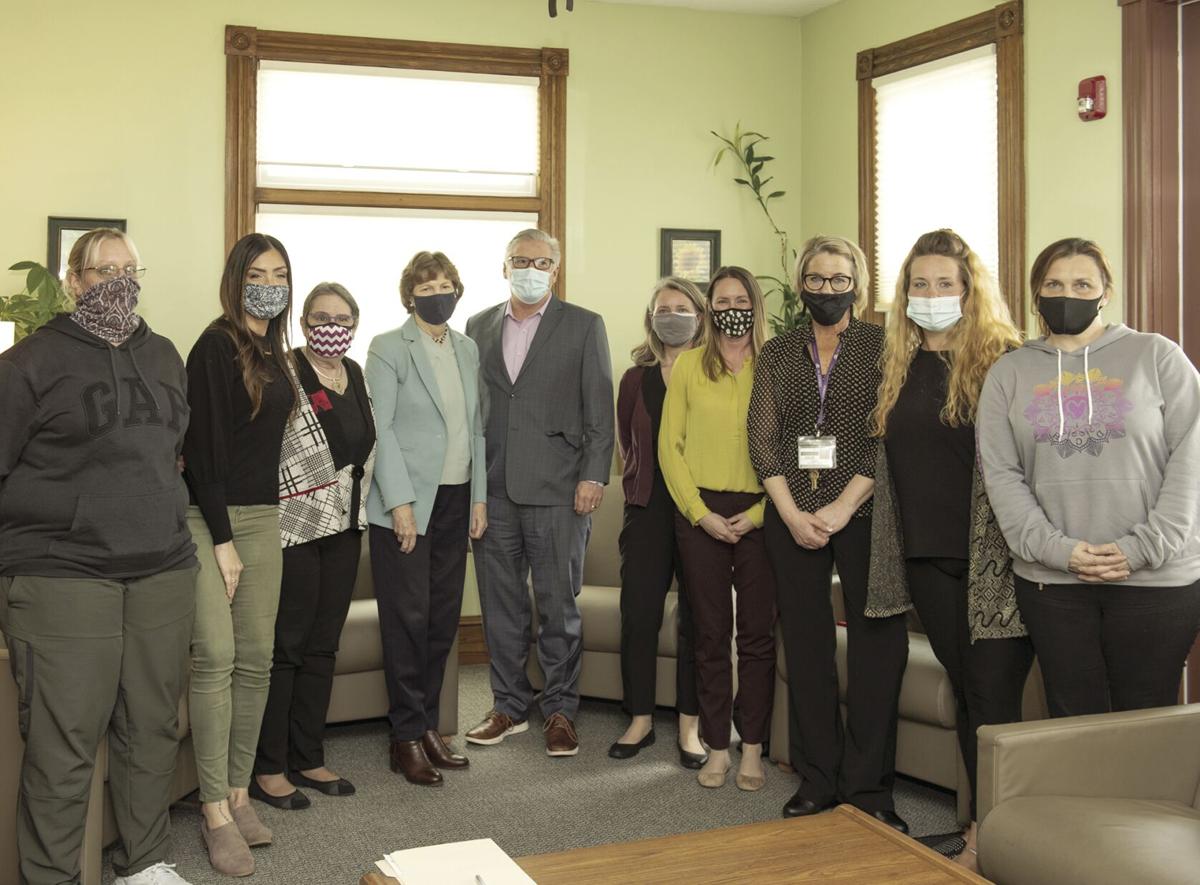 LACONIA — COVID has been a tough time, even for those in good circumstances. For the women who live at Compass House, their circumstances were anything but good.

But even in the midst of the pandemic this renovated historic house a block from Lakeport Square – which opened just one month before COVID hit – has been working to provide hope and support for women who are recovering from addiction.

Those involved in the transitional support programs — program directors, rehabilitation coaches, and residents themselves — related the challenges and successes Tuesday to U.S. Sen. Jeanne Shaheen, who spent an hour at Compass House to learn more about the program and its impact.

“The impact of COVID was huge,” Jacqui Abikoff, executive director of Horizons Counseling, which provides the treatment component at Compass House, said.

The goal of the facility is to support women through professional and peer counseling to get them back on their feet emotionally and economically, and guide them onto a path for a productive life without alcohol or other drugs.

Abikoff said COVID forced Horizons to serve its clients in a different manner, but the agency was up and running under different protocols just four days after emergency orders came down last March which closed down or drastically altered the way businesses and social service programs were delivered.

Compass House, which has room for eight residents, has remained opened throughout the pandemic, all while welcoming new residents.

Women at Compass House face multiple challenges. To start, they have a serious addiction problem. They often have mental health issues which they need help addressing. And many times they have a criminal history. Some residents come having just completed the CORE Program at the Belknap County Jail — a comprehensive, multiphase treatment program for inmates with substance abuse problems.

One such resident, Beth Morse, told Shaheen she completed a work-release phase of the CORE Program before coming to Compass House. Just recently, she returned to her “old job” at a local home improvement center.

“Without that I don’t know where I would be,” she told Shaheen.

With the need for mental health counseling as well as drug counseling so critical, access to therapy remotely has been a tremendous asset, Abikoff said.

“One of the few good news stories to come out of COVID has been being able to reach people by telehealth,” Shaheen said.

Shaheen pointed out that the second COVID relief package passed by Congress in the waning days of the Trump administration – as well as the American Rescue Plan that became law in March – includes federal assistance for programs such as those offered at Compass House.

The relief bill enacted in December included provisions which provide $4.25 billion in funding for substance-use-disorder treatment and mental health care. Of these funds, New Hampshire has received $16.3 million so far, according to Shaheen’s office.

The use of methamphetamines among addicts has soared since COVID, she said, and some addicts switched from using opioids like fentanyl because they believed meth was not as dangerous as fentanyl, which can often lead to an overdose.

“It’s an insidious drug,” she said of meth, adding that general hospitals and jails are not suitable places to treat people with a meth addiction.

Laconia Mayor Andrew Hosmer, who also took part in the listening session, called Compass House “a stabilizing factor for so many during COVID.”

It was, he said, a success story that the general public is unaware of.

“A lot of people don’t know what’s going on here,” he said.