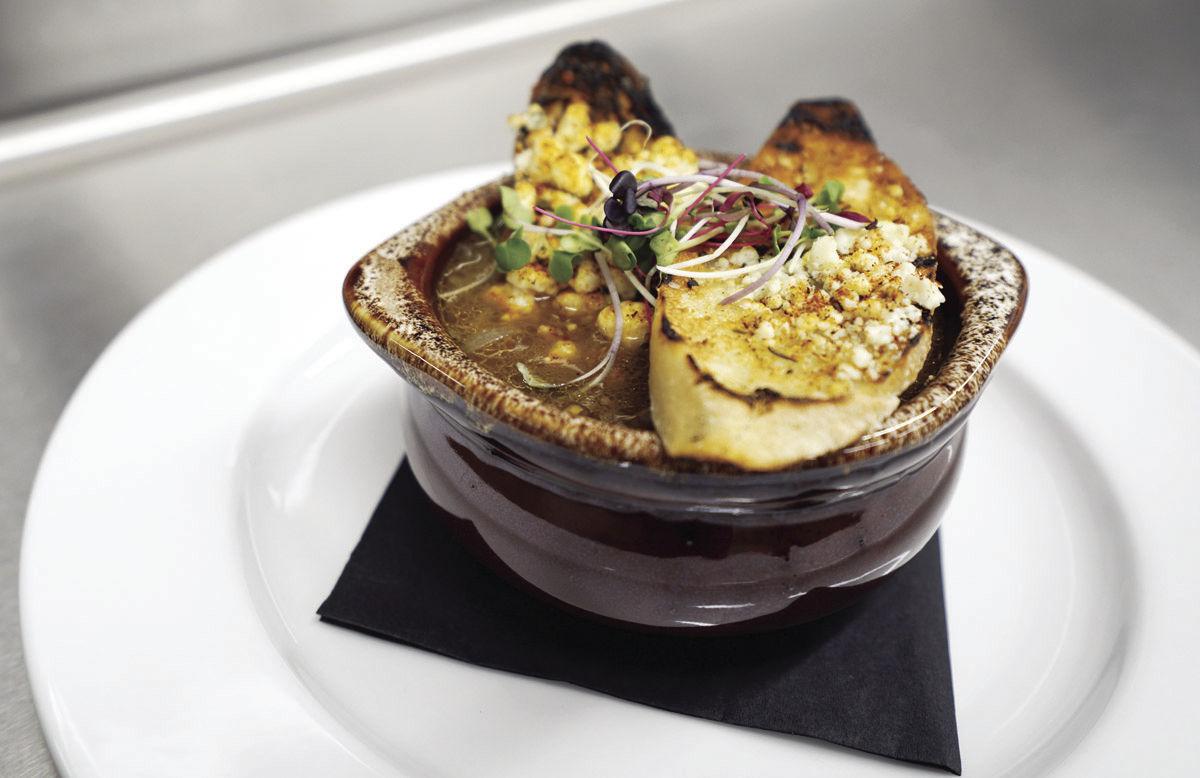 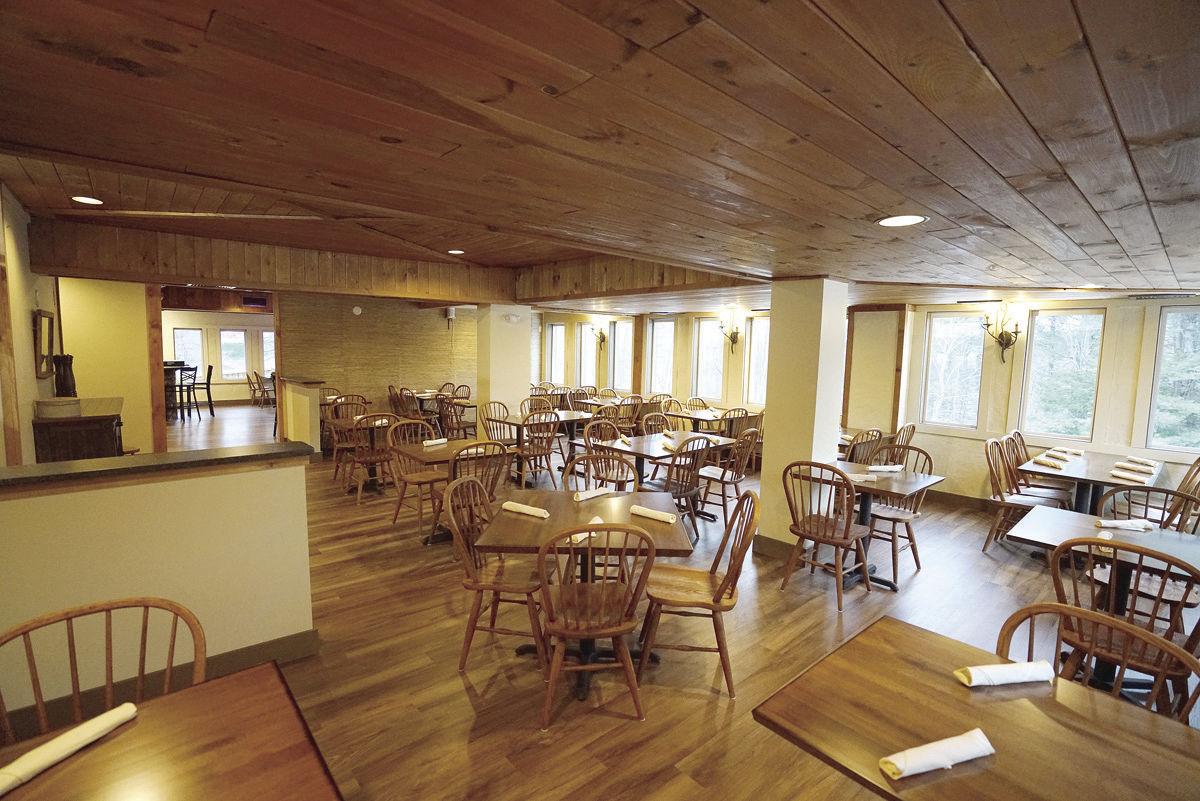 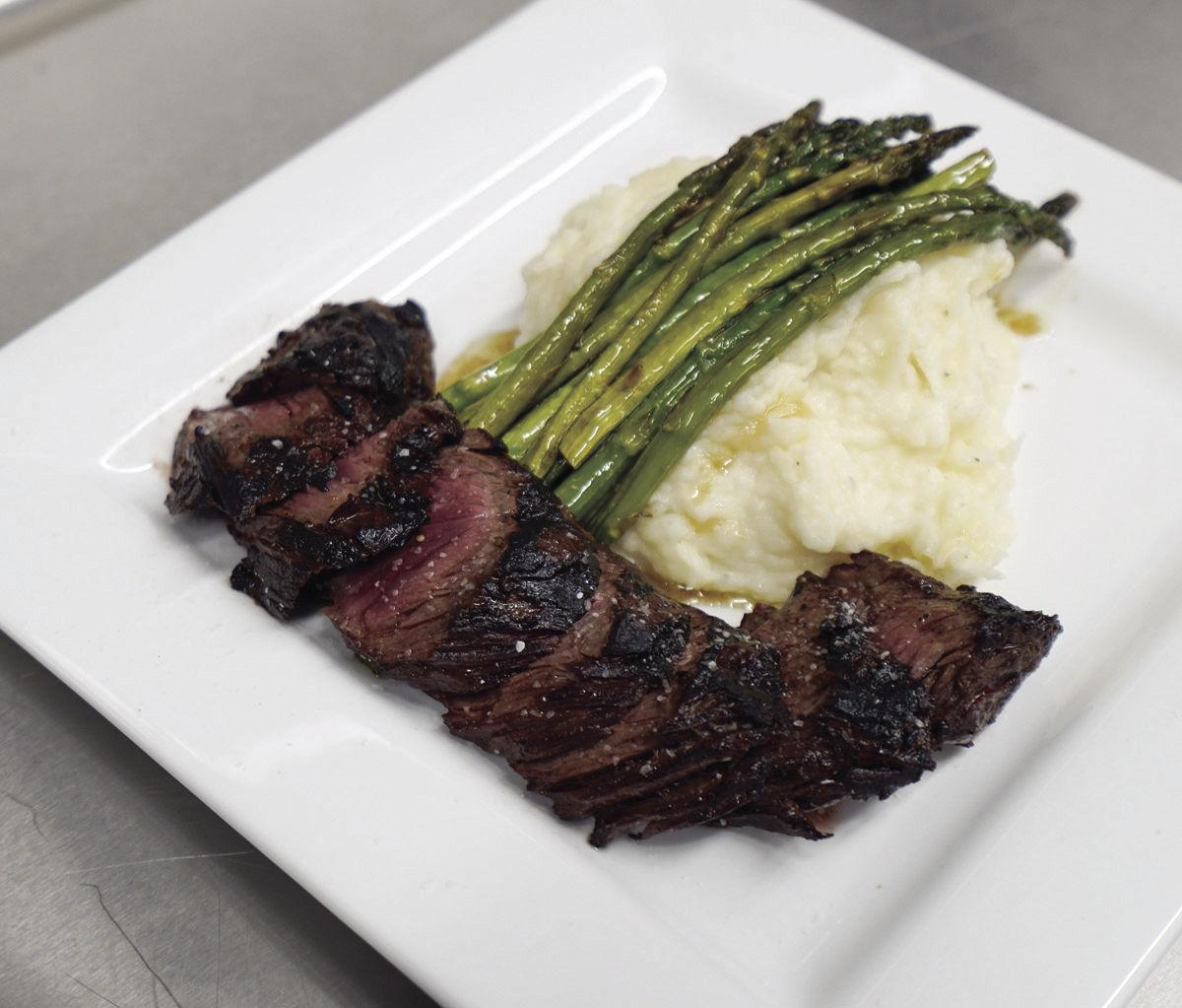 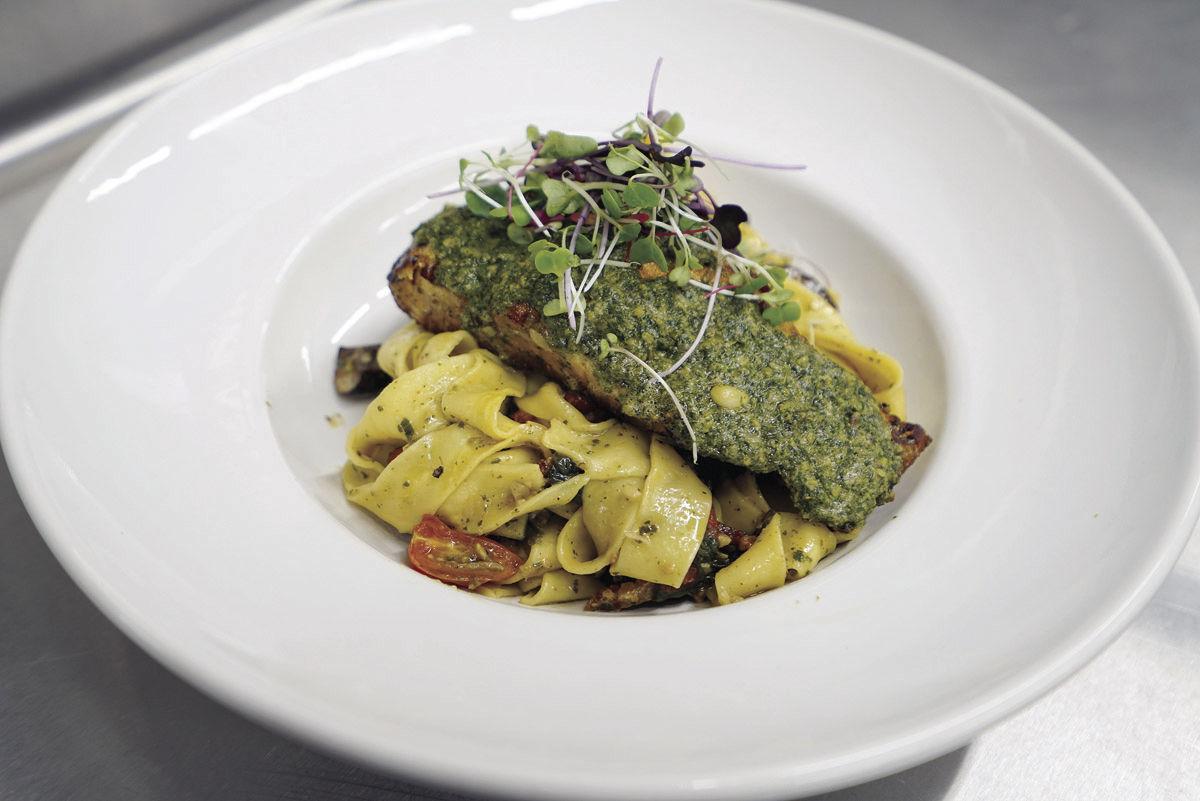 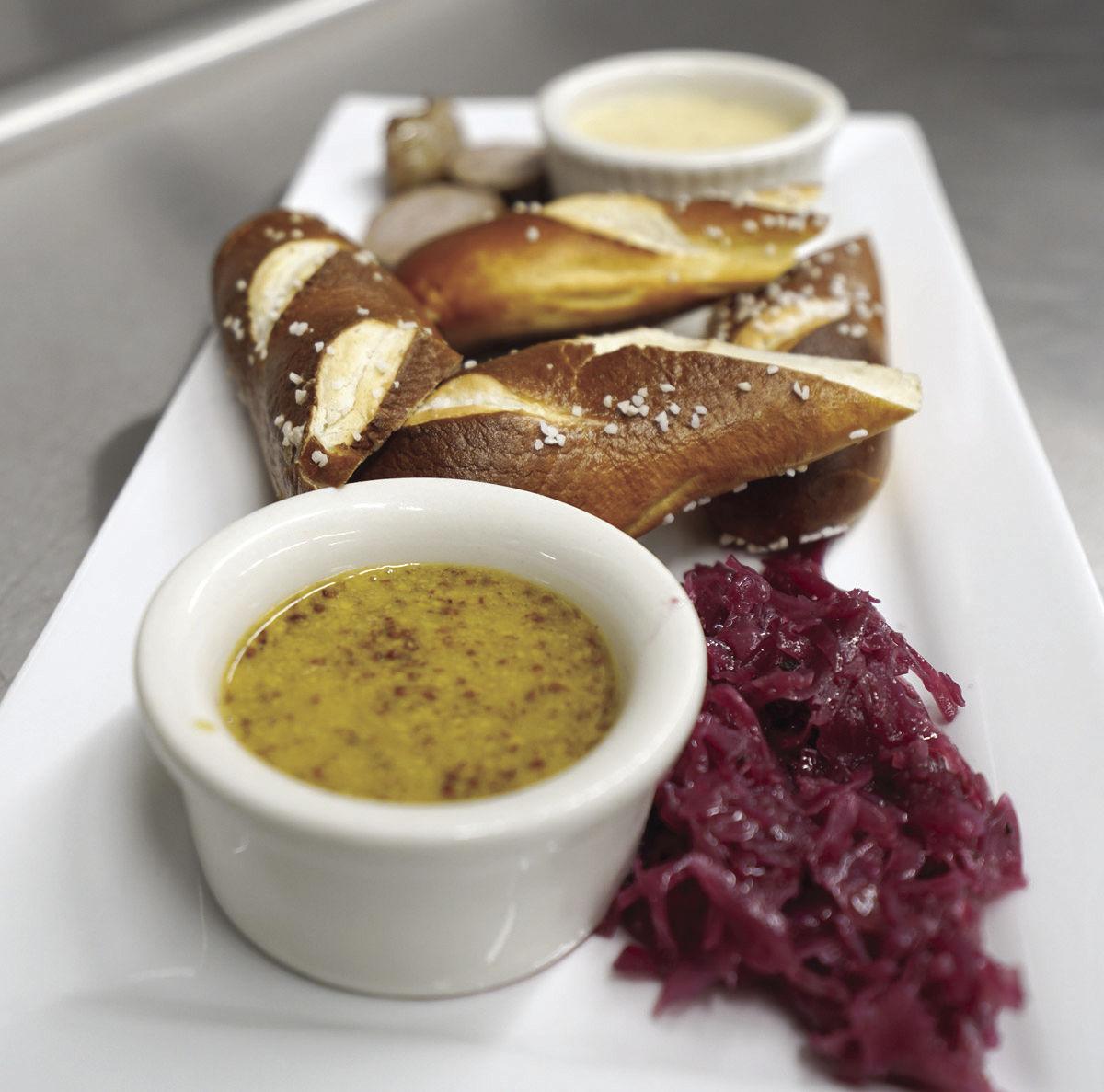 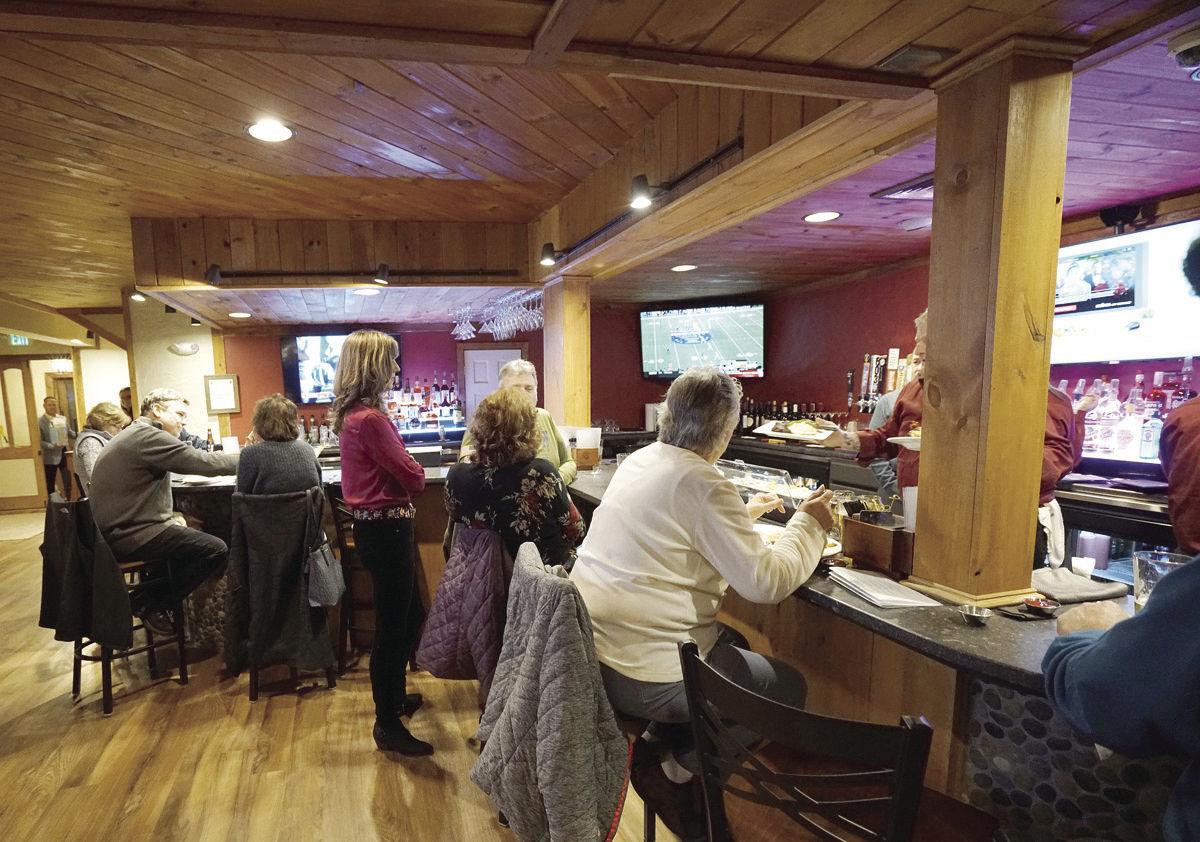 ALTON — One of the Lakes Region’s more iconic restaurant buildings is back in business after sitting vacant for a few years. The Lodge at Smith Point opened last week, in the West Alton building that was home to the William Tell for many years.

“I had driven by this building a million times,” said Mark Poirier the entrepreneur who owns The Lodge and who formerly owned an engineering company. Before he sold it, his company had a sponsorship relationship with the Bank of NH Pavilion in Gilford, so he would pass the Route 11 location while driving from his Stratham home to the music venue. “It always intrigued me,” he said.

Poirier sold his company, and, after some time off, he decided to go for a drive last February while he considered his next move. When he drove past the building at 1602 Mount Major Highway, he saw a “For Sale” sign. Within a matter of weeks, he had purchased the property.

At first, he thought of the move as a real estate investment. Then he learned about the zoning of that particular stretch of highway, which runs along the southern shore of Lake Winnipesaukee. All of the surrounding land is restricted to residential uses, except for that one building, because it was a restaurant when the zoning maps were drawn. He saw that he had the opportunity to be the only eatery in the neighborhood, and he thought about the food scene in the Lakes Region as compared to the Seacoast.

“It is lacking the diversity of tastes that you can get in Portland, Portsmouth, the smaller cities around the Northeast,” Poirier said. “We could bring a good concept in here and change the game.”

And so was born the concept for The Lodge at Smith Point. Poirier’s idea was to create a space and menu that celebrated mountain and lake living, and which would offer dishes that stood out from the local competition but were also in line with local price points.

“It’s about textures, flavors, colors, ingredients that are a step above,” he said. “It’s all about quality food, quality ingredients. People will respond to it – they already have.” The Lodge at Smith Point held its soft opening around the first of the year, and opened for regular service last week.

In the months between Poirier’s purchase of the property and its opening, the building underwent a thorough renovation. It was constructed in the 1920s – Poirier is convinced there was a speakeasy in the basement – and was operated as the Glen Gables, with associated motels. Peter Bossert purchased the property in the 1970s, subdivided the lot, gave the building an Alpine makeover and served Swiss food in the William Tell. New owners entered the picture in 2013 and changed the name and menu to the Woodlands Tavern, which closed after a brief run, and the building sat vacant for a few years before catching Poirier’s eye.

There’s a new quartz-topped bar that zig-zags through the tavern, shaped in a way to promote conversations among both friends and strangers. He put in an all-new kitchen, new septic, plumbing and electrical systems, and removed five tons of steam pipe in order to put in a new heating-ventilation-air conditioning system.

The Lodge seats 95 on its main dining floor, and will soon open a room upstairs for overflow seating or functions.

With as much attention as Poirier paid to the building, he needed to have the right person running the kitchen. He found his chef in Brandon McGuff, who had been the chef-operator of Lavinia’s in Center Harbor.

“He put a menu in front of us that blew our mind,” said Poirier.

McGuff’s menu at The Lodge isn’t anything exotic. Early favorites are the mussels, hangar steak, cheeseburger and fish and chips. It’s familiar on paper, but novel on the plate, according to Poirier.

“It’s food with flair. It’s taking favorites and tweaking them. To quote Emeril Lagasse, kicking it up a notch.”

Poirier’s goal was both fit in to the Alton and Lakes Region community and restaurant scene, while also providing a new standard for local diners, and perhaps to open possibilities for other restaurateurs.

“Portsmouth is dining heaven, you can get anything there. Why not here?”