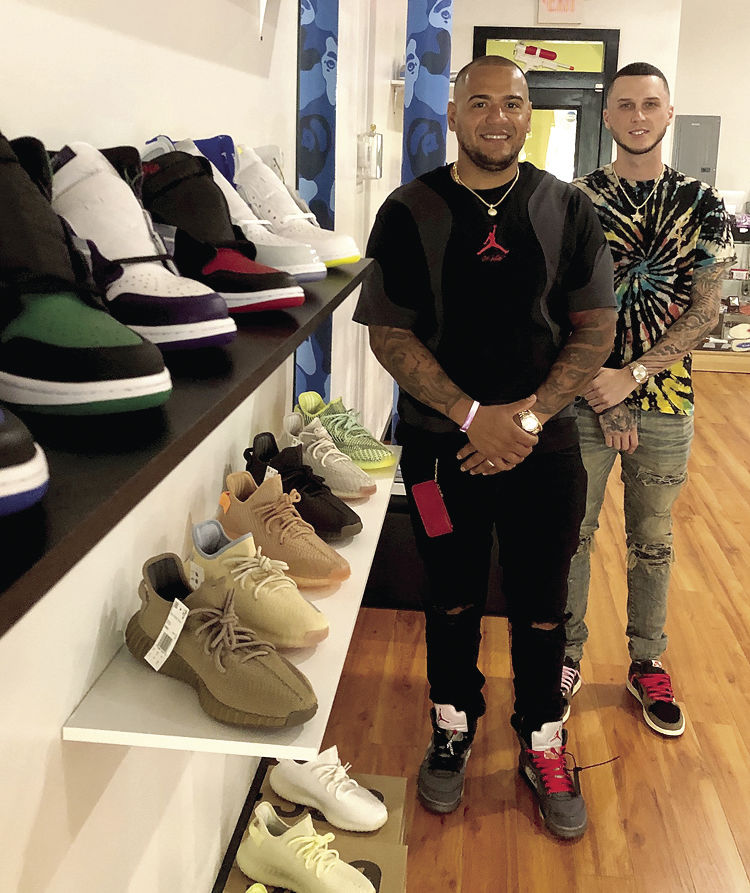 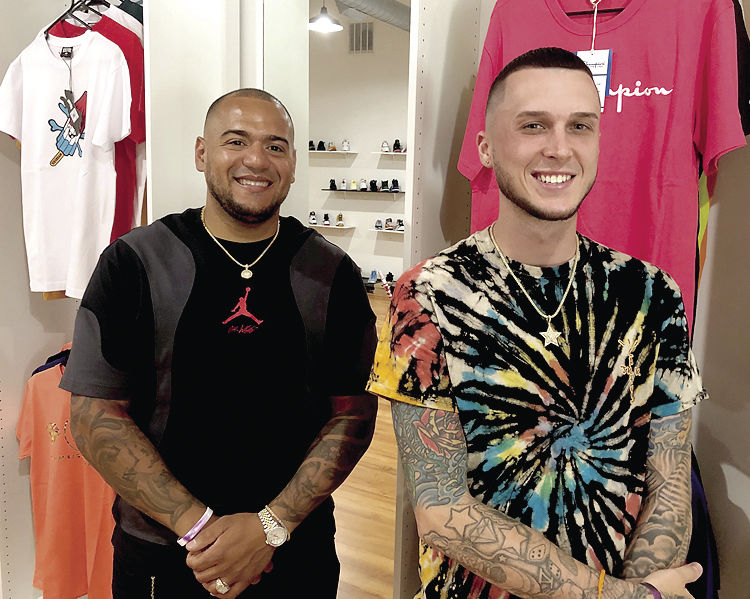 LACONIA — Three months ago as many businesses were closing their doors due to the COVID-19 outbreak, Pedro Sosa and Parker Cathcart were getting ready to open one up.

That moment has arrived as the two men have opened La Ola, a small shop that the pair hopes the area’s young people will make their go-to store for streetwear that suits their vibe and aesthetic.

La Ola, which opened Friday, is located at 7 Pleasant St., in the heart of downtown.

“Downtown is starting to look up,” Cathcart, who graduated from Laconia High School in 2012, said, pointing to the current restoration of the Colonial Theatre, and the opening of a farm-to-table restaurant a short walk away.

Sosa and Parker say their intention is to cater to the look and style that young people want, in a range of prices, from “high end” to less expensive — a look that until now millennials have had to travel out of town to find.

“We want to create an entire atmosphere we haven’t had (in this area) for a long time,” Sosa said.

He and Cathcart had initially considered opening their store in the Tanger Outlet mall in Tilton, but then thought “it would be better to be in the heart of our community.”

La Ola is carrying a wide selection of the kind of colorful sneakers that have grown into the everyday footwear of choice. In addition, there they have stocked a variety of printed and designer T-shirts. When cooler weather arrives Cathcart said they plan to introduce jeans, boots and outerwear into La Ola’s inventory.

That Sosa and Cathcart became friends, let alone business partners, is a story in itself.

Cathcart, who grew up in Laconia, first met Sosa in 2010 when he and his friends went to Wendy’s in Gilford, and ordered about two dozen hamburgers. Sosa, who is from the Dominican Republic and then a college student, was working at the restaurant on a J-1 visa. Exasperated at getting such a big order all of a sudden, Sosa told Cathcart he would have gotten served faster if he and his friends had ordered ahead. That didn’t keep Cathcart and his friends from coming back. When Sosa complimented Cathcart on the sneakers he was wearing, a bond began to develop. Eventually they started exploring the possibility of going into the apparel business.

For a time they peddled their line at trade shows up and down the East Coast. But by last year they started talking seriously about opening a store, Cathcart explained.

Ironically, it was Cathcart not Sosa, who came up with the idea of the Spanish name for the store.

“Today when young people think something is cool they say it’s the wave,” Cathcart explained. And so the name La Ola, Spanish for “the wave” was born.

The two men hope that their vision will catch on locally and that they are paving a style that their contemporaries will be eager to follow — creating a fashion wave that others will ride on.

LACONIA — With the return of warm weather, construction crews have been busy throughout the Lakes Region, refurbishing historic structures, pu…