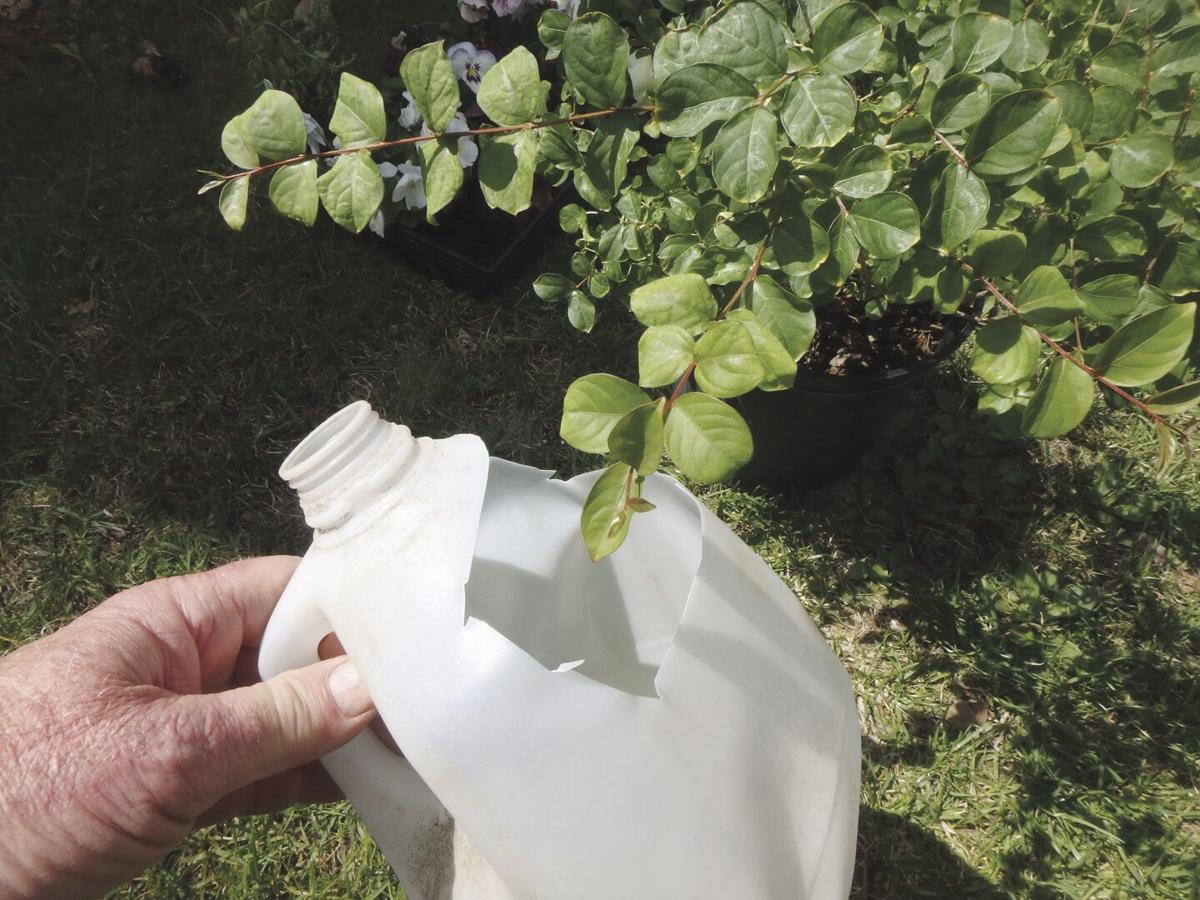 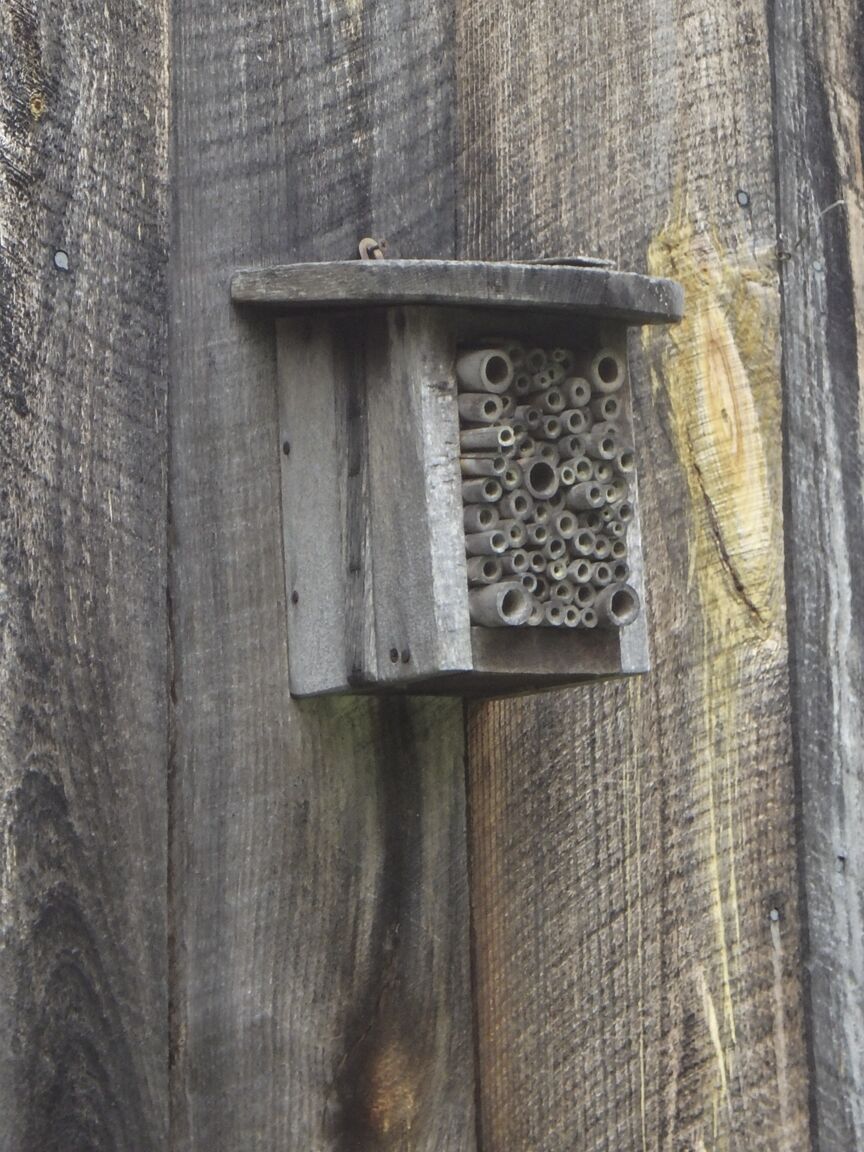 A simple house for solitary wasps made with bamboo pieces in a box hangs on my barn. (Courtesy photo) 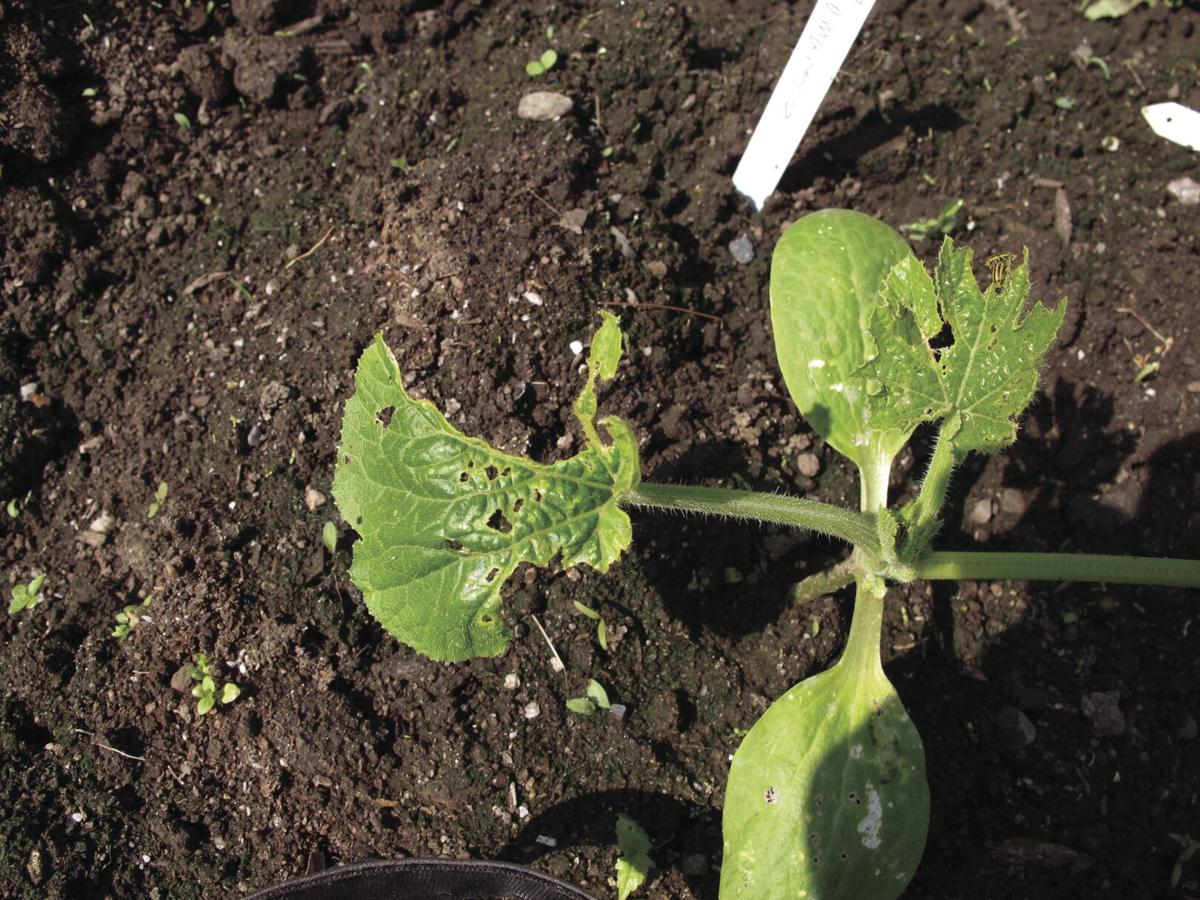 A simple house for solitary wasps made with bamboo pieces in a box hangs on my barn. (Courtesy photo)

It’s spring, and insects are hatching, flying, and munching. Contrary to what you may think, most are not a problem for your garden. There are over a million named insect species and many — perhaps most — co-evolved with flowering plants. They pollinate our crops and do many wonderful things for us.

One of the most hated insects is the Japanese beetle. These beetles, as the name suggests, are originally from Japan, and were first observed in New Jersey in 1916. In just over 100 years they have become omnipresent in Eastern United States. Why? They have very few natural predators — even birds don’t want to eat them.

As larvae, these pests generally live in lawns, feeding on grass roots. They are whitish grubs of various sizes, but up to an inch long. If you cut open a square foot of lawn with a sharp shovel and peel back the sod, you are likely to see a grub or two. If you count 10 or more in that sample, you have an infestation that will be a problem.

The U.S. Department of Agriculture developed a remedy in the 1940s called milky spore, which is a bacterium that can be suspended in water and sprayed on lawns. It is not a miracle cure, and is quite expensive. Not all entomologists believe that milky spore is an effective cure, at least not in New England where cold winters can kill the bacterium.

Not only that, those darn Japanese beetles fly. So you can treat your lawn with milky spore only to have your neighbor’s beetles fly over the fence to attack your roses. I did talk to an enterprising gardener once who convinced her neighbors to treat, too, and she feels it made a significant reduction in beetle numbers.

What else can you do? There are beneficial nematodes (unsegmented worms) called Hb nematodes that will attack Japanese beetle larvae and are said to be 96% effective in eliminating Japanese beetle and rose chafer larvae if applied properly. The best time to apply these nematodes is July and August when the grubs are feeding in your lawn. If you buy them, follow the directions carefully: they need to be applied to moist lawn at dusk, and then watered in. These are live worms, and as such need to be used soon after purchasing them. They are not generally available at garden centers, but are available on line.

What about those Japanese beetle traps? Give them to neighbors you don’t like. They attract lots of beetles, but only capture some — so they attract more hungry beetles to your property if you use them. Really, just don’t buy them.

I am a firm believer that the best method of insect control for most bad bugs is hand-picking them and dropping in soapy water. Insects often have several life cycles in a summer, so try to reduce numbers before they reproduce.

Hand picking works for potato bugs, for example, if you check your plants early in the season, before large numbers have appeared. Look under the leaves: if you see orange egg masses, scrape them off and drown them in soapy water, along with the beetles and larvae. If you grow too many potatoes for hand pi cking bugs, try something called “Bt”, another beneficial bacterium. It is readily available at garden centers. It does not act as a contact poison, but sickens the larvae so they stop feeding and don’t reach adulthood.

My insect nemesis is the striped cucumber beetle. It is a small striped beetle that can devour an entire small plant in one night. It eats not only cucumber leaves, but anything in that family including squashes and pumpkins. I do two things to help prevent their destruction: I grow my seedlings in pots until they have 3-4 leaves so the beetles can’t kill the plant in one night. And I cover my plants with row covers (breathable garden fabric) to physically keep those darn beetles off the leaves. Which is not to say that they can’t come up under the covers through the soil, but the method does help. And when the blossoms come, I’ll have to remove the row covers to allow pollination.

Can you create habitat for beneficial insects? Sure. Don’t manicure every inch of your garden. Leave a few dead branches or decomposing flower stems in piles at the edge of your property. Allow fallen leaves to serve as mulch. Consider putting up a simple structure for solitary wasps (such as those that control those pesky tomato hornworms). They are sold next the birdhouses at the garden center.

I’m afraid that mosquitoes, black flies and deer ticks have given all insects a bad name, but most are beneficial. They pollinate, serve as food for baby birds, they help to keep vigorous plants and other insects from taking over. And please remember this: if you decide that spraying pesticides is easier than the organic methods described here, know that those same sprays will kill small beneficial insects that you probably never even notice.

Henry Homeyer can be reached at henry.homeyer@comcast.net. His web site is www.Gardening-Guy.com. He is a longtime UNH Master Gardener and gardening consultant.