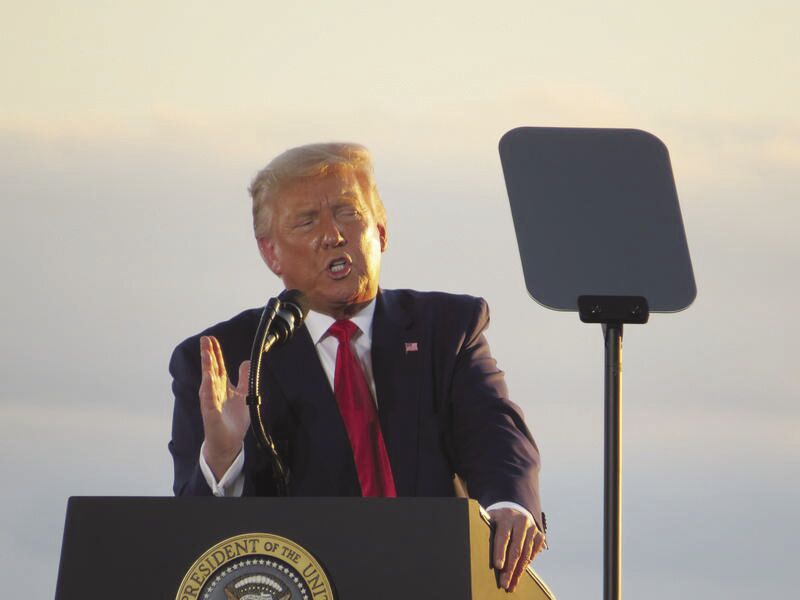 President Trump's re-election campaign and the Republican National Committee are asking to intervene in a lawsuit challenging New Hampshire’s COVID-19 voting procedures. If their request is approved, they would join a team of state attorneys trying to stave off changes to New Hampshire’s absentee registration and voting rules ahead of the November general election.

The American Federation of Teachers brought the lawsuit in an effort to force New Hampshire to extend its deadline for accepting absentee ballots by mail, to cover absentee ballot postage costs, to allow wider use of absentee ballot dropboxes and to permit third-party groups to return absentee ballots on voters’ behalf. Perkins Coie, the Democratic Party-affiliated law firm backing this effort, is behind more than a dozen similar cases across the country.

They say these and other changes are necessary to ensure as many people as possible can safely participate in the upcoming elections.

State officials say they’ve been working for months to prepare new election procedures due to COVID-19 and changing the rules at this point would only create more problems.

“What the plaintiffs want in this case is judicial rewriting of most or a substantial portion of our absentee ballot laws,” Assistant Attorney General Anthony Galdieri told a judge during a virtual hearing Tuesday afternoon. “And the state has exceptional concerns that that’s going to create voter confusion, it’s going to create election official confusion and it has the potential to result in the disenfranchisement of voters.”

At the same hearing, a lawyer for the Trump campaign and the Republican National Committee argued that they should be allowed to join the state in opposition to the teacher union’s proposed voting changes.

"Not unlike the plaintiffs here, they spend a lot of time educating and dedicating resources to making sure that their candidates and their voters understand what the laws are, comply with the laws,” said attorney Patrick Strawbridge, with the law firm Consovoy McCarthy. “They obviously have a direct interest in making sure that the election of both their members and on behalf of their constituents proceed according to the law and fairly and with integrity.”

State Superior Court Judge Will Delker, who is overseeing the case, said he would decide “as promptly as possible” whether to allow the Trump campaign and the Republican National Committee to join the case. It's unlikely that the lawsuit will affect any procedures for the September state primary, but it's unclear whether it will affect the November general election.

Some of the changes proposed in the lawsuit were discussed several months ago by a panel advising the New Hampshire Secretary of State’s office on COVID-19 voting policies.

The state adopted some of the recommendations from that committee — allowing voters to return absentee ballots in “dropboxes” supervised by trained election officials, for example — but did not heed its advice on prepaying postage for absentee ballots.

At present, New Hampshire voters who choose to mail back their absentee ballots are responsible for paying their own postage. The state doesn’t provide clear guidance to voters on how much is required to mail back an absentee ballot, but Deputy Secretary of State Dave Scanlan told NHPR via email “the return postage for the marked ballot in the affidavit envelope is one first class or ‘forever’ stamp.” If a voter includes additional paperwork in that envelope, Scanlan said it could cost more.

Also, under New Hampshire’s current voting rules, absentee ballots sent by mail must arrive by 5 p.m. on Election Day in order to be counted. Some other states allow ballots to be counted if they arrive later, as long as they’re postmarked by Election Day.

More information on voting in New Hampshire during COVID-19 can be found in NHPR’s elections guide.