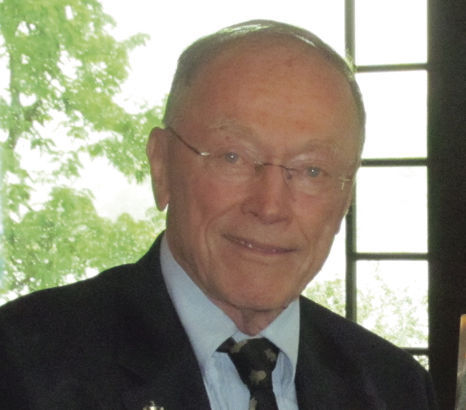 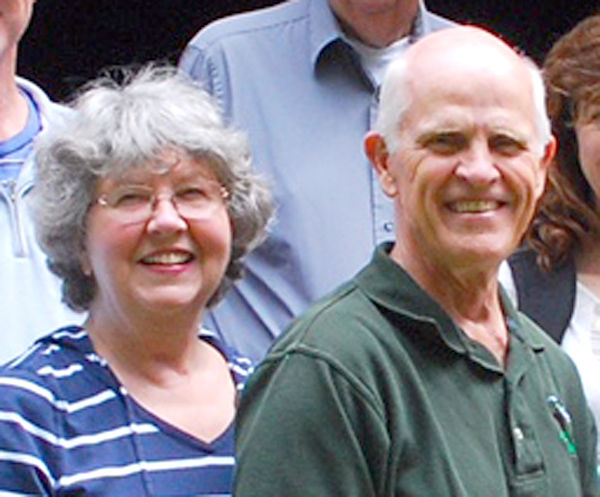 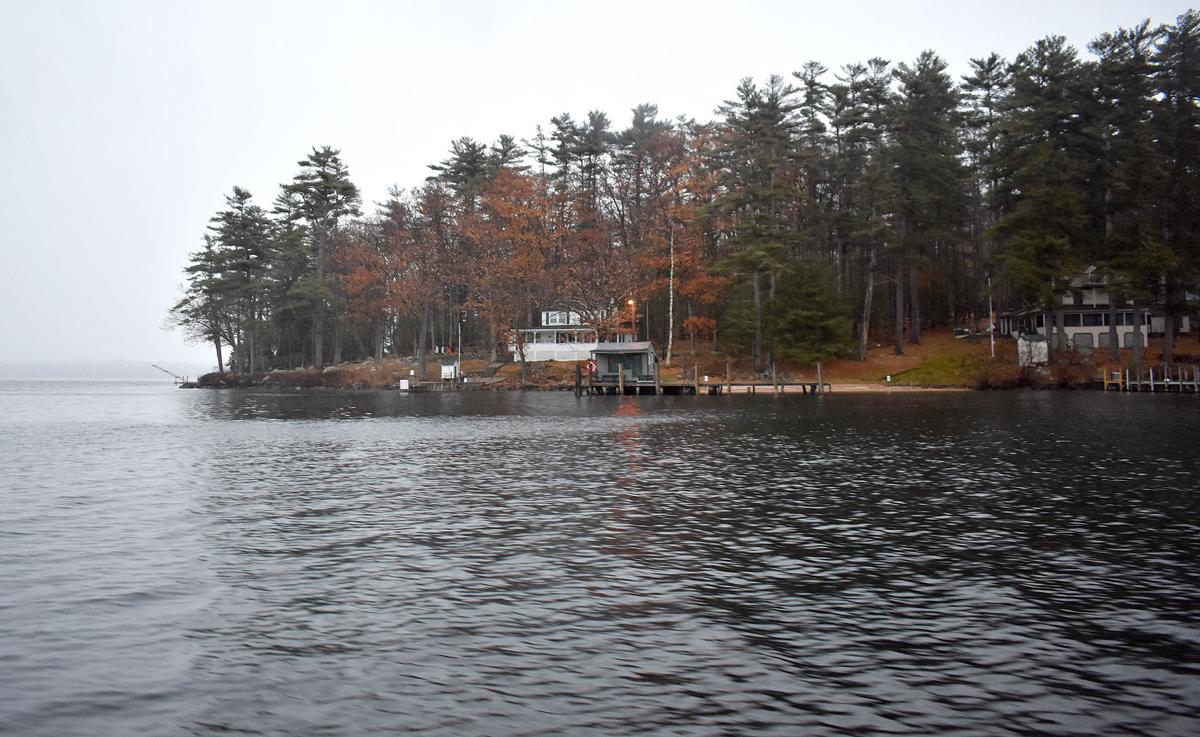 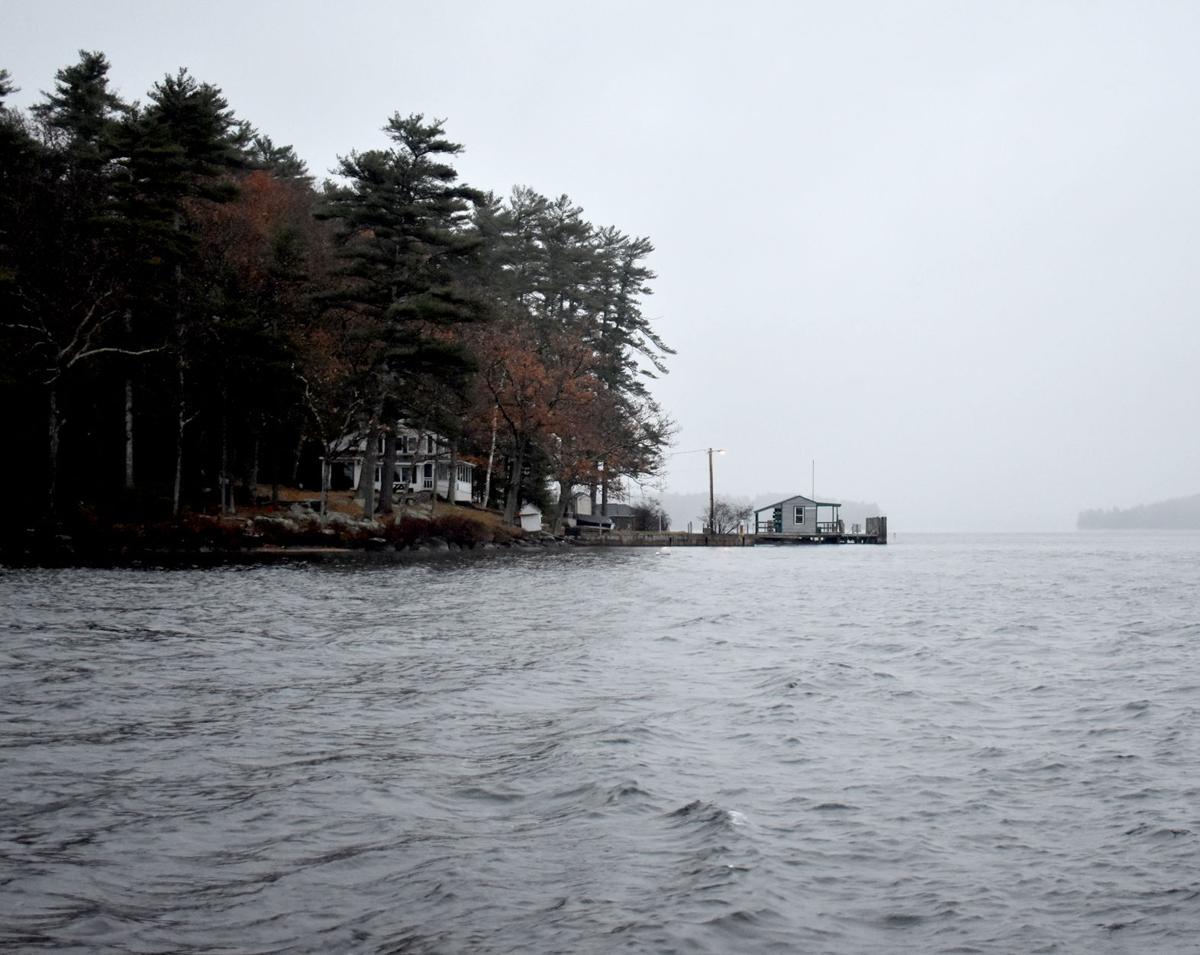 The mail dock at the northern tip of Bear Island, near where two islands residents died when their boats collided on Saturday evening. A woman was also seriously injured. (Adam Drapcho/The Laconia Daily Sun)

The mail dock at the northern tip of Bear Island, near where two islands residents died when their boats collided on Saturday evening. A woman was also seriously injured. (Adam Drapcho/The Laconia Daily Sun)

MEREDITH — A member of the tight-knit community of Bear Island residents said it’s “unfathomable” to think of the circumstances that led to the death of two beloved men – close friends – and the injury of a woman, when two boats collided on Lake Winnipesaukee Saturday night.

John Hopper, president of the St. John’s on-the-Lake Chapel Association, called it “just the cruelest twist of fate” that the boat of Jim and Carmel Hanson and the boat of Harold "Hal" Lyon were on course to make the turn around the Bear Island mail dock at the same moment, shortly after 6 p.m. on Saturday.

The Hansons were leaving the island to meet friends for dinner, while Lyon was returning to the island, he said.

New Hampshire Marine Patrol released the names of the two victims Tuesday morning, after multiple sources confirmed Monday that the deceased were James Hanson and Hal Lyon, both of whom own cottages on the island.

Marine Patrol was alerted at 6:11 p.m. Saturday of a boating accident on the north side of Bear Island, the second-largest island in Lake Winnipesaukee.

Hopper said the Hansons and Lyons have decades of boating experience, especially around Bear Island, and it is nearly inconceivable that they could have been involved in an accident.

“Part of the shock to have a boating accident like this is, it is unfathomable that it is those two,” Hopper said. “Both Jim and Hal were careful, respectful of the lake, they wouldn’t be doing anything crazy. To have two such good friends in such a circumstance, there couldn’t have been more than four or five boats on that whole end of the lake there, there’s just nobody out there.”

The communities of island residents on Lake Winnipesaukee are something of a throwback to neighborhoods of bygone eras. When the current residents were parents with young families, they would arrive to their island homes after school got out for the summer, and stay until Labor Day. Their children would play together, and if one household needed something – a log splitter, a stick of butter, or a ride to the mainland – they could count on their neighbors for help.

“Once you get in your boat and head out (to an island), it’s just a different world,” Hopper said. “You’re detached, so you kind of feel the community out there. Especially if you’ve been out there a long time, you’re always relying on your neighbors.” Children grew into adults, then parents themselves, and then, as the island people started reaching retirement age, they spent more of their time at their summer home. “Now people are up as soon as ice is out, certainly by May, and they run through Columbus Day, for the most part. Hal and Jim were the exception to that, because they stayed for hunting season. They have a family tradition, Jim’s kids would come up, Carmel would cook for them.”

Tragedy and coincidence combined on Saturday night. Hopper said the very reason that Lyon was away from his home was so he could scout for hunting spots to go with Jim Hanson once the season opens later this week. They often hunted for deer on Meredith Neck, he said.

Lyon, 84, was known as one of the lake’s fishing experts. Hopper said his areas of expertise were much wider, and ever-growing, though. “Hal was a guy who was interested in a million different things, he had an almost boyish enthusiasm for all of those things,” he said.

Lyon was known as an energetic and affable man, according to Bob Galeckas, of Gilford, who knew him from a informal club comprised of retirees who were avid fishermen. In 2007, Lyon wrote an award-winning book titled, "Angling in the Smile of the Great Spirit," a guide on big glacial lake fishing.

He was very active in the RFP club and would host a barbecue for the group every other year at his place on the island.

"He was always a happy person," recalled "Tuffy" Hamblett who knew him from her years at Y Landing Marina in Meredith.

Hanson, 76, was “very outgoing,” Hopper said. “He could strike up a conversation with anybody, and you’d walk away feeling that you’d known him for a long time.” Hanson was a golfer, who played at the Waukewan Golf Club.

The Hansons spent as much time on the island as they could, according to the Rev. Philip Polhemus, who served with Jim Hanson on the board of St. John's-on-the-Lake Association, which oversees the stone inter-denominational chapel where Sunday services are held during July and August.

"They would stay at their place until as late in the year as they could, and would return in the spring as soon as the ice was out," said Polhemus, a retired Methodist minister.

Investigators were continuing to piece together the chain of events which led to two boats collide.

When fireboats and paramedics from Meredith, Gilford, and Laconia arrived on the scene they found a 20-foot Sea Ray inboard-outboard boat adrift just north of the Bear Island Post Office, according to state Marine Patrol, which is heading up the investigation.

On board the boat was Carmel Hanson, who was seriously injured, and her husband who was unresponsive despite efforts by EMTs to revive him.

James Hanson was pronounced dead at the scene, according to Belknap County Attorney Andrew Livernois, who was first informed of the accident Saturday evening.

Marine Patrol soon concluded the boat had not struck bottom as they had initially been told, but rather had been involved in a collision.

He said Marine Patrol then learned that another boat had not returned to the island as expected.

Evidence collected at the scene where the Sea Ray boat was located matched the description of the missing boat.

Marine Patrol officers and Gilford Fire personnel used specialized equipment to conduct grid searches Sunday in an effort to find the location of the collision. The State Police Air Wing Helicopter and divers from New Hampshire Fish & Game Department were also called in to assist with searching the area where the collision was believed to have occurred.

“Based on this collaborative effort, divers from New Hampshire Fish & Game shortly located the second vessel in approximately 48 feet of water. Moments later, divers also located a deceased (man) within the submerged vessel,” Marine Patrol said in a statement released to the media.

Efforts to contact Marine Patrol officials on Monday for further information were unsuccessful.

“I do know an updated press release is scheduled to go out tomorrow (Tuesday),” Marine Patrol head Capt. Timothy Dunleavy, who is traveling out of state on business, said in an email Monday.

Hopper said friends of the two men are trying to understand how the tragedy could have happened: "It wasn’t a windy night, it wasn’t super dark, but it was dark for sure. It was cold. It’s pure speculation, in both cases they had their roofs up, their sidecurtains up, when you have your navigational lights, they can put a glare in those windows, it’s conceivable."

Marine Patrol was asking that anyone who may have witnessed this incident or may have heard anything on the water in the area of Bear, Pine or Three Mile islands to contact Sgt. Dave Ouellette at Marine Patrol at 603-227-2111.

Fire on the water – how prepared are we for emergencies on the lake?

LAKE WINNIPESAUKEE — The state’s biggest lake is a playground, especially during the dog days of summer. Thousands of people come to Winnipesa…