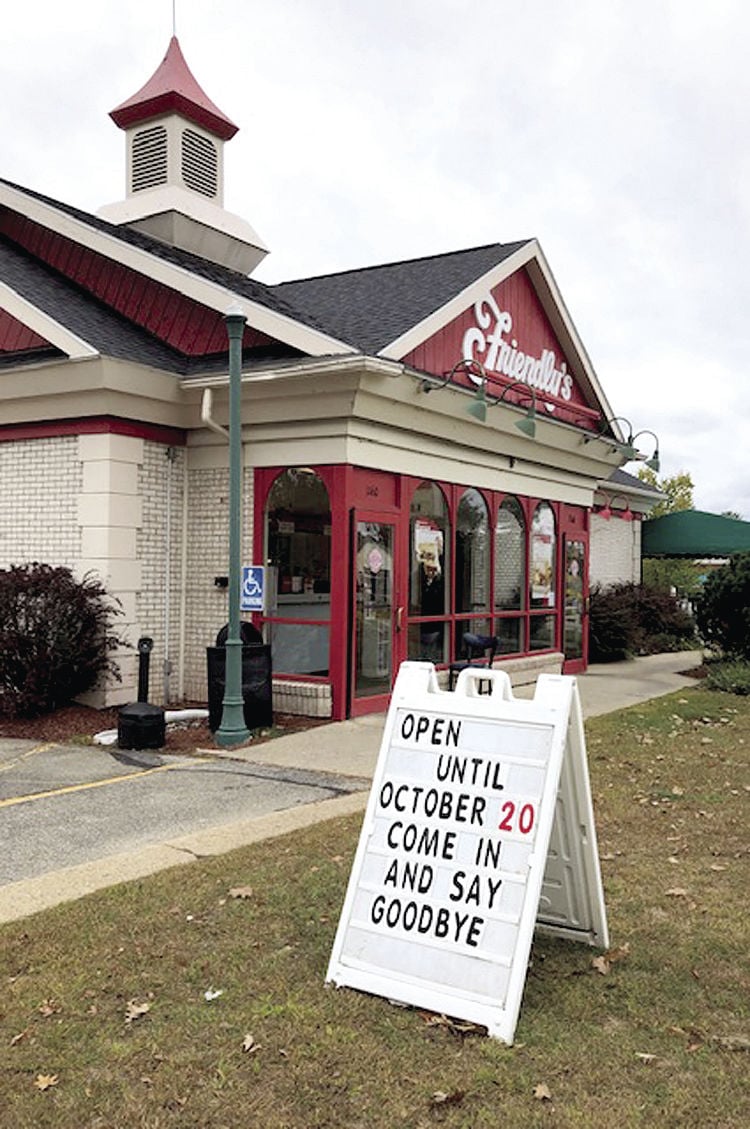 A sign in front of Friendly's at 1160 Union Ave. in Laconia announces the location will be closing in two weeks. The restaurant, which opened in 1986, is the latest of the iconic chain's locations to close in recent years. (Michael Mortensen/The Laconia Daily Sun photo) 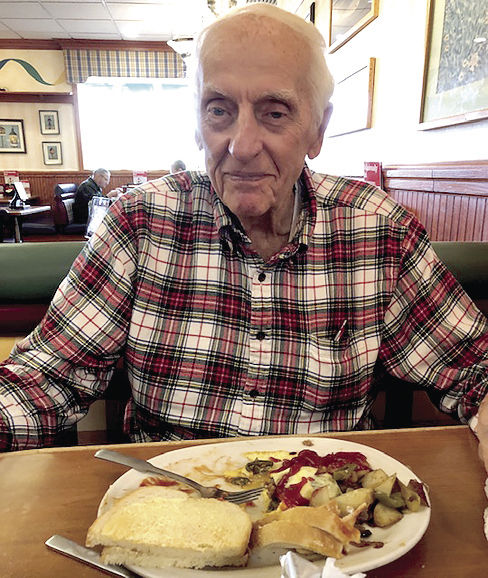 Peter DeJager has breakfast at Friendly's in Laconia, which will be closing on Oct. 20. DeJager said he is going to miss Friendly's omelets. (Michael Mortensen/The Laconia Daily Sun photo)

A sign in front of Friendly's at 1160 Union Ave. in Laconia announces the location will be closing in two weeks. The restaurant, which opened in 1986, is the latest of the iconic chain's locations to close in recent years. (Michael Mortensen/The Laconia Daily Sun photo)

Peter DeJager has breakfast at Friendly's in Laconia, which will be closing on Oct. 20. DeJager said he is going to miss Friendly's omelets. (Michael Mortensen/The Laconia Daily Sun photo)

“I asked the waitress how they are able to make them so fluffy,” DeJager said as he was halfway through his breakfast Friday morning. “She told me they add cream — not half and half — to the eggs.”

DeJager, of Alton, won’t be able to enjoy Friendly’s omelets much longer. The chain will be closing its Laconia restaurant in two weeks. The last day of business will be Oct. 20, according to Jade Hann, the restaurant’s manager, who said that she was not authorized to give out any information except for the closing date which is posted on a sandwich board sign out in front.

“It’s kind of sad to see places closing,” said DeJager, who said he has been coming to the local Friendly’s a couple of times a week for about three months.

Hann referred all questions to Friendly’s corporate offices. Calls left with a staff person at the company’s restaurant operations and marketing office were not returned.

The Laconia restaurant is just the latest in a long list of closings which the iconic Massachusetts-based chain has made in recent years. In 1989, there were 850 Friendly’s restaurants in 15 states. Last year Friendly’s was down to 77 company restaurants and 97 franchise units, according to news reports at the time the company closed its Dover location. In April, Friendly’s closed another 23 locations, including restaurants in Keene and Nashua. All told, the company closed about one-quarter of its locations between 2017 and April of this year, according to RestaurantBusinessOnline.com which tracks trends in the restaurant industry.

“Over the past few years, we have identified and minimized the number of locations that no longer deliver the customer experience that we are working to create,” Friendly’s said in a statement released to the media at the time the Dover restaurant closed last December. “As we move forward, our goal is to open locations with improved service and value for our customers, like the restaurants that have recently opened in … Merrimack, New Hampshire.”

The restaurant at 1160 Union Ave. opened in June 1986, according to city records. The building and land are assessed for tax purposes at $466,500. Almost one year ago the property was purchased by SIC Property LLC. SIC, which is owned by Friendly’s parent company, Sun Capital Partners, paid about $500,333 for the property, according to records at the Belknap County Registry of Deeds.

A number for SIC Property, which is based on Boca Raton, Florida, could not be located.

According to Friendly’s website, New Hampshire restaurants which are still operating are in Merrimack, Rochester, Concord, and North Conway.

Brothers S. Prestley and Curtis Blake founded the company in 1935 in Springfield, Massachusetts, and expanded the company quickly in the years following World War II. The brothers sold to Hershey Foods in 1979. Friendly's sold its retail ice cream and manufacturing business to Dean Foods Co. in 2016 for $155 million. Dean sells ice cream to supermarkets and Friendly's restaurants.

Maurice and Catherine Cote of Gilford, who were having their breakfast at Friendly’s on Friday, said they were unsure where they would go after the restaurant closes on the 20th. “Maybe we’ll have to open our own restaurant,” Catherine said in jest.