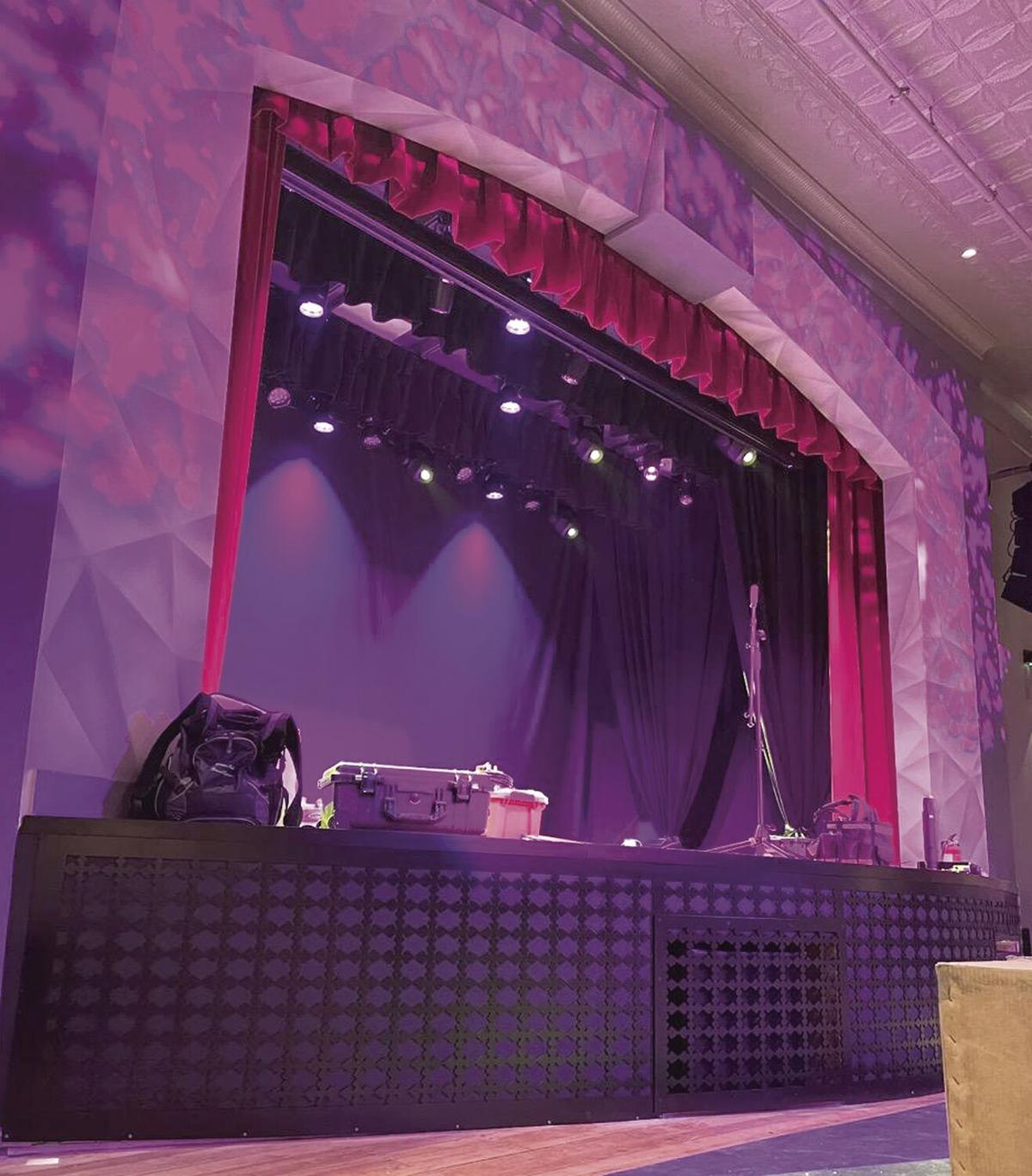 The stage for the refurbished Lakeport Opera House, above left, will light up this weekend for the first time in 60 years, thanks to a renovation that developer Scott Everett said cost more than $1 million. “I saw that the building was dilapidated,” Everett said, “and it had to be done.” (Courtesy photos) 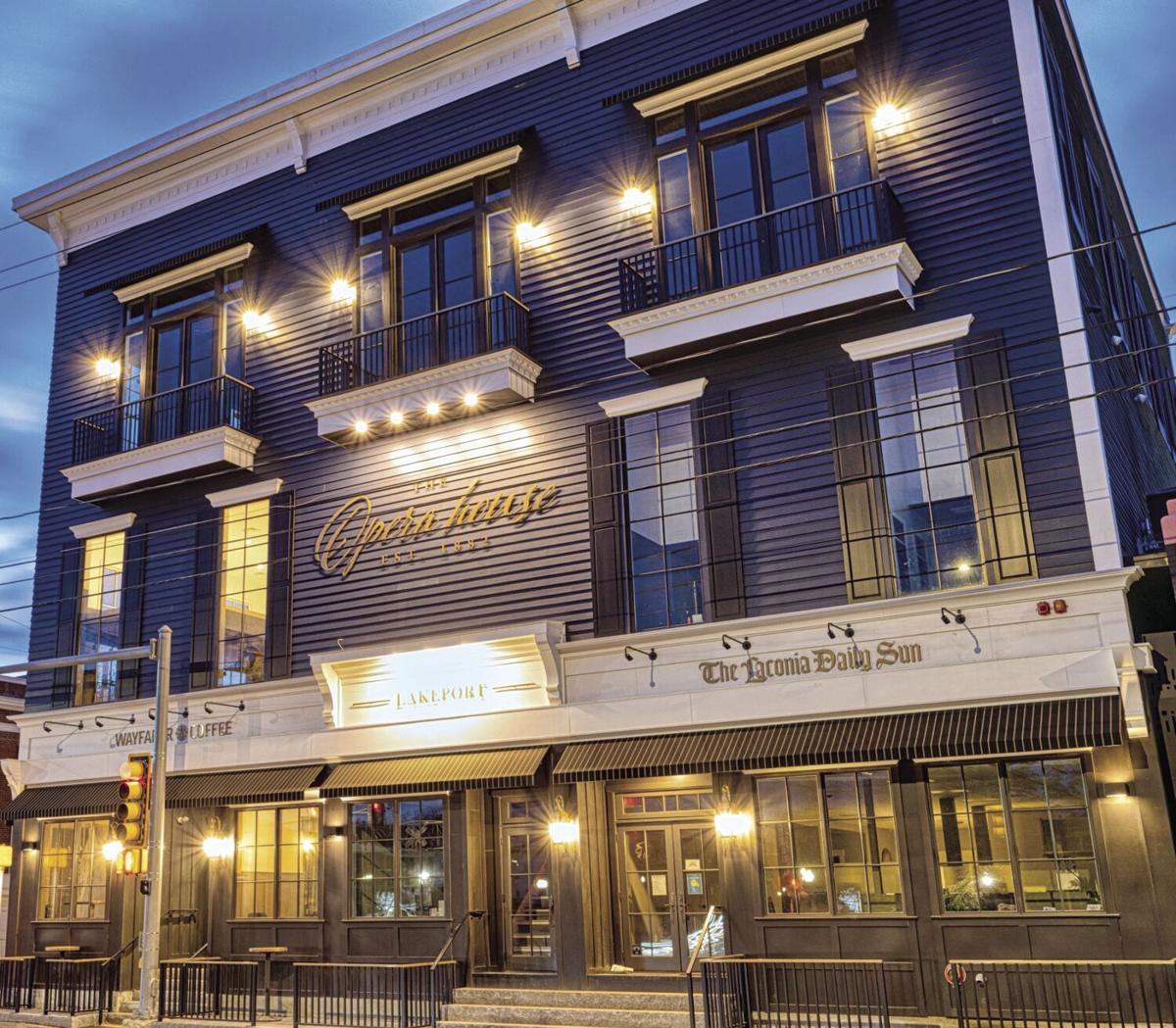 The stage for the refurbished Lakeport Opera House, above left, will light up this weekend for the first time in 60 years, thanks to a renovation that developer Scott Everett said cost more than $1 million. “I saw that the building was dilapidated,” Everett said, “and it had to be done.” (Courtesy photos)

LACONIA — Developer Scott Everett has a vision for Lakeport. This weekend, an important part of that vision will become reality when the Lakeport Opera House stage will again be flooded with lights, the curtain will rise and an audience will fill the room with applause.

The first show will feature the Flutie Brothers Band, a favorite of Everett’s because it features his longtime friend, Mike Smith, “one of the greatest musicians around,” as well as Boston sports legend Doug Flutie, and his brother Darren Flutie. They will take the stage at 8 p.m. on Saturday, June 12. The schedule includes eight other acts between June 17 and Aug. 8, including comedians, singer-songwriters, an ABBA tribute band, and a medium.

“There are some great shows, it will be so much fun,” Everett said in an interview. Visit lakeportopera.com for more information about tickets and performances.

The first people to enjoy the venue will be those who spent the past three years laboring to bring the three-story, 30,000-square-foot building to its current glory. Before the Flute Brothers Band comes into town, Everett is throwing an appreciation party for the skilled tradespeople whom he credits for making the dream a reality. The end result of those efforts is a mix of historic charm and modern amenities, befitting a building constructed in 1882 but given a roof-to-basement renovation in the 21st century. Features connecting to the building’s past include tin ceilings, reconditioned wood floors and a display of a map and poster found inside the walls during renovation. Contemporary design touches were added, such as lighting, metal and crystal accents, and artwork.

The ground floor of the Opera House, located at the corner of Union Avenue and Elm Street, is occupied by The Laconia Daily Sun and Wayfarer Coffee Lakeport. The top floor will be used for luxury condominiums, and the performance venue is on the second floor.

The Opera House could seat up to 220 guests, but Everett said the plan is to provide a distinct experience from what audiences will be able to have at the Colonial Theatre and the CAKE (Chaos and Kindness Experience), both of which will be opening very soon downtown.

Lakeport’s venue will seat 200, instead of its maximum 220, so that audience members can have what Everett called an “absolute first-class” night at the theater. “It’s going to be small, intimate, boutique-y, a unique user experience that people aren’t used to in the area.”

“When you come to the Opera House, you’re getting an experience not just a show,” said Opera House venue director and brother Tim James Everett. “The concept and layout was created with comfort, style and mobility in mind while ensuring that there is no bad seat in the house.”

A lounge area with full bar will allow guests to mingle and take in lakeside views. Then, when they take their seats, they will have either cocktail tables or drink rails to hold their refreshments. In addition to live performances, the Opera House will be available for private functions and community forums.

Everett, who is building a mixed-use residential and retail development just across the intersection on Elm Street, spent more than $1 million on the Opera House project. He concedes that there’s no business plan that could justify such an outlay of capital, but he said the project was more about passion than profit. He said he couldn’t sit by and watch the building, which held its last performance in 1960, crumble.

“I grew up in Gilford. I live in Laconia now, my father lived on Valley Street,” Everett said. “I just had to. I saw that the building was dilapidated, and it had to be done.” The project is a key piece to what he sees as the potential for Laconia’s third neighborhood, which sometimes is forgotten in favor of downtown or The Weirs.

“Lakeport should be one of the premiere cities around the lake, and if I have anything to do with it, it will be,” Everett said. “We’re trying to rise the tide of the whole area.”