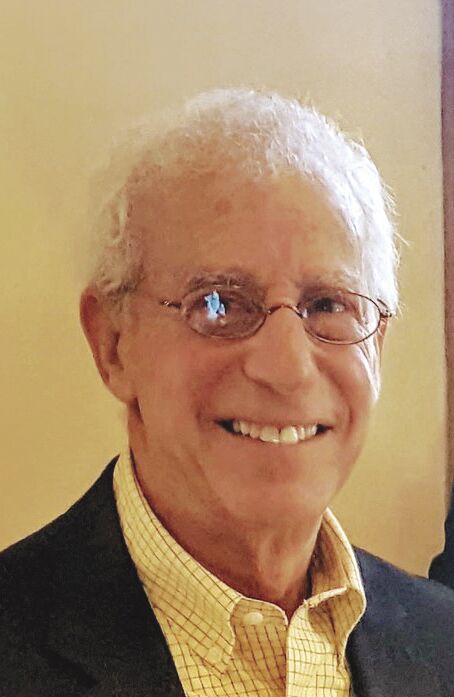 LACONIA — Ronald Reagan believed in what he called the 11th Commandment: “Thou shalt not speak ill of any fellow Republican.”

That saying appears to have flown out the window in recent years, and that is apparent in the race for chairman of the Belknap County Republicans.

GOP state committee members from the county will vote Wednesday in the election between the current chairman, Alan Glassman, and the challenger, Rep. Norm Silber.

Silber calls Glassman a RINO – or Republican in Name Only – a tag applied to those deemed insufficiently adherent to the party’s tenets.

Glassman says he just presided over an election cycle in which the GOP won up and down the ballot in the county.

“We have people all over the spectrum of being Republicans and the bottom line is the way I operate is that we represent all Republicans and like-minded independents,” Glassman said.

He rejects the notion that there are two GOP factions — one that hews to the Republican campaign platform and one consisting of RINOs.

“I don't look at it that way,” Glassman said. “There's more than one thing known as being a Republican.

“The reality here is I’ve worked for all of the candidates to get them elected, even Norm Silber. I voted for Trump in ‘16 and ‘20. I’ve voted for all Republican candidates.”

Glassman finds himself in a situation he compares to that of an NFL coach whose team wins the Super Bowl only to face an effort to oust him after the championship.

The fight for chairmanship of the local party is a microcosm of the larger battle for the future of a national party led by lame-duck President Donald Trump.

Republicans in Congress differed on whether to finalize President-elect Joe Biden’s victory. They differ on how much responsibility Trump bears for the riot at the U.S. Capitol.

Trump himself has run counter to Republican orthodoxy at times.

The national GOP platform, written in 2016 and carried over in 2020, criticizes initiatives of former President Barack Obama, including health care. It discusses cracking down on immigration, but it also talks about reducing national debt, which has skyrocketed over the last four years.

“It created a rift between the pro-Trumpers and those condemning political violence no matter who started it,” he said, counting himself among the latter group.

For his part, Silber said the violence at the Capitol was a disgrace and that he’s a big supporter of law enforcement.

Silber declined to say whether he thinks Republican Gov. Chris Sununu is a RINO.

Sununu has come under fire from some members of the GOP for restrictions he put in place to stem the COVID-19 pandemic, including a face mask mandate. After the COVID-19 death of House Speaker Dick Hinch, Sununu was critical of those in the Republican caucus who didn’t observe virus precautions during GOP gatherings.

Silber defines a RINO as someone who accepts less than 80 percent of the Republican Party platform.

He couldn’t identify how Glassman’s views differ from those of the platform, but he criticizes his opponent for not joining him in supporting Rep. Dawn Johnson.

Johnson, a newly elected Republican and a member of the Laconia School Board, came under a firestorm of criticism for linking on social media to anti-Semitic election conspiracy material from a neo-Nazi website. She took down the link and said the whole thing was a mistake.

Sununu called the material disgusting and said nobody in a leadership position should perpetuate such things.

Silber said it was a simple mistake and that, as Belknap County Republican chairman, Glassman had an opportunity to say so.

“You’ve got a microphone, a bully pulpit to speak out,” he said. “I would never, ever, ever throw a fellow Republican under the bus for making a mistake.”

Glassman said he didn’t weigh in on the issue because he has been dealing with a serious illness involving his daughter ever since the Dawn Johnson story broke.

Republican Rep. Mike Bordes was critical of the Johnson post, saying it goes against everything he believes in. He doesn’t think that disqualifies him from being considered a true Republican.

“I see people throwing out the term RINO all the time, if they don't agree with you 100 percent of the time. I take it as a compliment now. I’m in good company.”

Silber said he “calls out RINOs” because a lot of voters don’t understand much about who is on the ballot.

“I don’t want people to be misled by seeing an “R” after a person’s name if that person doesn’t believe in party principles,” he said.

For the same reason, he would like to see local races, such as the City Council, change from nonpartisan to partisan.

“If it’s non-partisan, you are voting blind,” he said.

Tim Lang, another local Republican representative, sees a “tug of war for the soul of the Republican party.

“I view it as we have a significant Free State movement in the state of New Hampshire with an influx of new people from out of state that are looking to take over the party, and then you have the traditional Republicans — small government, lower taxes, more liberty, less interference of government but they also understand there is a role for government in people’s lives.

“I don’t believe you have to be a purist to be a Republican.”

LACONIA — Former State Reps. Charlie St. Clair, a Democrat, and Dennis Fields, a Republican, differ on some issues, but they agree on one thin…

Hey Norm Clariol is on sale at CVS.