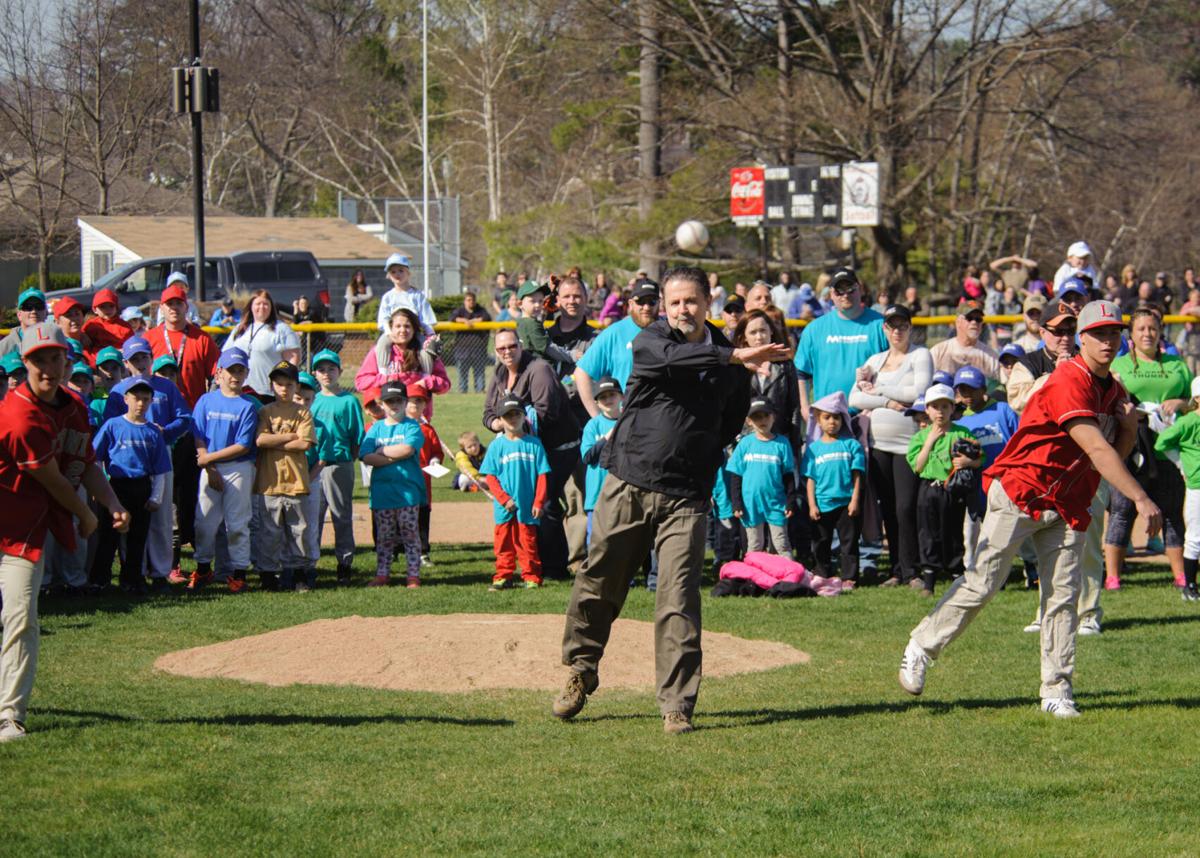 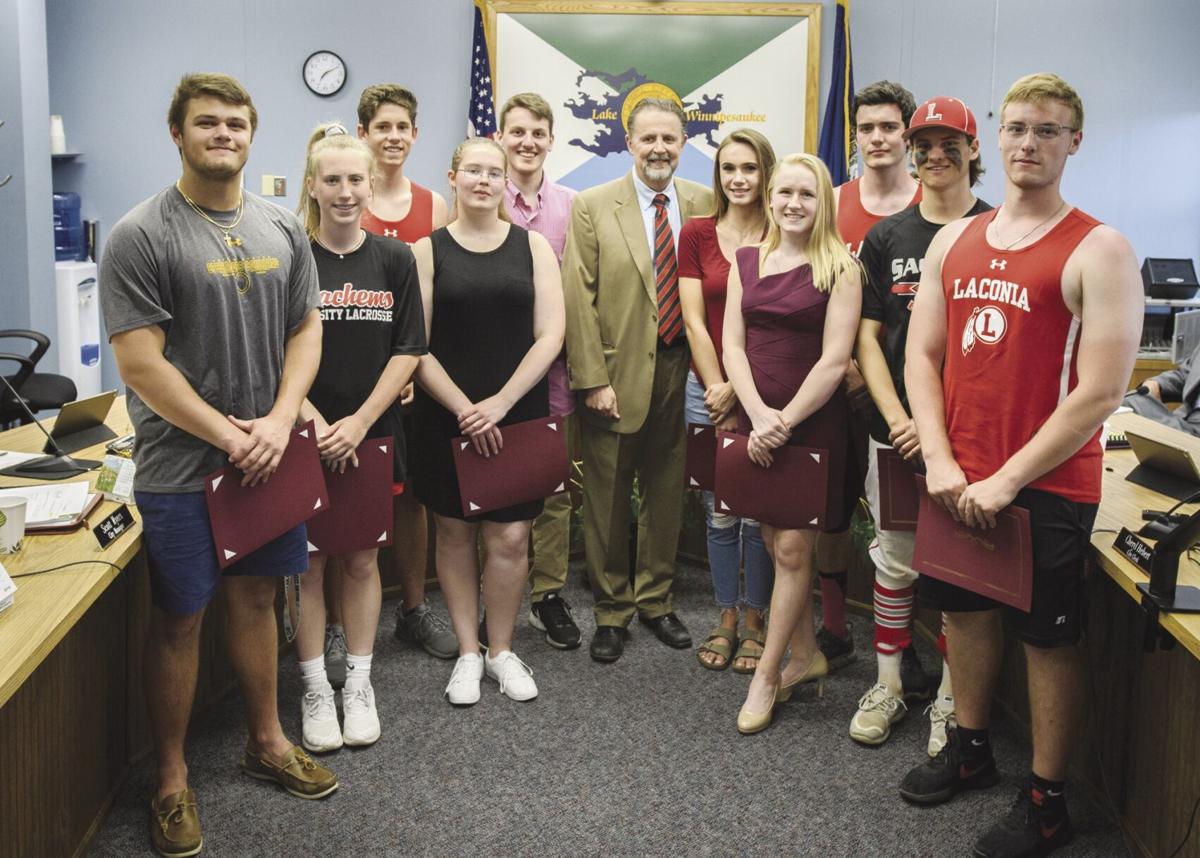 Then-mayor Ed Engler stands with the top ten Laconia High School 2018 graduates prior to the start of the Laconia City Council Meeting on May 14, 2018, in this file photo. (Alan MacRae photo/for The Laconia Daily Sun) 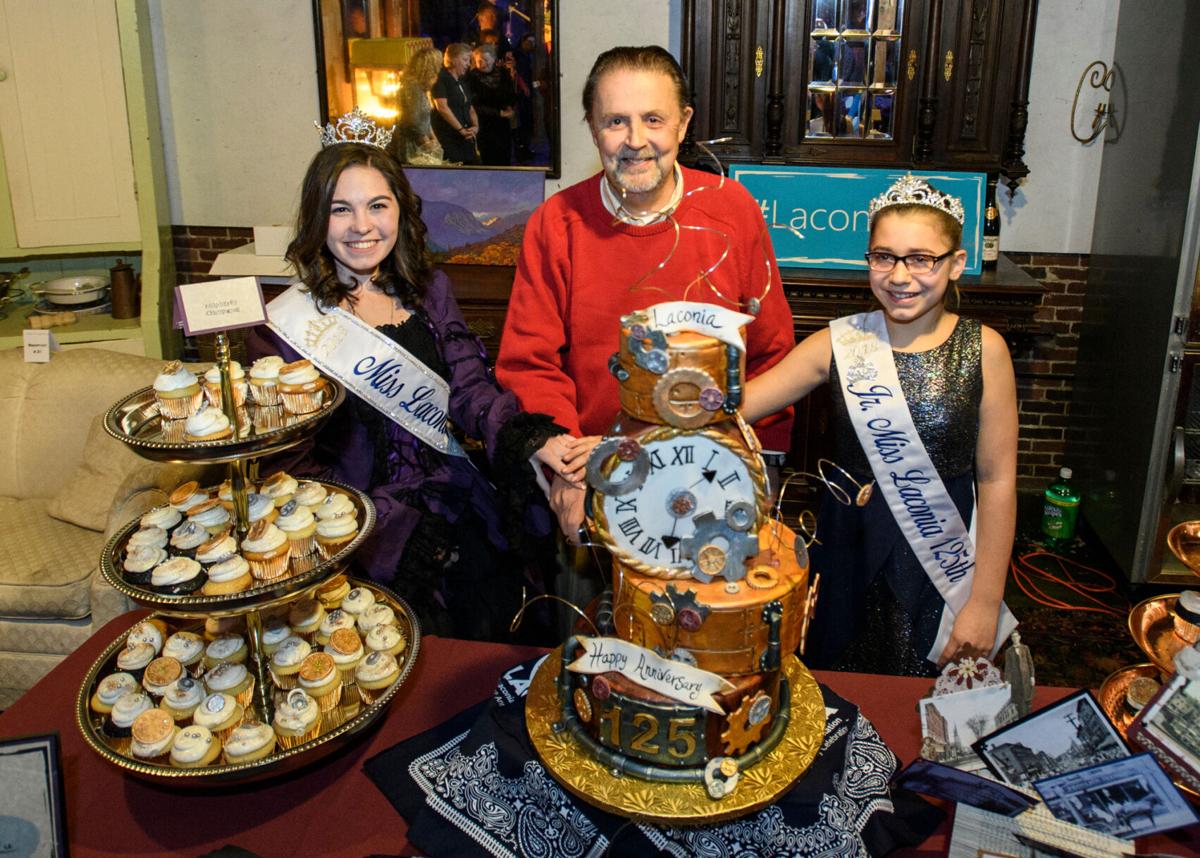 Then-mayor Ed Engler stands with the top ten Laconia High School 2018 graduates prior to the start of the Laconia City Council Meeting on May 14, 2018, in this file photo. (Alan MacRae photo/for The Laconia Daily Sun)

In 2000 Ed Engler placed a bet on Laconia, moving to the city, buying a home and starting a newspaper. Thirteen years later, with The Laconia Daily Sun flourishing, he doubled down by winning the first of his three terms as mayor. Tragically, Engler did not live to enjoy the full fruits of his successful gambles, but the community he embraced will long thrive from the legacy he left.

Engler’s contributions to the city flowed from his vision of the role of a community newspaper. The paper, he believed, was at once a business enterprise and a community asset, with a responsibility not only to report local news responsibly and accurately but also to assist the efforts of civic, service, charitable and neighborhood groups seeking to enrich the life of the community.

From the outset Engler steeped himself in the everyday life of the community, collecting a wide circle of friendships nurtured by his keen mind and generous spirit.

Allan Beetle recalled that Engler was always willing to discuss ways of addressing the challenges facing the design and construction of the Winnipesaukee — Opechee — Winnisquam (WOW) Trail. And the paper was always a steadfast champion of the annual Greater Lakes Region Children’s Auction.

Charlie St. Clair said that Engler’s contributions to the success of Laconia Motorcycle Week are appreciated as far away as Sturgis, South Dakota, the state where he was born. “He always made time for me,” said St. Clair, who often turned up at the newspaper office late at night.

Former School Superintendent Bob Champlin remembered approaching Engler to enlist the newspaper in publicizing the campaign to raise funds for construction of the athletic field at the high school. “As we made our pitch,” he said, “Ed said put me down for a paver and wrote a check for $5,000.”

Dick Shetler, a fellow Rotarian, said Engler was among those who frequented his photography studio, dubbed “the club house,” to “solve the world’s problems and create a few more.” He described him as “a remarkable individual who just went out and did things and was sensitive to everything.” Shetler’s wife Sharon added, “Ed was also a good listener.”

“Ed was the only man I knew who could look at you sweetly with a twinkle in his eye and get you to agree to something you did not want to agree to,” said Nancy LeRoy, who treasured his unflagging support for Altrusa of Laconia’s annual Tastes of the Lakes Region.

Many of those with the good fortune to work alongside Engler and share his company spoke of the rewards of their friendship.

Bob Hamel, who joined the City Council as a novice in 2006 and became one of its lynchpins, said simply, “he made my life a whole lot better. He was a marvelous man, a friend, a brother.” The two toured together on their motorcycles and, when Engler underwent treatment at the Dana Farber Cancer Institute in Boston and Dartmouth-Hitchcock Medical Center in Hanover, Hamel ferried him back and forth. “I really enjoyed the personal time we shared together. We talked about our lives.”

Alan MacRae said that as a boy of 14 he developed a passion for photography that went unfulfilled until Engler started The Laconia Daily Sun. He reached out to Engler, who gave him an assignment, and was surprised when the photo appeared on the front page the next day. He was even more surprised when Engler asked, “where is the picture for tomorrow’s paper?” MacRae said the confidence Engler placed in him enabled him to turn his boyhood passion into a professional career.

When Adam Drapcho, currently serving as news editor, joined The Laconia Daily Sun as a reporter in 2007, he had misgivings about continuing to work in a struggling industry, which were dispelled by the philosophy and culture of the company Engler was leading.

In subtle, even opaque ways, Engler drew the best from others with whom he worked and collaborated while they in turn grew in his shadow.

As the mayoral election of 2013 approached there was a dearth of candidates to succeed the retiring Mike Seymour, when Engler, to the surprise of the newsroom of The Laconia Daily Sun, tossed his hat in the ring. He won easily and soon after held a press conference announcing that the city, in partnership with the Belknap Economic Development Council, would acquire and restore the Colonial Theatre.

“He was always a couple of steps ahead of most of us,” said Warren Clement, who served on four committees that wrestled with the project to no avail. “Ed was what we needed.”

“Ed was really the one who got it jumpstarted,” said Randy Eifert of the BEDC. “I can’t imagine anyone else could have done what he did. Without him it would never have happened. He had the skills, talent and resolve to get it done.”

Hamel said the project “floundered and floundered and was dead in the water, but Ed was determined to see it through. He had the imagination and will to get things done. And thankfully the City Council found the nuggets to do it.”

"So much of this city’s progress and success is because of Ed," said Jennifer Anderson, deputy director of Laconia Motorcycle Week Association. She remembers working with Engler as recording secretary for the Colonial Theatre Oversight Committee. "One meeting has always stood out to me because I knew, at that very moment, the theatre would come to fruition," she said. The committee found out the project did not receive the anticipated tax credits. "Ed looked at each person and said, ‘what are we doing? We are acting as if this is ‘just’ a committee, with the task of ‘just‘ handling another project ... That is not what this is. We are business people and we need to treat this project like it was one of our own businesses," she recalled. "At that moment, I knew it would be a success... His legacy will forever live on in the success of this city."

Andrew Hosmer, who succeeded him as mayor, said “Ed stood up for the Colonial Theatre when it was most necessary and difficult to do so.”

From the outset Engler envisioned the theater as a municipal amenity, akin to the library and parks, that would serve as a venue for entertainment, forum for civic engagement and stage for public celebrations. As Eifert put it, “he left Laconia a community with a beating heart,” and as Hosmer remarked, “he reminded us of what holds the bonds of a community together.”

City Manager Scott Myers noted that the reopening of the theater sparked an immediate ripple effect downtown felt from one end of Main Street to the other – and beyond. Vacant or underused properties house new businesses and residences in the first round of significant reinvestment downtown in years.

Less obvious, but no less significant, Engler spurred the city to address the challenges posed by its stagnant aging population and shrunken commercial tax base by tailoring its land use regulations to encourage growth and development. At the urging of the mayor, the Master Plan adopted in 2018 called for “rolling out a welcome mat to encourage growth and development,” both residential and commercial.

By applying innovative land use regulations, particularly performance zoning, the plan offers greater flexibility and incentive to developers while enabling the city to tailor projects to serve its priorities.

As mayor, Engler appeared alongside Dirk Nadon of WEMJ, who hosted a talk show on Monday mornings. Nadon said that Engler took “a genuine interest in having a platform to help people understand the workings of city government.” Although the show represented a significant commitment, Nadon said Engler welcomed the opportunity to “draw people into becoming involved and engaged in their community.” He said the show drew compliments from drive-time listeners saying they could not get out of their cars until the conversation ended.

Myers said that Engler’s tenure as mayor was marked by his “work ethic and attention to detail. He was a very thorough person,” he continued, “with high expectations.” He noted that when the City Council met Engler was in full command of the items on the agenda and approached his ceremonial duties with the same rigor he applied to city governance.

“He brought something unique to marking events like Memorial Day, Veterans Day, and never just went through the motions,” he said. “When he welcomed the top ten graduates or a championship team he prepared and spoke with first-hand knowledge of their achievements.”

“Ed was the right person in the right place at the right time,” said Councilor Henry Lipman. “Competent and thoughtful.” In particular, he cited Engler’s “vision” and “grasp of the big picture” as reflected by his approach to foster a more balanced demographic by applying appropriate regulations and incentives for residential development. “Ed wasn’t a taker,” Lipman remarked, “he was a giver.”

Retired City Councilor Brenda Baer, who sometimes found herself at odds with Engler, said “we will never have another like him as a friend of Laconia.” She said “he did so many things and did them all well.” She said he sometimes stopped by her home for coffee and conversation. “He never talked over you or above you, always had time for everyone without ever disrespecting anyone.”

Matt Lahey, who served as a city councilor and mayor for the better part of two decades, said flatly, “Ed was a game changer in a relatively short period of time.” He explained that Engler understood the role of the mayor was to set, pursue and fulfill an agenda. “He was smart, smarter than hell with a deep understanding of the issues facing the city,” he said. “A special guy, a good guy who did a great job. “We’re lucky to have had him as one of us.”

“it’s a sad, sad day,” said Warren Clement on Engler’s passing. “Sad for his family and sad for his bigger family — the city of Laconia.”

I had the privilege of working for Ed at the Sun for about five years. He always impressed me with his knowledge of our business and his honesty. It was an honor to work at his newspaper.