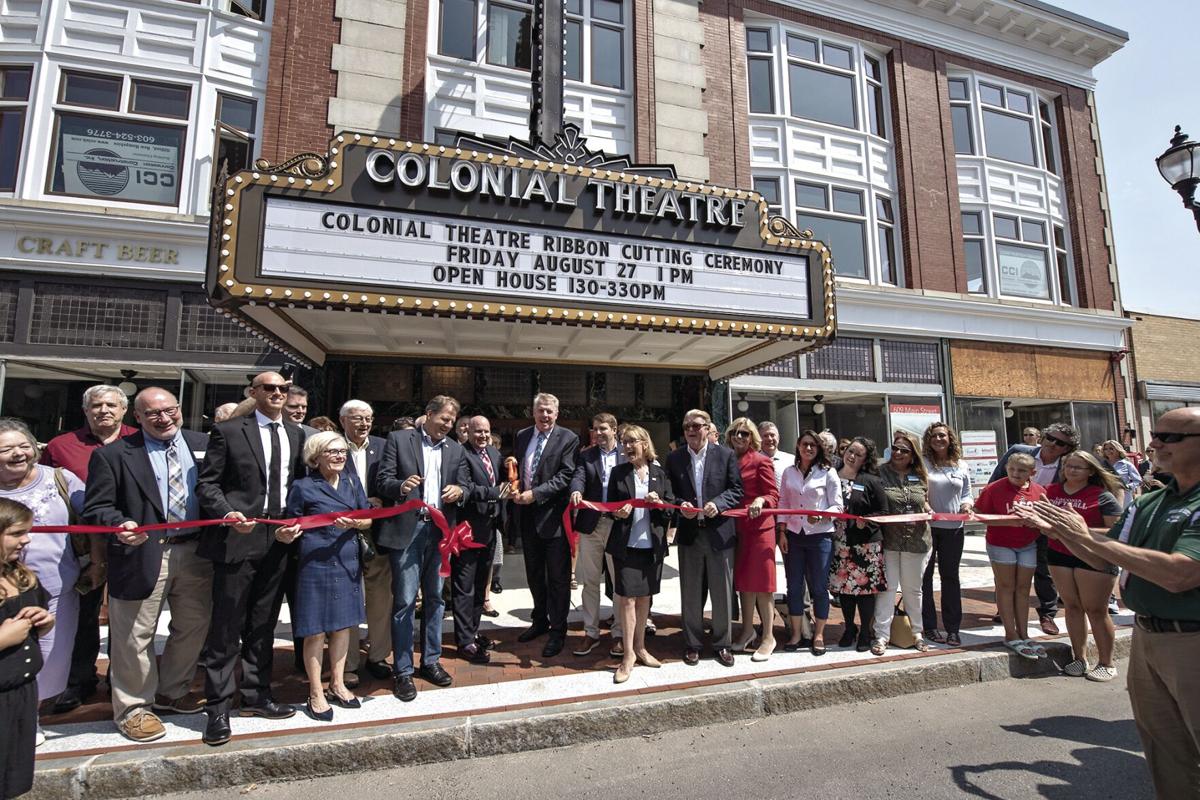 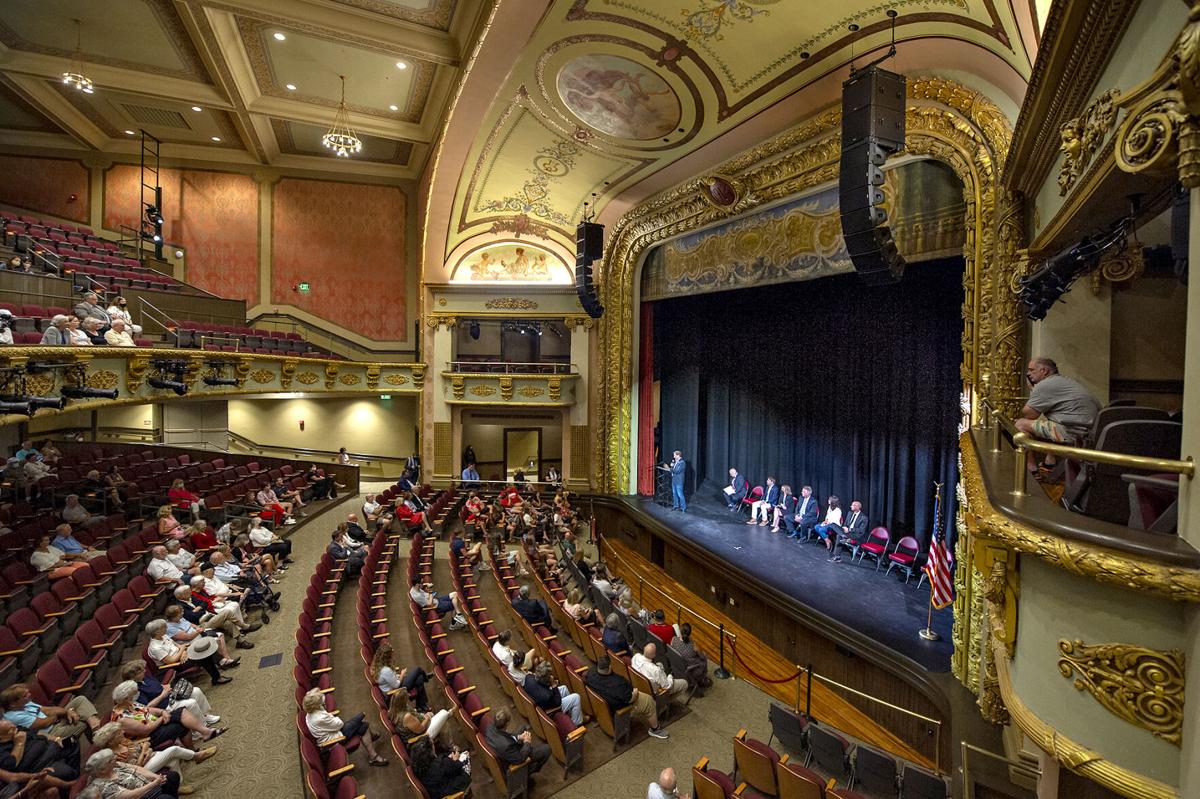 Governor Chris Sununu speaks to the audience in the Colonial Theatre during the open house and ribbon cutting ceremony on Friday afternoon. (Karen Bobotas photo/for The Laconia Daily Sun)

Governor Chris Sununu speaks to the audience in the Colonial Theatre during the open house and ribbon cutting ceremony on Friday afternoon. (Karen Bobotas photo/for The Laconia Daily Sun)

LACONIA — More than a century ago — 107 years to be exact — Benjamin Piscopo built the Colonial Theatre because wanted to bring people together. On Friday, government leaders, members of the local business and civic community and ordinary citizens gathered to celebrate the opening of the Colonial and usher in a new era when the theater once again will become a place where people will come together for community events and to have fun.

About 200 people filed into the restored theater, resplendent with its ornate Italian baroque decor, to celebrate the completion of the $14 million project which began six years ago when the Belknap Economic Development Council purchased the building, although the actual refurbishment did not begin until early last year.

“This was a collaborative project,” said City Manager Scott Myers, who made special mention of former Mayor Ed Engler’s pivotal role in turning the long-dreamed-of revitalization of the downtown landmark into a reality. “Without Ed we would not be here today,” Myers told the audience.

Engler said the commitment of the city to put public money — ultimately $8.1 million — into the project was critical to its success.

“I’m saying thank you to the residents of Laconia.” said Engler, who spoke by telephone Thursday from California where he has been living for the past several months with his daughter and family. “You won. It’s a public auditorium. It’s there. Congratulations to the city of Laconia.”

He said that he had dreamed of attending Friday’s celebration but could not because of his health.

Earlier this year the city named the venue the Edward Engler Auditorium.

BEDC Chairman Chris Walkley noted that in addition to the theater itself, the Colonial project consists of retail storefronts as well residential condominiums. The condos on the second and third floor of the main street building are being developed by Rusty McLear and Jodie Hebert, who were recognized by name for their investment in the project.

Speakers, including U.S. Sen. Maggie Hassan, U.S. Rep. Chris Pappas, and Gov. Chris Sununu, praised the undertaking and predicted how the refurbished theater would bring new economic vitality to the city and the Lakes Region.

Standing on the Colonial's stage, Sununu called the venue "the jewel of the state."

BEDC Executive Director Justin Slattery noted that much of the work was done by local contractors.

“It was a project that was supporting the local economy, even during COVID” when so much building activity ground to a halt, he said.

Engler said there were “so many people” to thank who made the Colonial project possible. But in particular he said credit needed to go to the members of the project’s Coordinating Committee which consisted of Gary Groleau, the chair, along with Slattery, Randy Eifert, Gracie Cilley, Chris Kelly, Andrew Pike, City Councilor Bob Hamel, and Engler himself.

The City Council’s support was indispensable, he said.

“We couldn't have done it without them,” Engler said. “Their resolve was unanimous,” but quickly added: “After considerable debate.”

The council ultimately approved $8.1 million in city funding toward the project.

Also participating in the opening program were students from each of the city’s five public schools who led the audience in the Pledge of Allegiance.

After the speeches and recognitions, the event moved outside for the ceremonial ribbon-cutting under the marquee.