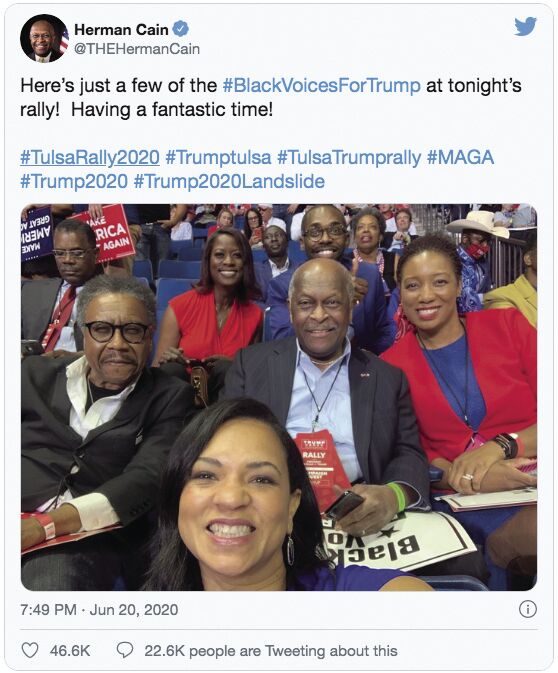 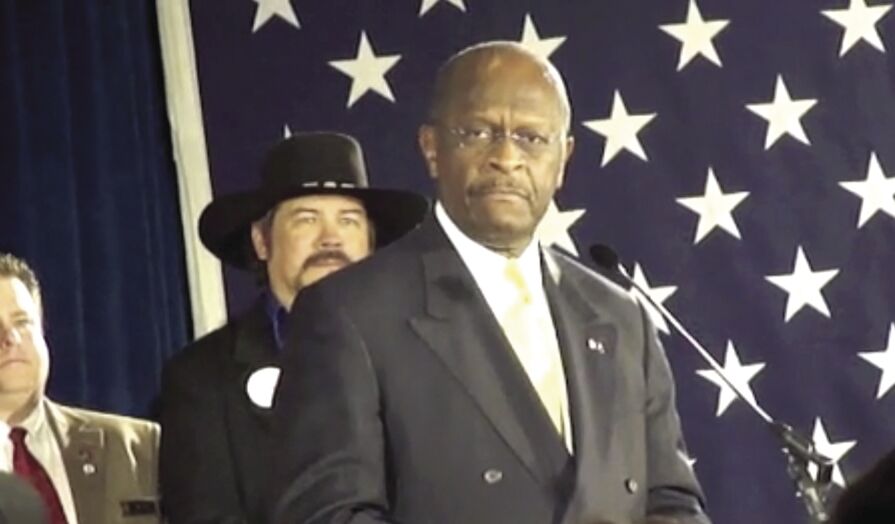 Prominent Republican Herman Cain, a former presidential hopeful during the 2011 campaign season, and outspoken voice for conservative policies, has died at the age of 74 due to complications from COVID-19, according to a post on his official website, hermancain.com.

Cain was hospitalized July 1, two days after being diagnosed with COVID-19 and less than two weeks after attending a Trump rally in Tulsa, OK, that drew thousands.

The post, written by Cain staff member Dan Calabrese, is dated July 30 and begins with the news of Cain’s passing, followed by a verse of scripture from the Bible:

You’re never ready for the kind of news we are grappling with this morning. But we have no choice but to seek and find God’s strength and comfort to deal with it.

Herman Cain – our boss, our friend, like a father to so many of us – has passed away. He’s entering the presence of the Savior he’s served as an associate minister at Antioch Baptist Church in Atlanta for, and preparing for his reward.

Romans 2:6-7 says: “God ‘will repay each person according to what they have done.’ To those who by persistence in doing good seek glory, honor and immortality, he will give eternal life.” By that measure, we expect the boss is in for some kind of welcome, because all of us who knew him  are well aware of how much good he did.

Calabrese goes on to explain that it was Cain’s wish to not detail his tough battle with the virus via social media with the assurance that “doctors thought he would eventually recover.”

Let me deal with some of the particulars of the last few weeks. We knew when he was first hospitalized with COVID-19 that this was going to be a rough fight. He had trouble breathing and was taken to the hospital by ambulance. We all prayed that the initial meds they gave him would get his breathing back to normal, but it became clear pretty quickly that he was in for a battle.

We didn’t release detailed updates on his condition to the public or to the media because neither his family nor we thought there was any reason for that. There were hopeful indicators, including a mere five days ago when doctors told us they thought he would eventually recover, although it wouldn’t be quick. We were relieved to be told that, and passed on the news via Herman’s social media. And yet we also felt real concern about the fact that he never quite seemed to get to the point where the doctors could advance him to the recovery phase.