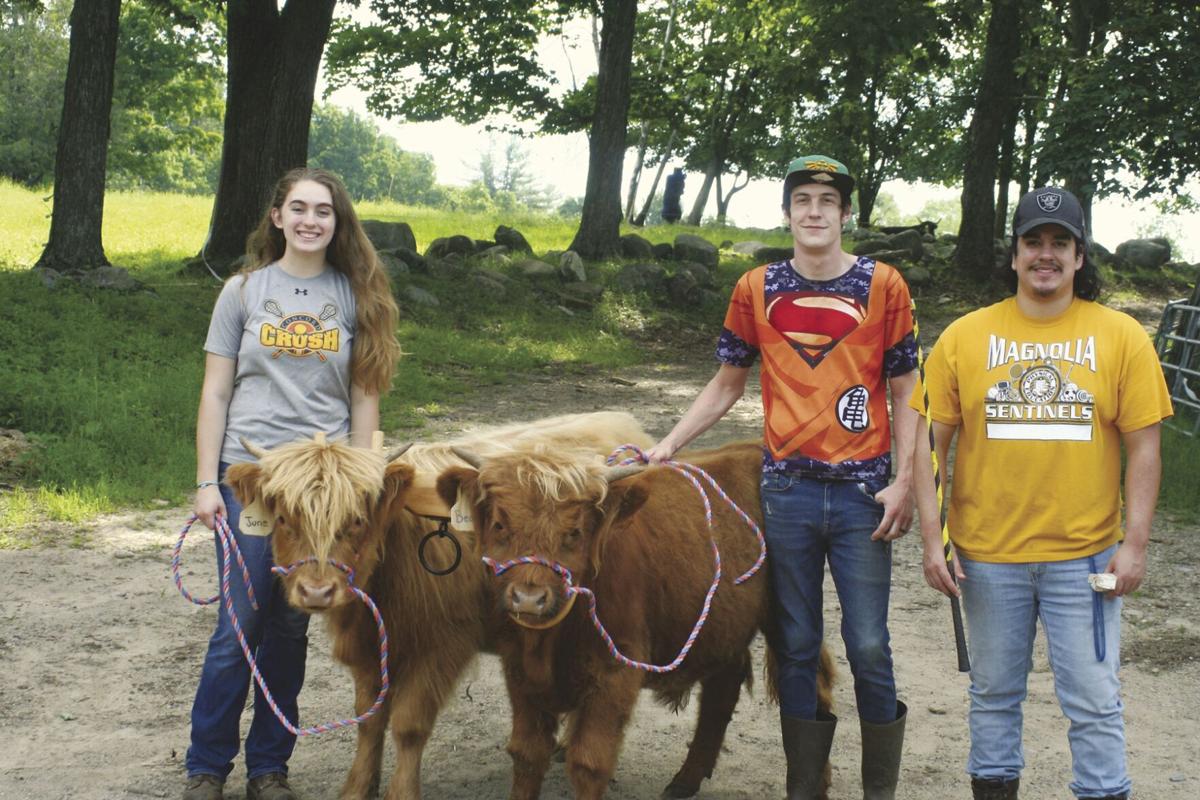 Students Maggie, John, and Jack stand with Bear (left) and June who are in a yoke for the first time. 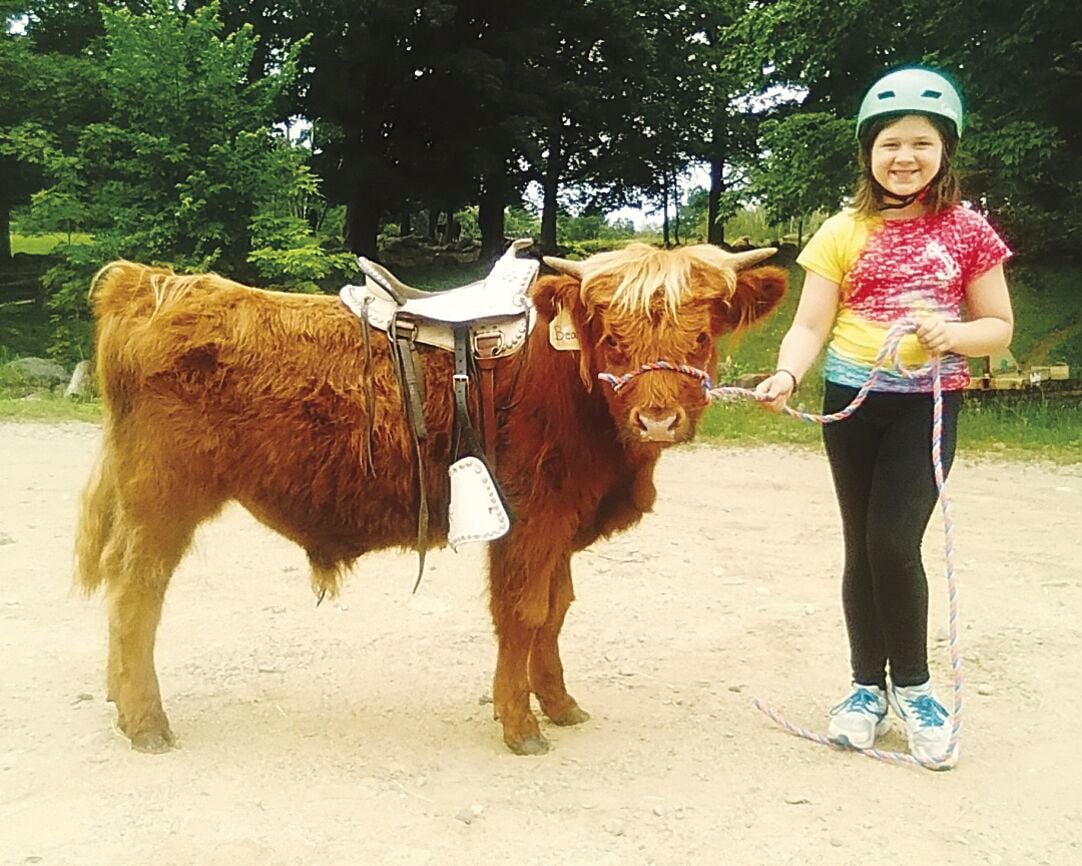 Learning how to work oxen is one lesson in my Farm Training I01 course.

Students Maggie, John, and Jack stand with Bear (left) and June who are in a yoke for the first time.

Learning how to work oxen is one lesson in my Farm Training I01 course.

For the last four weeks, three students have been taking the Farm Training 101 course I teach here at Miles Smith Farm. The course is for adults craving work with cows and who want to get their hands (and boots) dirty on a working farm.

In one session, the students helped treat the hernia of a newborn calf, which, according to Jack, was "a bit yucky." Jack is a New Hampshire Technical Institute (NHTI) student who is taking my course for college credit.

Yearlings In A Yoke

My students have also been training Scottish Highlander yearlings June and Bear to be "working steers" — young cattle that are yoked in pairs to pull loads. At age three and beyond, they are called "oxen."

Working-steer training starts one-on-one. Using voice commands and taking turns, the students taught each yearling to turn left or right by saying "gee" or "haw," reinforced with light taps of a goad stick. Each yearling also learned, "Wait." Naturally lazy, both Bear and June liked the wait command, which was good. Think about it. A teamster often works alone, without an assistant to hold the team. Connecting the pair to a cart or sled is precision work; if the team steps forward during this process, hitching is impossible. Getting a tractor to stand still is easy; set the parking brake. The parking brake for a working-steer pair is the word "wait," and is one of the most important words in their vocabulary.

Another important command is "whoa." Stepping on the brake pedal stops a tractor. "Whoa" is the working-steer equivalent and must be obeyed every time, or somebody'll get hurt.

Convincing a Pair of Steers

Teaching the yearlings these commands was easy; teaching humans how to give the command in a way Bear or June would obey was harder. When I demonstrated the "gee" turn, yearling June got the idea right away, and student Maggie said, "You make that look easy." June had been ignoring Maggie's commands. If the teamster is uncertain or hesitant, the animal will ignore the command. The animal has to be convinced you mean it. Imagine if a 3,000-pound pair of oxen decides to ignore you? Oops.

After completing individual work, the next step was putting on the yoke and securing a bow under each yearling's neck. At this first yoking, Bear and June could have resisted, yanking on their halters, jumping in the air, or even flopping to the ground. Instead, they stood still as if they had experienced this 100 times before. Why were they so accepting? Training.

As the term "working steers" indicates, putting a female like June into a yoke breaks with American working-steer tradition. But in other parts of the world, such as Africa, females are worked in a yoke.

Besides his working-steer training, Bear is also learning how to be a riding-steer. Unlike some young steers that buck, Bear was calm when student John saddled him for the first time and remained serene and unmindful of dangling stirrups as John walked him around the barnyard. Other skills I teach are how to clip a shaggy Scottish Highlander, how to catch a calf, how to ride a steer, and how to lead a reluctant cow. (Hint: have someone walk behind her.)

Sound like fun? Then join me for four affordable, hands-on classes at the farm. You'll get to ride a 1,500-pound steer, train a pair of oxen, and even learn how to tattoo a calf! (Do you think Bear would like a bear tattoo?) Each class is 8-11 a.m. on Saturday and Sunday mornings for two weeks. The next class starts July 10 and is limited to five students, ensuring personal attention from the cattle and me. You don't need to be an NHTI student to enroll; you do need to love cows and have boots that can get dirty. For details, visit https://milessmithfarm.com/hands-on-training.