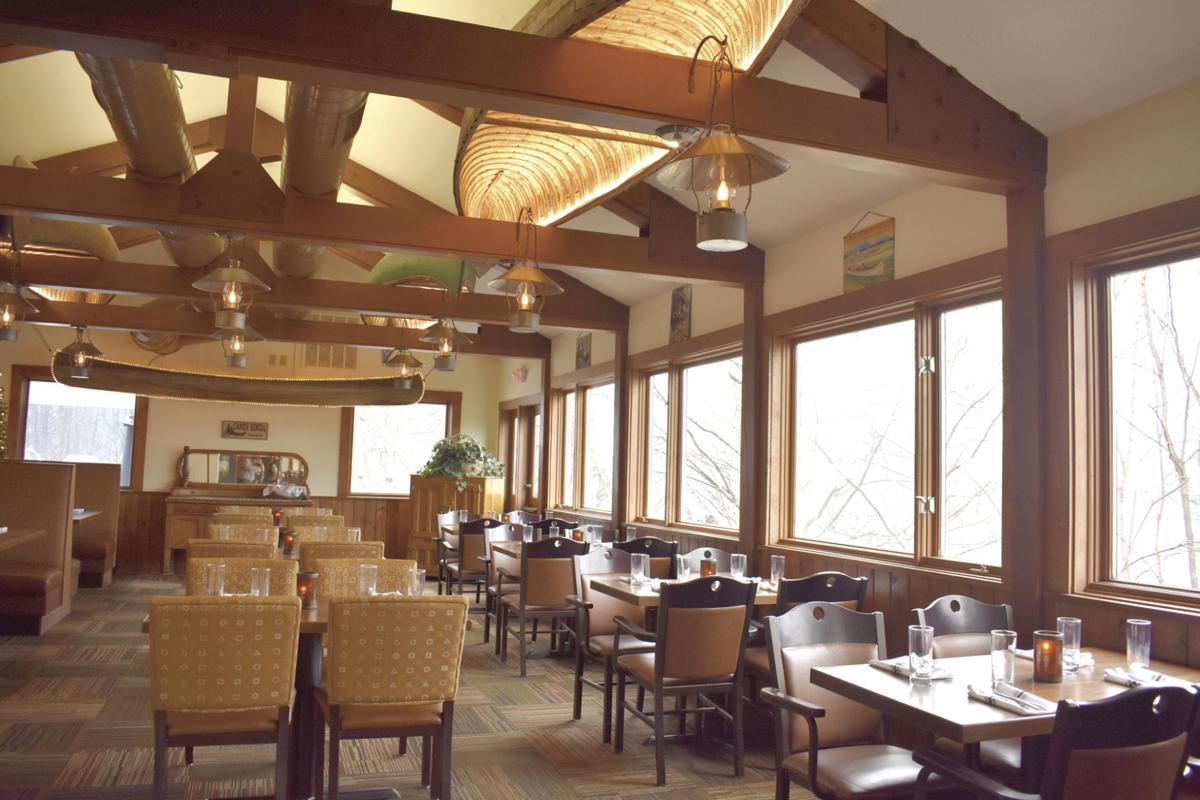 As part of the renovations to Canoe, a restaurant in Center Harbor, a half-wall was removed from one of the dining rooms so that every seat has a lake view. (Adam Drapcho/Laconia Daily Sun) 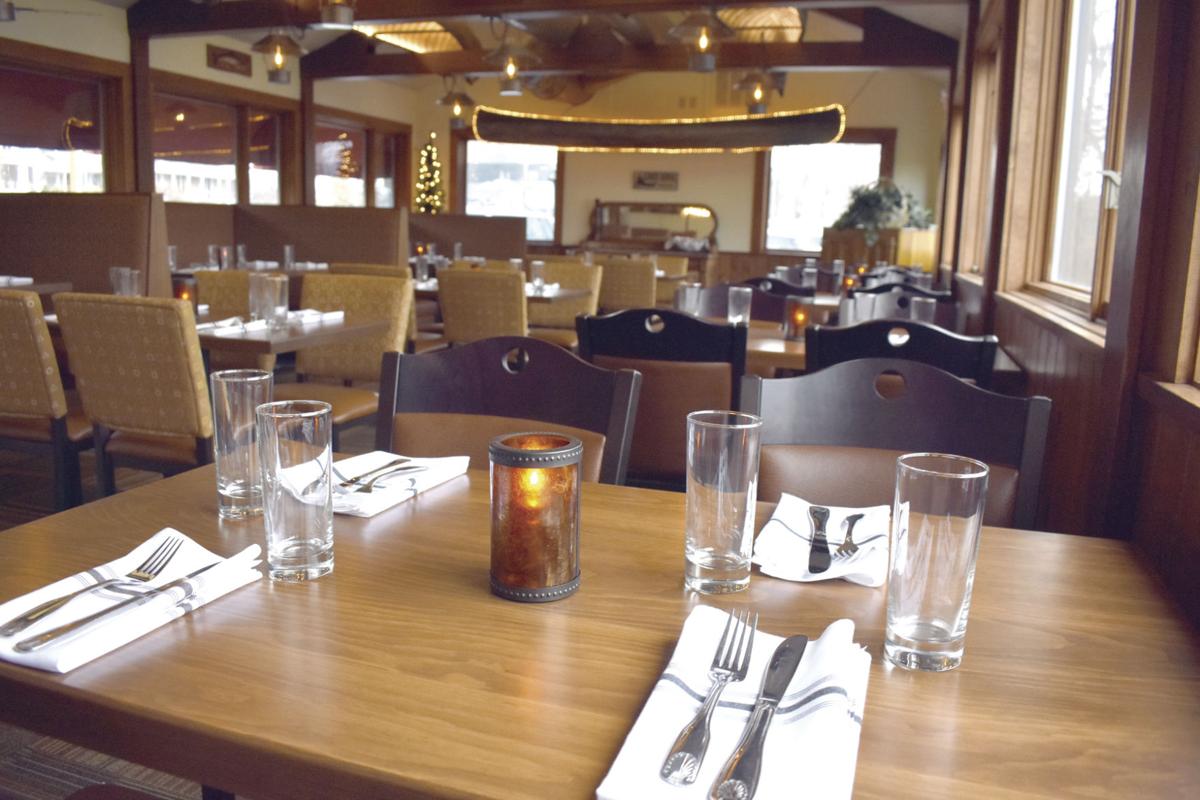 Canoe, which opened 14 years ago, was given a complete renovation this winter and re-opened this week. The restaurant is located in Center Harbor. (Adam Drapcho/Laconia Daily Sun)

As part of the renovations to Canoe, a restaurant in Center Harbor, a half-wall was removed from one of the dining rooms so that every seat has a lake view. (Adam Drapcho/Laconia Daily Sun)

Canoe, which opened 14 years ago, was given a complete renovation this winter and re-opened this week. The restaurant is located in Center Harbor. (Adam Drapcho/Laconia Daily Sun)

CENTER HARBOR — It was 14 years ago that Scott Ouellette opened his Canoe, overlooking Lake Winnipesaukee. He now operates restaurants in Laconia, Wolfeboro, Concord, Bedford and Sunapee, as well as a catering company. This spring, he turned his attention back to his first store, giving it a floor-to-ceiling, wall-to-wall renovation, returning the shine to his first venture.

Thinking back on the day when he opened the doors for the first time, Ouellette said that he wasn’t sure how well his new take on American cuisine would be received by local diners.

“It was a little nerve-wracking at first, we went with a menu that was not very typical to what the Lakes Region was doing,” he said. His menu boasted Ahi tuna, Kobe burgers, and macaroni and cheese boasting chunks of lobster meat. In 2004, those dishes weren’t served in small towns like Center Harbor. He knew it was a gamble, and he said he even prepared a backup plan should the menu to fall flat on its face.

“It was definitely a roll of the dice. It was a different menu from what the area had seen before. It was either going to take off, or we were going to have to change the menu real quick,” he said.

It did take off, though. One measure of his success can be seen in the proliferation of dishes, once only found locally at Canoe, at eateries around the lake. Lakes Region diners like a little lobster in their mac and cheese, it turns out.

The building that housed his first restaurant had always had some minor issues, Ouellette said, and over time those issues were becoming less minor, so he decided that this winter would be the time to give Canoe a total renovation. The restaurant shut down on Feb. 25 and reopened this week.

And the renovation was extensive. New floors, new roof, new lighting, new tables and booths, new plumbing, electrical and HVAC systems. The orientation of the kitchen was changed, so that it now runs along the longer, street-side wall of the building. It’s also an open kitchen, as diners in the main dining room can see into the food preparation area.

The eight-foot bar, which was in the main dining room, has been moved into the downstairs dining room. In its place is a 22-foot bar, which will increase the draught beer list to 8, which Ouellette said will be reserved for craft beers produced in New England.

Actually, most of those beers will be brewed in New Hampshire. With the re-opening, Canoe is also launching a partnership with Tuckerman Brewing Company, in Conway, which will allow the restaurant to pour pints of specialty beers that are otherwise only available at the brewery’s tasting room.

“With this renovation, we thought we’d change the menu up a little bit,” said Ouellette. The new menu items will take advantage of the kitchen’s new toy, a wood-fired oven. The oven, which cooks while infusing wood smoke flavor into the food, will be used for both appetizers and entrees, he said, such as maple scallops and bacon, pomegranate molasses pork bites, chicken, sausages, and short ribs, as well as a few flatbread pizzas.

Some of those, and other new menu items, will showcase ingredients sourced from local partners, such as the New Hampshire Mushroom Company in Tamworth and Lef Farms in Loudon. Since Canoe first opened, local diners have developed an appreciation for food grown nearby, and that’s a development that Ouellette is happy to encourage.

“We appreciate the locals coming to us, we want to keep the local economy working also,” he said. Visitors, too, like to know what the local flavors are. “Every state has got their own strength.”

Long-time regulars shouldn’t be too concerned, though, as the new menu should still feel familiar.

“It’s hard to invent new food, you look at what we were doing 14 years ago, some of those items are still tried and true in the Lakes Region,” Ouellette said. “We’ve tried a couple of variations, but people flock back.”

The same is true with the renovations. Everything is new, but it still has the same feel.

“We wanted to keep that rustic, lake-ish, Adirondack feel to it,” he said. “Just a place you could feel comfortable, whether you’re coming off the boat in flip-flops, or getting dropped off in a limo.”

Canoe, located at 232 Whittier Highway in Center Harbor, is open for dinner daily at 4 p.m., and for lunch and dinner on the weekends.