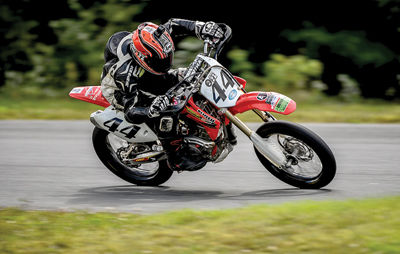 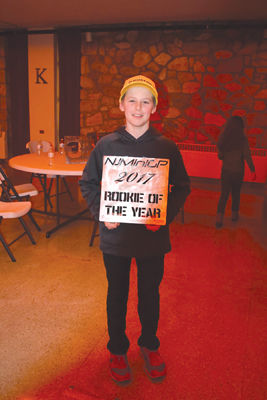 NORTHFIELD — After switching over from flat track motorcycle racing to mini GP road racing, 2017 was a great year of growth for local youth motorcycle racer Ben Gloddy. The 12-year-old from Northfield made great strides and finished out the season as the champion of both the Spec 110 and Pro Classes, second overall in the Spec 50 Class and was named the 2017 Rookie of the Year. In addition to his race program in New Jersey, Ben also attended events in Maine at Boxshop Speedway, multiple Flat Track Races in New York and Massachusetts, as well as road racing and training events in New Hampshire with the Penguin Racing School. In total, Ben finished his 2017 season with 49 podium finishes of which 28 were wins.

“I would like to thank Scott Stump of Stump Racing Kids for providing me with great bikes all season," said Ben. "Without the support from all of my sponsors, friends and family, none of this would be possible.”

Ben will be training on the ice locally this winter as he gears up for his 2018 season. He is really looking forward to upcoming season as he will be making a few more exciting changes to his race program, including the addition of his Argo Cycles Kawasaki Ninja 300. For more information visit www.jamin44.com or “Ben Gloddy – Motorcycle Racer” on Facebook.

Have you signed up to receive the COVID vaccine and, if so, how would you rate the process? Click here to answer