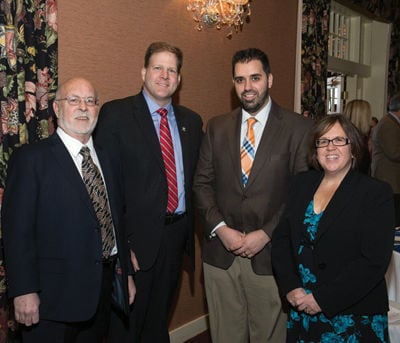 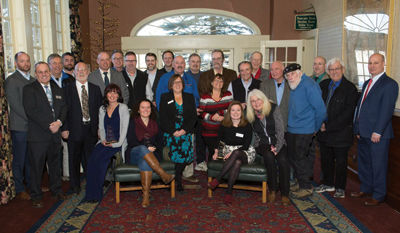 MEREDITH — A capacity crowd of more than 240 people filled the dining room at Church Landing as the Lakes Region Chamber of Commerce held its annual meeting, with the theme “All Hands on Deck.”

The meeting served to introduce new board members as well as presenting the annual Golden Trowel, Golden Hammer, and Environmental awards.

The organization now represents 24 Lakes Region towns and cities with more than 500 businesses, and the awards reflected that large geographical area, ranging from Moultonborough to Loudon.

The Golden Trowel Award recognizes businesses for outstanding renovations and rehabilitations, and this year’s awards went to:

The Golden Hammer Award recognizes new construction, and this year’s winners are:

The annual meeting also saw the installation of a new board and slate of officers.

Chamber President Karmen Gifford said, “It is so important today in business to be connected, and the chamber continually creates opportunities to connect, be it business-to-business or business-to-consumer.”

The Chamber aims to create and promote a more engaged community and thriving economy for the businesses in the Lakes Region, she said.

Winners of the Golden Hammer, Golden Trowel and Environmental Awards for projects completed in 2017 gather at Church Landing in Meredith during the annual meeting of the Lakes Region Chamber of Commerce. (Courtesy Photo)